The tree finally came down on NHDRO’s twice rain-delayed CC Powersports World Finals on October 19-21 at Ohio Valley Dragway near Louisville, Kentucky. When the final stripe was taken, it was Fast Times Motorsports’ Jeff Jones who took home some NHDRO Big Money while a whole field of the world’s toughest motorcycle drag racers took home wins and season championships.

NHDRO boosted the Quicktime Motorsports/Lindeman Performance Pro Ultra 4.60 eighth mile class purse to $5000-to-win for the Louisville race and a full field of badass racers showed up for the richest race ever in the world’s quickest two-wheeled index class. 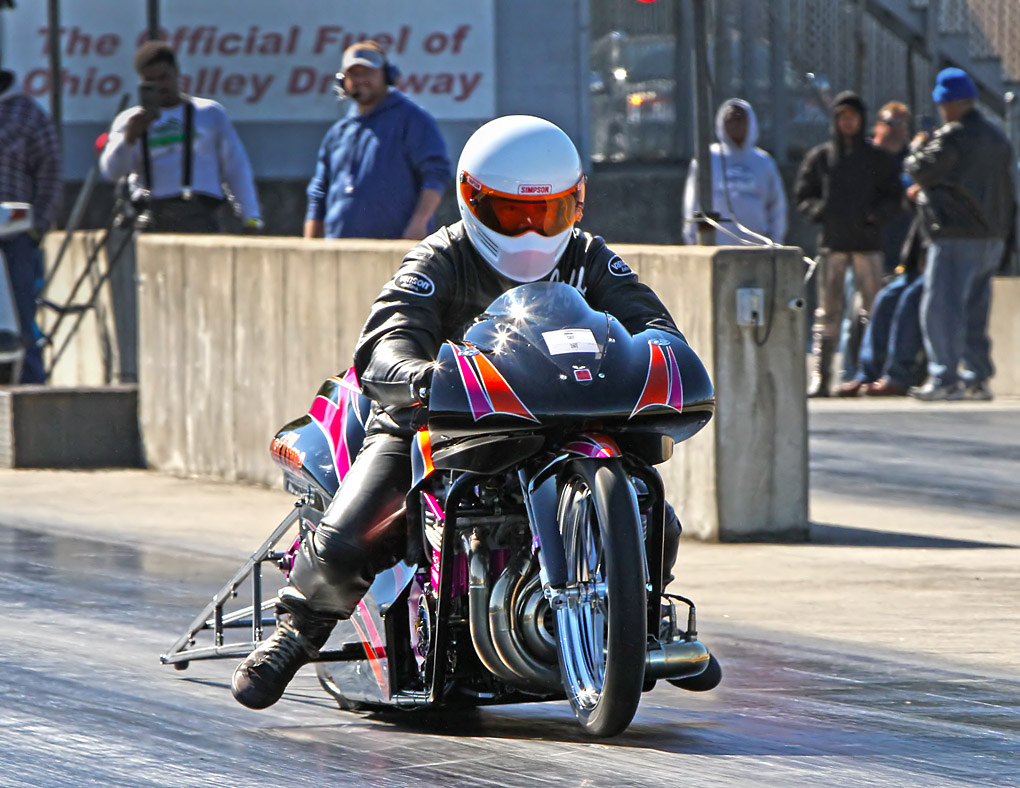 In the end it was Jones against his Fast Time Motorsports teammate (and son-in-law) Chase Morris, with Jones taking the win when Morris—the 2017 class champion—broke out. “Fast Time Motorsports had a pretty good weekend,” said Jones. “Although I wish that the rest of the crew could have been there, we still had a great time with great people.”

Number 1 qualifier Joey Burgess of Jeffersonville, Indiana, fell to Jones in round 2. 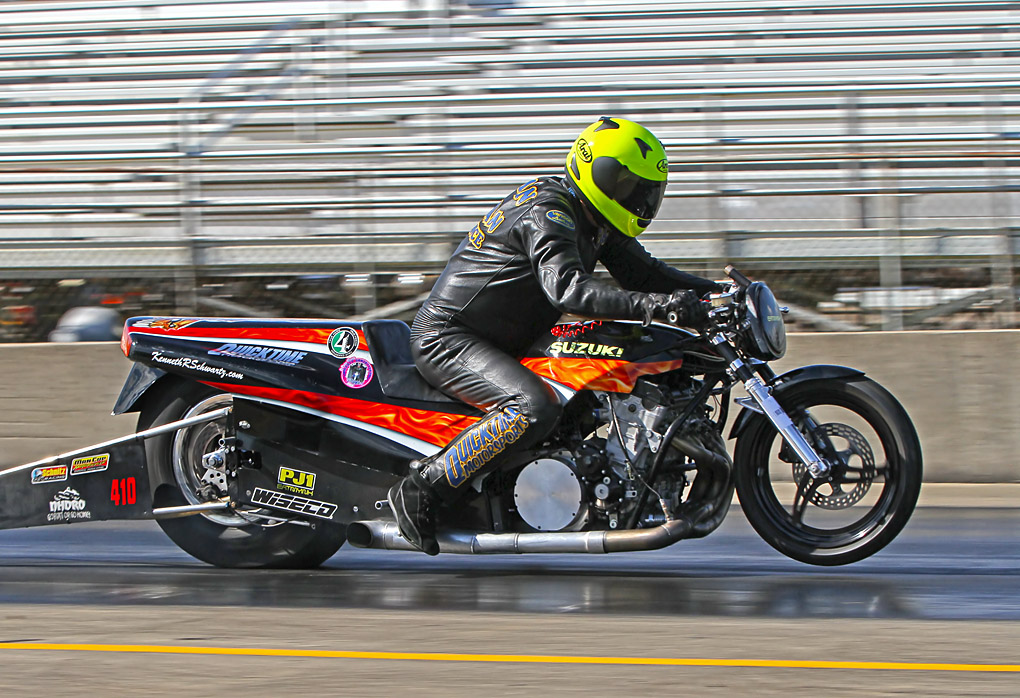 The 2018 Pro Ultra champion is class sponsor Jeff Lindeman, who sealed the deal through consistency despite not having an event win. Two-time winner Jimmy Muntain lost his championship bid in round 1 by breaking out against Indy winner Smokin’ Joe Rodney. 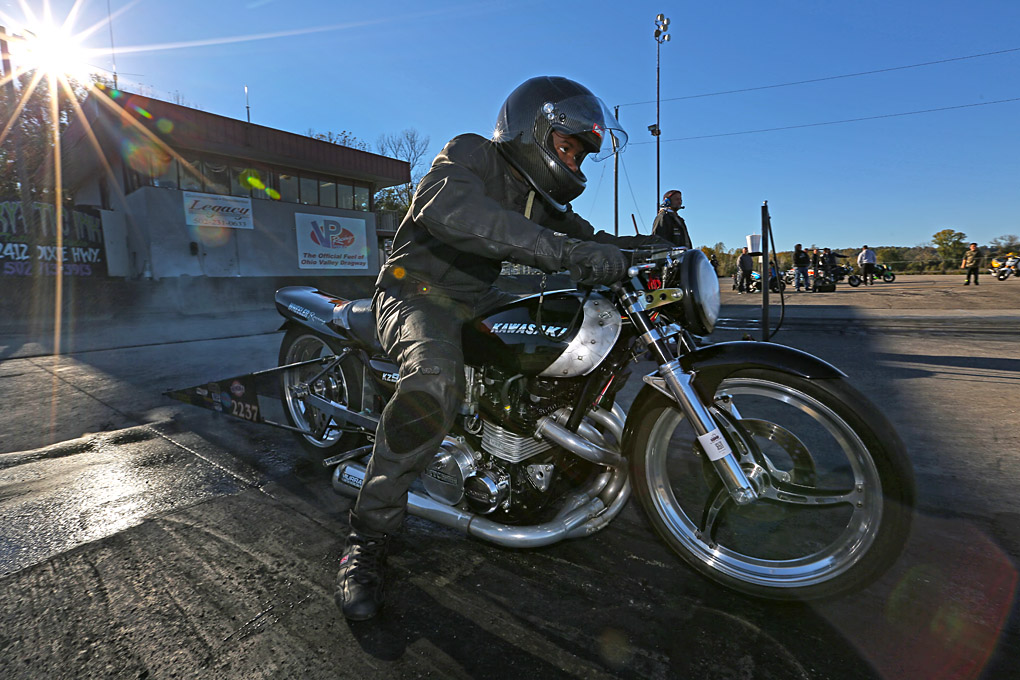 Louisville’s own Deshaun Wheeler brought his full fleet of bikes out to claim NHDRO’s Big 4.60 Money, but it was in Top Gas where the team found success with Mika Wheeler on a beautiful KZ900 dragbike. Mika beat number 1 qualifier David Thompson in the final. 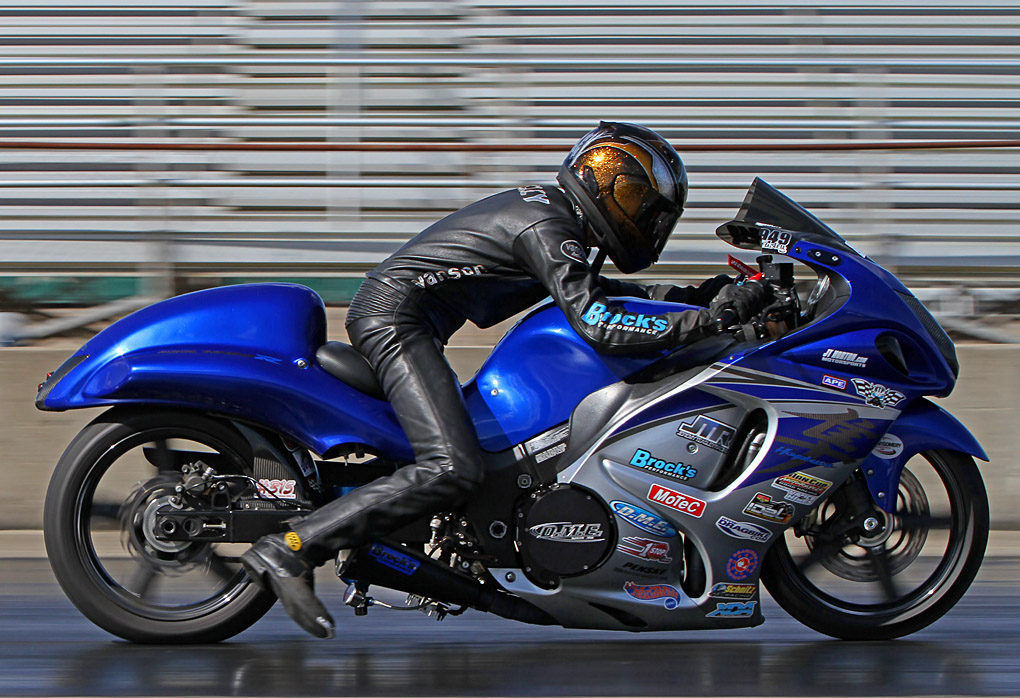 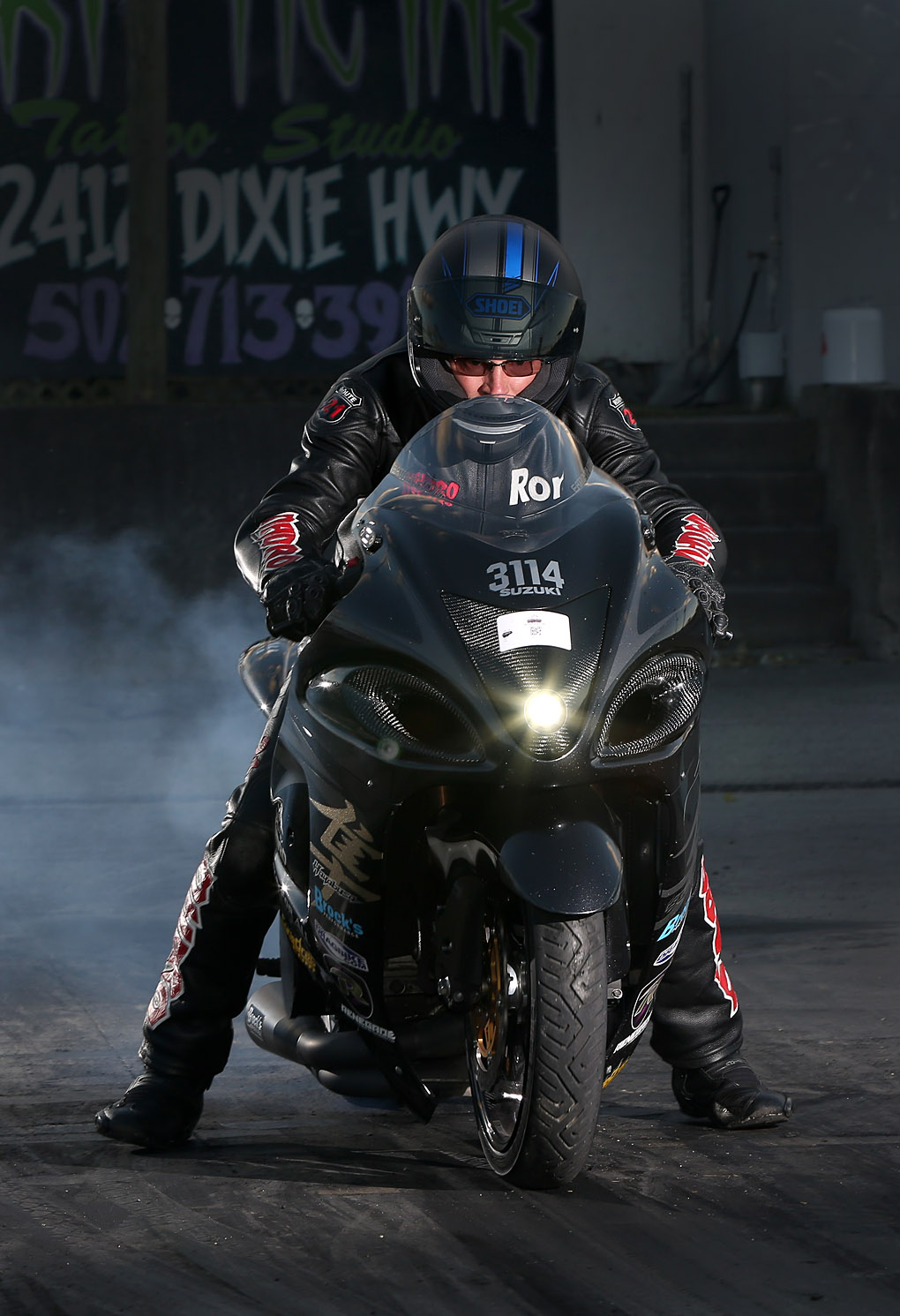 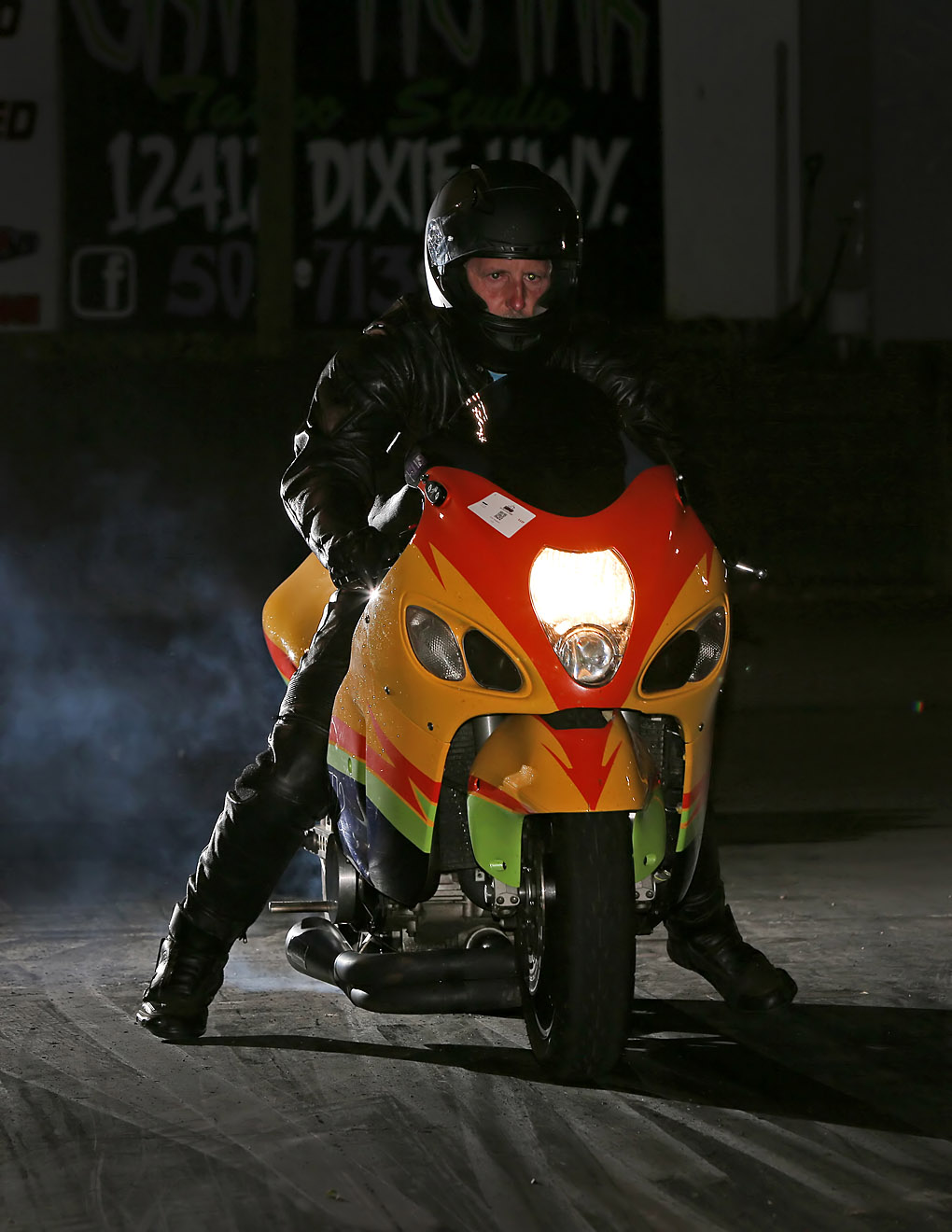 Deadly Dustin Lee took the M2.Shocks Crazy 8s win and championship, beating Arnold in the final round. Lee took out number 1 qualifier Rick Perry in round 2. 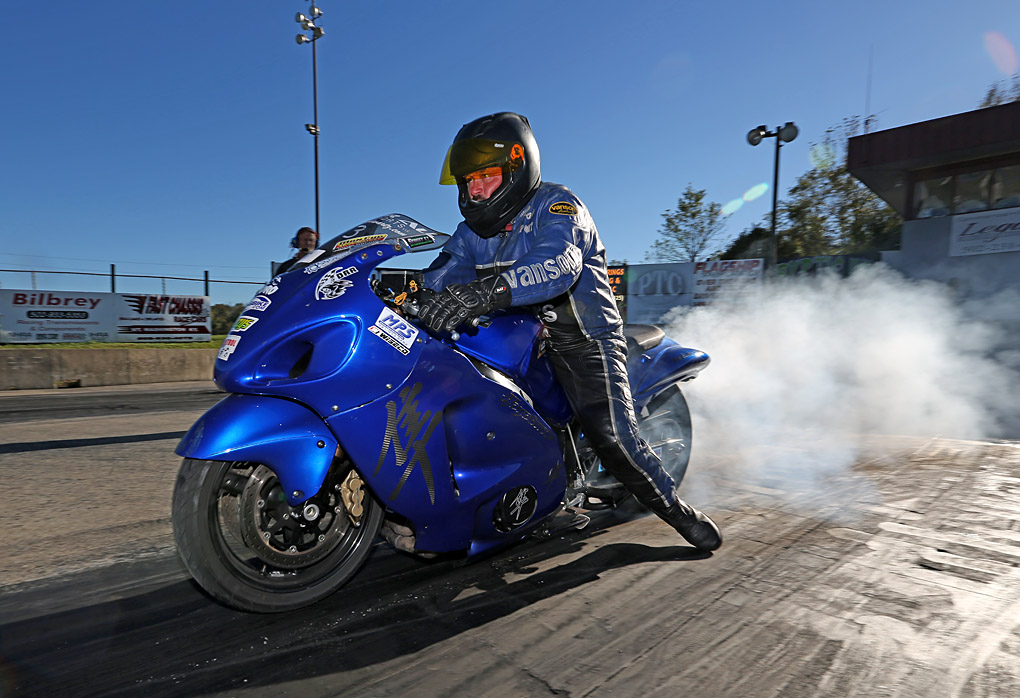 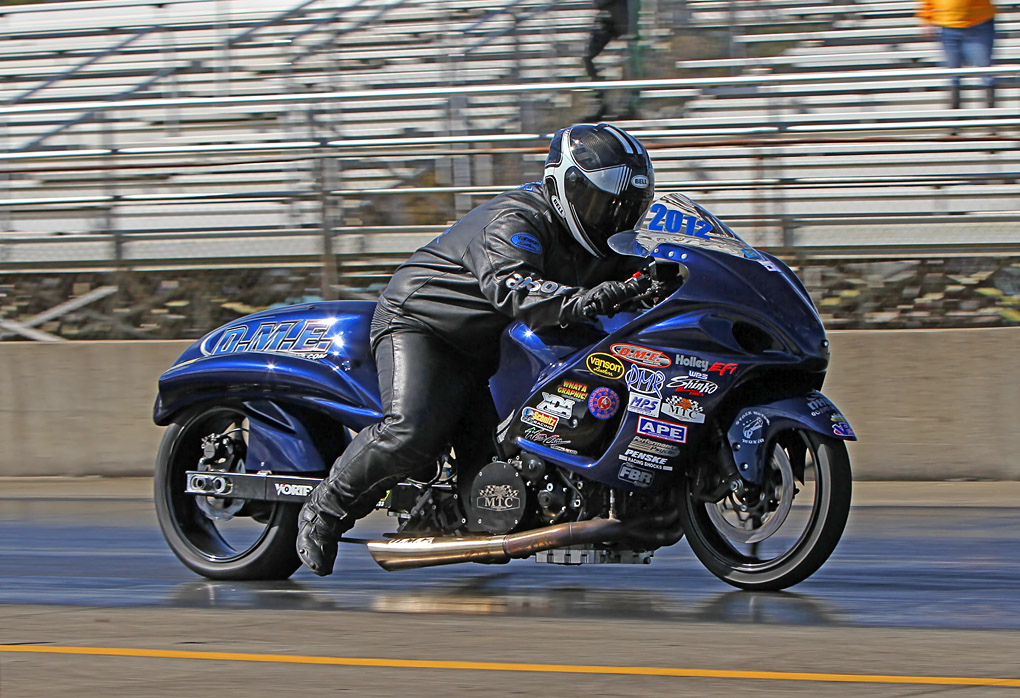 Lee didn’t win an MPS Pro ET race this weekend, though. That right went to Jason Drnach against Michael Hall on Saturday. But Hall broke through for the win on Sunday against Joe “Big” Deck. 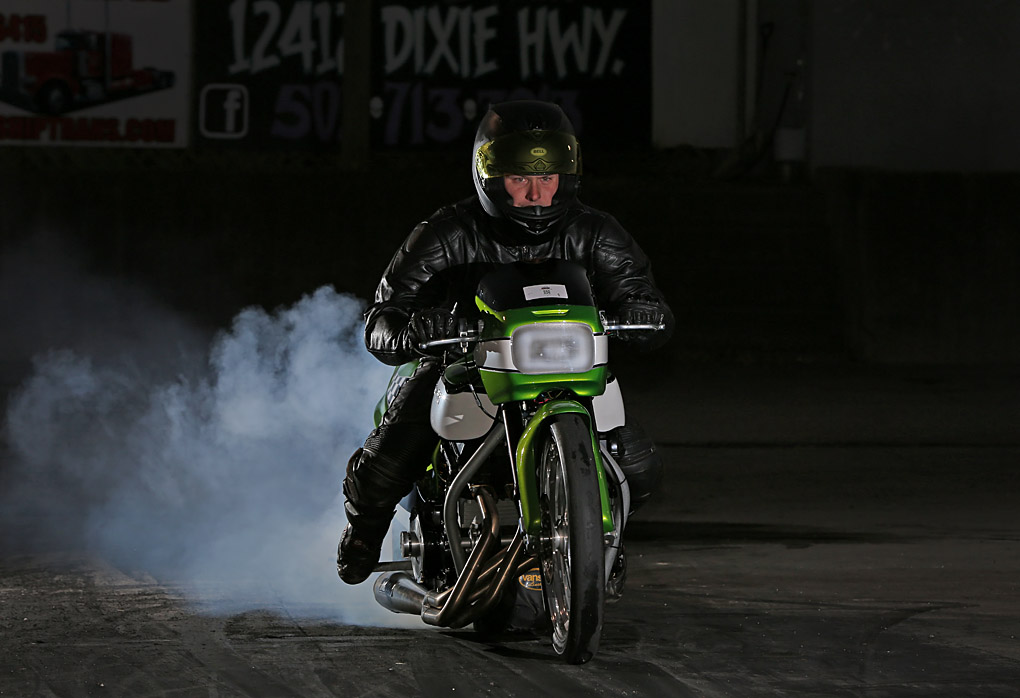 Arnold may have lost the M2.Shocks Crazy 8s final to Lee, but he took the Millennium Trailers Super Comp win and championship in one thrilling final round against fellow multi-class stud Markham—avenging his Street ET loss. 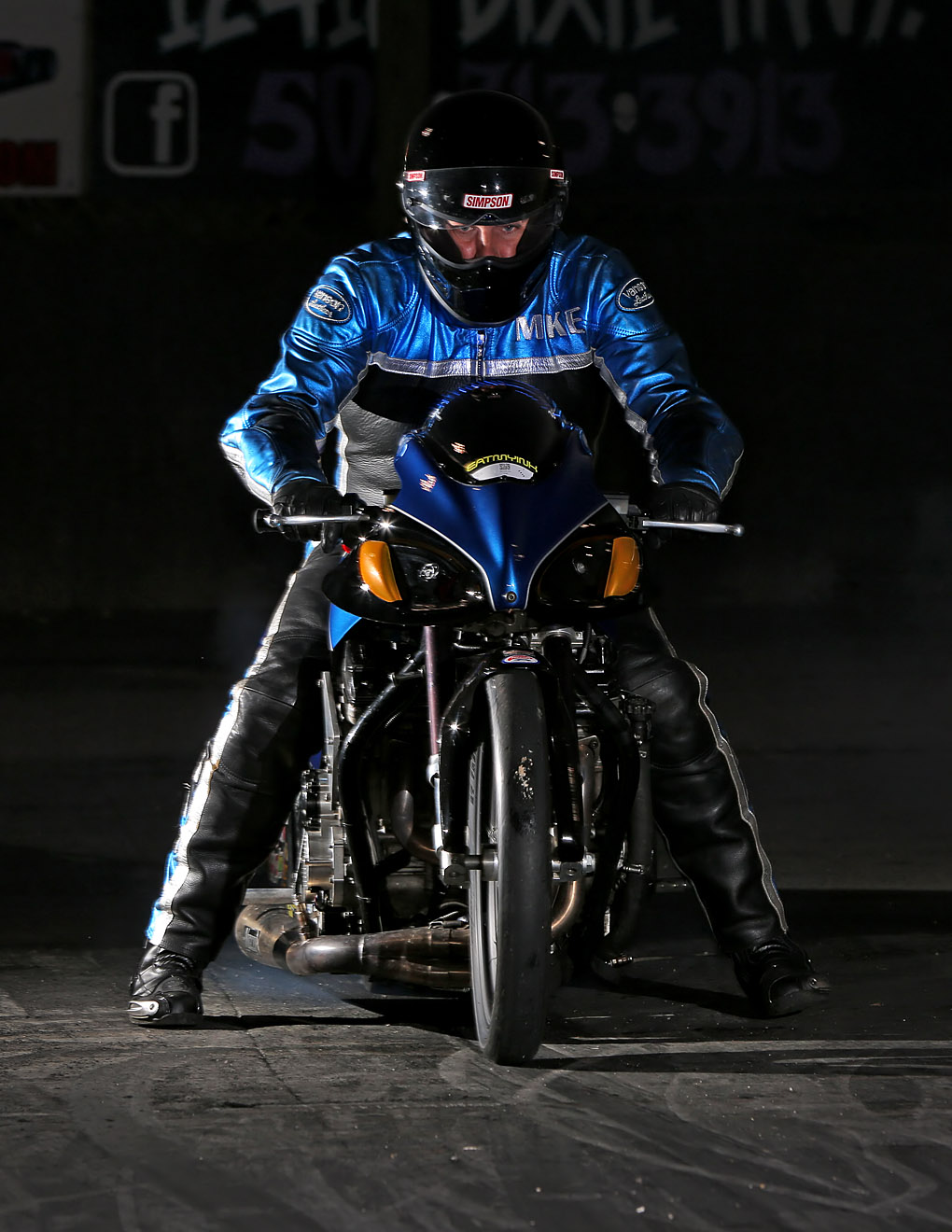 Number 1 qualifier Ken Selner lost to Markham in round 3.

Markham rebounded for the Penske Racing Shocks Street Fighter win over Tony Roberson. And although he lost to Spooky in the semis at Louisville, Jeremy England is the Street Fighter champion. 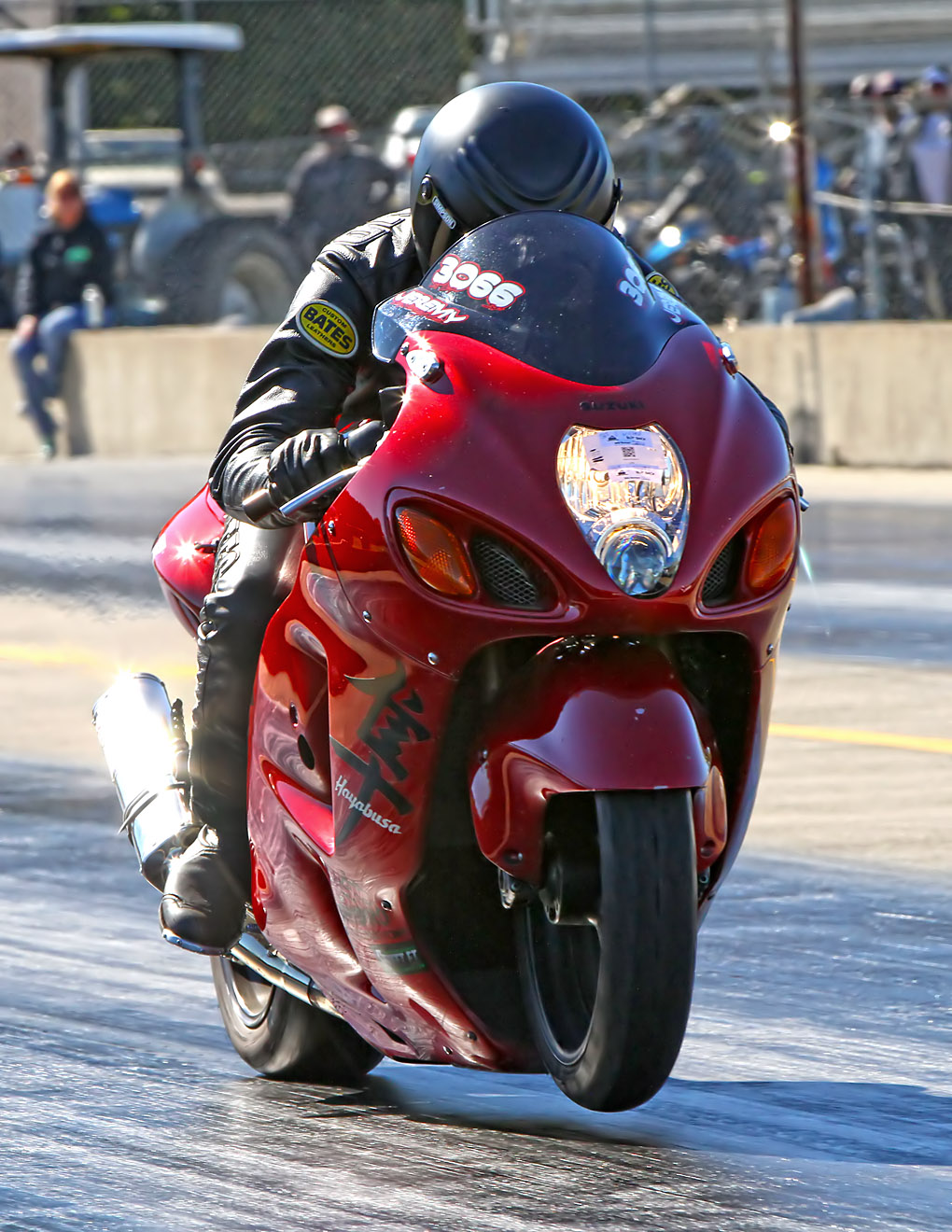 Frankie Stotz parlayed his Atlanta and August Indy wins on his Honda CBR1000RR into his first McIntosh/Grayson Machine & Fabrication Pro Street championship—the first ever for anything other than a turbo Hayabusa since Streetbike Shootout morphed into Pro Street. 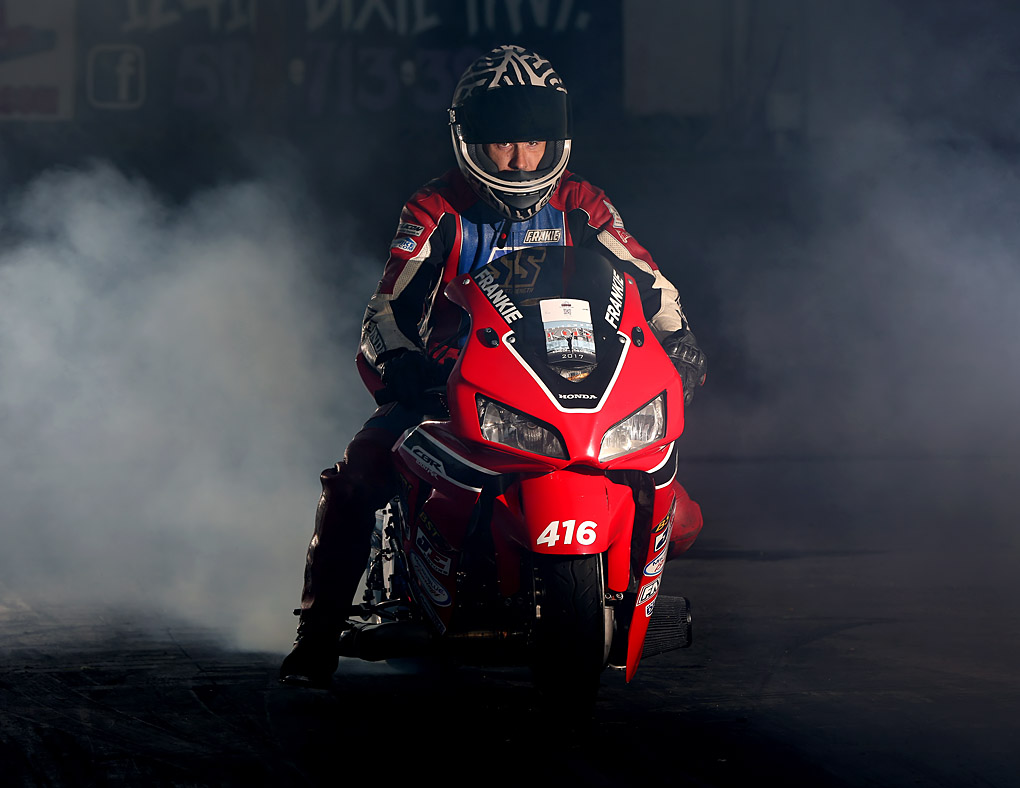 Frankie joins his dad Kent as a no-bar champ. Kent has four Streetbike Shootout championships, his last coming on a Honda Blackbird in 2004. “It’s been a long 11 year road to finally be a champion like my dad, and now that dream has finally come true,” said Stotz. “Fighting an uphill battle, we fought nonstop and never let anything get in our way.”

Frankie’s lightweight combination is an eighth mile killer, and the Honda qualified number one with a 4.48 at 164.57 miles per hour. But that little 1000 works extra hard to make those kind of laps, and in round one of eliminations something gave way in the cylinder head in the back half and Quicktime Motorsports’ Brad Christian got around for the win.

Gateway winner Gaige Herrera nailed a .001 light on Quicktime boss Rudy Sanzottera in E1 and advanced to face Christian in the final. Christian’s chain broke in the waterbox and Herrera took an unopposed win—which was a lucky break since his nitrous-huffing ‘Busa spun at the hit. 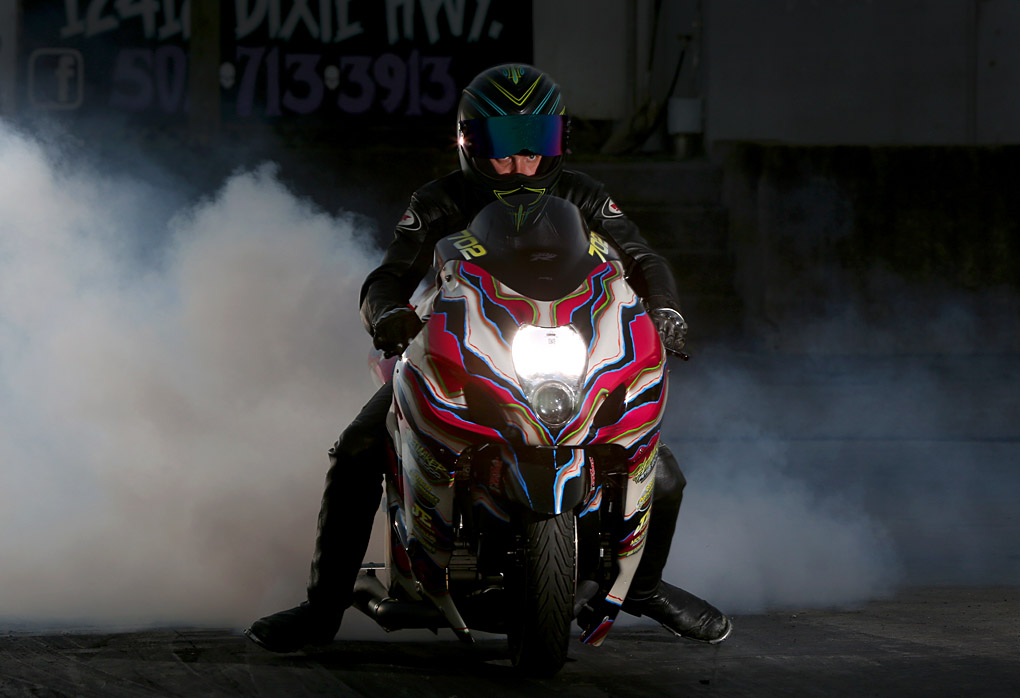 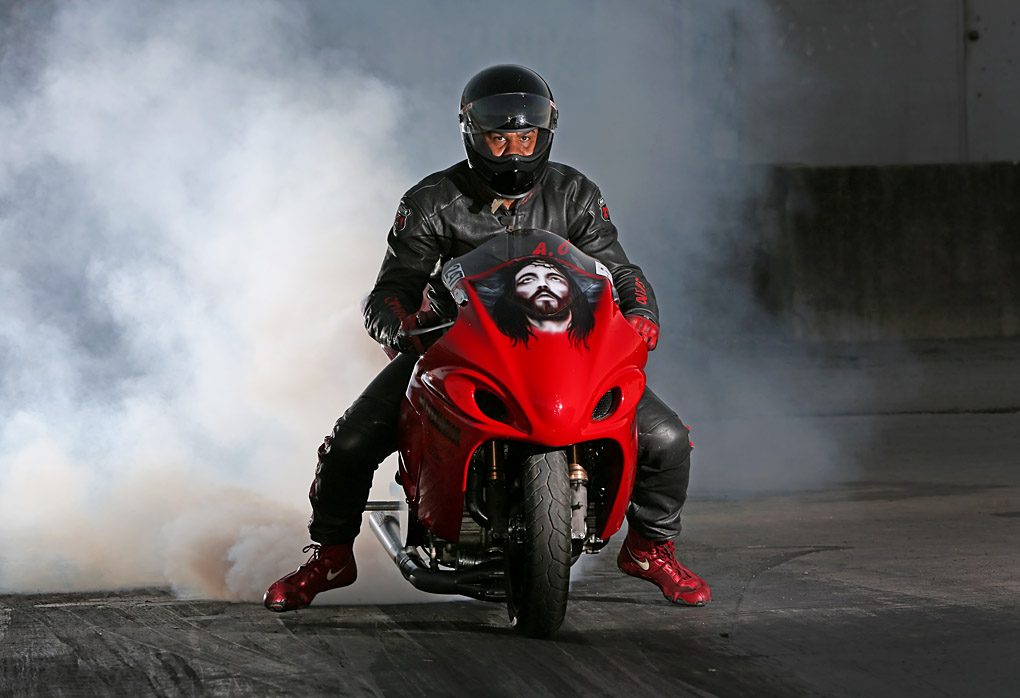 Brian and Niki Welch especially thank José and Tina Gonzalez of CC Powersports for their support of NHDRO and sponsorship of the Louisville World Finals. José made a strong run deep into Sunday’s Street ET field. 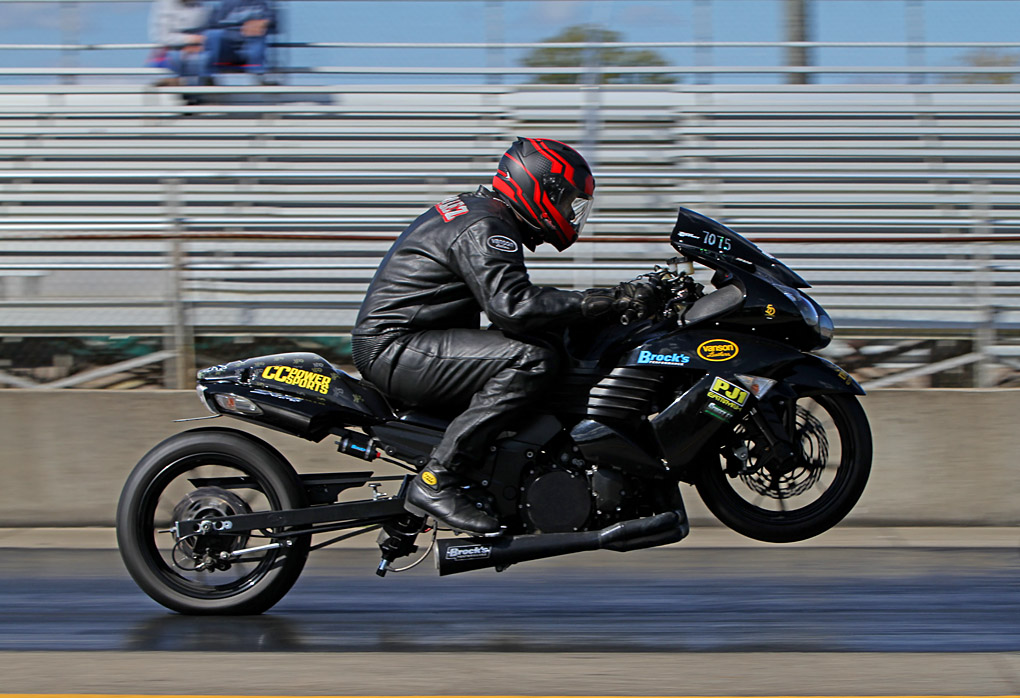 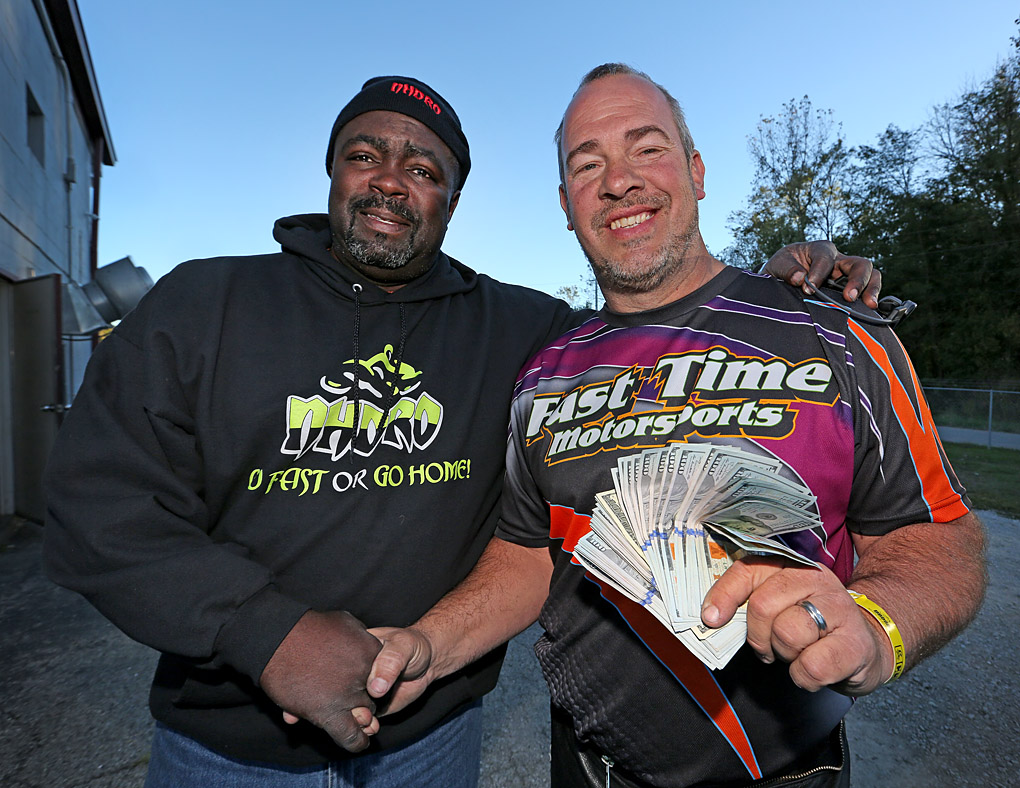 Brian, Niki, and everyone with NHDRO wish all their racers, sponsors and fans a warm and healthy off-season and look forward to kicking off 2019 on April 12-14 at Atlanta Dragway. 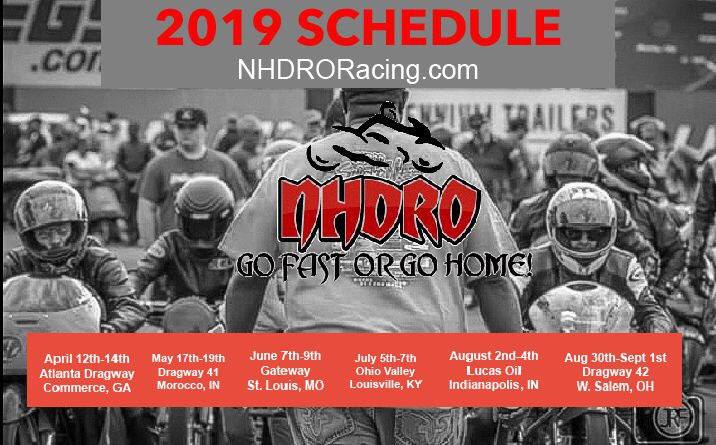