Over the course of a double race weekend, the cream rose to the top at the NHDRO World Finals and Grudge Spectacular. Having most of Sunday’s competition at August’s Summer Celebration washed out and postponed gave Big Timers like Mark Paquette Racing, Brunson Grothus, Dustin Lee and Kevin Adams extra chances at multiple wins against stiff competition at the long, action packed event. 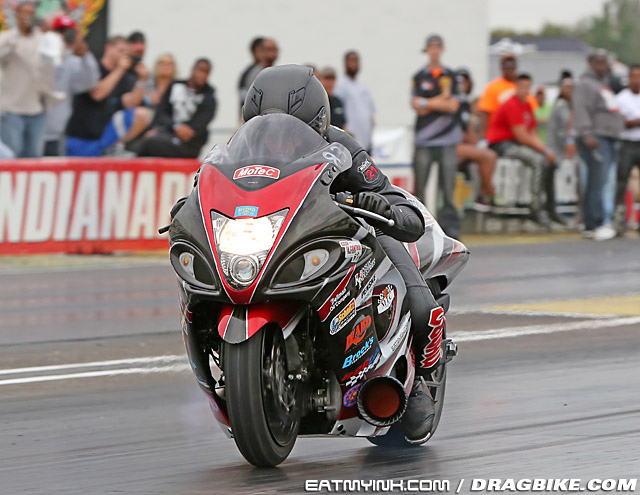 Teammates Mark Paquette and Bud Yoder and their turbocharged Suzuki Hayabusas dominated a big 25-bike McIntosh Machine & Fabrication Pro Street field. The Michigan pair filled both lanes of both finals, taking one each. Paquette qualified number 1 and won the August final over Yoder, and qualified number 1 for the Finals as well with 6.871 at 208.52 mph. 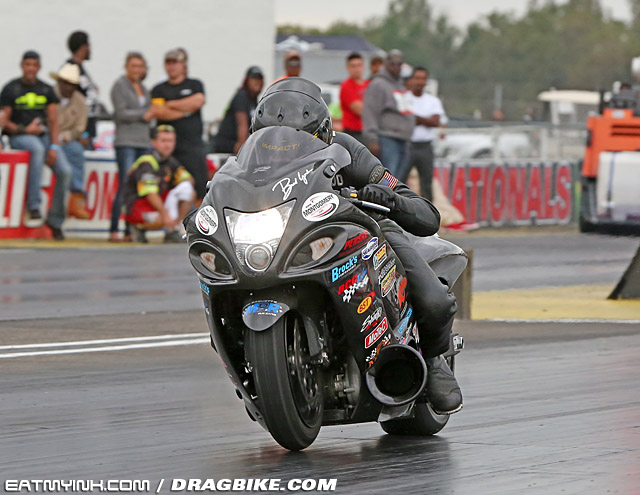 Yoder qualified just behind Paquette with a 6.918, then took out John Chant, quasi-teammate Jamie Lopes, and rising star Matt Lahey on the way to the final. Paquette beat James Hendricks, Richard Gadson, and Rudy “On a Career Weekend” Sanzottera on his way to the final—where he had lane choice. But a -.003 redlight ended the race early for Paquette, scored Yoder the win, and made it an even split for the teammates. Yoder, however, won the ultimate battle with the Pro Street championship. 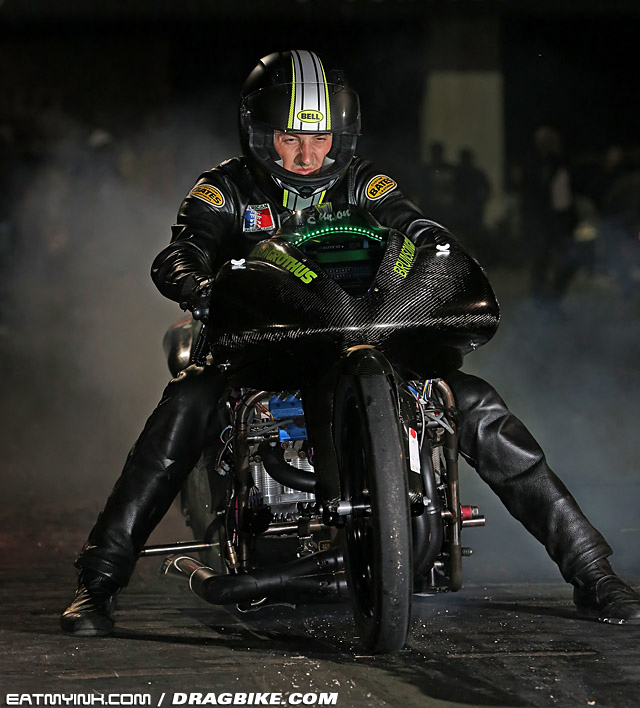 Gadson scored the Pro Comp championship, however, and won that August final over 61-year old veteran Funnybike/Pro Comp champion Keith Lynn, who retired after 42 years of racing. Much of that has been on the iconic gas-nitrous-turbo Kawasakis of tuner Roger Gordon and serviced by octogenarian crewman Leonard Drook. The racing world will sorely miss this hard-working, fun-loving trio of Hoosiers. 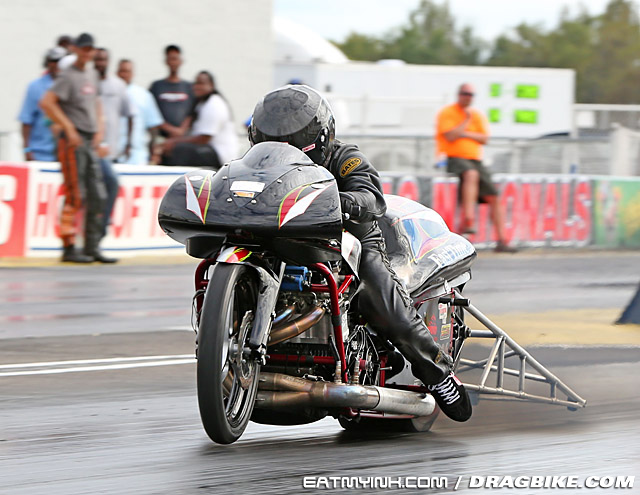 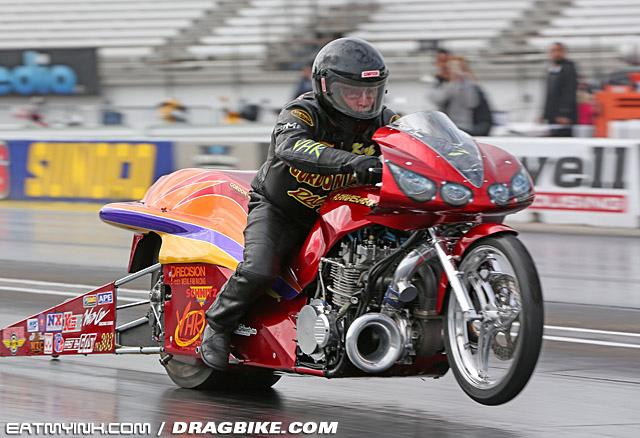 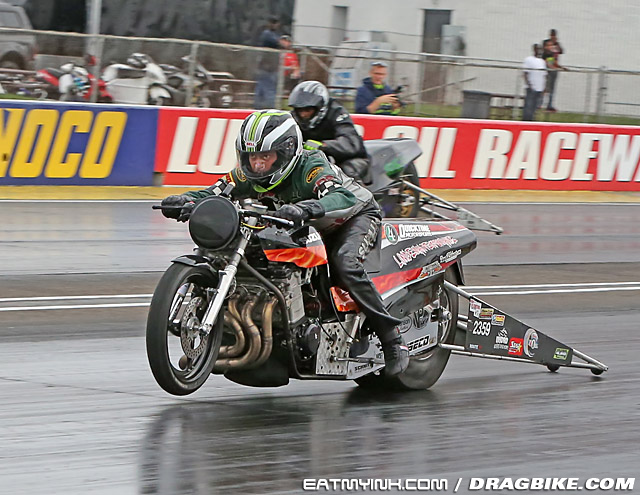 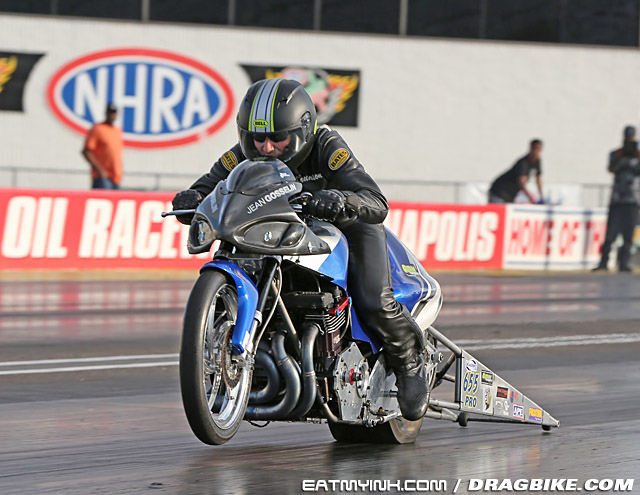 Grothus might have won Sunday’s G&G Metal Spinners Pro ET race as well, but he never got the chance. It was one round too many for his bracket bike, which chucked a rod through the cases in the water box just before the final. That gave Eric Cooper an easy one—not that he needed it. 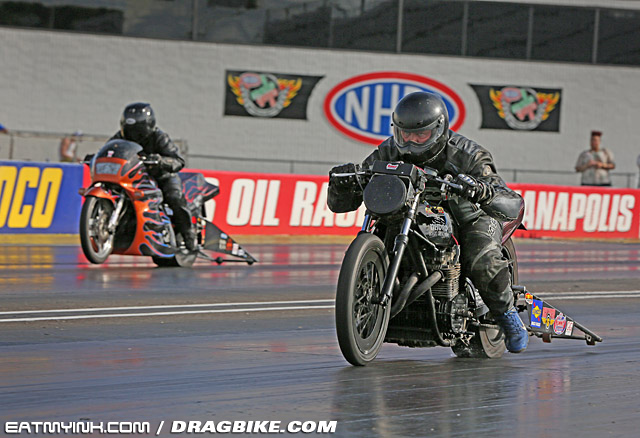 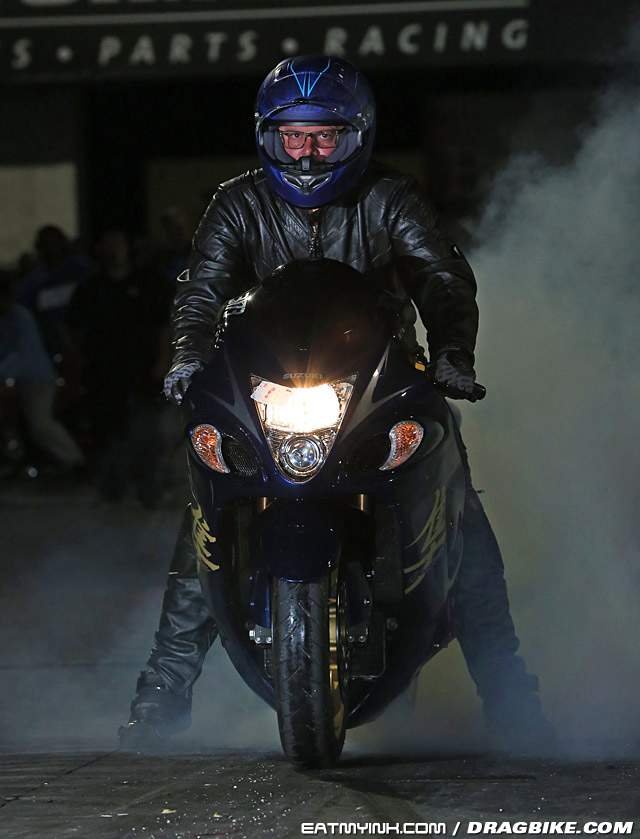 Adams then took the Crazy 8s concept one step further with a winning .008 light against Clark Proctor in the final—a win that scored him the Crazy 8s championship. Adams also won the August Crazy 8s final over Jeremy’s dad James “Crow” Teasley and the Streetfighter 9.50 final over Dave Page—another Ohioan. 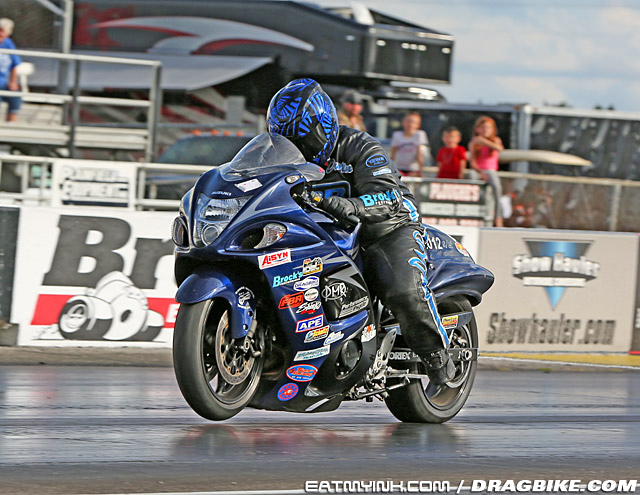 Lee won August’s Dennis Insurance Street ET final over Ron Arnold and Sunday’s Street ET final against Josh “No Known Relation” Lee. Dustin beat up on Arnold again in Sunday’s fabulous Streetfighter final, leaving the starting line only .004 quicker than Ron and running closer to the number in a double breakout race. These wins nailed down the Street ET and Streetfighter championships for Lee. 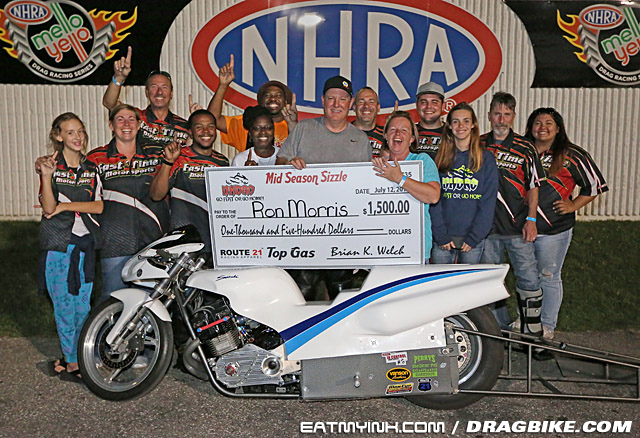 Route 21 Top Gas wins went to Kevin’s brother Craig “Angry YouTube Star” Adams over Heather Wagner Baldi in the August final, and Ron Morris over Kounselor Kenny Schwartz on Sunday. “That man’s been cutting lights all day,” Schwartz said about Morris, and he should know—Morris nailed an .008 on him in their final. 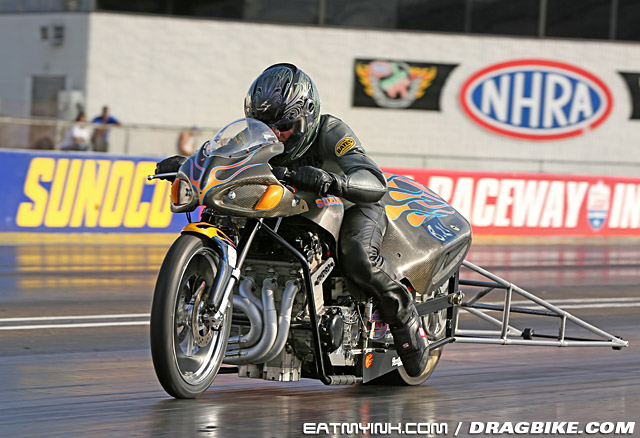 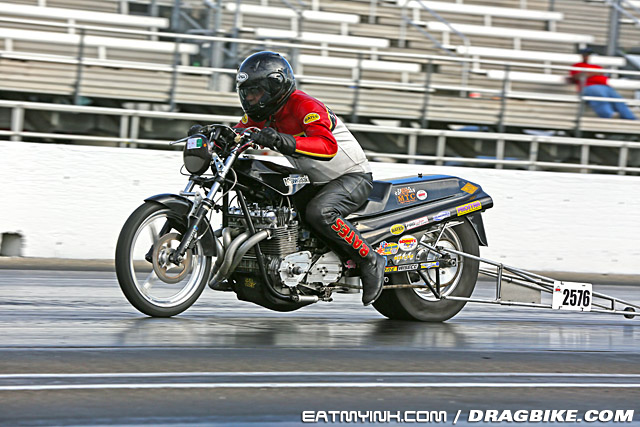 And then there were the 95 bikes tearing it up in the Port-Tech Grudge Spectacular. Unofficial grudge statistician Charles Everett recorded these results: 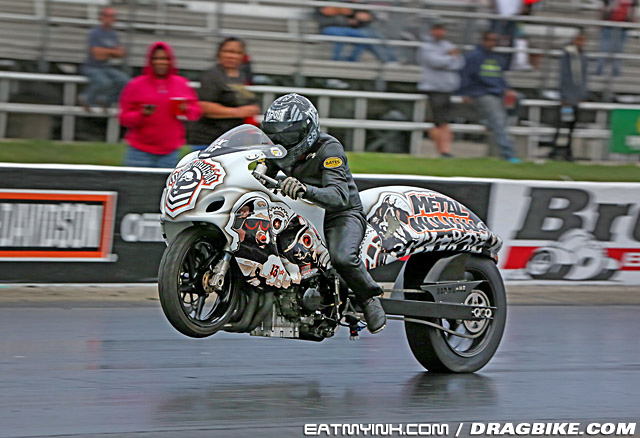 Got all that? Suffice it to say Lucas Oil Raceway had never seen anything like the NHDRO World Finals and Grudge Spectacular. Brian and Niki Welch thank all the racers for their patience on such a busy weekend and their support over the entire season. They look forward to welcoming all the racers and sponsors back to an even better NHDRO in 2016.