Bikes in the Valley 2019: May Race Results

Thank you everyone that came out and supported the Orient Express NY Nationals and Bike Show sponsored by Schnitz Racing and KB Performance. We got Saturday Race completed, unfortunately, Sunday got rain out.

The new SAE Outlaw Performance 60” run it all out Class was a pretty exciting start. James Waugh had the bye run in the Semi Finals, but taking the full pass on his bye, he wiped out his clutches. The other Semi Pair was Mike Tona and Robbie Giumond. Giumond was at a .3 disadvantage all day over Tona and Waugh, so Giumond tried to steal the win on the tree and staged it deep, and ending up taking a stab at the tree, but ended up leaving before the tree came down. Tona took the easy win over Giumond with a ET of 8.66 @ 157.03 MPH. Waugh now with damaged clutch pack, started wrenching on his bike, Tona waited for Waugh, and Giumond ended up pulling is clutch pack out of his bike and putting it in Waugh’s bike for the Finals. Talk about sportsmanship for both riders, was awesome. When the final pair got up to the line, James Waugh had a incredible reaction time for a 60” no bar bike on a .400 Pro tree with a .007 against Mike Tona’s .097. It was a close side by side battle to the end with James Waugh taking a close win with the best pass of the day of a 8.59 @ 161.32 over Mike Tona’s 8.63 @ 156.92.

The Harley Dragbike category BIV and LVD Wednesday night Regular Rich Kopeck took the win on his Street VRod with a double red light, however Kopek closer to the green of a -.030 was good enough over Perry -.137. 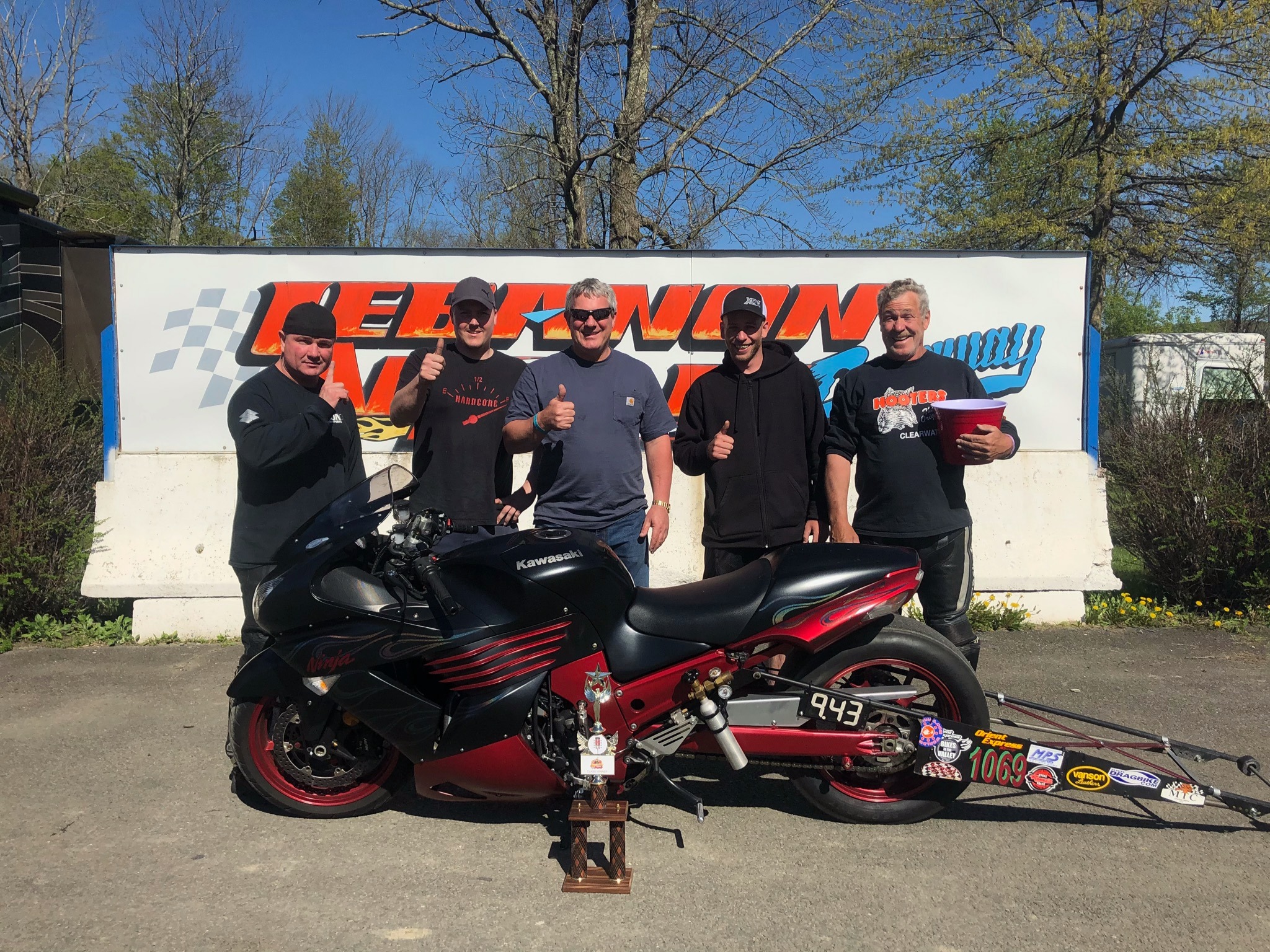 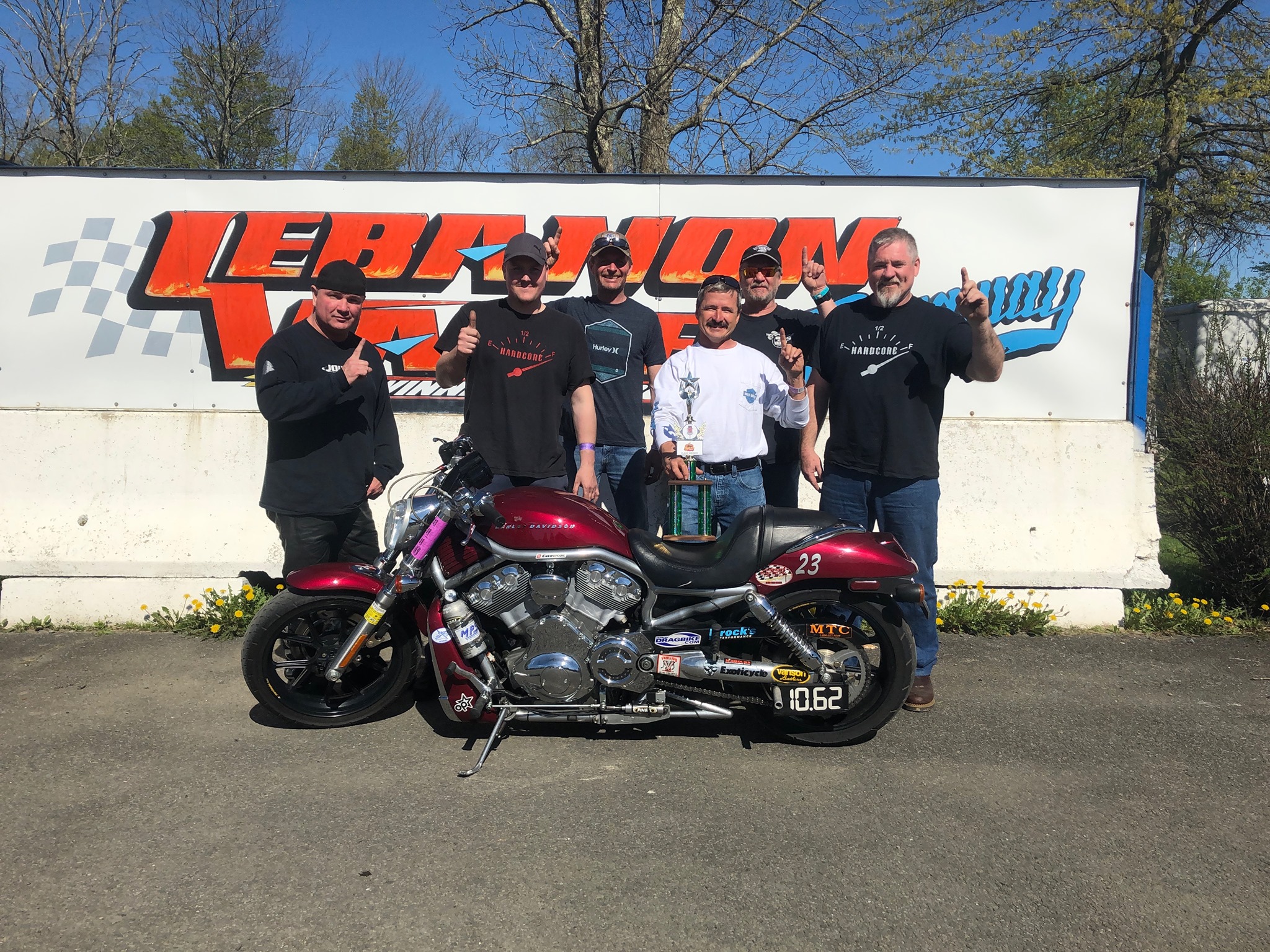 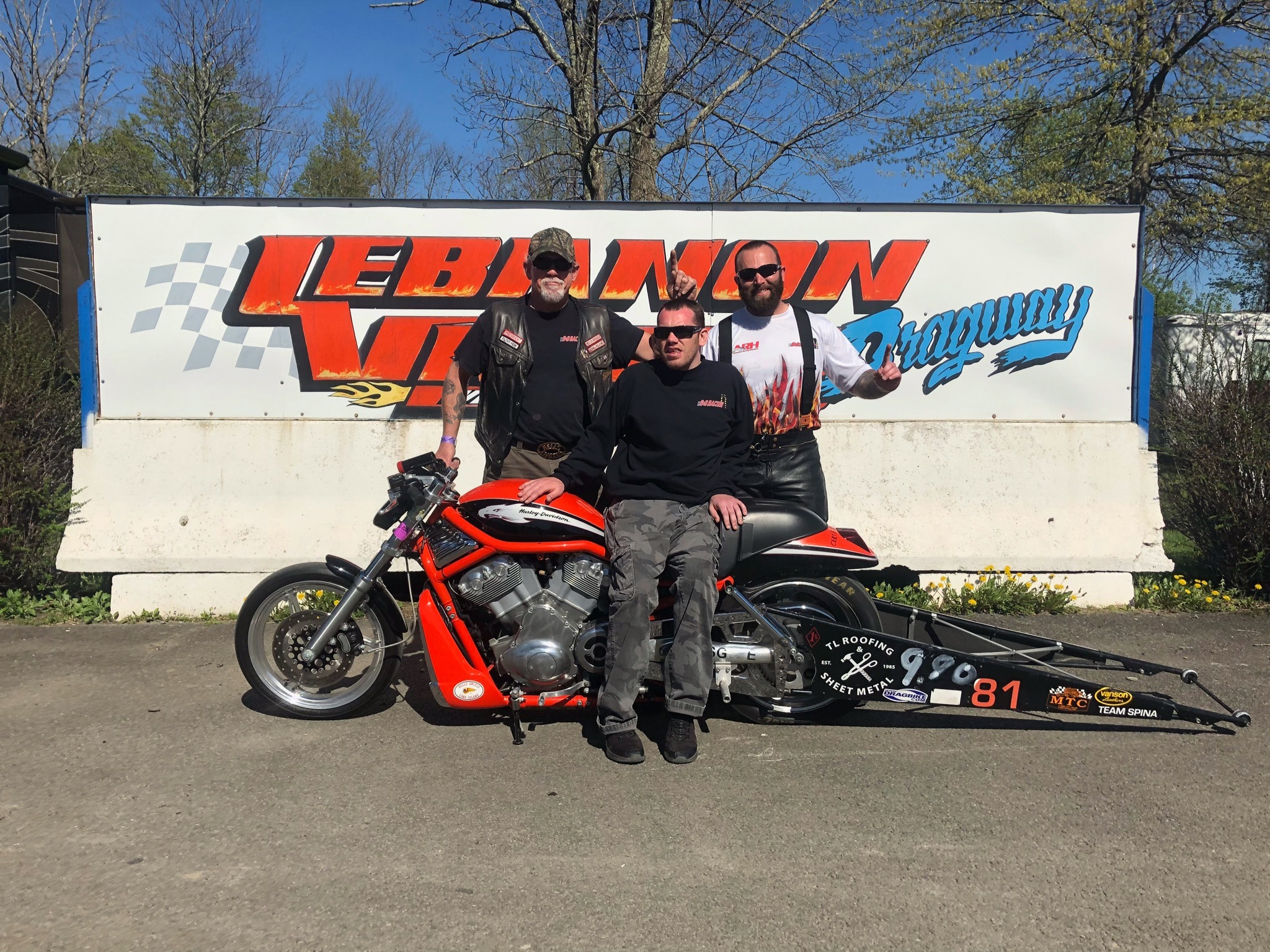 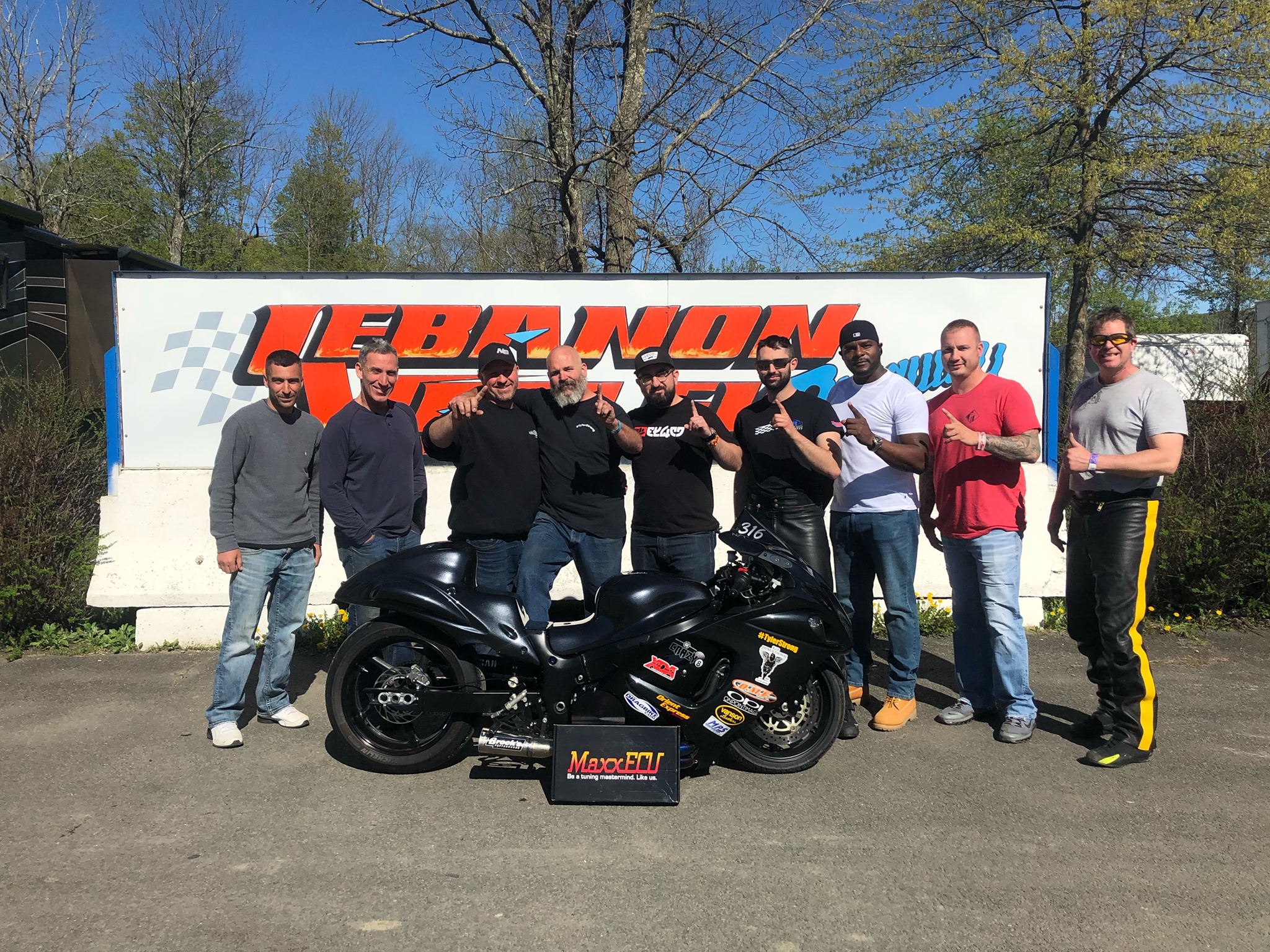 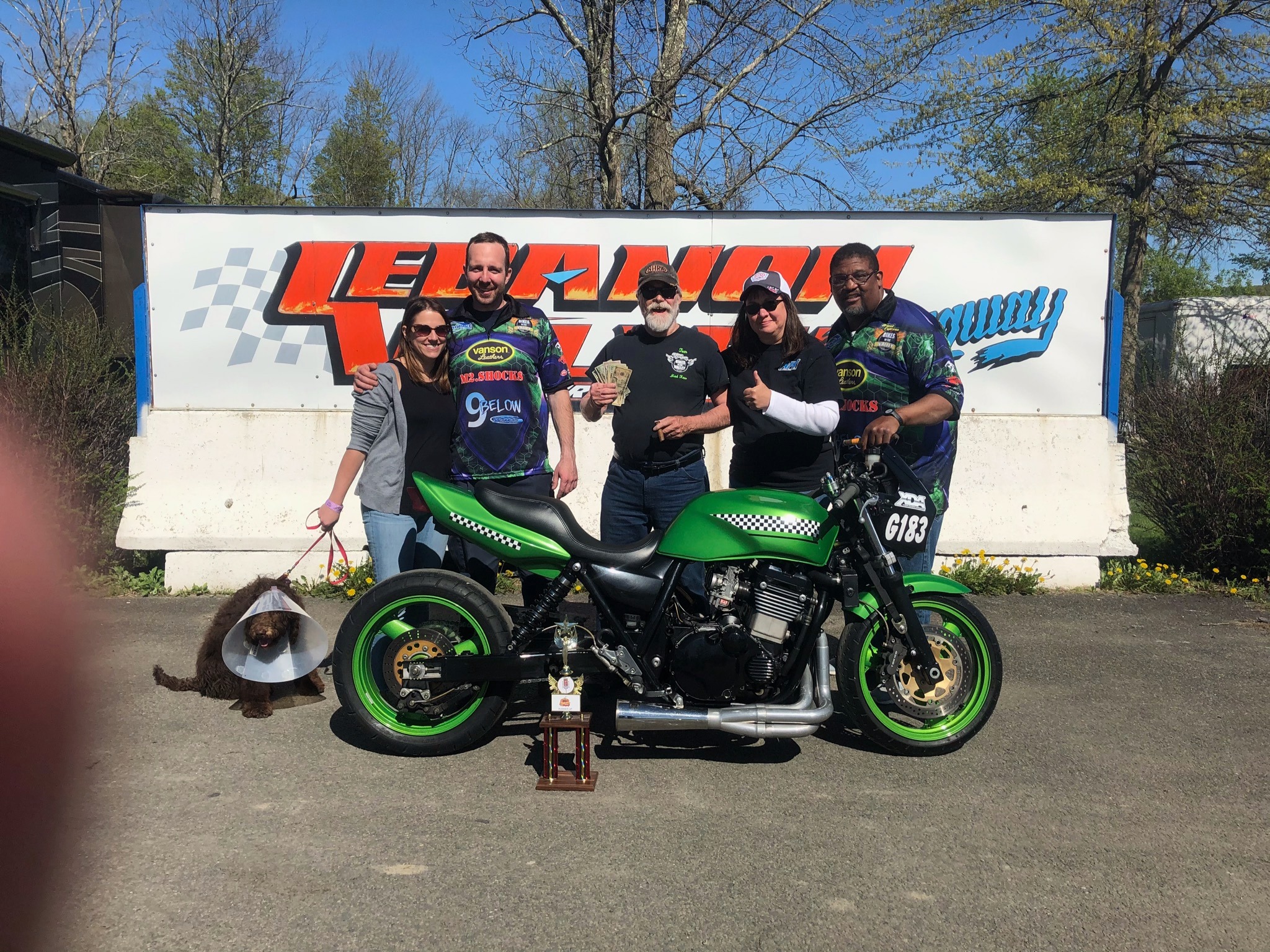 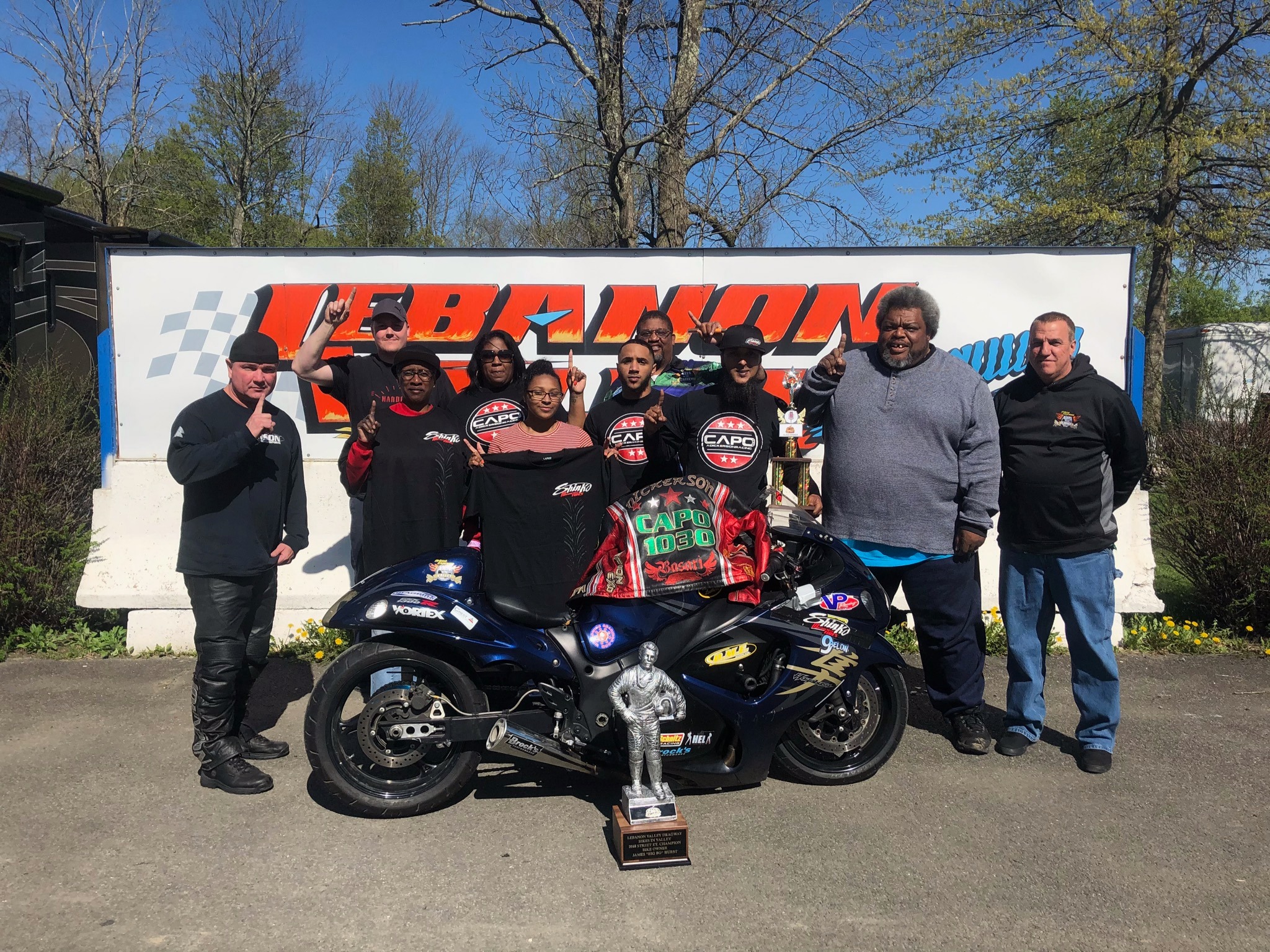 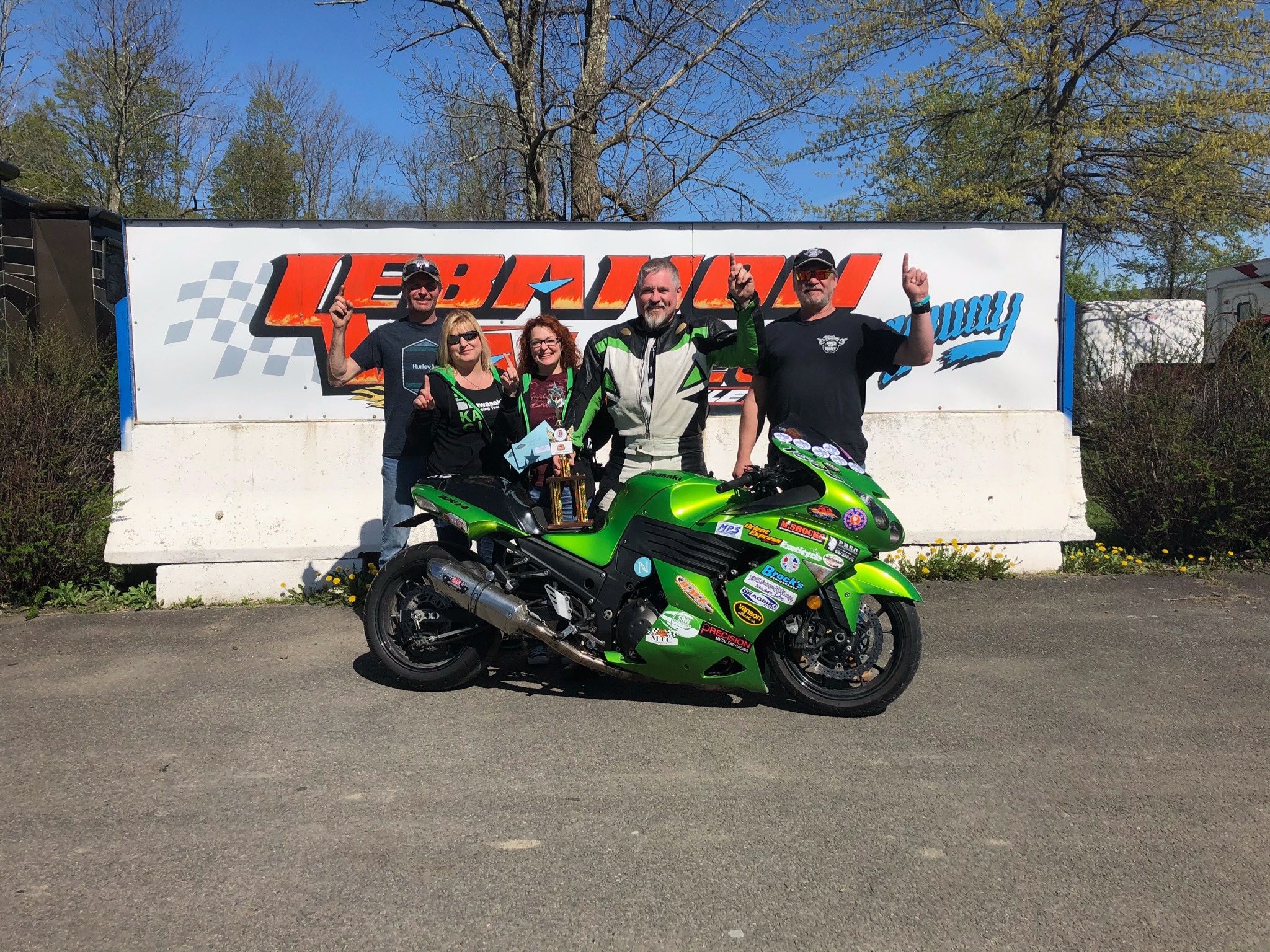 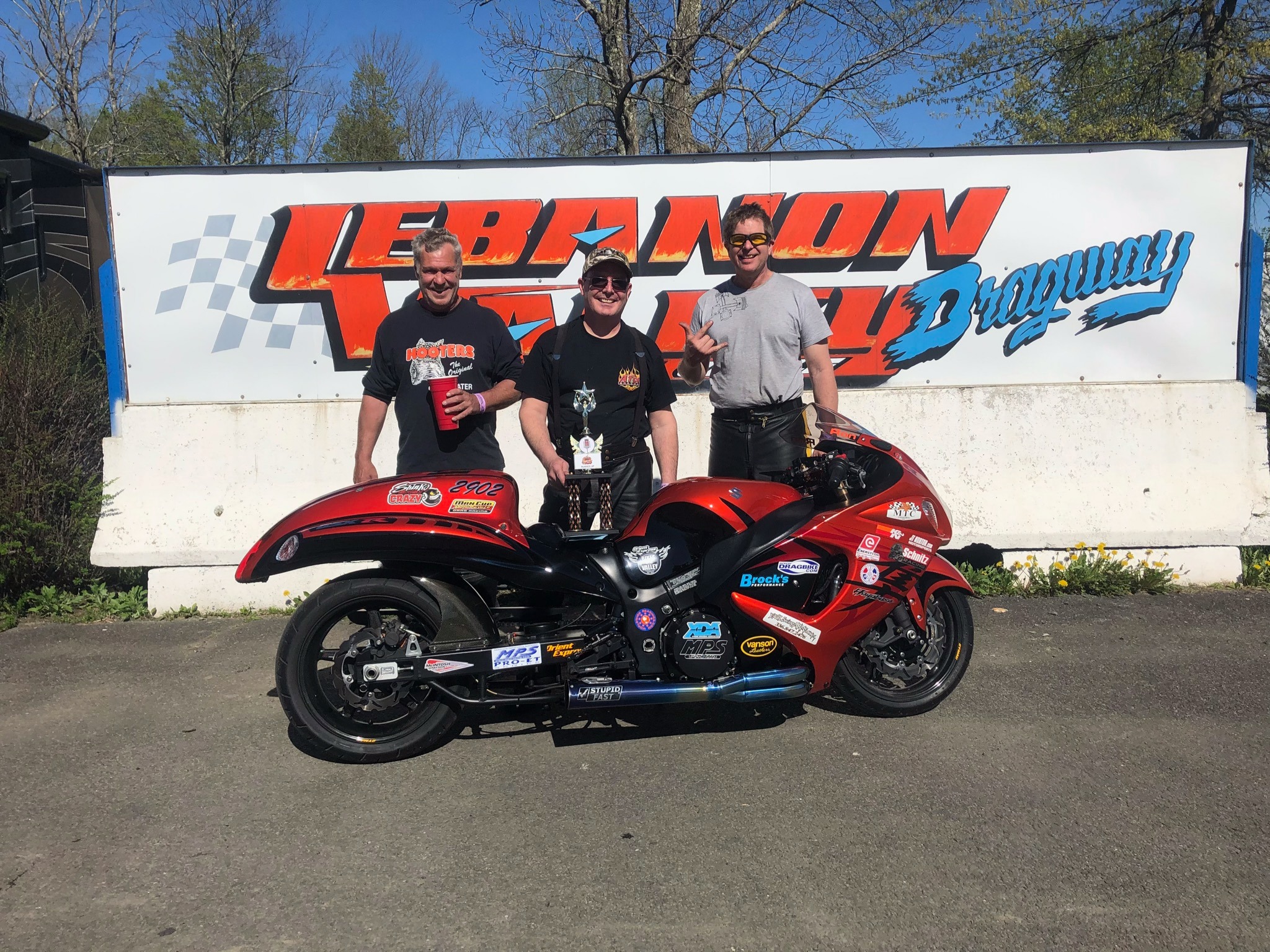