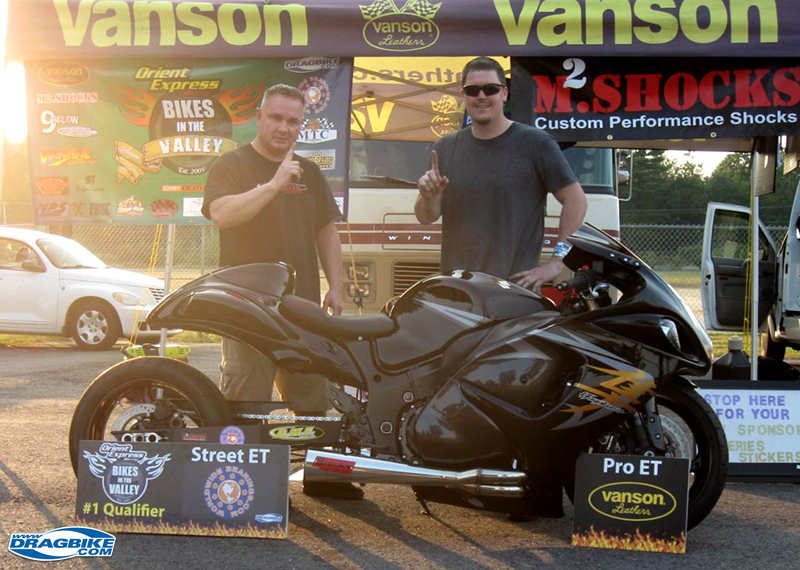 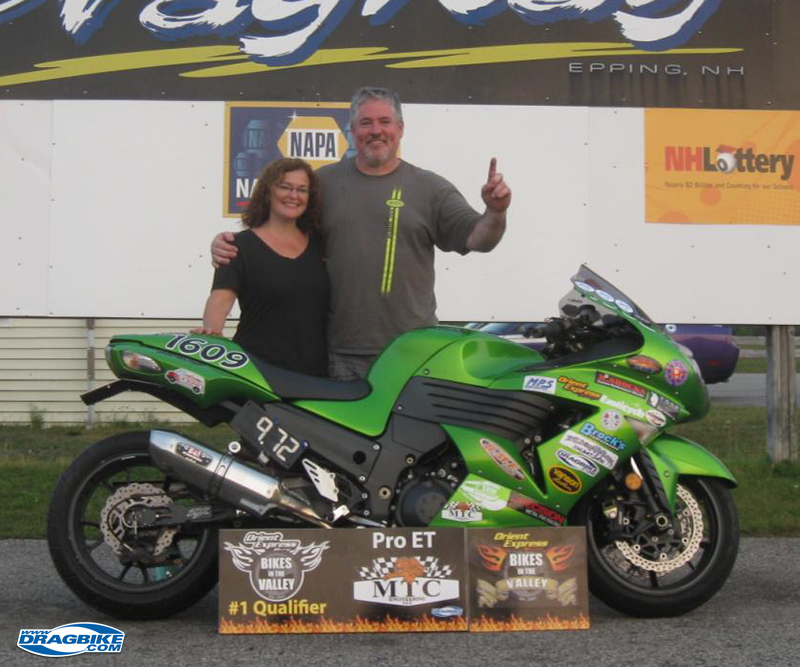 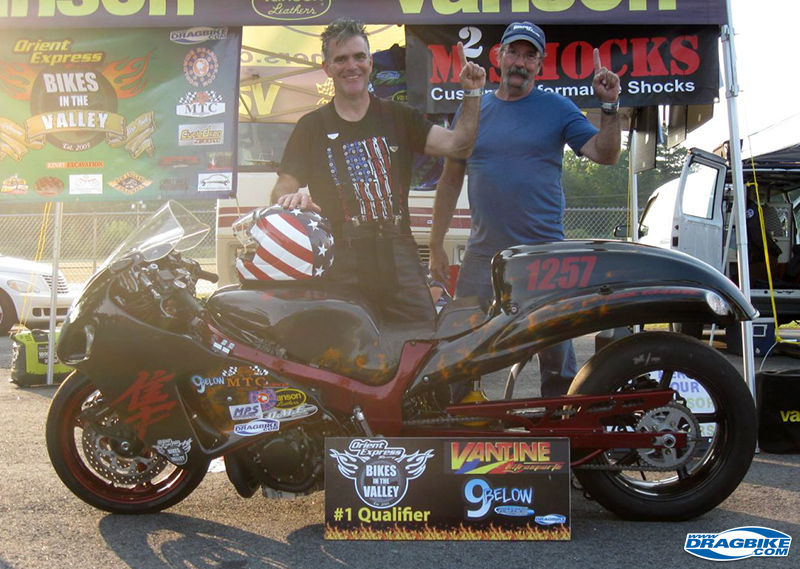 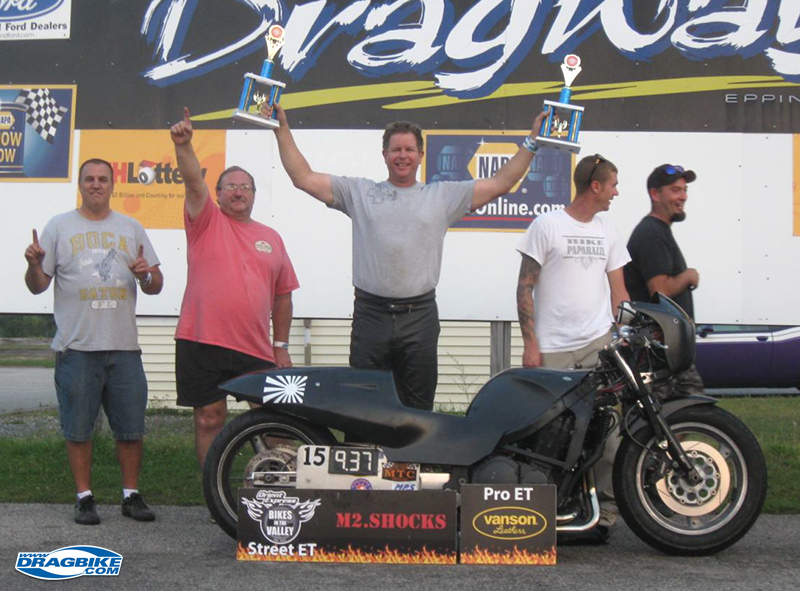 M2 Shocks Street ET had 32 competitors. Double O and Teen Lights were popping up. Dave Nadeau (NH) and Jonathan Tisdale (CT) battled in the final. Nadeau had the RT advantage, Tisdale ran closer to his dial-in for the win. 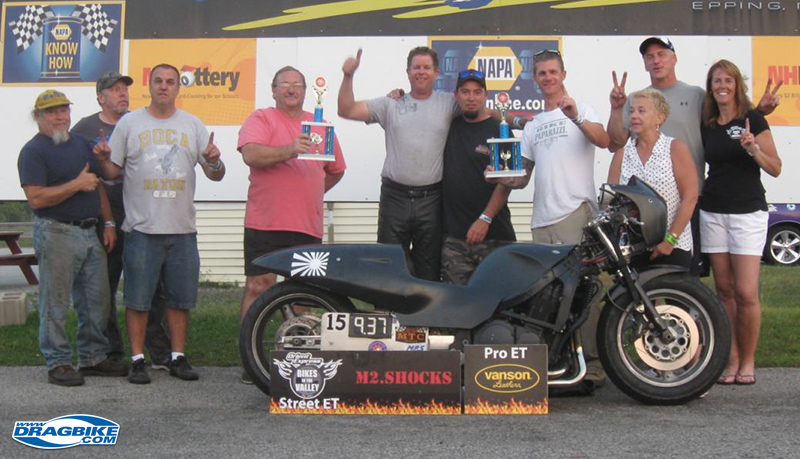 Vanson Leathers Pro ET featured 31 street bikes, dragbikes and sleds. From the semis on it was all street bikes. Jonathan reigned supreme. Jonathan kept his composure, in his 2d final, and took out Rich Kopec’s Harley VRod for the BIV double win! 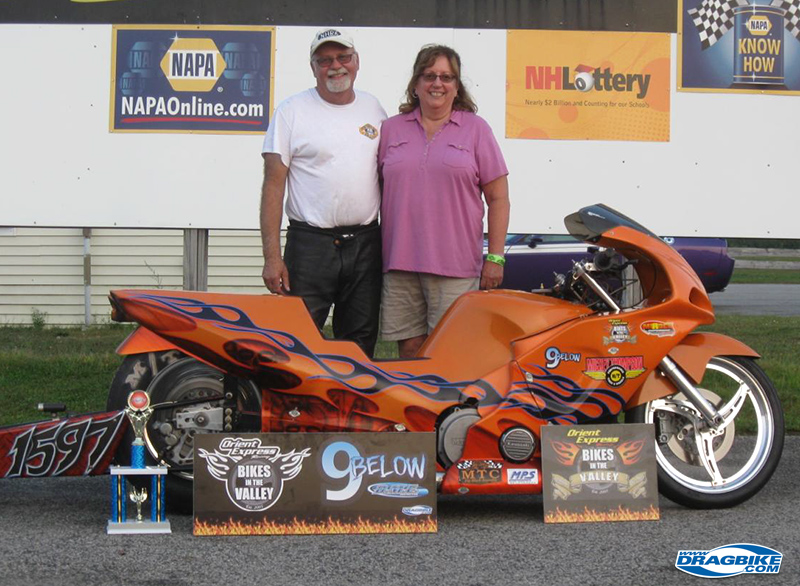 DME Racing 9 Below had 23 Dragbikes, fast no bar bikes and a sled. Tom Galligan (RI) had the bye into the final. Kevin Mathews and Jim Jordan staged a battle of Kawasaki dragbikes from Maine, in the other semi, w/Mathews moving on. Mathews got the light on Tom and took the win. This gave Kevin Mathews an indelible smile in the Winners Circle that probably lasted all the way back to Lebanon, Maine! 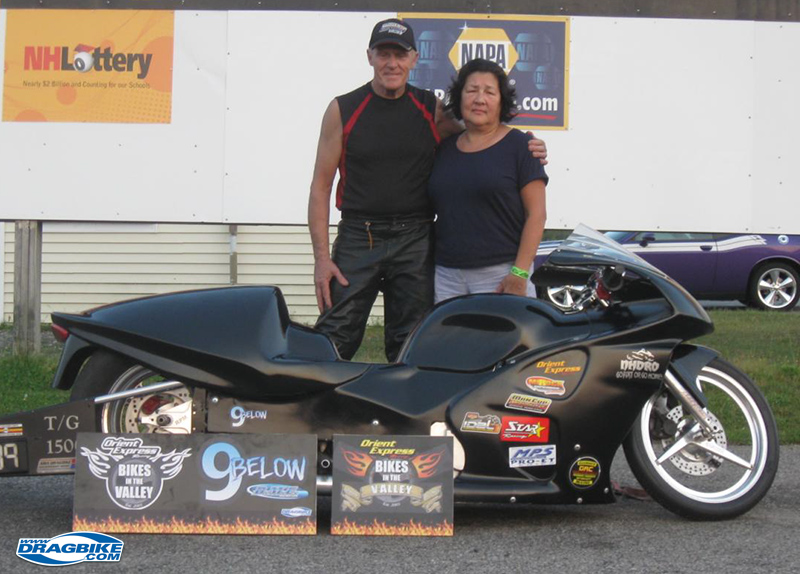 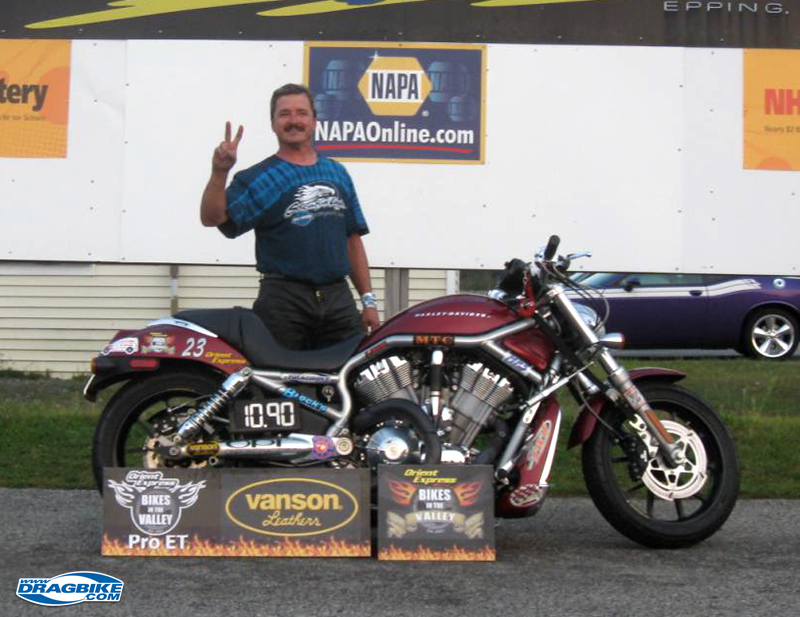 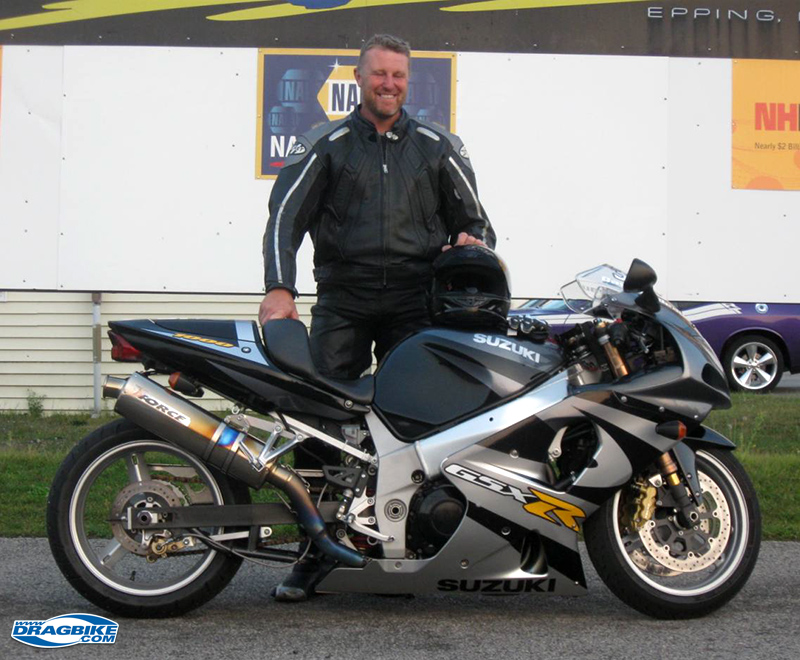 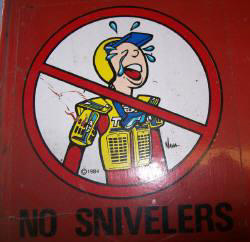 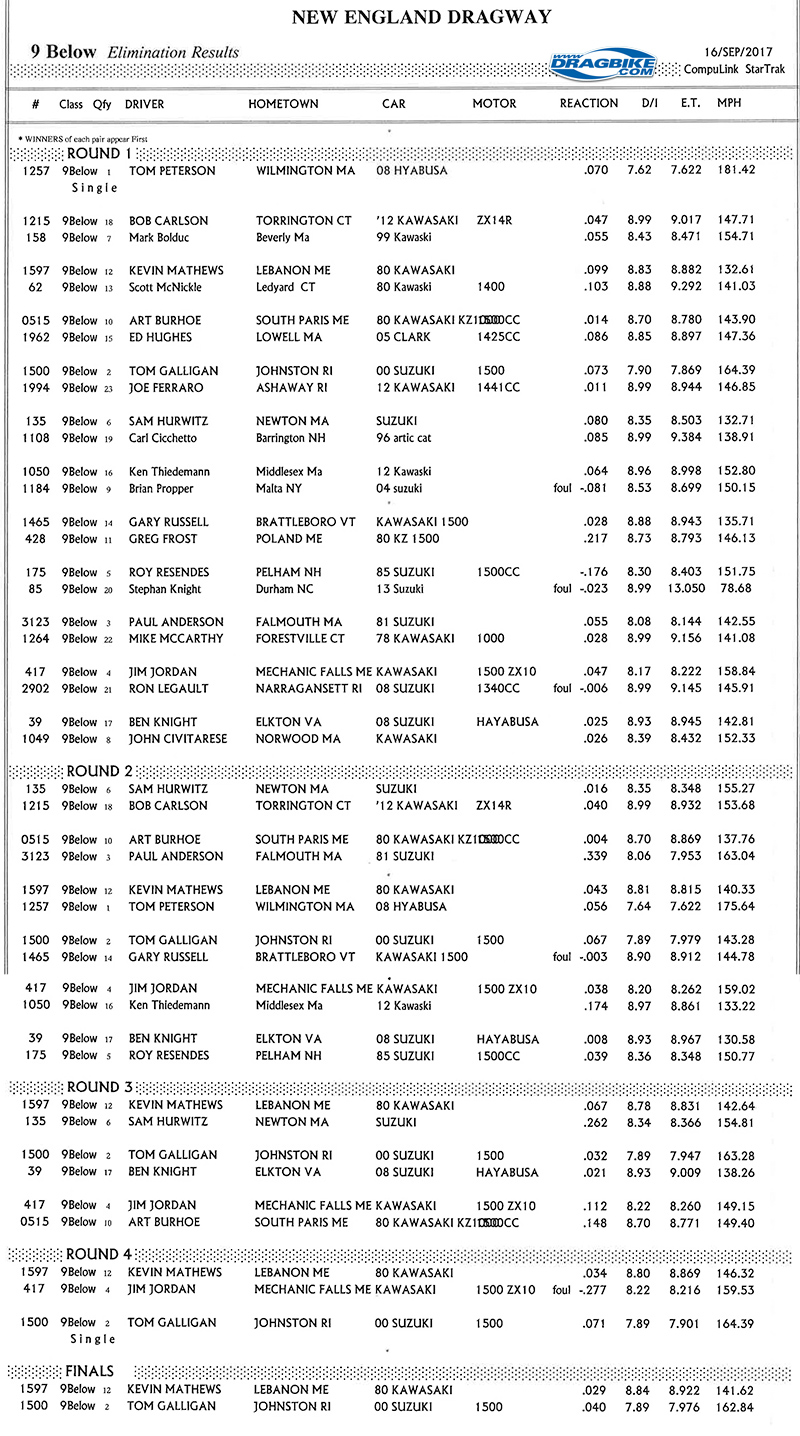 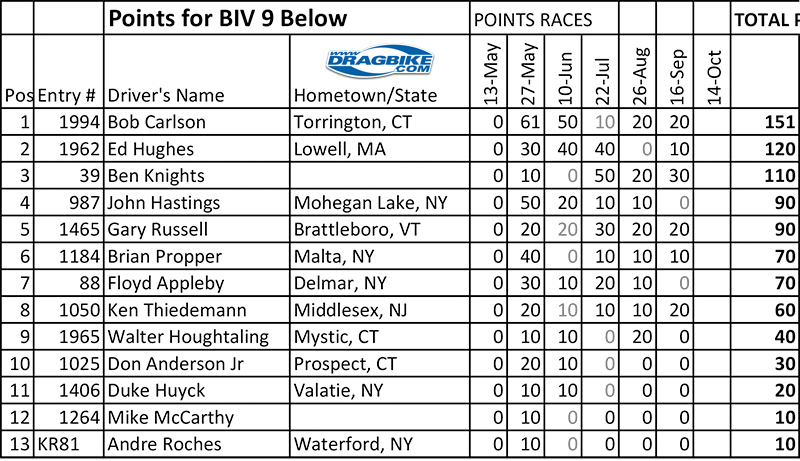 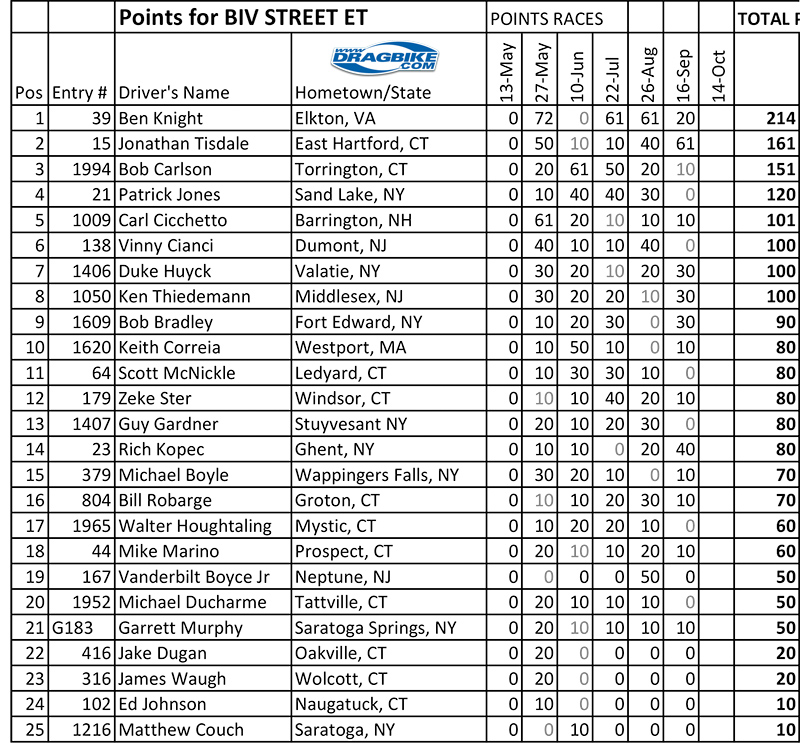 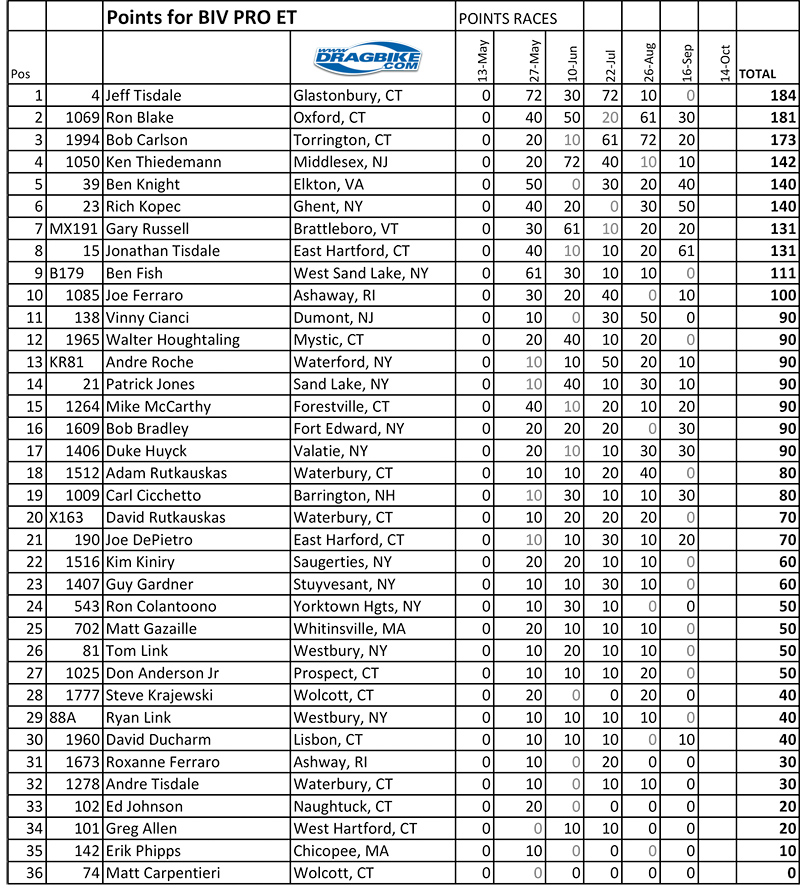