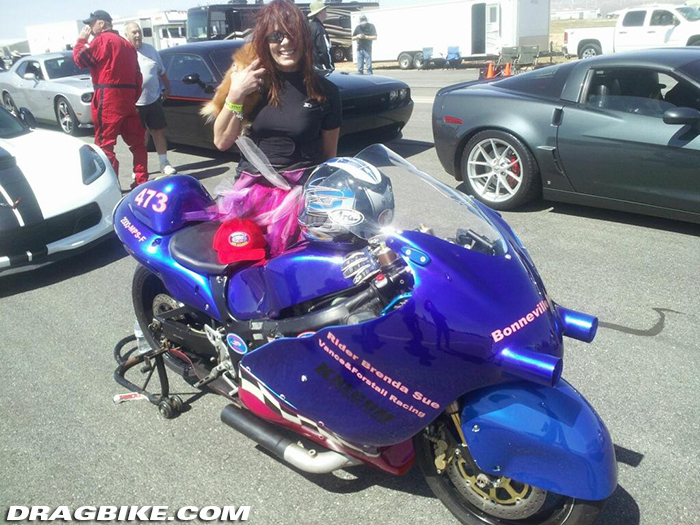 Brenda Sue Carver set the world’s fastest normally aspirated speed ever in the mile and mile and a half at the Mojave Mile on April 11th 2015.

Brenda was riding a 1654cc Suzuki Hayabusa with the engine built by Knecum Performance Engines. The bike is Fred Vance’s landspeed record holder. 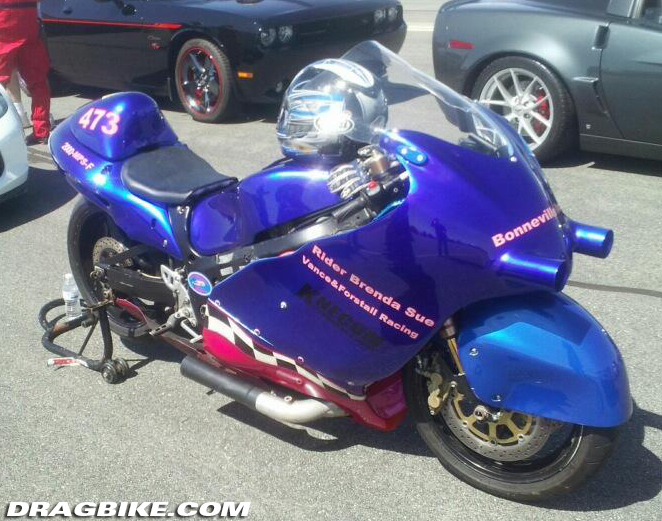 While Brenda was out setting records on a Fred Vance’s bike,  a new 1697cc pavement bike was being delivered to her home in Texas. A purpose built cruise missile built to break the record that she had just accomplished. This bike is owned by long time landspeed racer and 200 mph club member Larry Forstall. With the help of Steve Knecum, they built and prepared a new bike to break the existing record for Brenda. Well it didn’t even make it out of the shipping container before we heard the news that Brenda Sue had done it on an old bike with less aerodynamics and 20 less hp. So we hope to see Brenda Sue up her records in the next few months.

Brenda Sue is the world’s fastest female on a normally aspirated pavement motorcycle. Maybe 240’s are in the future.  We wish her nothing but the best as she deserves it.  Congratulations on a major achievement! 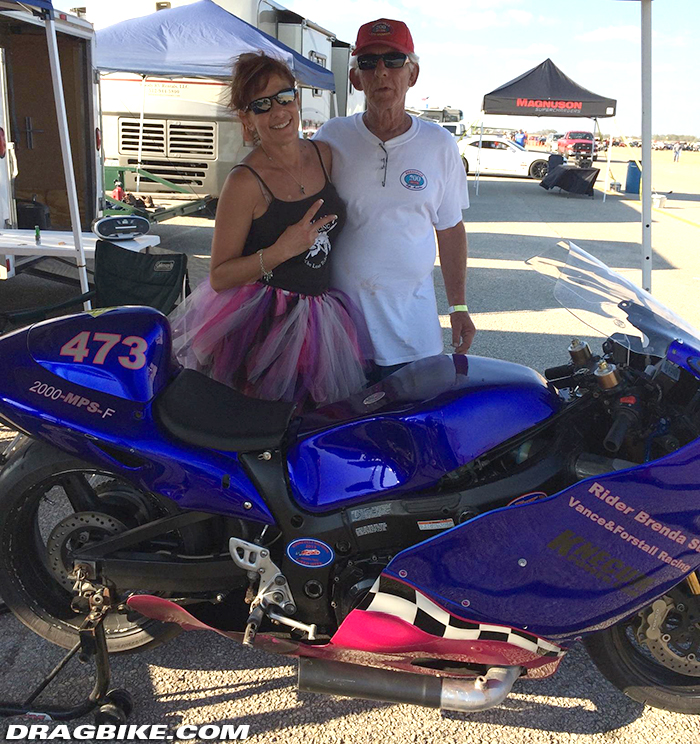