Kawasaki’s supercharged H2 may be the most powerful mass-produced, street-legal motorcycle on Earth, but the space-age, $25,000 Ninja missile is overshadowed by its twice-the-price, racetrack-only stablemate–Kawasaki’s bolder, faster, lighter H2R. 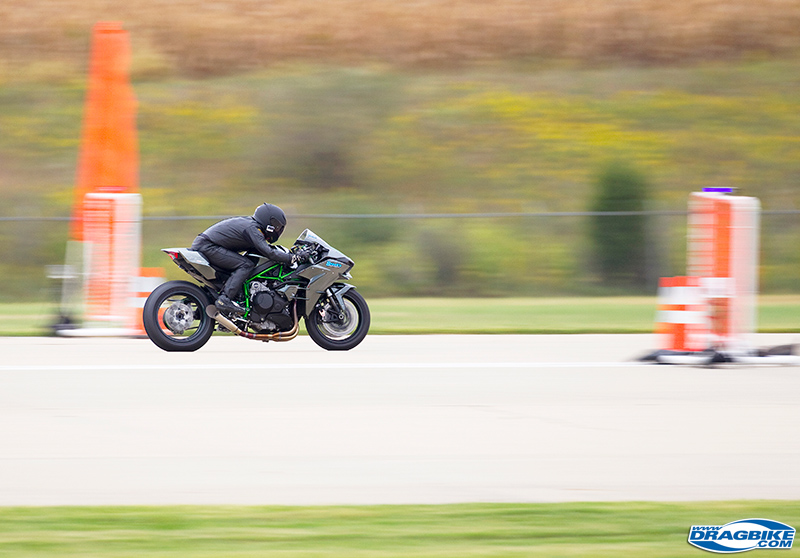 When street-loving, H2-owning acceleration addicts around the world cried foul, saying their bikes’ 203 horsepower just wasn’t enough and 525 pounds of Ninja was way too much, the Brock’s Performance in-house team of championship-winning engineers, tuners and racers sprang into action. 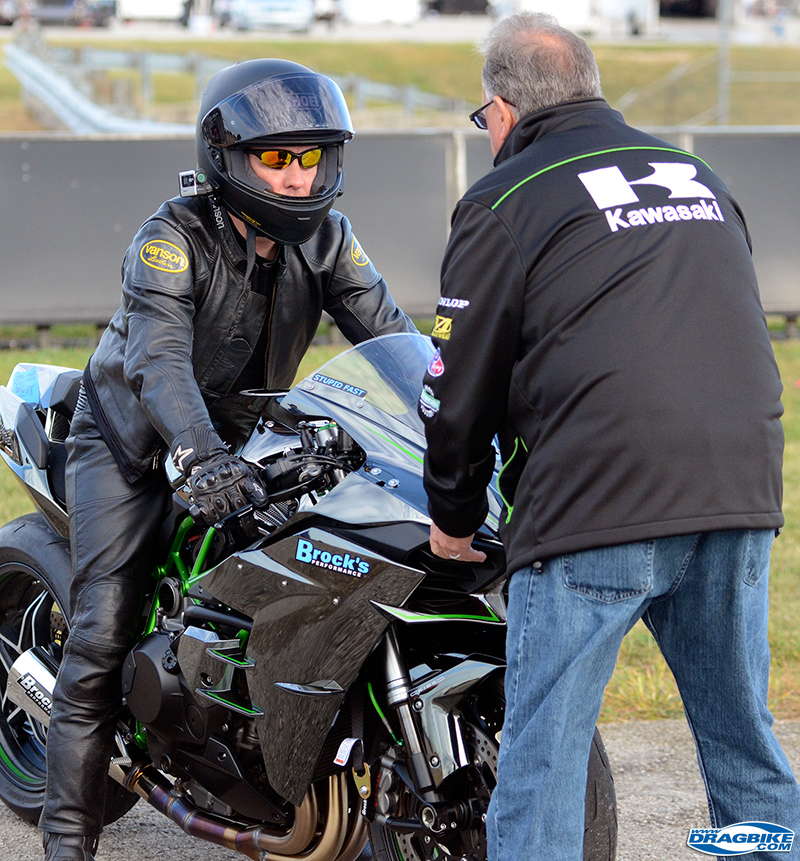 Their intensive development program resulted in a Stage 2 kit worth 70+ horsepower–just $56 per pony–and good for a 50-pound weight loss in racetrack-ready form.

Armed with a leaner, meaner H2, the Brock’s squad set out to break a race-prepped H2R’s official land-speed record of 218.3406 mph from a standing start–in just one mile.

During the Stage 2 H2’s test & tune session, it sprinted through the quarter-mile in just 8.99 seconds at 166.54 mph on Kil-Kare Raceway’s slippery ‘strip. This was but a mere trial run. 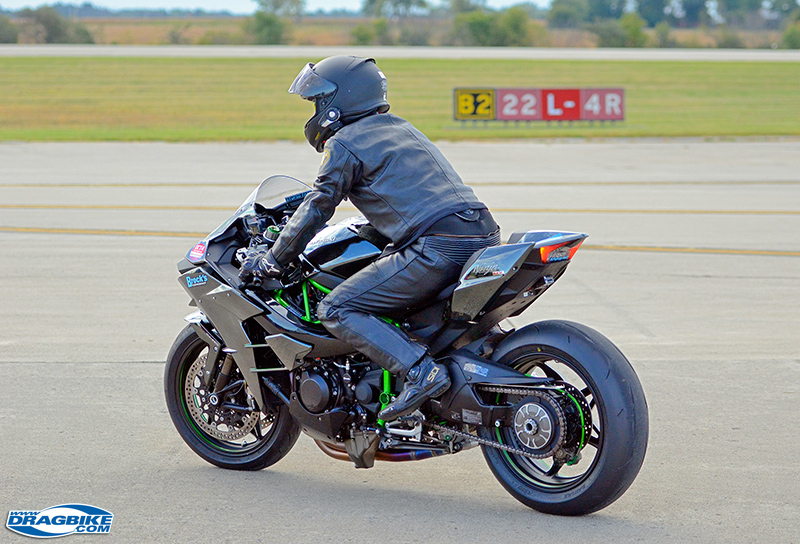 In the saddle was veteran land-speed racer Zack Millholland, Brock’s hired gun charged with hunting down the H2R’s record in the Modified Partial Streamline, blown gas, 3000cc class. Having tracked his prey in earlier runs, by meet’s end, he walked away with a 219.4052 mph timing slip and a new world record.

After hurtling down the runway at 322 feet per second, the 34-year-old motorcycle shop parts manager from Maryville, Tennessee, proved that this 274-horsepower beast is still a capable street bike by riding it back to the Brock’s Performance R&D facility. A few hours earlier, he covered a mile in 24.21 seconds; on this commute, he put in another 45 minutes of seat time to travel just 35 more. 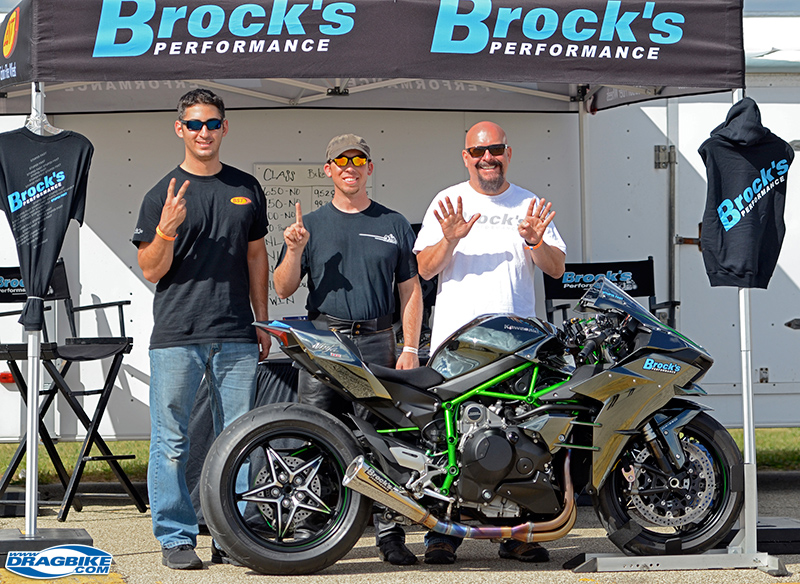 Milholland was inspired to give praise where it was due: “Kawasaki did an amazing job building the H2, but thanks to Brock’s Performance the bike can be ridden on the street like a normal motorcycle — yet still have a ridiculous amount of manageable power when you want it!” 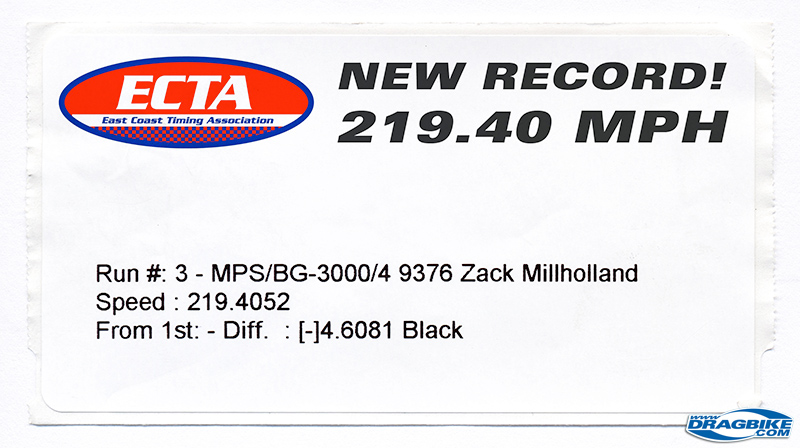 Brock’s Performance President Brock Davidson, a license-holding 200+ mph land-speed-racing participant, is ecstatic with the achievement: “Our goal is always to extract the maximum performance out of the latest sportbikes using only bolt-on components. Zack ran almost 220 mph in less-than-favorable conditions. The Stage 2 H2 is the most beautiful, sophisticated and ferocious street bike we’ve ever built. I can’t believe such hassle-free performance can be had at this price.” 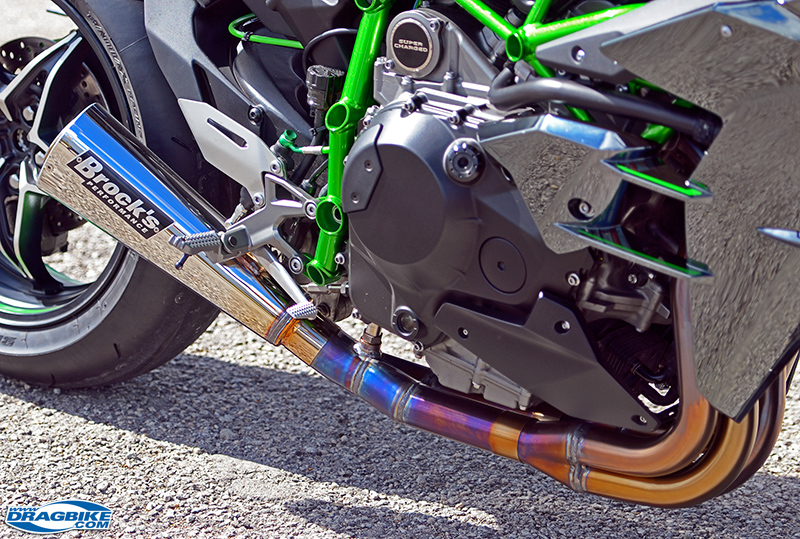 The $4000 Stage 2 kit is headed up by the first of Brock’s new modular full exhaust systems. The H2’s allows riders to mount either the championship-winning Alien Head muffler or a new Slash-Cut design. The Slash-Cut looks just like the more expensive H2R’s can, but omits the street bike’s bulky OEM catalytic converter. Overall, the modular system is 70% lighter than stock and gives a much cleaner, more businesslike look. 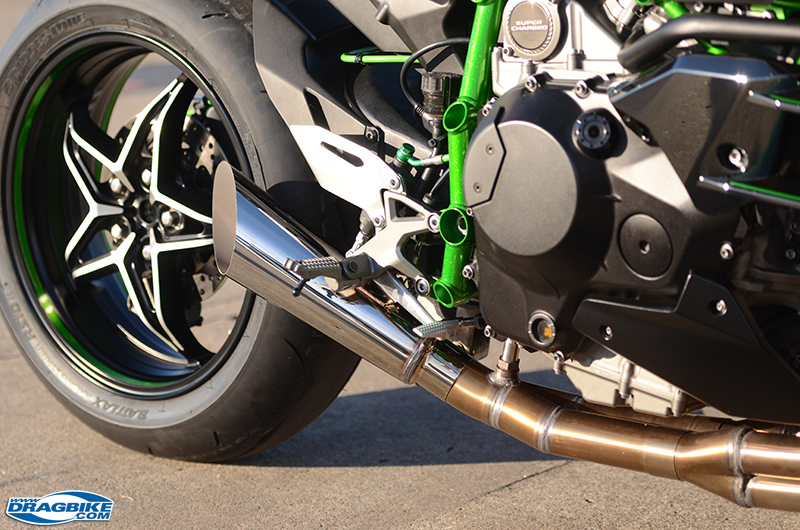 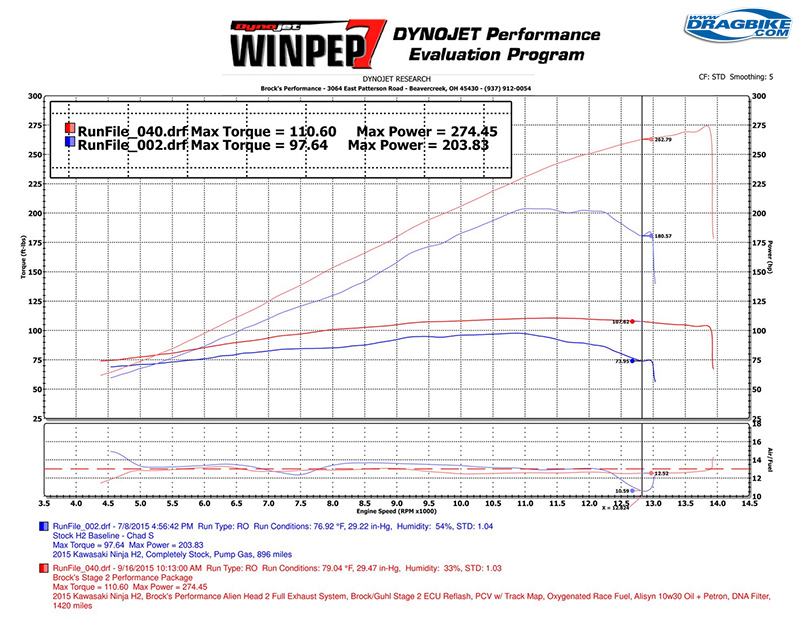 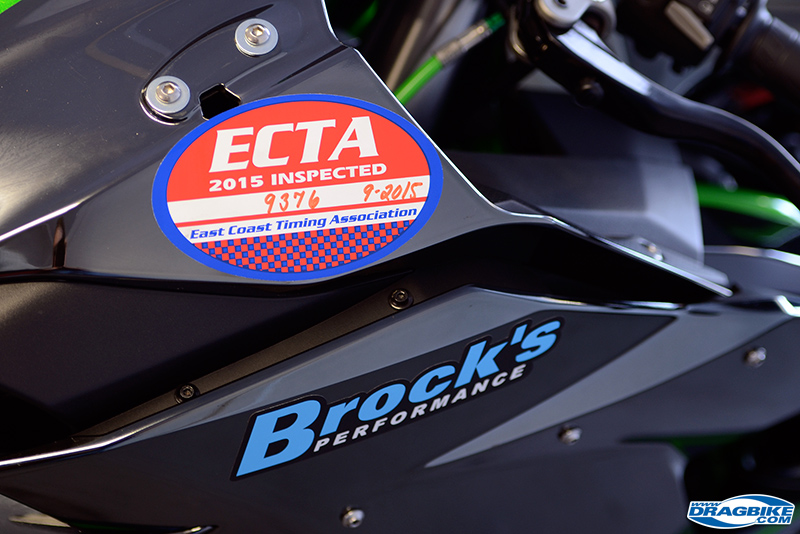 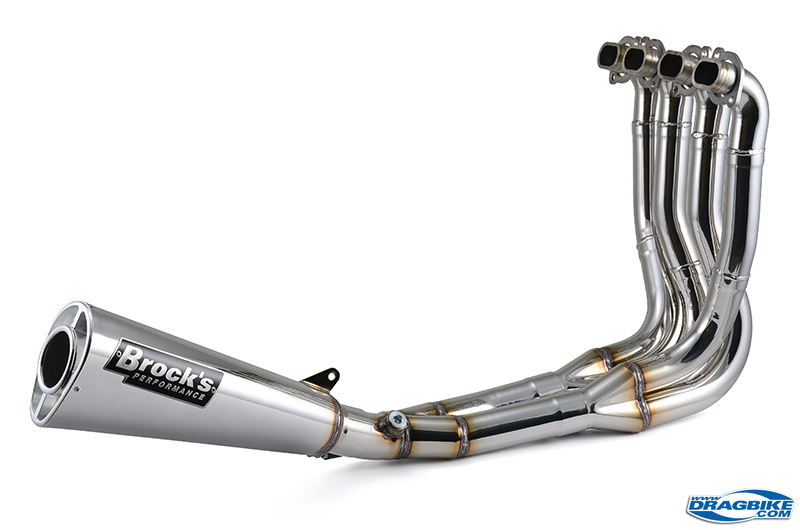 VooDoo Sniper Motorcycle Wheels for the GSX-R1000 have Arrived!