A lot of work during the long offseason has gone into solving our clutch issues, making our two existing engines more efficient to live longer, and building a new third engine. It’s been a busy off season for the team.

Over the winter Mitch Brown discovered the secondary arms of the clutch were not traveling as far as they needed to.  This was causing the premature failures of the throw-out bearings on the clutch canon,  and also causing the first three stages of the secondary clutch levers to be applying pressure even at idle. With the guidance of Steve McBride, Brown was able to re-machine the hat for clearance and determine the correct set up for the canon.

At the beginning of 2019, after discussing the problem of melting exhaust valves, Brown spoke to long time friend George Bryce of Star Racing for advice. He suggested a new exhaust valve, exhaust guide, and new seat material. Some of his industry experts had recently had success with this change on some of the NHRA Nitro cars. “Were changing from the old valves that everyone in the US ran because the price was right. We’ve switched to the Manley Extreme Duty XH 432 valves that most every Top Fuel and Funny Car run. The price is very competitive and so far they show great promise” said Brown. 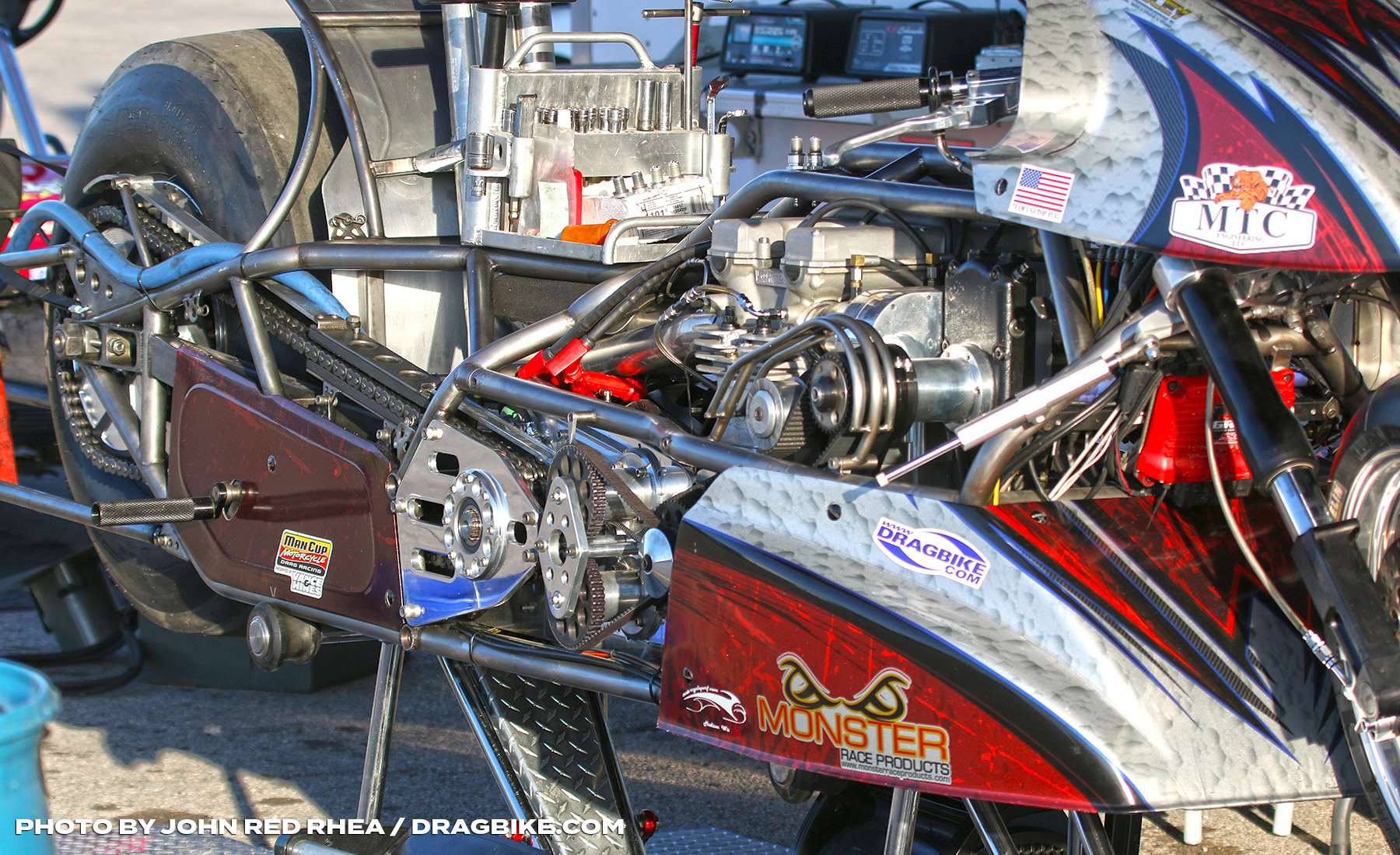 The team has already had two successful test sessions in 2020 at the beautiful Tulsa Raceway Park in Tulsa, OK. In May the team attended the legendary Throw Down in T-Town event. As usual with testing a lot of work was done in the pits, the clutch was a little aggressive and some new settings for the canon had to be developed. Despite spinning the tire on every run at the hit and putting a hole out early in each run, the team was able to record a personal best 3.94@ 198 mph on the 1/8 mile prepped track. The final pass looked to be a bit better on the Racepak but no time slip was available.

The second test session was on a much hotter track with much less track prep than the Throw Down event. “We know it will be hot at Dragway 42 for the Man Cup season opener July 10-12 and we wanted to test in similar conditions to be as prepared as we can,” added team owner and truck driver extraordinaire Dennis Bradley. 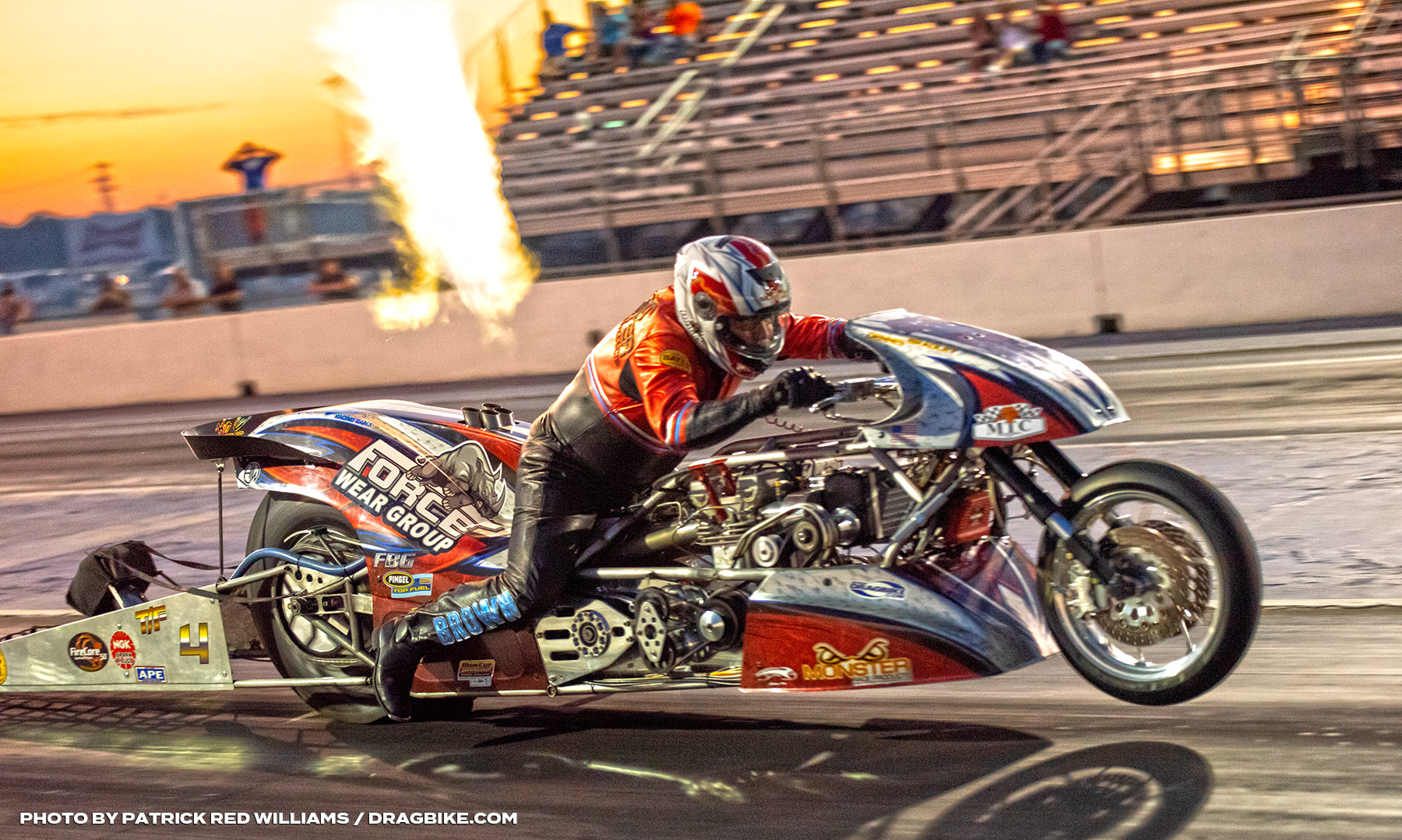 The second test session did not yield any exceptional numbers but the team is happy with the results. Both test sessions were made with the team’s small stroke “Shorty” engine, and after seven runs the new Manley exhaust valves seem to be working great, leak down was 16% or less in every hole and with the old valves we would see no less than 40% and up to 70%+. “Ole Shorty is a 66mm stroke x 83mm engine and has always run as strong as out 70mm stroke engine which is common in the class. Sam Wills and I took the engine apart and everything looked great, a very light touch up of the valves and Sam was able to reassemble the engine,” added Brown. 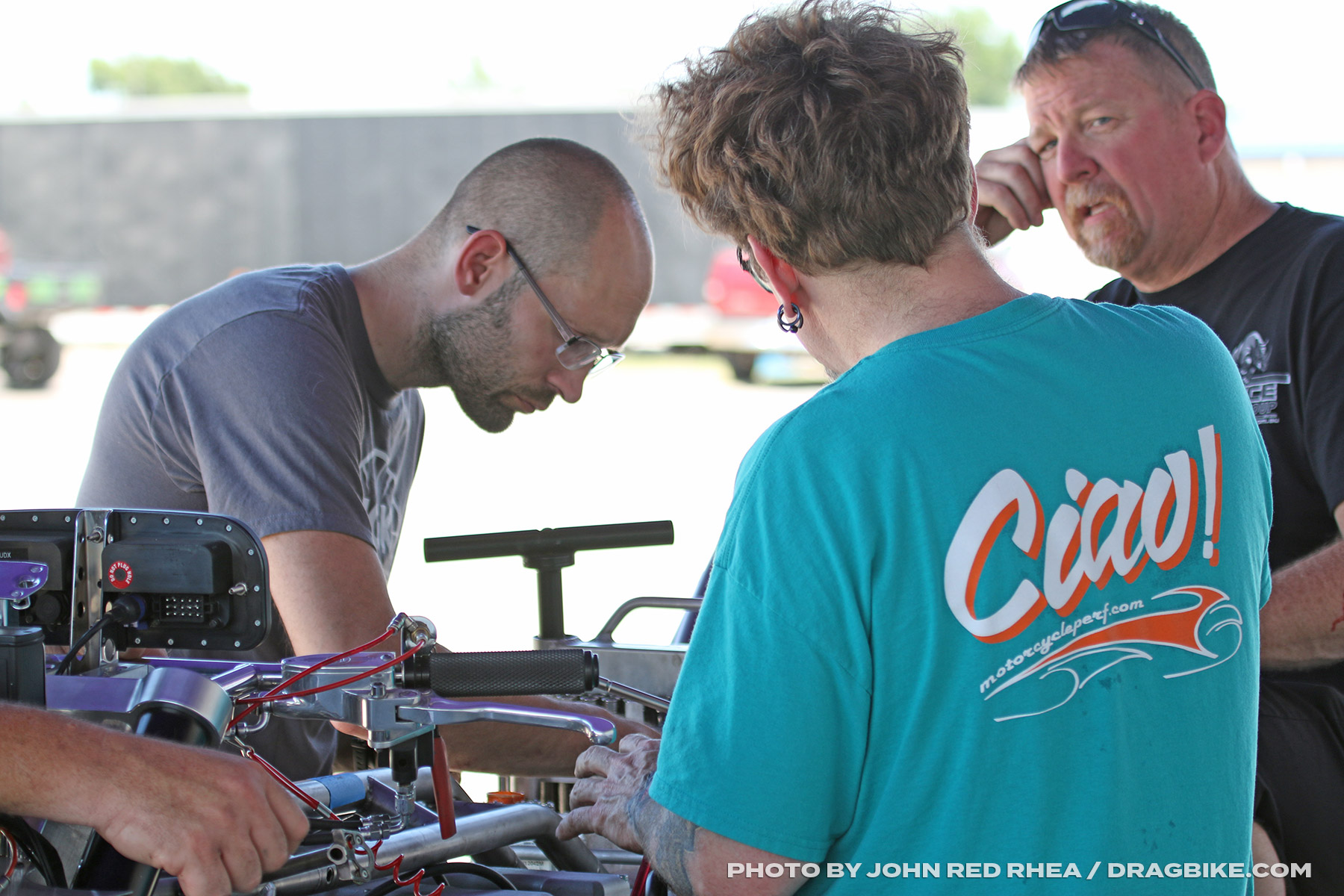 Dennis and Mitch want to thank the guys that were able to come and help at both test sessions Eddie Rushing, Scot Smith, Nick Moore, Fred Weege, Red Rhea, Sam Wills, and Rick. We were missing our team member John Jenkins, but he was the first to book his trip to Dragway 42!

And last but certainly MOST IMPORTANTLY we want to thank our friends and sponsors that support us to be able to do what we do. 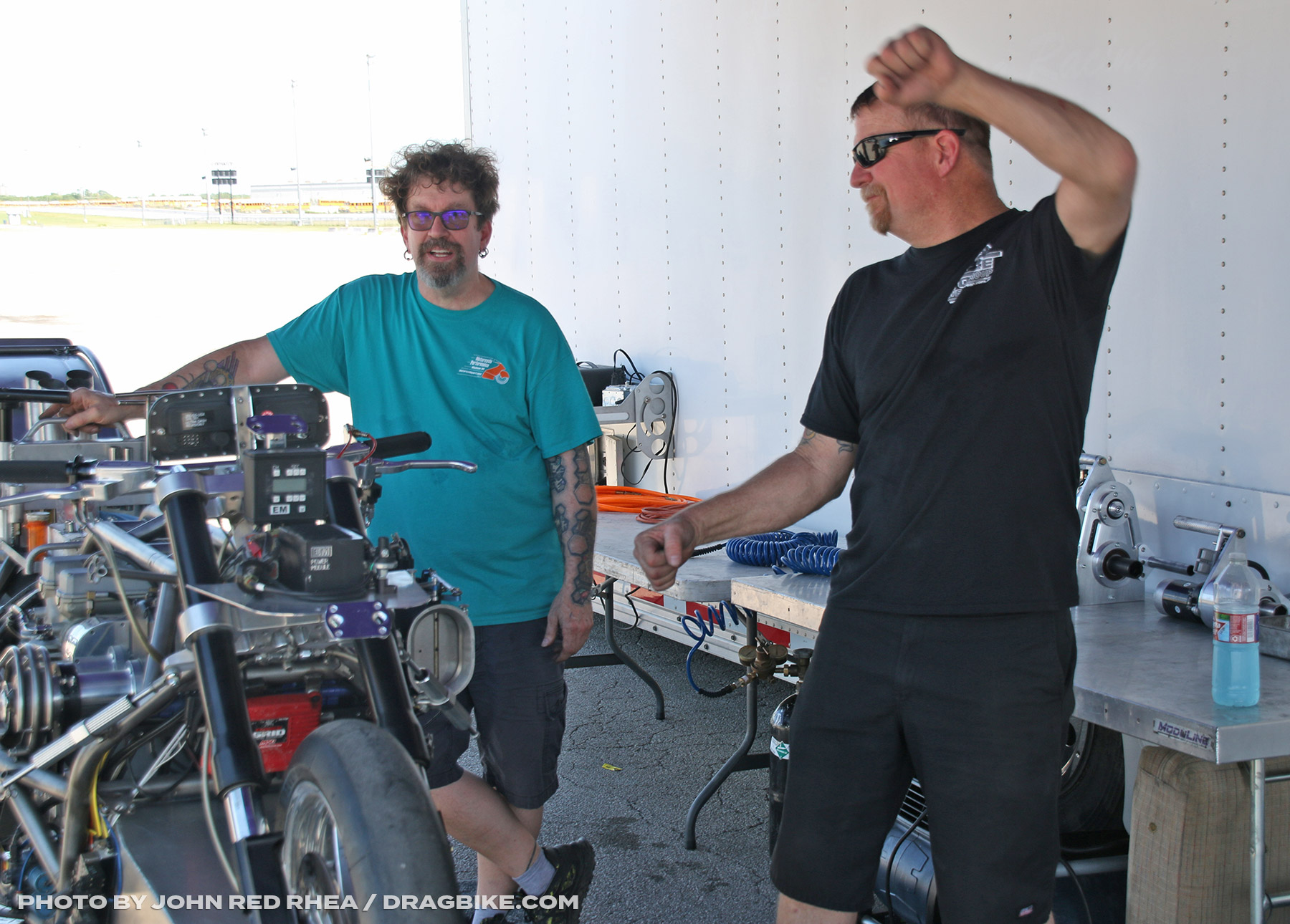