This month, We reached out to Billy Ammons… Mr. East Coast Mafia himself, owner of the infamous Side Bitch grudge bike. Being around the grudge game, every year we get to watch these machines evolve as they get upgrades in everything from performance parts to paint schemes.

Tell us about yourself and how did you get into motorcycle racing?

Man, I can honestly say that I’m that guy who sat in the stands and enjoyed the sport enough that I felt like I wanted to be a part of it all. I bought a motorcycle and never road before. Straight learned how to ride watching YouTube videos. I watched Eddie/Cobra & Billy Mays set the bar and knew that that was where I wanted to be one day. Look at me now! 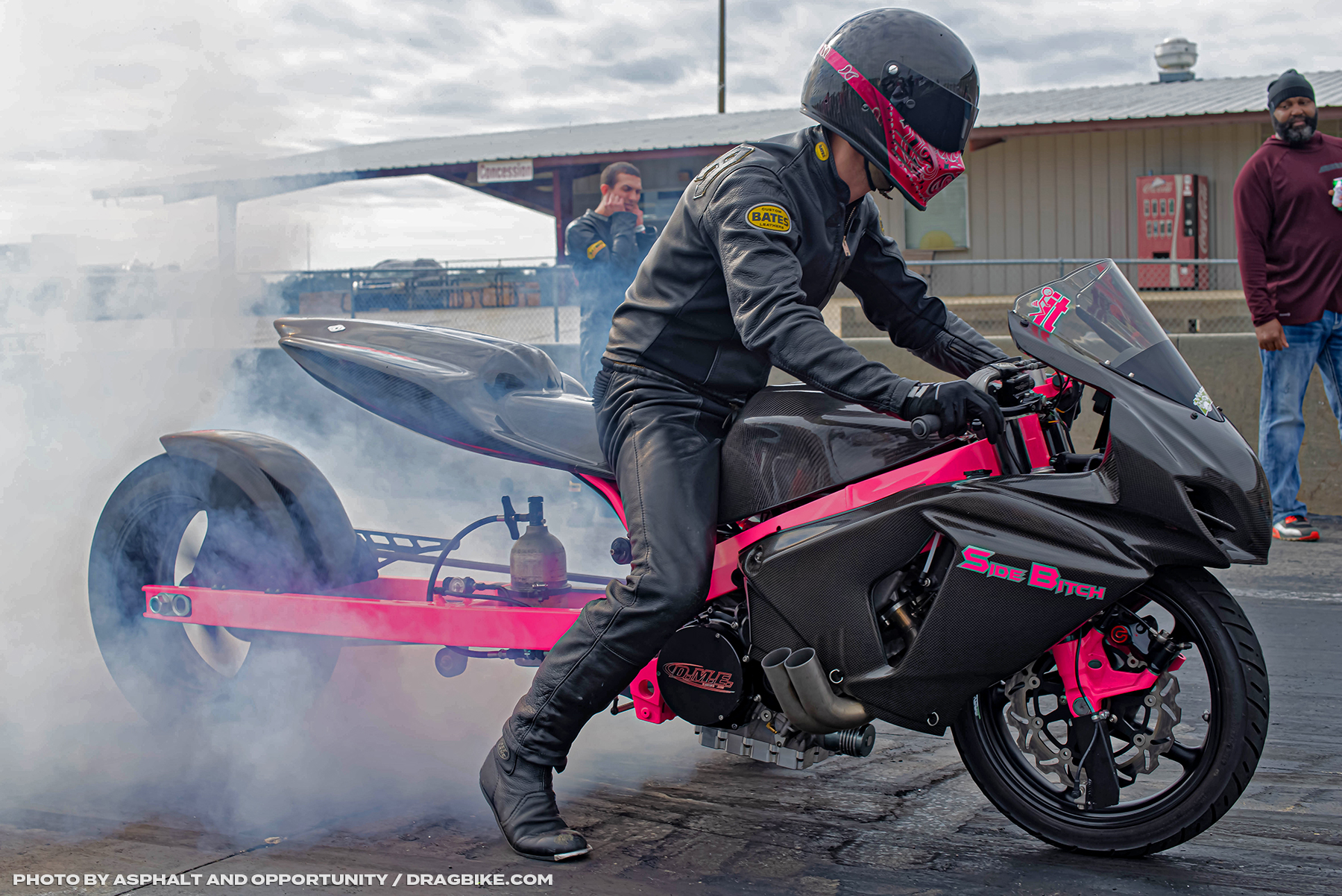 You’ve been a consistent competitor in the ‘BIG 8’ Nitrous Grudge Series and a supporter of the Kings of Grudge series from day one. If I am correct, You have more ‘BIG 8’ wins than any other rider/bike combination that has competed in the BIG 8. How many BIG 8’s have you won and do you ever feel underestimated in grudge?

Correct, I have more Big 8 wins than any other ‘bike and rider combo’ competitor. Total of five as of right now, six if we include the turbo class Big 8 from Valdosta in 2019. Yes, I feel very underestimated, mainly because some people don’t see the shootouts as grudge. I thought we all entered for the same reason, chasing that Bag, but IDK?! One thing is for sure in the grudge community… respect is earned and not given… and I believe I have earned that respect by now! Some may not believe that, and that’s fine because I’m not going anywhere. So get ready… you’ll have to deal with me soon enough. 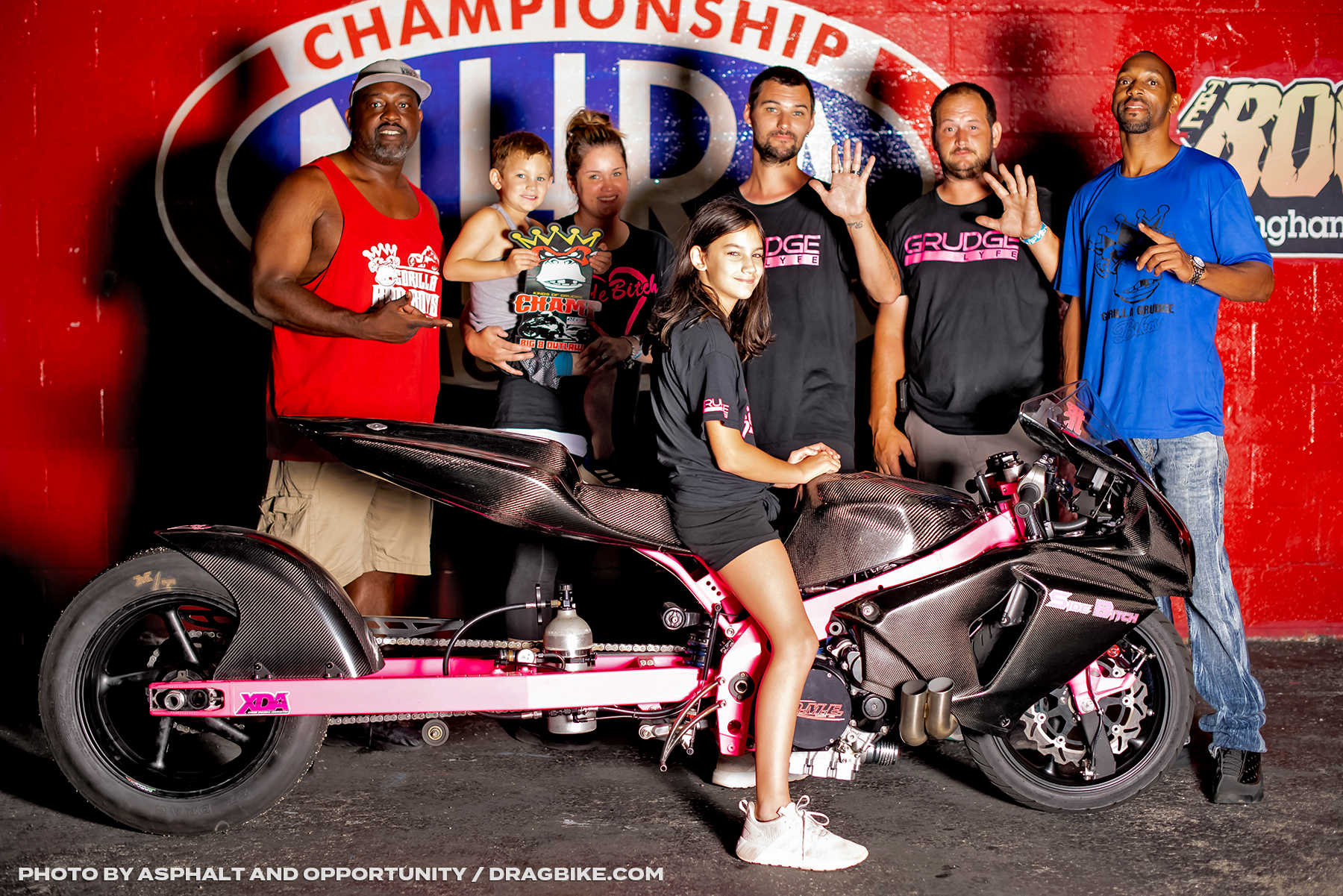 Over the years, we’ve seen a lot of changes to ‘Side Bitch’ from the chassis setup, to the exhaust selection to going from a flat slick to a street tire and back to a flat slick. Tell us about the machine and what was the reason for some of the changes?

Side Bitch definitely isn’t an overnight success story. It took a lot of heartache, blood, sweat, and tears building that machine. She’s like part of the family now. From the exhaust to tires, yeah I believe I have tried it all. You never know till you try it. I’m a fan of the Zoomies (exhaust) and the bike is known for them so it’s obviously moving forward… those can’t go anywhere. The tire well IMO the tire is a tuning tool… some tracks like the street tire over the flat slick and vice versa. You never really know how she’ll show up… just know she’ll be there. I’m more fond of the flat slick, because, well it looks badass. Plus it seems to be a more consistent tire for the series I choose to run. For sure definitely not the faster tire by no means! 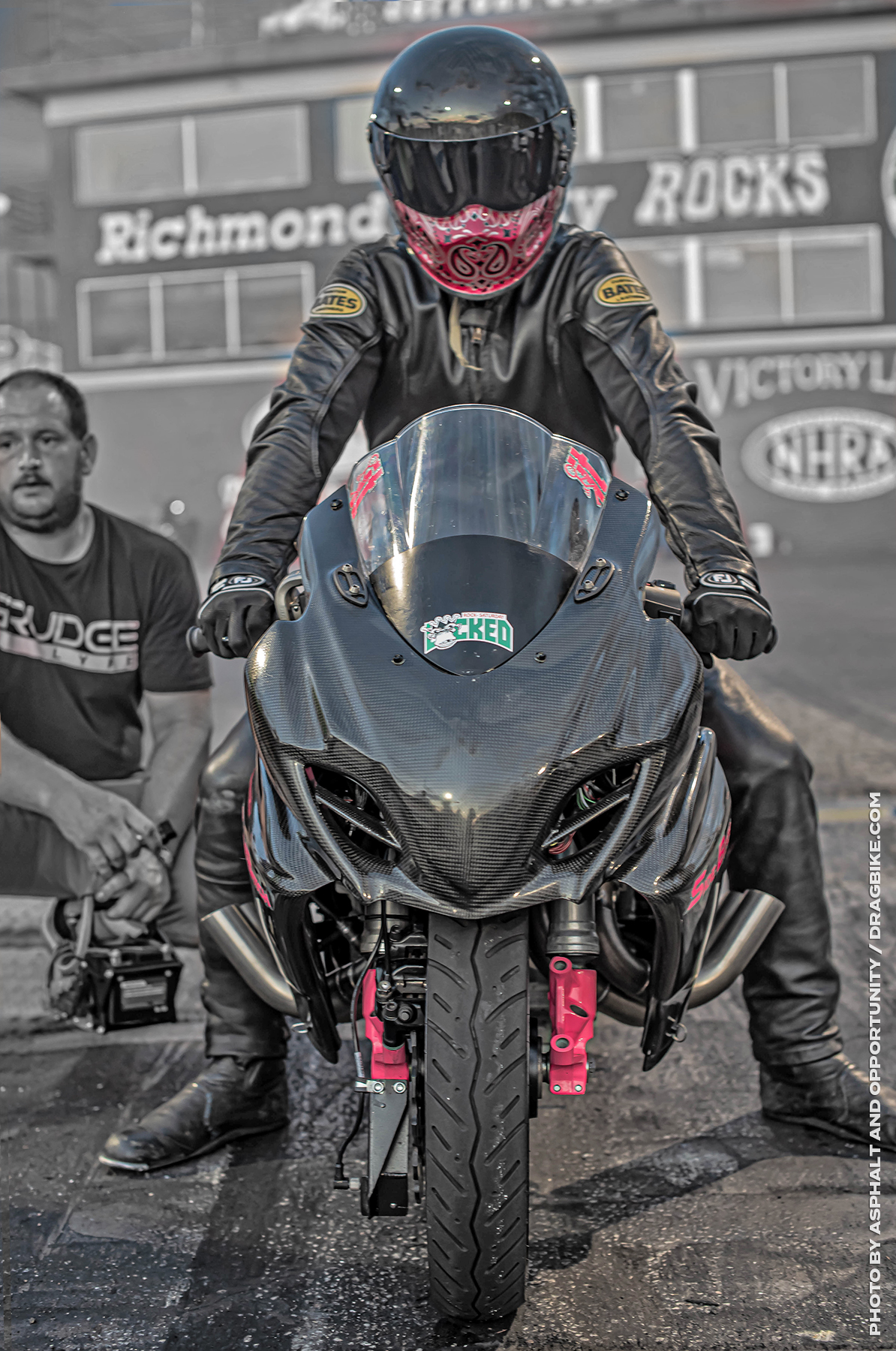 Now, We know that everything that comes out of Proaction Cycles, Jeff Steele’s shop, is fast and that this coronavirus chaos is pushing the season back a bit. Tell us just a little bit about the turbo version of ‘Billy Mays’ that you’ll be piloting in 2020 and give a brief description of what everyone should expect?

Jeff  Steele is a major key to my success, I definitely couldn’t have done it without him in my corner! We have some big plans in store for the new & improved ‘Side Bitch’, but you’re gonna have to wait and see her 2020 look unitl she’s off the operating table.  This year I’m also lucky enough to pilot one of my all-time favs ‘Billy Mays’,  and now that everyone has seen the turbo version at Valdosta in late 2019 in, I’ll be running it all season long in the Big 8 class. Once this Covid-19 stuff breaks, I’m coming and I don’t plan on taking any prisoners! 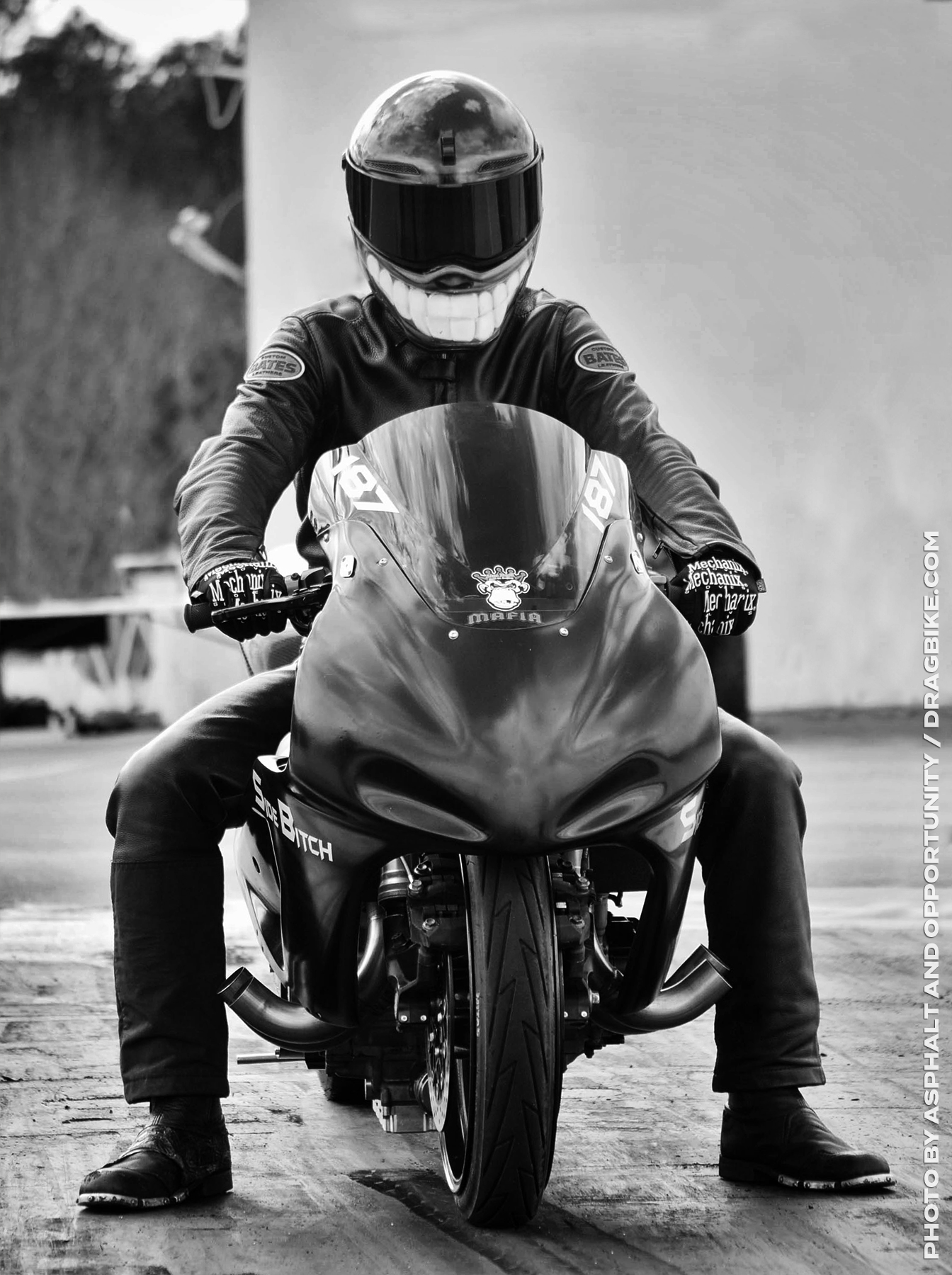 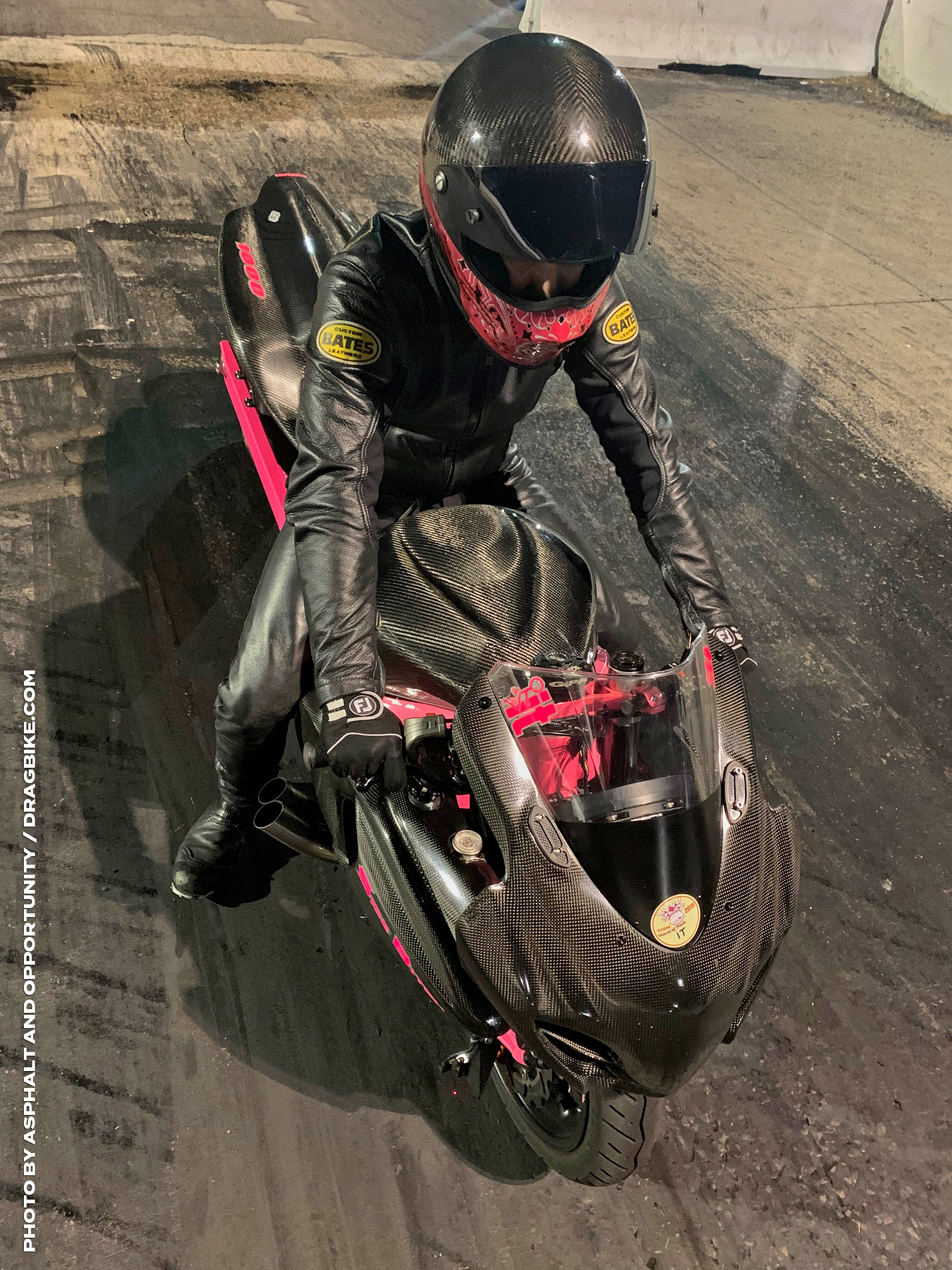 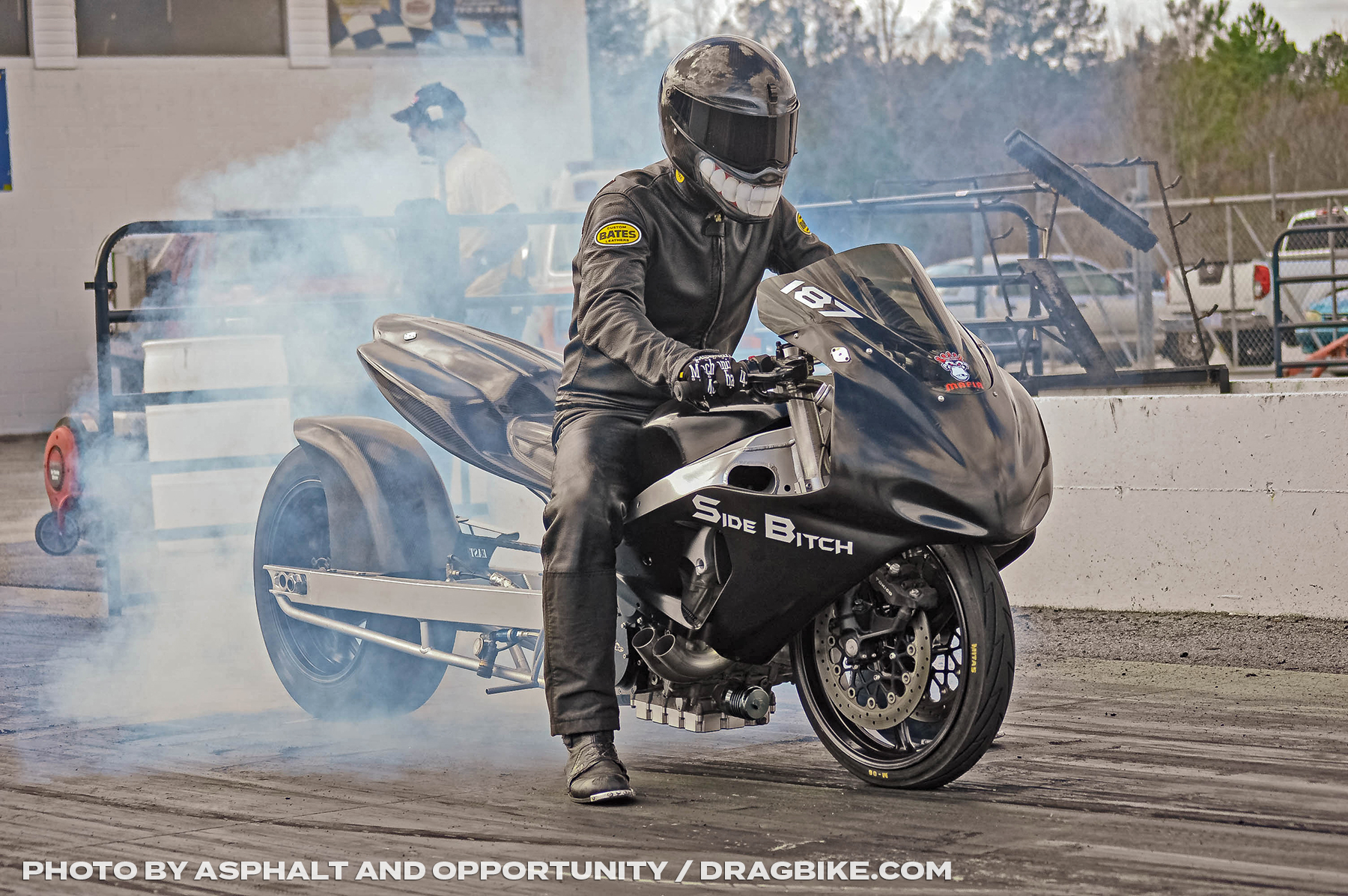 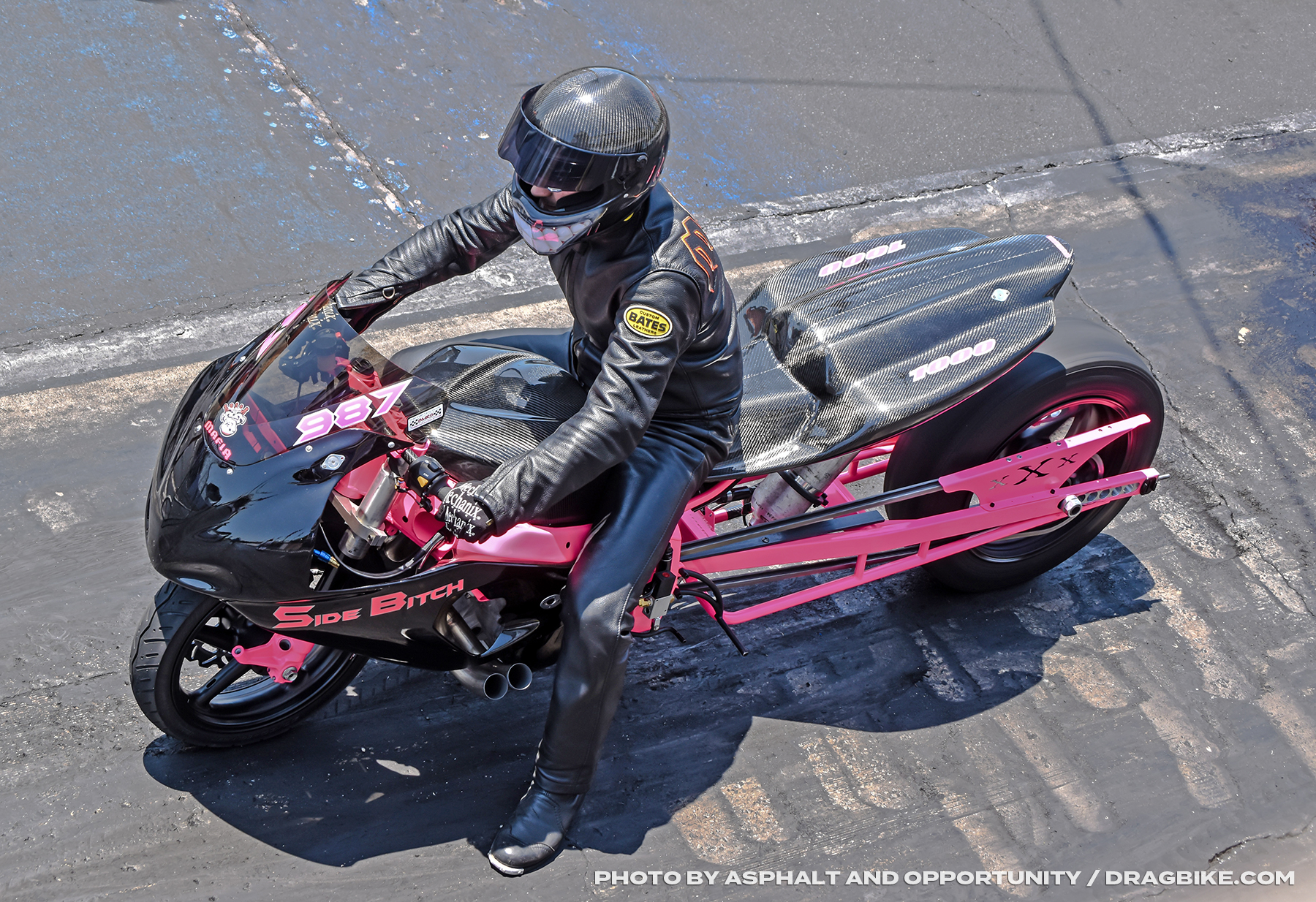