Built to Win : Asphalt and Opportunity

First off, Everything that we do is from the perspective of a fan of motorcycles from AMA racing, Grudge racing, MotoGP, Motorcross… You Name It. When the opportunity presented itself to work with Dragbike.com, it was love at first site. We plan to shed light this season on what’s going on in the Grudge World and keep you updated on racing schedules. Since everyone is in the lab for the winter trying to get faster and preparing for the 2016 race season, we decided to reach out to a few racing teams and see who’s on the menu for 2016. We reached out to Frankie Stotz, Crystal Dickerson-Jackson, Jeremy Rossi (Rossi Performance) and Rasheem Clark from the “Kings of Grudge” and conducted some one-on-one Q&A’s.

Q: Word on the street is that you’re building a Honda Flat Slick Turbo Grudge Bike for the 2016 Race Season? Where did the inspiration come from?

A: We’ve always been interested in the grudge scene. Being able to run what you brung and flat out build the baddest combo and go chop heads off and that’s what we plan on doing. We’ve killed it in Prostreet with our Honda 1k and now we are gonna dabble in Grudge. I think it’ll be a lot of fun and different from what we are use to. I know for a fact that once we get this bike down the track we are gonna terrorize these nitrous 1ks and then come for these Busas, lol. 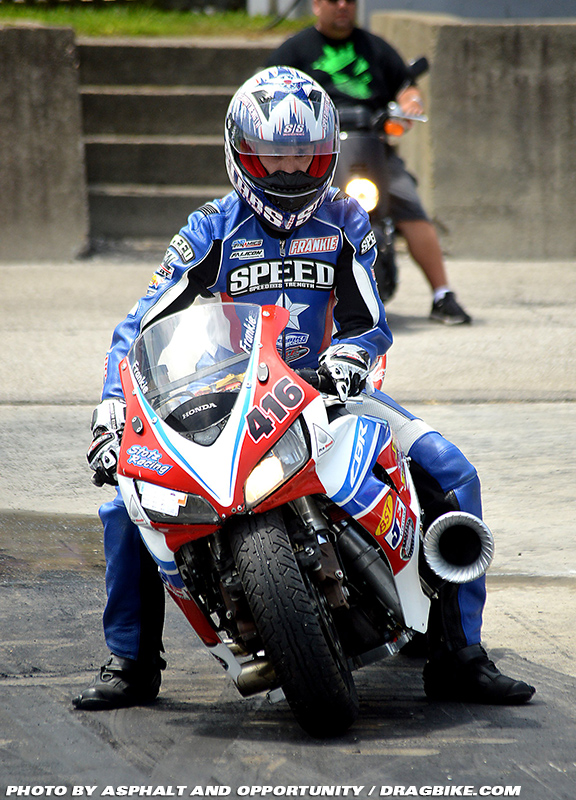 A: You don’t need a Nitrous Bike to whoop some ass, I heard the South can only build Nitrous Bikes, Lol…..

Q: What Grudge bike would you like to run as your first victim in 2016?

A: I’m not sure who our first race would be against. We’ve only had a couple passes on the bike and still learning. We plan on going to Florida soon to test both bikes and to get them ready for the 2016 season for Pro Street and Grudge. I just want to race with the nitrous 1ks in their shootouts … (We plan on terrorizing these nitrous 1ks!)

Q: What was your most memorable moment of the 2015 Grudge Season?
A: Kings of Grudge (BIG 8 ROYAL RUMBLE) at Piedmont Dragway winning the Big 8 Title vs DME Racing. 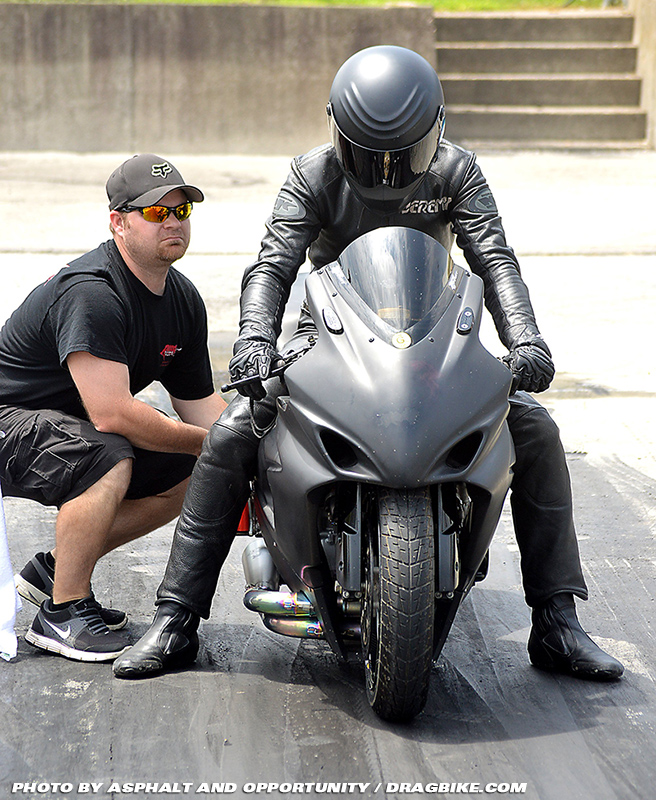 Q: What does Rossi Performance have in store for 2016? Any sleeper builds that the Grudge World should be on the look out for?

A: Yes, We have a few new builds coming in 2016, but be on the look out for our latest build… A Flat Slick Suzuki Hayabusa named “Under The Influence” …. Stay tuned! 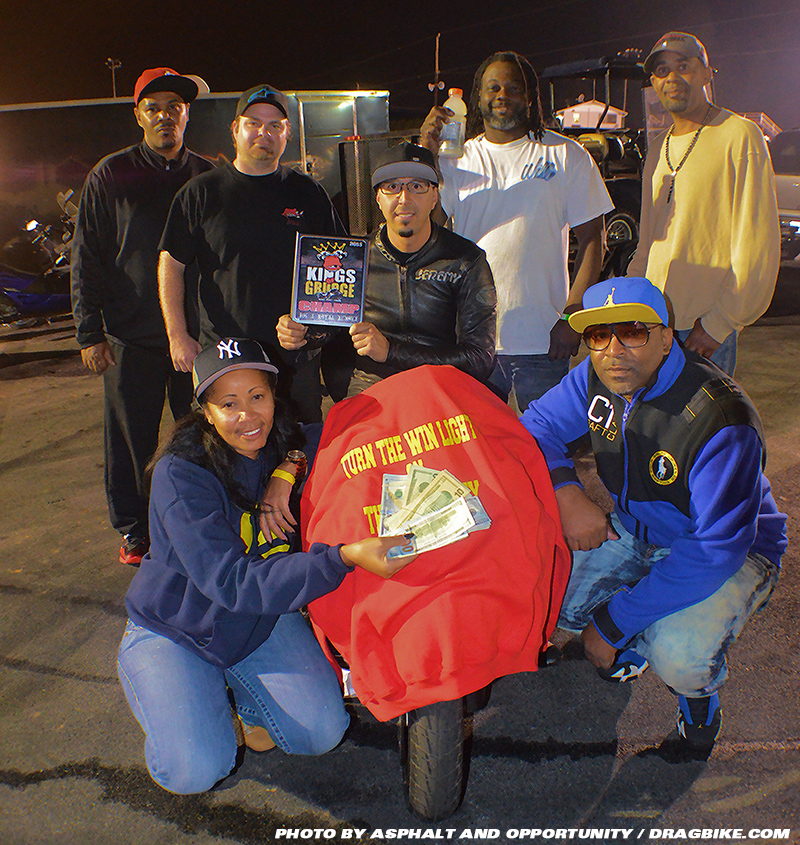 Q: How would you describe the 2015 Grudge Season?

A: Describe 2015 Season? 2015 has been an awesome year. Racers and fan turned out in larger numbers. The competition has grown to great lengths. We’ve had wonderful track facilities to race at. Nonstop action for the fans, they have really enjoy the grudge racers putting on a show!

Q: Where did the inspiration come from to create “The Kings of Grudge”?

A: Well that comes from just the pure love of motorcycle grudge racing. Really comes from being a grudge racer myself in the past. But we wanted to give the Grudge Bike community a race avenue or platform to allow them so expose their talents and passion for racing. Kings of Grudge Series was inspired and created for the true grudge bike racer. We also wanted to give everyone a chance to see and feel the excitement first hand, so came up with taking it from track to track in different states, hence the name Grudge Series Tour. We bring the hype and the baddest grudge bikes on the planet to get the fans out their seats. 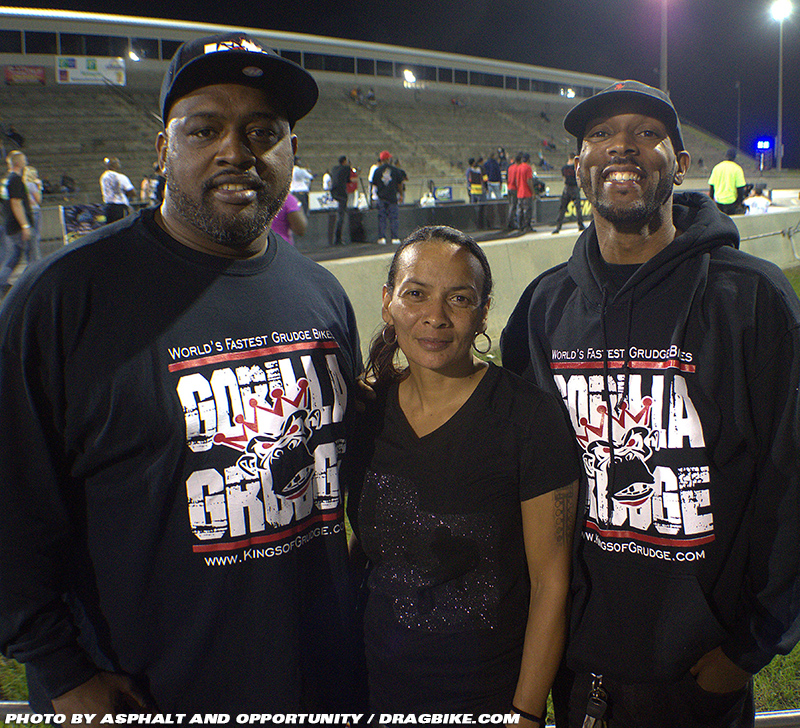 Q: Speak on the Evolution of Grudge?

A: I think it’s the thrill of the ride, the high level of racer competitiveness, that in your face action. (Big egos, Big Dollars and Braggin Rights) Some of our grudge classes street hustlers, hand clutch killaz, and Big 8 Royal Rumble has lit a fire and has become a big part of getting grudge bike racing back to its highest level. As better race products evolve… the faster these bikes go, the more race fans get excited and come out to spectate. The foundation has been made, but still lots of work to do and more opportunity for grudge bike racing to get bigger. 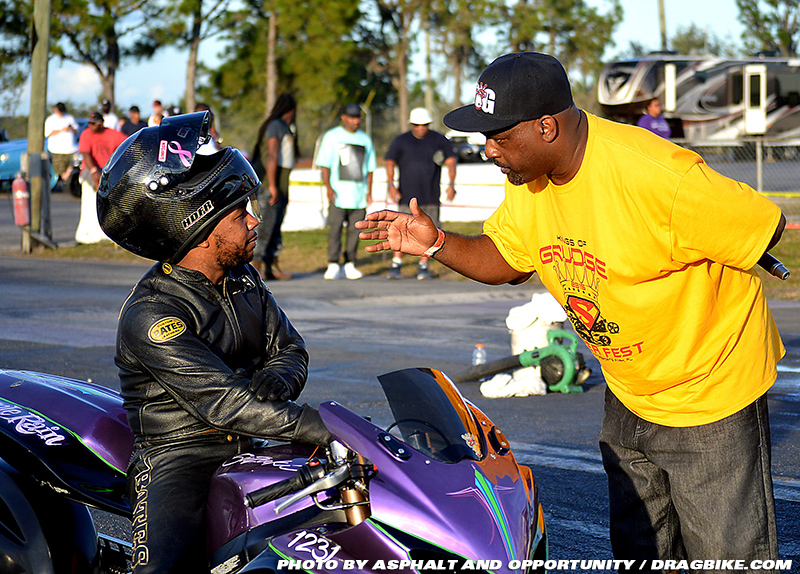 Q: What is your vision for “The Kings of Grudge” series?

A: Wow… where should I start? Our vision for KOG is to bring grudge bike racing to the forefront. Expose our great sport to millions, give the racers the most competitive platform and avenue to showcase their talents. We want to bring the fans/spectators an high energy, non stop action show that they will want to come back to over and over. We want to take the series tour from state to state to give everyone the chance to experience the fastest grudge bikes in the world. TV shows, social media, publications, documentaries, magazines, etc. are all good ways to help market and build KOG brand that will forever change the sport of Grudge Bike racing. We do this because we love it, we do this because we live it, we do this because grudge racing is just in our blood.

Q: Everyone knows CDRacing from racing in the MIRock/IDBL series over the years. What inspired the move to build a Grudge Bike in 2015?

A: Well to be honest, it was a shock to me. My father Blair Dickerson is my inspiration and stated I needed to step my game up in drag racing. He had one of my sponsors Frank Hazen paint the bike and surprised me with the bike. I was in total shock! 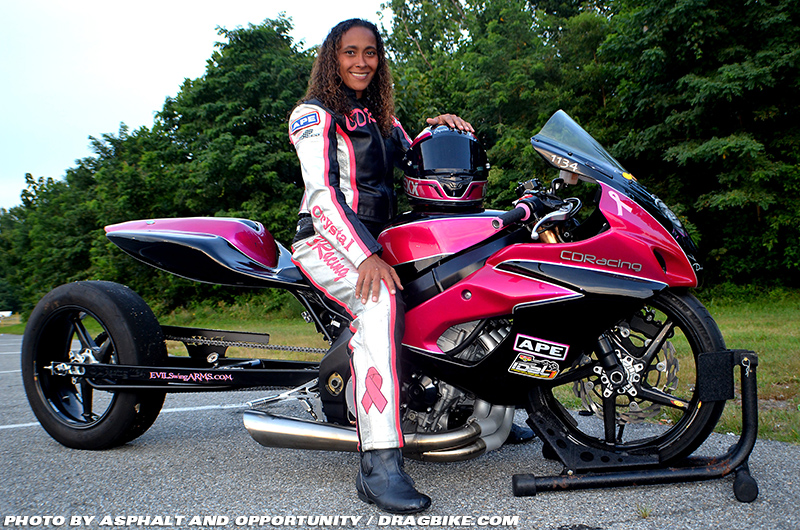 Q: What was your most memorable Grudge Race in 2015?

A: I came into the 2015 Grudge season late and I practiced with my little Brother Quez Gaskins with Derek Henderson’s RG3 bike so my first real race was against Gloria “Wonder Woman” Mitchell during the AGR female flat slick shootout. I didn’t show it because I was with the Queen of Grudge but I was so excited inside lol.

Q: Besides IDBL, what does CDRacing have in store for the 2016 season?

A: I will be attending some AGR and KOG events along with IDBL. I may have some very exciting news about something else but at the moment I can’t release any information but I will make sure you’re the first to know! 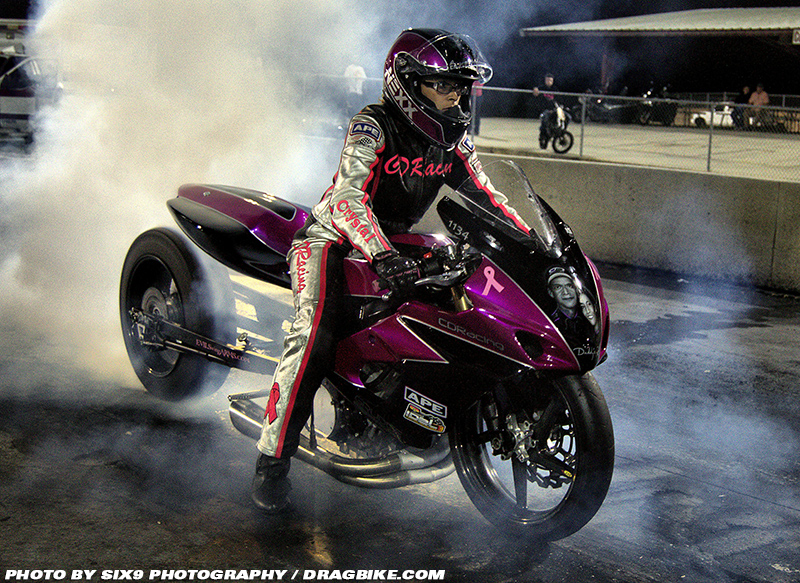 Q: No Holds Barred…. No Rules in Grudge, What Grudge bike would you like to set a race up with in 2016? (male or female rider)

A: I am still learning the bike names but I would love to run back with Leon’s bike with Lil’ Matt and Hulk Smash. No excuses but lesson learn don’t go to an event and not have a new flat slick with you. I’m ready for this season and I’m not scared!!! Let’s Get Wet!