Another racing season has come to an end, and when all-out plaques and belts were handed out, there was one racer that reigned supreme throughout the year. Roger Starrette Racing’s featured rider, Desmond Spaulding aka “Kill Bill” has been full throttle all season long taking on any and all competition, and dominating while doing so. With BACK to BACK “Grudge Racer of the Year” (GROTY) awards for the 2016 and 2017 racing seasons… 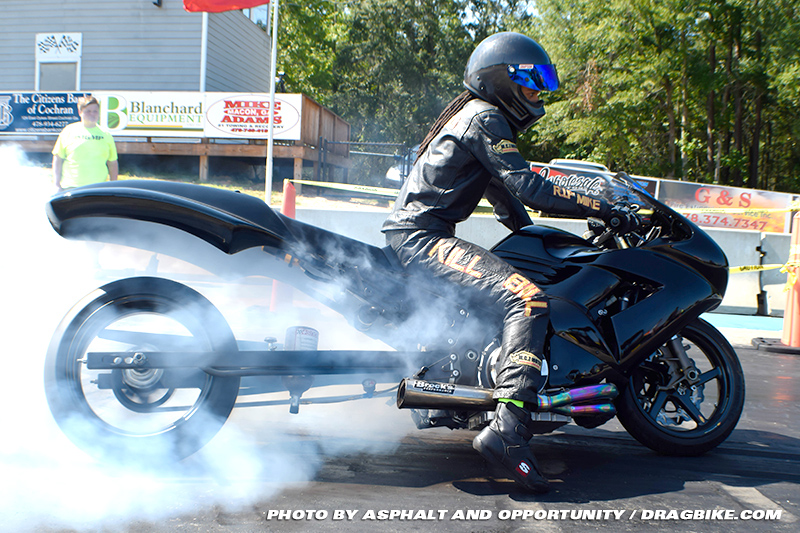 How does it feel being voted the GROTY for the second consecutive season in a row?

Wow… it is truly an amazing feeling to be the first racer in the motorcycle Grudge world to win back to back GROTY awards, but I couldn’t have done any of this without my team and support from family and fans. They are the reason I go as hard as I do. 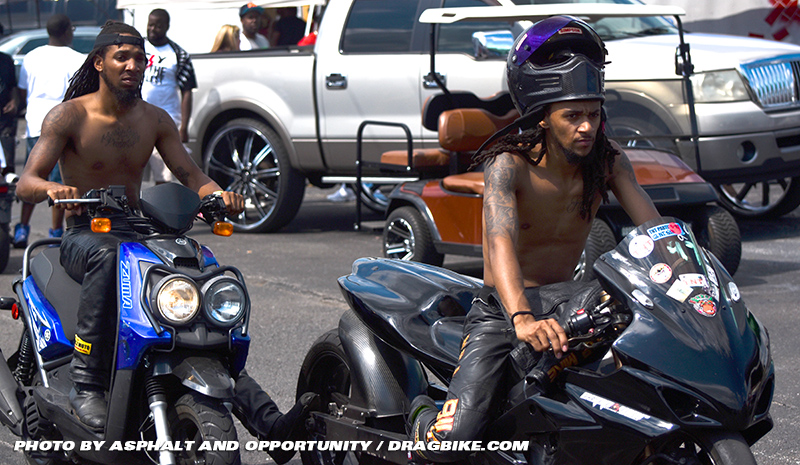 We have seen you ride out some wheelies over the past few years that the average racer would let out of and I cringe. I remember being at home during this years NHDRO Finals in Indy and seeing the video of you racing and going down after crossing the finish line.

For most of the racers and fans, It was a reminder of how dangerous the sport of drag racing can be. Talk to us about what was going through your mind during and after the accident?

A lot of people have asked why I didn’t let the bike go and just jump off. I tell them, “If I didn’t hold on to the bike and steer it into the wall that the bike would have pinned me in between the bike and wall so I just let the bike take most of the impact.” After my crash in Indy, I didn’t know how long I was going to be down or if I would ever be able to ride again because I had lost feeling in my left arm. I could still move it and the doctors couldn’t find anything wrong with it, but I was not going to give up that easy.

Each day I began to feel a little more feeling starting to come back in it so I pushed myself to come back for my fans. I called the team and told them I wantd to shake down something to make sure I’m ready. My first big test was testing the same bike I crashed.  Roger said, “You know this the bike you crashed” and I said, “Yes roger… It don’t put no fear in my heart, I just wanna make sure my arm is strong enough to come back. Once I made that shake down and felt okay with it…. I felt comfortable, almost like nothing had ever happened. I just thank GOD that I was able to walk away with a few scars no broken or fractured bones. 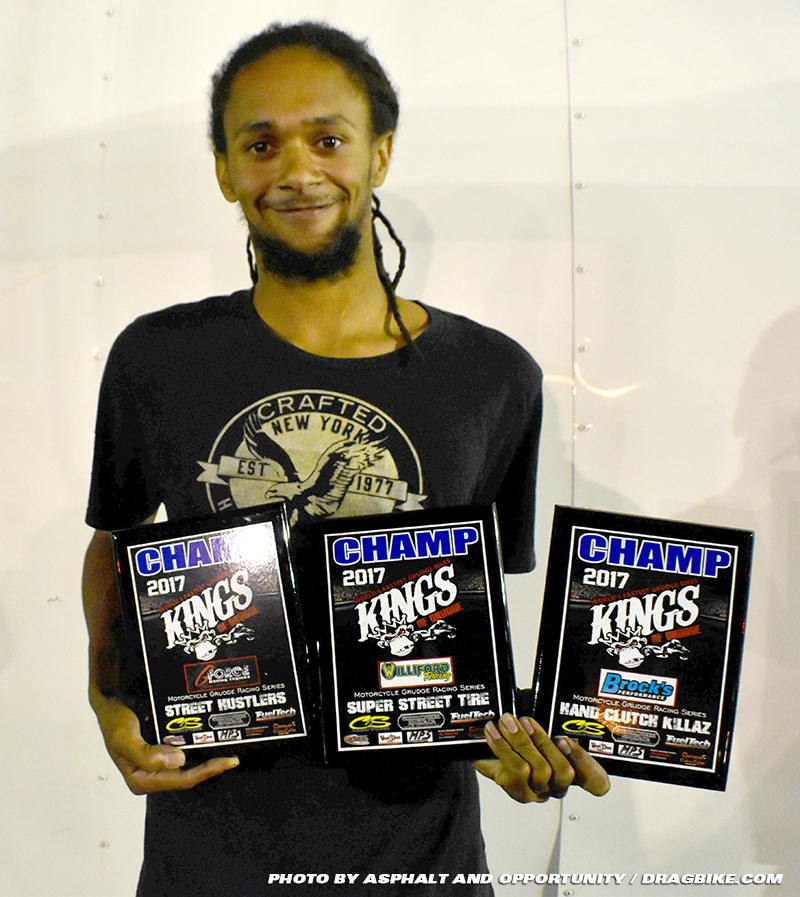 I tell people that I’m pretty sure that I watched you sign your first autograph at the Kings of Grudge in Piedmont, NC this season. It’s always exciting for me personally when I see the growth in every racer throughout the racing season. What is it going to take for to 3-PEAT in 2018 and even more… What will take for someone to dethrone you?

Yes you did watch me sign my first autograph and man I think we both were excited. I never thought I would be signing and autograph.. it was truly amazing….. It’s going to be hard for a 3-peat, but my team and I are gone try our hardest to make it happen. We got a few tricks we haven’t pulled out the bag yet…. it’s going be hard for someone to dethrone me because I have a strong team behind me. 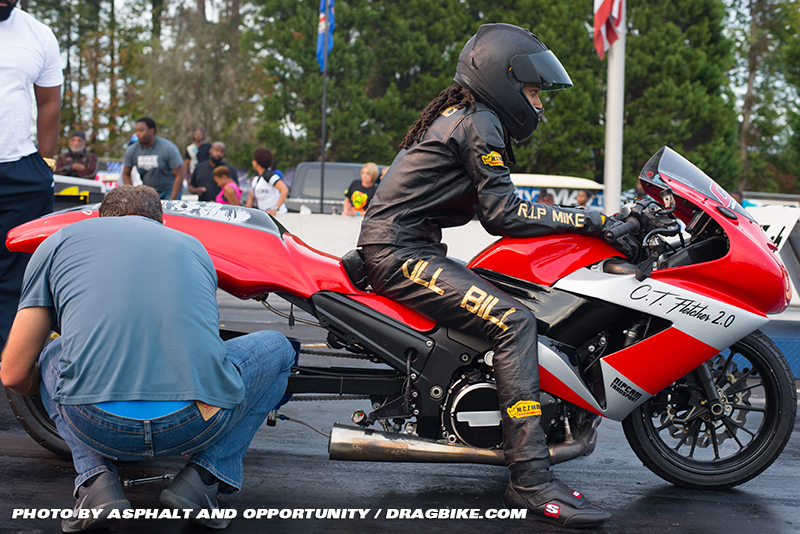 The New racing season will start before you know it with only about a three-month break in the south. What’s the overall plan for the entire team in order to come back faster and recharged for the 2018 season?

Yeah the race season may end and some may take a break but I don’t take breaks. I have to stay on top of things… so I race all year round and my team is always planning ahead halfway through 2017. We talked as a team on what we will need for 2018 and let’s just say that it will only get better… ROGER THAT! 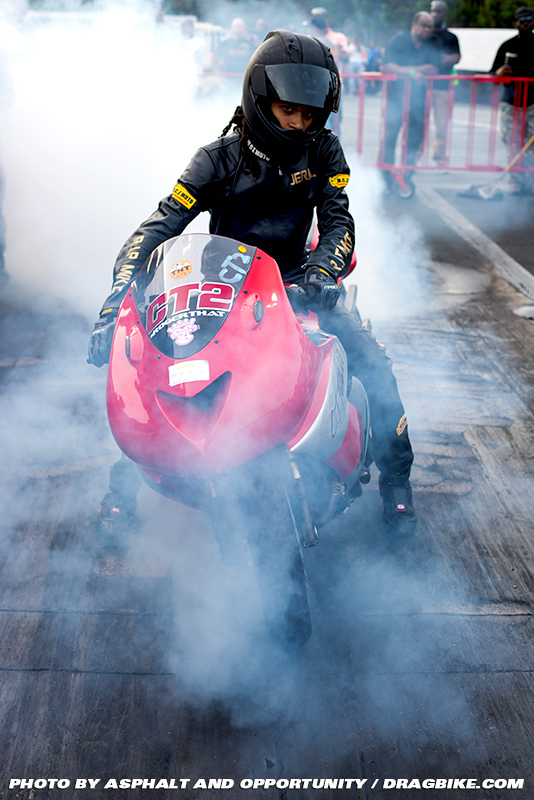