We sat down with Spencer Crawford of Team Budlight Lime as he was preparing his latest bike build after over 20 years in dragracing. This build was very unique due to the fact that he was introducing his 14 year old son, Jamaruis Crawford, into the sport of dragracing. 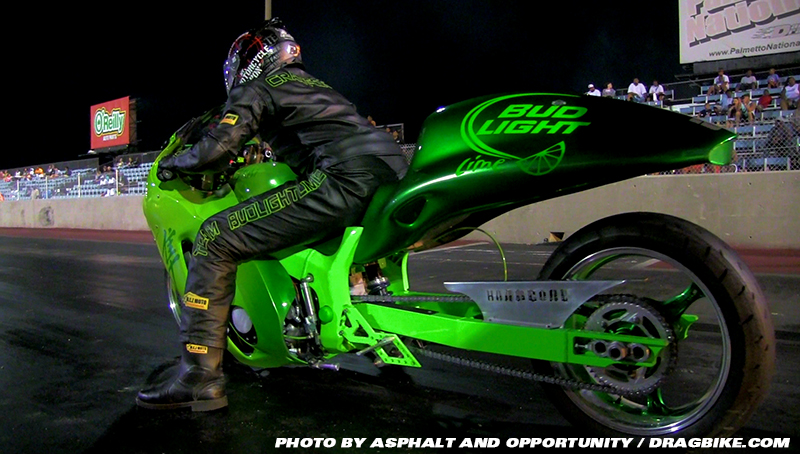 We sat down with the crew and we decided to document the growth of a 14 year old as he learns the sports of dragracing from Richard Gadson, one of the best in the business. We began this brief documentation throughout the summer of 2016 and we watched this young man go from 0 to 100, real quick. We began by just hanging out and watching this father-son combination in the garage, turning wrenches and talking. 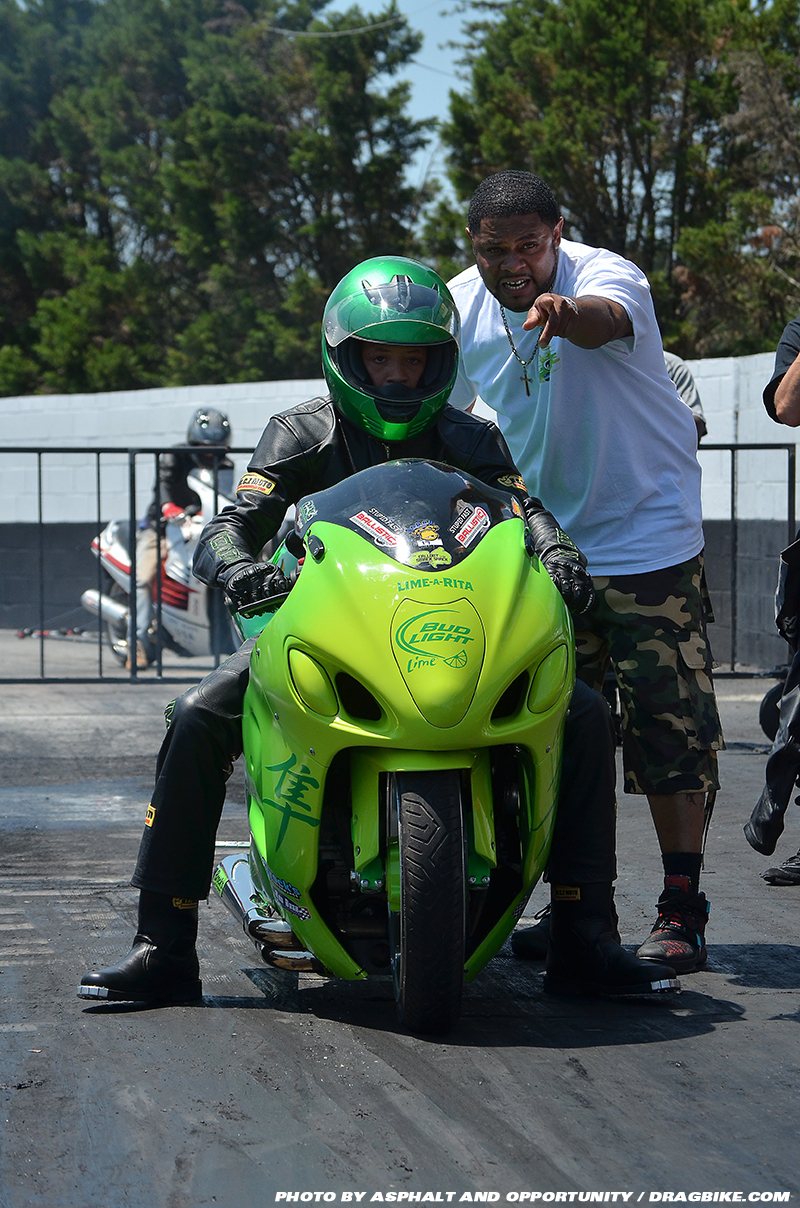 It later evolved to the Kings of Grudge, one of the biggest events in Grudge racing in front of several thousands of fans and shifted to the WPGC BikeFest at Maryland International Dragway and later Big Rob’s Birthday Bash at Darlington Dragway. We were able to watch Richard Gadson explain to young Jamaruis, “Why he does things”, but he would never tell him to do anything because he wanted him to figure things out for himself and find what’s comfortable for him. 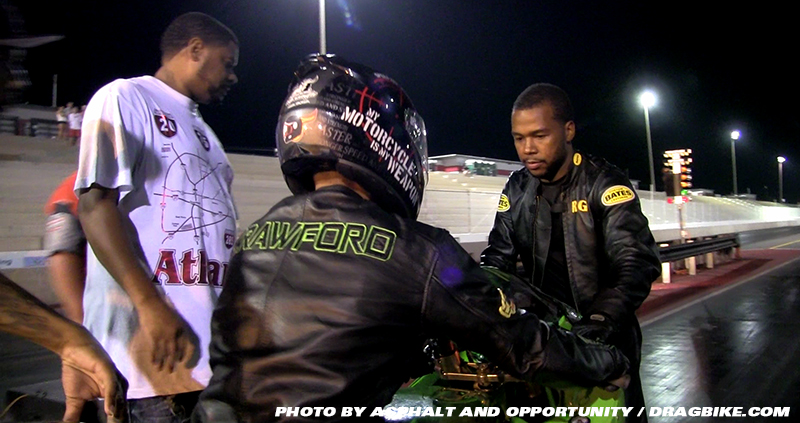 We watched and were able to see all of the growing pains and watch a 14 year old digest everything from learning how to manipulate the tree to just getting down the track. Throughout history many of the world’s best riders, such as Valentino Rossi and Marc Marquez, began racing and learning motorcycles at an extremely young age. They began racing in safe environments such as the track wearing complete full leathers. 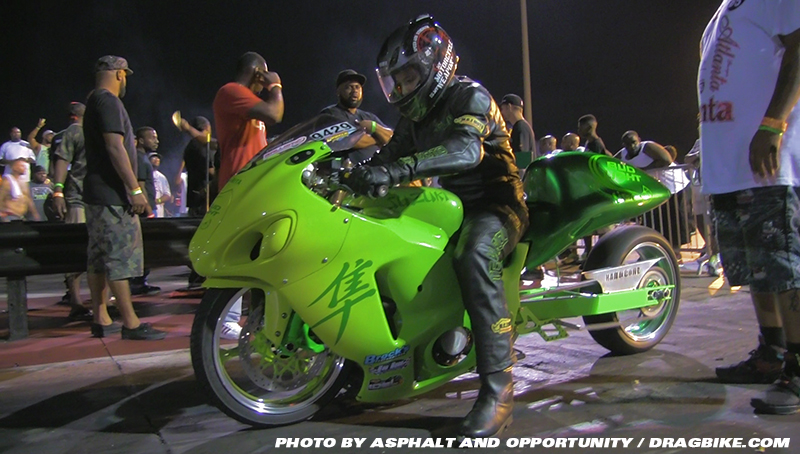 With the knowledge and guidance that this young racer has received in just one summer, there’s no telling where he will be in 3 years from now. Now that school is back in session and all of the kids are back in school and are talking about what they did and where they went over the summer… young Jamaruis will have an interesting story to tell! ” 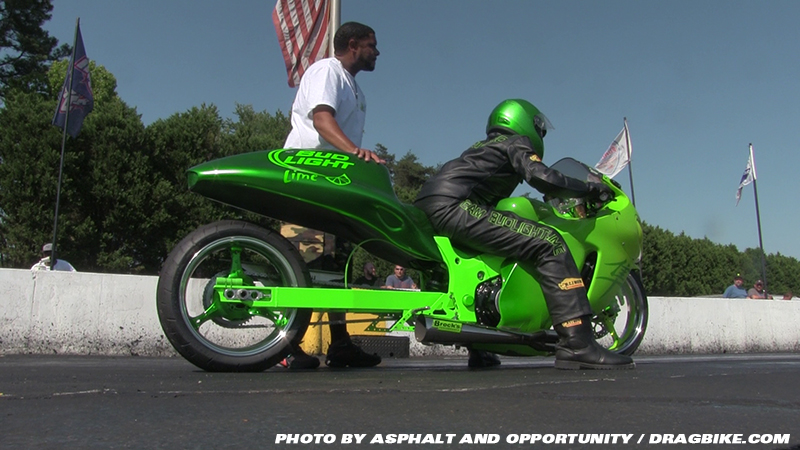 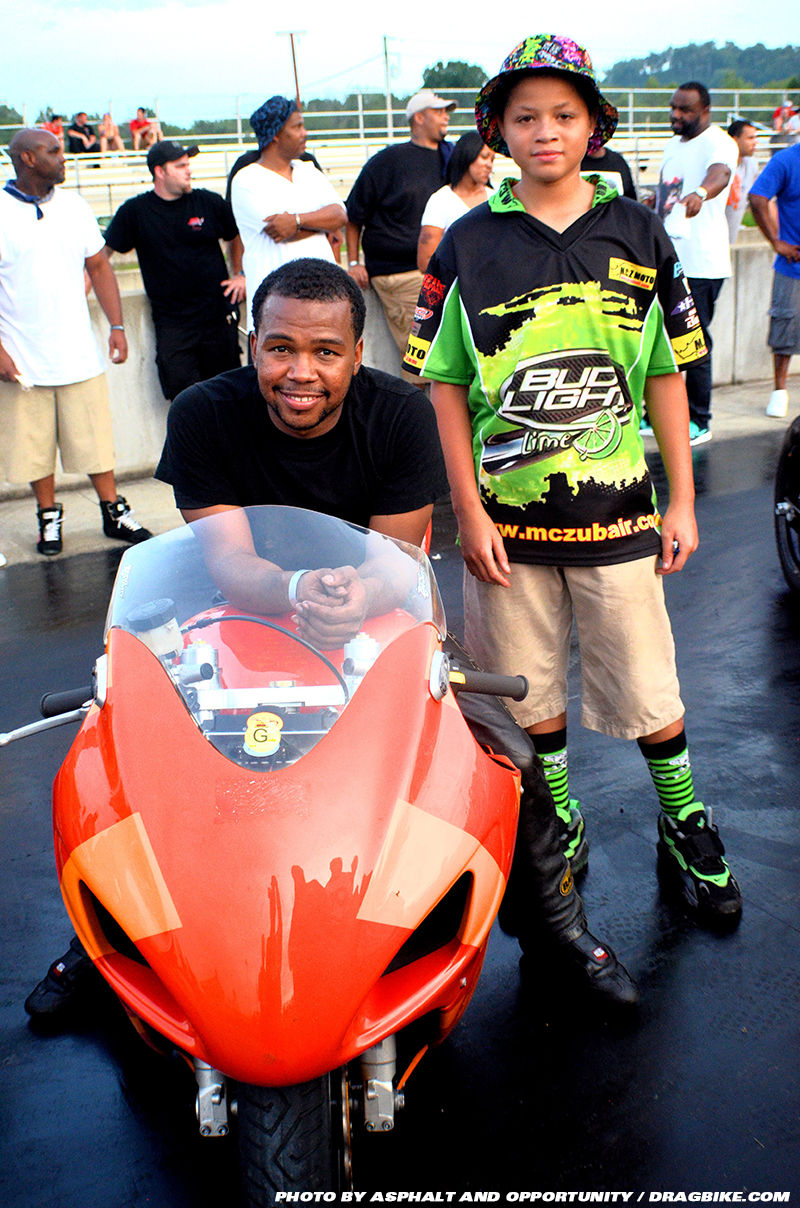