HomeColumnsBuilt to WinBuilt To Win: The Weak Get Eaten 2K18

Built To Win: The Weak Get Eaten 2K18

A New Year, A New Beginning…. It cost to play in this racing game and we all know that anything can happen at any time when it comes to these bikes. It’s an expensive hobby that requires a lot of patience and dedication, which is the reason why most don’t last long.

You have to be smart in this Grudge game. It cost a whole lot of money to go fast and you have to know that you can only make so many hits when running NITROUS, so you have to make them count. You have to know your opponents (do your homework) and know who you can get by. You have to be truthful with yourself when you’re unsure whether or not you got enough. If you try to take every race whenever someone starts talking sideways to you, you probably won’t last long in grudge. Remember, It’s okay to walk away and come back on another day because once you get into that slaughter box… it’s too late… The Weak Get Eaten, chewed up and swallowed.

This Edition of BUILT TO WIN, we decided to reach out to several different racers and bike owners to see what we should expect to see this upcoming 2018 racing season.

The 2017 racing season what cut throat. Everyone from the Handclutch killers to the Big Boy Heavy weights got it in. Who’s on the cutting board this season and what racing camp do you see as the biggest threat this upcoming 2018 season?

Well far as far as the cutting board goes… I’ve always been equal opportunity because everybody can get it. I loved racing when everybody felt that way… we all had so much fun. (Hands Down, No Excuses)

Is there any race that you’d like to run back from last season where someone got by you that you felt like you had covered?

It would be the Big Boy Heavy Weights final from VMP (Kings of Grudge). We had been battling issues all day from the bike not running right to the chain coming off on a shake down before the heavyweight race started. Even with all of the struggles, we made it to the finals and we didn’t turn on the NOS… what a disappointment that was that day and the trophy slipped right thru my grasp. 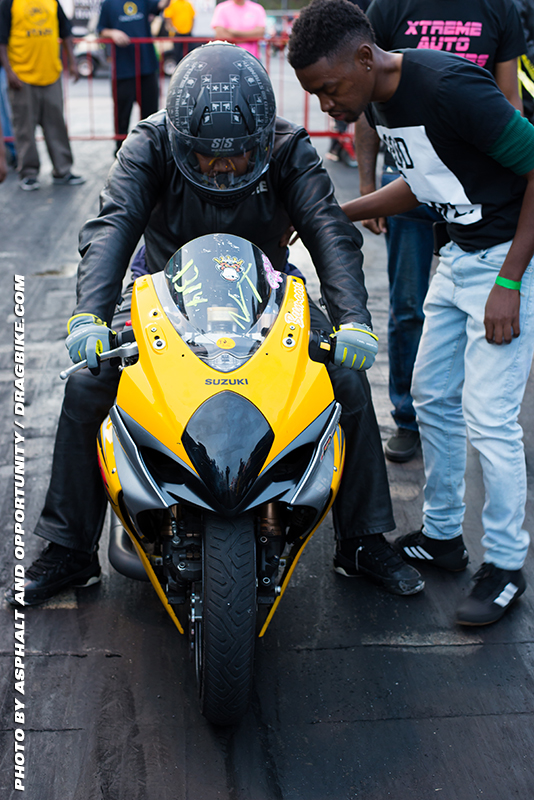 Several grudge bikes were in the shop all of 2017 and others just didn’t race at all for whatever reason. We didn’t see much of Eddie Cane and Slick sat out all of the 2017 season. Which bike do you think we need to be on the look out for in 2018 as the comeback of the year crew/awardee?

New owner of  … You took the 2017 racing season trying to get it back right after a layoff. You took home the “W” at the CALLOUT Grudgefest last season with Richard Gadson as the pilot. What’s in store for the 2018 racing season?

I never had the intentions of ever owning LHM, but with the loss of Joc being more like a brother to me which I consider family, I had to become the new owner giving him the final Victory which I was able to accomplish in Macon, GA at the Callout Grudgefest. There is no particular crew that I am interested in running at this time. I am kind of like a swinger when it comes to Grudge Racing… what ever comes at me I just choose to challenge it by the way I’m feeling that day. You know I got one that I want to call out, LOL! (in due time) 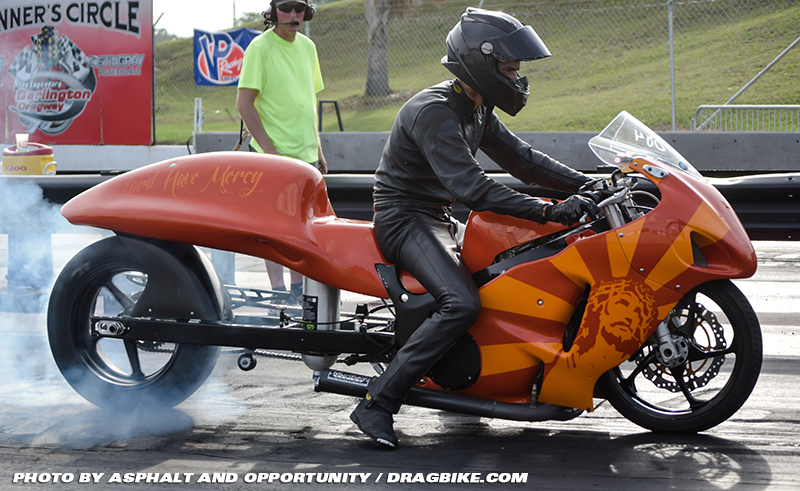 Is there any racing crew or any racer in particular that you want to try this upcoming 2018 season? If so, why?

2018, I plan to throw out a few surprises. Some said, “LHM will never be the same again” and you know what… they are right, without Joc it will never be but what I can tell you is that it will be better. I have a hell of a team behind me and I wouldn’t trade them for the world.

We reached out to several different racing camps prior to the 2018 racing season beginning. I think that everyone would agree that 2017 was a rough season on Big 8 Caliber bikes, however the street tire game flourished. You finished the season looking good on the Cooper Performance powered “John Cena” Grudgebike. What’s in store for the upcoming season?

Well Julian, As you know the grudge game changes from one year to the next, so as for us we try to stay ahead of the game. For 2018 we releasing the all new Cooper Powered “John Cena” street tire grudge bike. Jerry Cooper has perfected an all new nitrous system with different stages and design. We finished 2017 the way we wanna begin 2018…. WINNING!!! 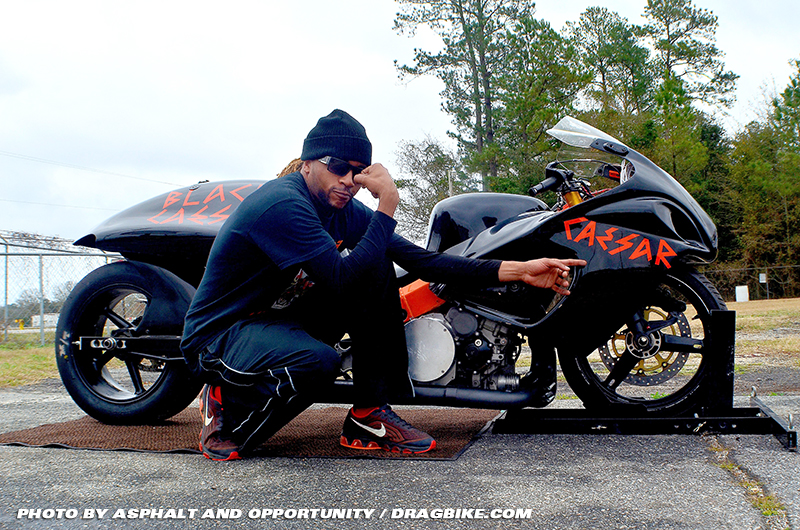 Now for the question that everyone’s been asking…. Will we see the return of Black Caesar this season?

Now as for That King… As for Black Caesar and his come back… it’s in the last stages of getting ready for the 2018 season. We’re hoping to bring it out at the Man Cup in April and continue on through the season. 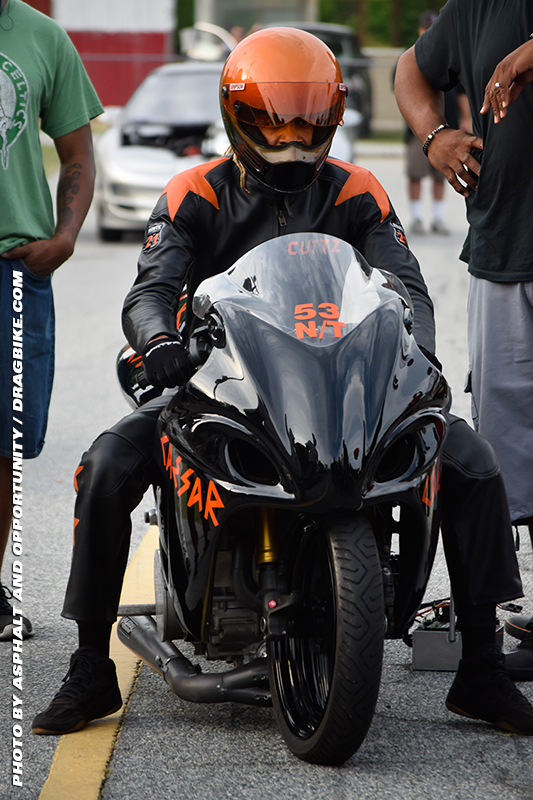 Black Caesar is back and with an all new program that will set the bar in the Big 8 races! As of right now, I can’t disclose the builder and tuner but let’s just say he’s the legend when it comes to Lectrons and the art of tuning them. I feel like this year will be the year that respect will finally come to “Black Caesar” and the camp of Assassin’s over here… So fans get ready and Haters get ready too, because this year The Double C’s (Caesar & Cena) will leave their mark… Winning! I wanna say thank you too VRacing and Cooper Performance for keeping these machines at the top of the race game.

2017… The Year of The Big Boy Heavyweights at The Kings of Grudge. You did a lot of traveling last season and you put Louisianaback on the map as far as on the east coast. Unfortunately now, You’re gonna have a bulleyes on your back this season. What can we expect to see in 2018?

Well, The OUTLAW has had some plastic/cosmetic surgery to help out on ALL new comers and old racers that have stepped there game up as well  With all the help of my crew/Louisiana at my back we plan on shutting it down AGAIN!!! 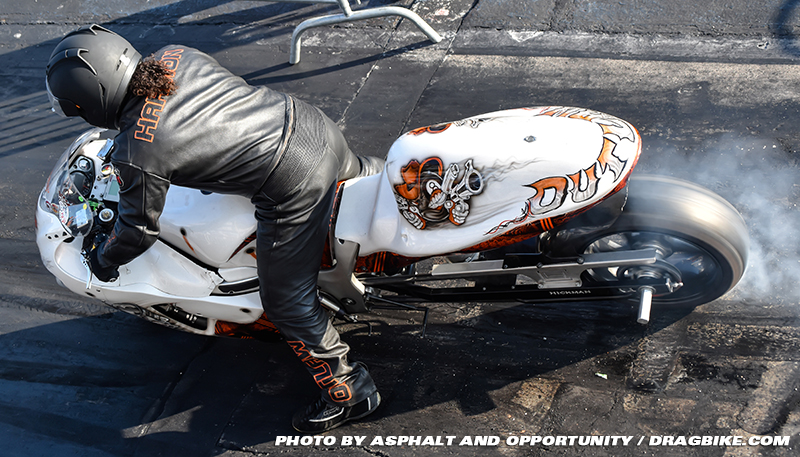 A lot of talking has gone on this off season… Is there anyone in particular that can’t wait to line up against in 2018?

Well… Its no secret for me and him, but Josh Eubanks is #1 on my radar and we will get it on in the class or straight up Grudge …. Its nice to have a sparing partner like Quick to keep your game face on, but I’m going to end it with my famous quote to all with that scope on OUTLAW…. “WHEN U THINK U GOT ENOUGH GO BACK AND GET SOME MORE!!!”

What is on the 2018 racing schedule for Team BudLight Lime… what can we expect to see from the Cooper Performance/Freeman powered Budlight Lime this season?

What’s on the schedule for Team Budlight for 2018… its hard to say but if you leave it up to me I would say a Can of Whip Ass… lol, but Spencer would say just to show he ain’t scared anymore and do some good racing. I expect for people to get ready to see this Cooper Performance/Freeman Power machine… it’ll be  an awesome collaboration. You sometimes hear about only 2 or three particular builders, but this year I believe that once again people will be giving Cooper Power the notariety that he deserves. As for that guy who walks around the track with that pocket Laptop (Freeman Power) You’ll see that the work will speak for itself when it comes to Kier Freeman, a certified Fuel Tech Dealer. 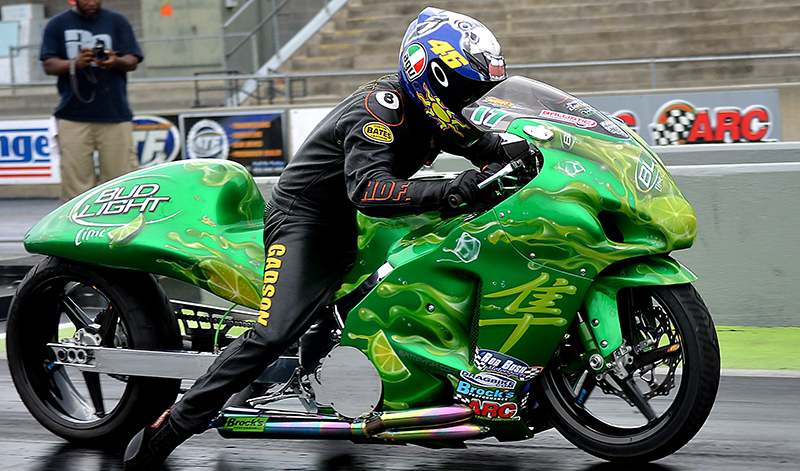 As a bike owner/event holder/fan of the sport…. What bike would you like to see do well this season that sat out the majority of all or most of the 2017 racing season?

The crew I would like to see do well that sat out a lot for the 2017 racing season of course would be us…lol. Seriously thou, I would love to see Black Jack kick some ass, it was the later part of the year when he was finally able to come out but didn’t get the chance to really spread his wings.

I’m going to put you on the spot for a minute…. I’m asking from a fans perspective, What do you think that it will take for someone to dethrown ”Kill Bill” as the back-to-back GROTY during the 2018 Grudge season or can it be done?

Fifteen 14’s on standbye with Roger on the Sideline…lol. When I say Kill Bill is on my Top five you got to be able to have more than skills to take him down. It’s not just the Jockey its the Combination that wins GROTY.