The Top Fuel Harley scene has enjoyed steady growth in Canada ever since the CMDRA (Canadian Motorcycle Drag Racing Association) started running the class as its headliner in the mid-1990’s. Fields are now larger than ever, the competition is tighter, and the quality of teams, tracks and venues continues to improve. For 2005, the CMDRA boosted its schedule to seven events – up from six in ’04 – showing that the class and the sport are indeed experiencing growth in Canada.

With the 2005 racing season still more than two months away, here’s a look back at the Top 10 points finishers in CMDRA Screamin’ Eagle Top Fuel Harley for 2004.

1. Ron Houniet – Fast Lane Racing
What can be said about Ron Houniet that hasn’t already been said? He’s the quickest Canadian Top Fuel rider in history at 6.54 seconds and last year wrapped up an unreal Ninth consecutive CMDRA Top Fuel championship. In 2002 he made history by claiming both the CMDRA and AHDRA Top Fuel championships. His Fast Lane Racing fueler also set a new official CMDRA E.T. record this year at 6.679 seconds (at 213.77 MPH to boot). 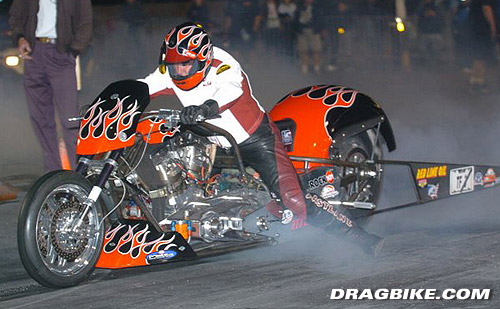 2. Brian Hall – Nitromotion Racing
Brian Hall was dealt the role of bridesmaid for the second year in a row in 2004, despite an impressive season which included a win at the Season Opener in Ashcroft and a season-best 6.79-second quarter mile pass. He also won the Nitro Harley exhibition at the IHRA Rocky Mountain Nationals at Budweiser Motorsports Park in Edmonton. 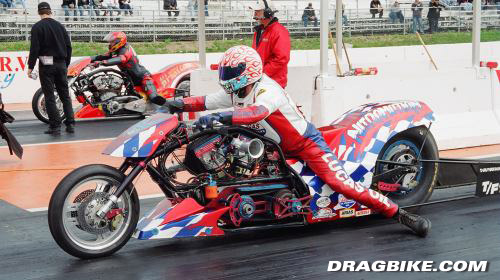 3. Rob Smith – Frantic Racing
Rob Smith was certainly the surprise of the season in Top Fuel, stepping up in a major way in ’04 and coming within 7 points of catching Brian Hall for second place. Season highlights included winning the Season Finale in Mission and setting a new track record of 6.74 at Bud Park in Edmonton. 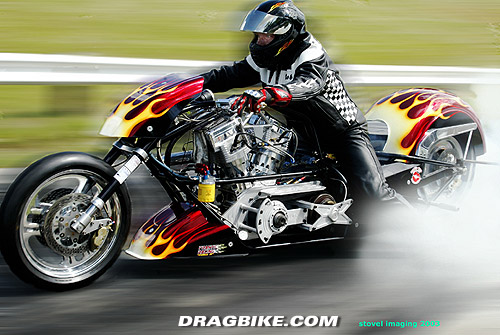 4. Jon Tenebein – Wise Guys Racing
Despite being at a performance disadvantage to most of the frontrunners in Top Fuel, Tenebein managed to wiggle into fourth place for 2004. His best performance came at the second Edmonton race, where he was runner-up and established season-bests of 7.08 and 199.82 MPH. 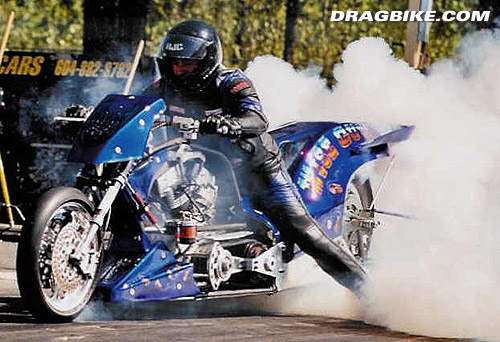 5. John Bryce – Hi-Way Racing
Bryce has had a hard time getting a handle on his extremely potent HiWay Choppers entry. Despite having run as quick as 6.74 a few years back, Bryce has had a tough time keeping the wick lit from start to finish in recent years. He still nailed down a Top 5 finish in 2004 and ran season-bests of 6.92 and 191.61 MPH. 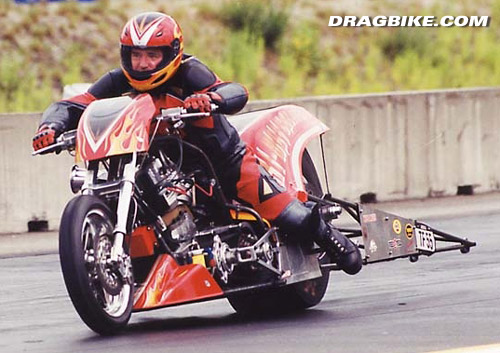 6. Mick Cawthorn – Kane’s Racing
Like Bryce ahead of him, Cawthorn qualified for every race on the schedule and managed to win a couple of rounds on Sunday, earning him Sixth place overall. He was also invited to take part in the Nitro Harley Exhibition at the IHRA Edmonton race, where he reached the semi-finals. 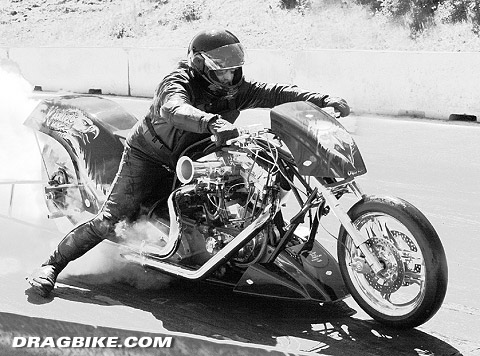 7. George Welch – Welch Racing
Welch struggled during much of the 2004 campaign despite having a capable motorcycle with lots of power. Things would change, however, at the CMDRA Season Finale in Mission. After some unimpressive low 7-second passes, Welch stepped it up in a major way and ran a wild, aggressive 6.76 at 210.13 MPH – his first-ever 200 MPH run. This headshaking pass is captured forever in super-slow motion on HorsepowerHeaven.com’s ‘Dragbike Dynamite’ DVD (2004). 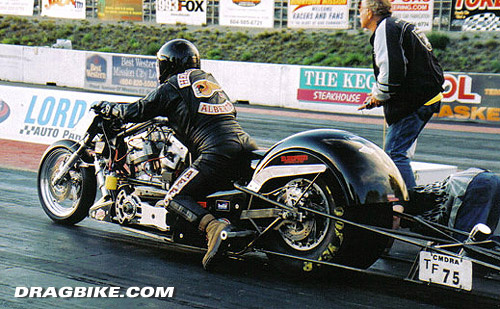 8. Ken Kent – Prairie Fire Racing
‘Mr. 200’ Ken Kent had a respectable season in 2004, despite only finishing 8th in points. Highlights included qualifying #1 (7.00) and going 205.43 MPH (a career-best speed) at the IHRA Nitro Harley exhibition at Bud Park and running a best 6.89 in CMDRA competition. He could have finished as high as #4 in points had he not missed the Season Finale in Mission. Alas, Kent had a good excuse – he was attending his daughter’s wedding. 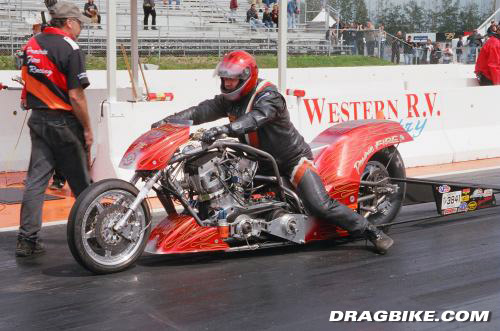 9. Steve McTiernan – Rapid Fire Racing
McTiernan will probably be best remembered by the massive fireball that he had on the starting line at the High Desert Rally & Race in Ashcroft. Fortunately he was uninjured in the explosion, though his motor wasn’t so lucky. McTiernan still managed to quailfy for 5 of the 6 races on the tour, earning himself a spot in the Top 10. 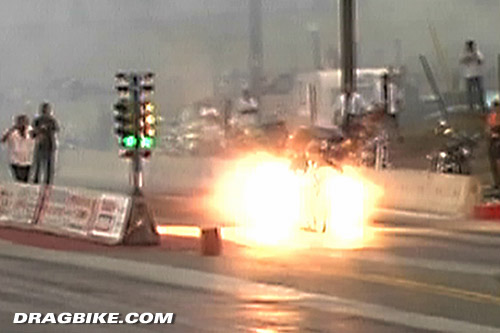 10. Jason Arkinstall – Nemesis Racing
Another racer who had a hard time realizing the potential of his ride was Arkinstall, who struggled during eliminations in 2004 after a promising debut in late ’03. He showed the potency of his combo with season-bests of 6.88 (Ashcroft) and 201.88 MPH (Edmonton). Still a newbie on the Top Fuel scene, watch for Arkinstall to make some serious noise in the coming years. 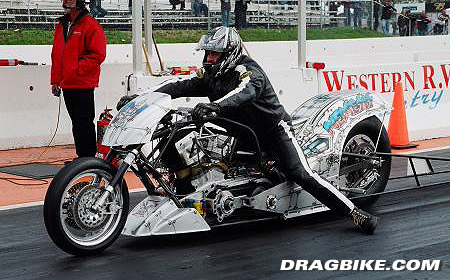