Driving to the Philadelphia airport after attending the NHRA Englishtown event, I decided to take a quick detour to see Bob Carpenter at Carpenter Racing in Berlin, NJ. Although the visit was intended as a social call, it turns out that I came in just as Carpenter was embarking on a big new project.

If you have ever been to Carpenter’s shop you know that his business volume has exceeded the size of his current building. His business is efficient, smooth and organized, it is just pressed up against the walls.

The “shipping department” has encroached on the front office and reception area, rows of cylinder heads are lined up waiting to get on the 5-axis CNC machine that’s whirls away endlessly, metal racks have multiple shelves containing neatly-sorted valves, springs and other components ready to be at part of an enhanced cylinder head. 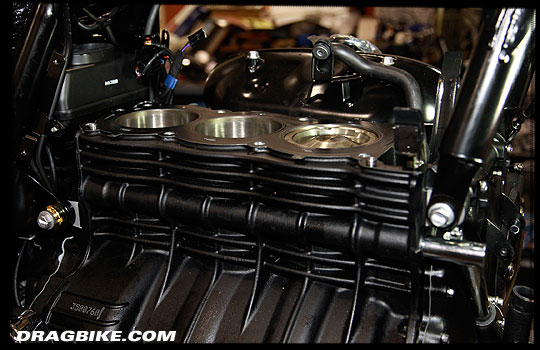 Between the stacks of racks, workbenches lined with components and boxes of stock items are small pathways leading to the machines that make up a full – and busy – machine shop.

And then there are the bikes. Parked as tightly packed together as you can get them – probably five dozen total – massed around the two garage bay doors. They are just what you would imagine would be parked in Carpenter’s shop: mostly Hayabusas with a number of ZX-14’s ZX-10’s and GSXR 1000’s. Whatever it is, it is definitely a modern, big-motor sportbike.

But there was something odd in this sea of Japanese machines: at least six, brand-new Triumph Rocket III’s. Even Eddie, his trusted mechanic, had one up on a lift and was digging into the engine. The bikes had just come in as the shipping containers were still stacked up outside. 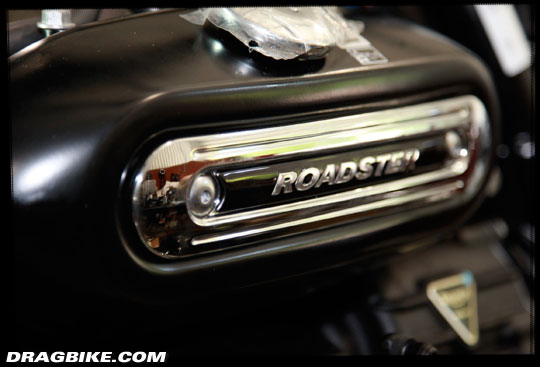 Carpenter had first gotten his hands on a Rocket III two years ago and after a first round of porting, pistons and cams, nearly doubled the horsepower on the 2300 cc beast.

I remember talking to him about these bikes back then and I thought it strange that a guy whose business is so dedicated to Japanese sportbikes would gush – gush – about a muscle cruiser. He was almost as excited as when the Hayabusa came out in 1999.

As they say in the horsepower game, “there is no replacement for displacement” so it made sense that a guy dedicated to horsepower would get excited looking at a 2300cc “blank slate”. 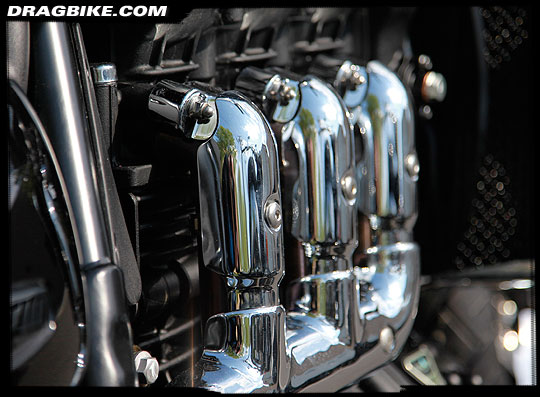 Carpenter instantly got national attention with his efforts with the Triumph when one of his client’s Rocket IIIs won the prestigious Brute Horsepower Shootout in Daytona in 2010. The bike produced 243 horsepower and was rated the top horsepower of ANY normally aspirated bike in the competition. 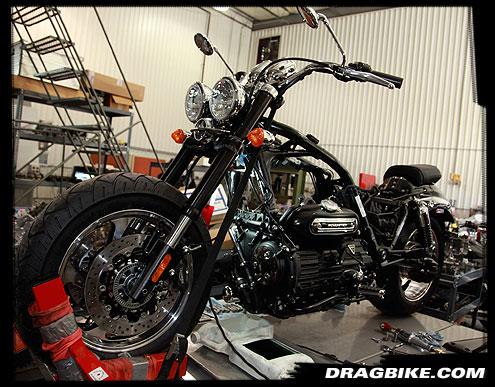 So what was going on with all these Triumphs on the shop floor?

“We have a big project going on here,” he said coyly.

While he was sketchy on the details, Carpenter said that he was embarking on a development project with the support of the Triumph North America.

“They noticed what we were doing with these bikes and decided to help,” said Carpenter. “We are partnered together on this effort.”

Code named “Silverback”(after the dominant male in a gorilla troop), the project will take the power bandwidth of the Rocket as far as it can go while still maintaining a high level of streetablilty.

Carpenter hinted that he also plans to modify one with drag racing-specific chassis changes to take on the Hayabusa head-to-head. “These bikes are pretty torquey sons of bitches off the showroom floor,” he said. “With the power we are going to add to them matched with the right chassis changes I think this bike will compete with anything out there despite the weight.”

Carpenter further states that his horsepower enhancing techniques are right in line with the target market for the Rocket.

“Triumph didn’t make a 2300 cc bike to be another cushy cruiser,” he said. “They didn’t build this bike for people that are shy about turning the throttle. These bikes are for riders that want a combination of comfort and brutal horsepower.”

He advised us to stay tuned and “beware the Silverback.” 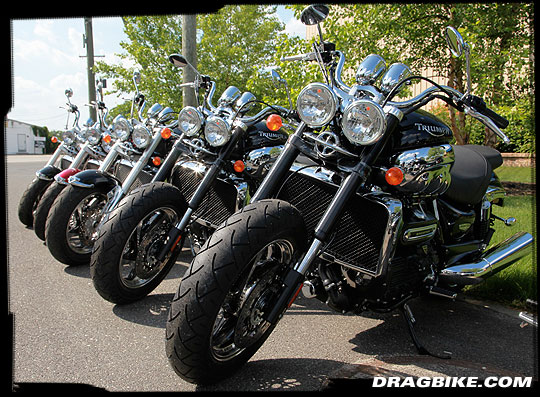