When it comes to the explosive world of nitro drag racing, anything can happen. If anyone knows the highs and lows, it would be Australian Top Bike Champion Chis “Nitro Voodoo” Matheson

Matheson was certainly looking forward to the Gulf Western Oil Nitro Thunder at Sydney Dragway, hoping to bag more points in his chase for a sixth Australian title.

Two weeks earlier Matheson made the finals at Willowbank’s Super Thunder event only to see rain cancel the event. Matheson still jumped from third place to No.1 coming into Sydney on the back of his strong results. 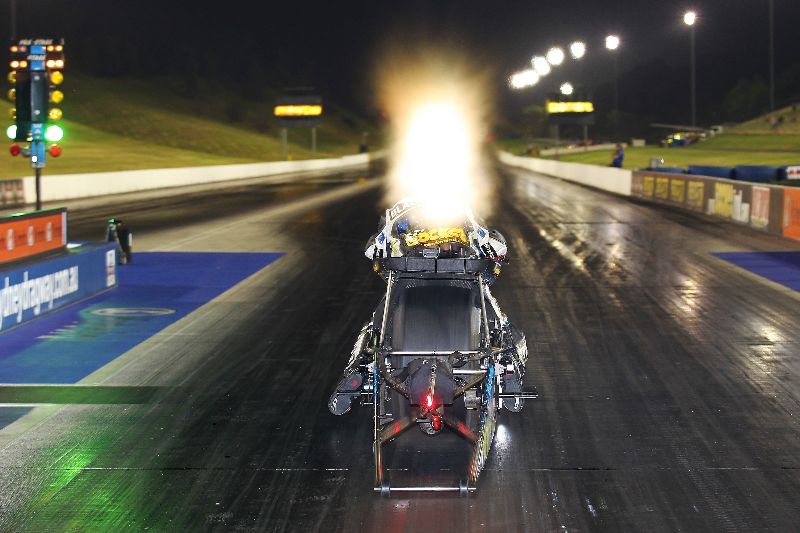 So far Matheson has gone to the finals of every Top Bike round this season!

At the Nitro Thunder, the predicted rain arrived and didn’t let up, canceling our two shakedown sessions.

“The plan was to come out for Saturday’s shakedown session and do a half track pass, look at the data and then tune her up for the first round,” said Matheson.

“Next round I ended up with a solo, so made the choice to take the light and shut off as we had damaged the bike on the earlier run.

For Rd 2 Matheson was up against Perth Harley rider Les Holden.

“We knew we had to run hard to take on Les as he is a true racer with a quick bike. The result was a 6.09 low ET for the round and importantly a win,” said Matheson. 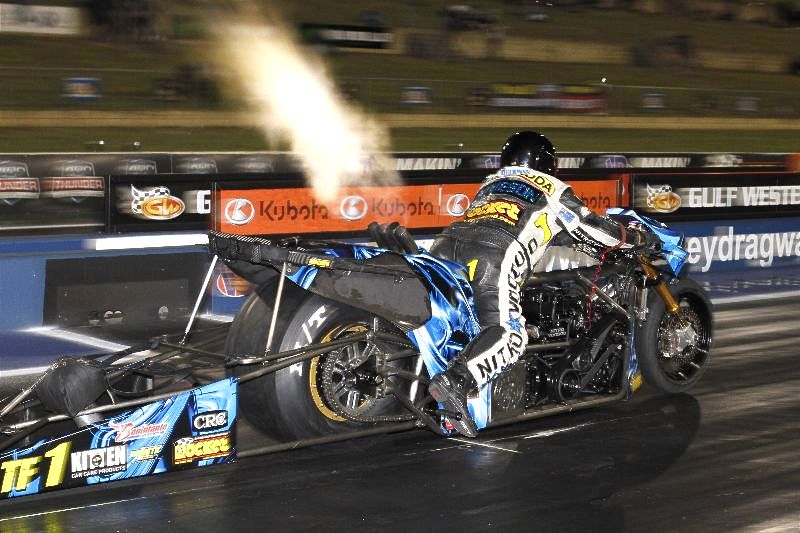 “Despite our best efforts to get the bike out for the final, we simply ran out of time and couldn’t compete.

“The risk just wasn’t worth it. It would have been nice to get another Christmas Tree trophy, but at the same token, we did pretty well with the points considering,” said Matheson.

“The track was certainly there, and it would have been great to have run quicker than our a 6.09, but it wasn’t meant to be.

“All in all we achieved the best we could with our circumstances on race day. We continue to lead the Championship heading into the last round and are chomping at the bit to stretch the legs on the bike at the Winternationals in June.

“I’d also like to congratulate Luke Crowley on becoming the first Pro Stock motorcycle in Australia into the sixes. As I said the track and the air were certainly there for the taking and well done to Luke and his team.

Another thank you to Victor Bray who was kind enough to assist with some Gulf Western Oil, which was much appreciated.