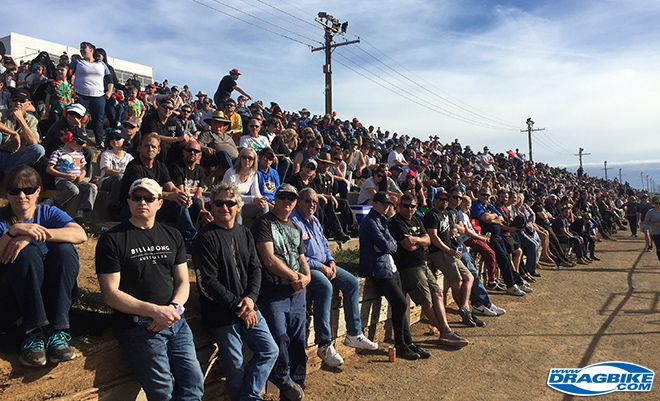 A big crowd packed the hills of Adelaide International Raceway for the ANDRA Championship Grand Final on Sunday. 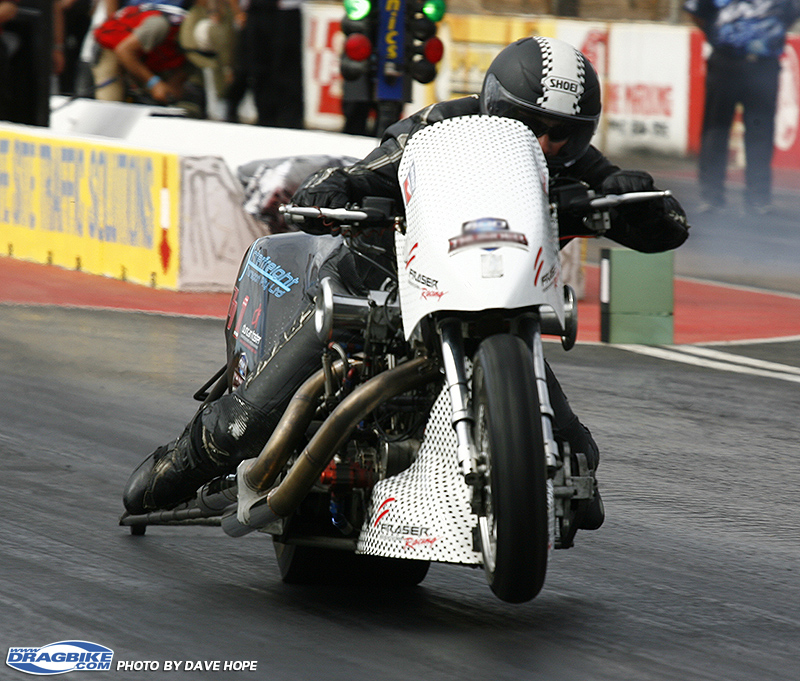 With the title in the bag the Nitro Rider Top Fuel Motorcycle Grand Final came down to Porter and Mark Drew who conquered Rob Cassar in Round 1.

“It’s a credit to ANDRA this weekend in Adelaide,” said Drew. 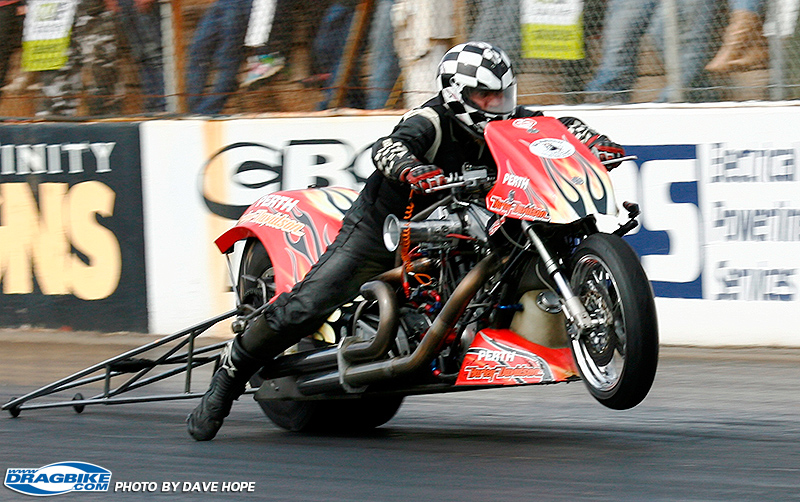 “They’ve had a huge crowd this weekend on Saturday and Sunday. There’s been some great racing with Top Fuel, Alcohol cars, Doorslammers, the nitro bikes. I think I beat Chris by two one hundredths of a second in the final.

“I wouldn’t be able to get here without my sponsors Perth Harley Davidson, Brajkovich Demolition, Territory Powersports, Baz National and anyone else I’ve forgotten, thanks very much.” 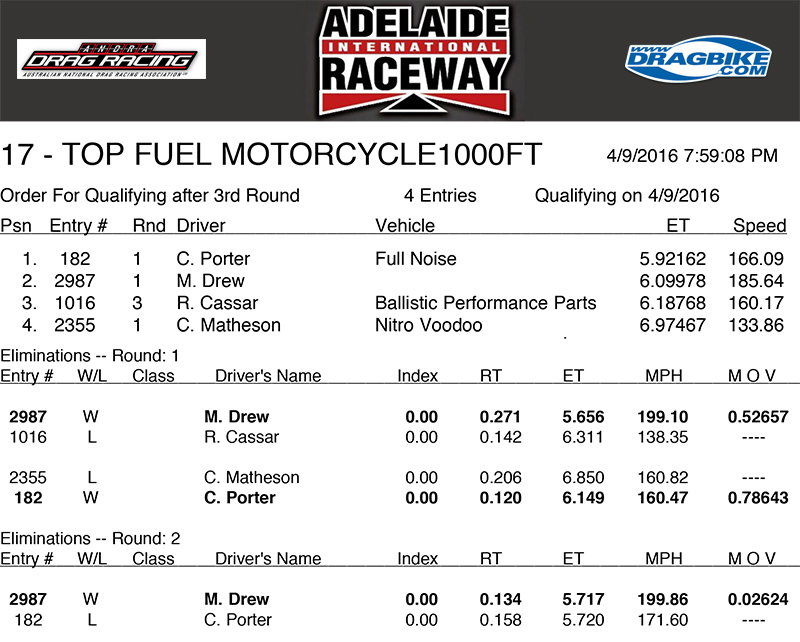 ANDRA congratulates all of the 2015/2016 ANDRA Drag Racing Series Champions and runners up and extends its gratitude and thanks to all the volunteers this weekend at Adelaide International Raceway and to those who helped stage a fantastic event.

The “Red Dog”, Bryan Finn (Stirling North, SA) started the season with a runner up in Alice Springs but he ended with a win in the Ballistic Performance Parts Modified Bike final to claim the double and win the Modified Bike Championship. 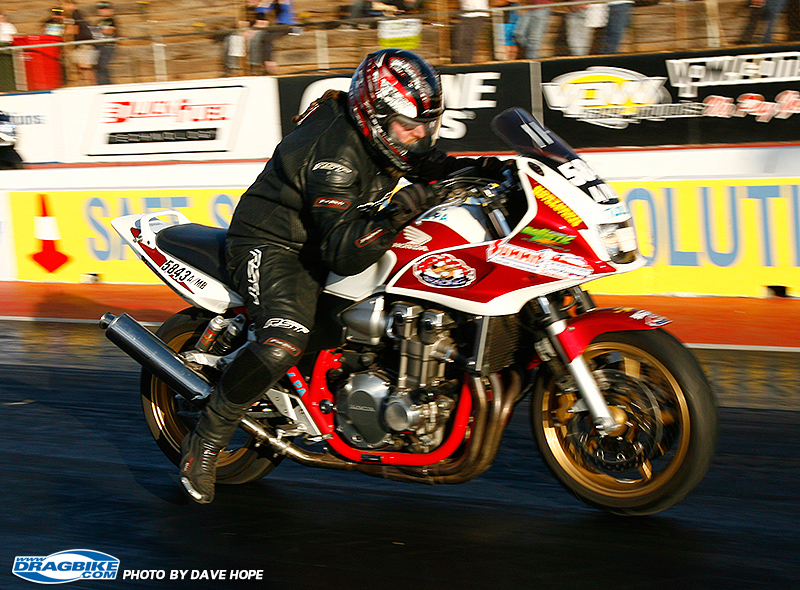 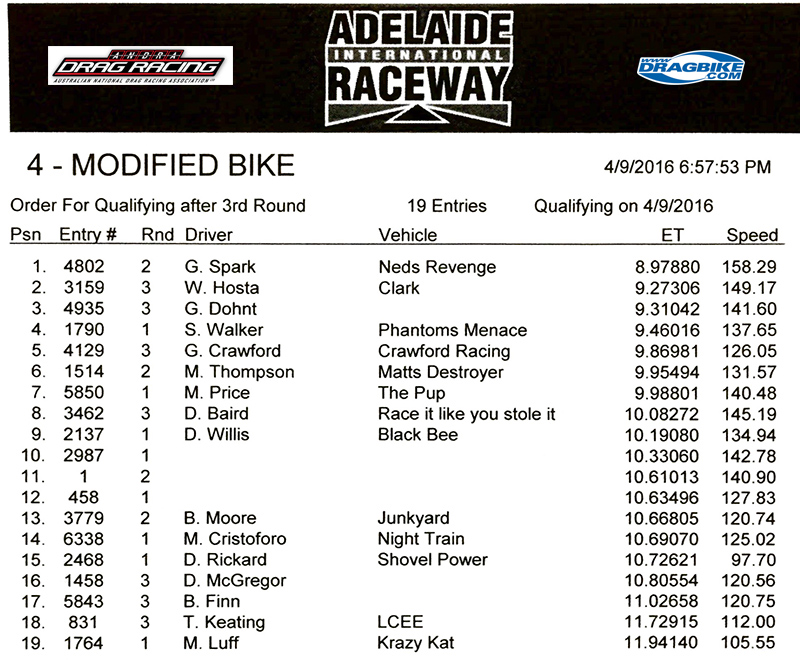 “I’m absolutely amazed I got this far today,” said Finn.

“All credit to my sponsors… let me think for a tick. It’s Adam and Tara from Toll Port Augusta, Deon Mchugh Signs and Phil, Naomi and the crew from Northern Motorcycles in Port Augusta.

“I’d like to thank the crowd, the volunteers that made this meeting what it is, it’s just been fantastic and my good mate Wally, racing off against him for the Championship was worth it. It was absolutely fantastic, I couldn’t be happier.”