The Canadian Motorcycle Drag Racing Association 2016 National Points Series got underway on June 4th and 5th at the MHDRA Drag Strip in Medicine Hat, Alberta, with Tony Clizbe from nearby Brooks proving to be the man to beat in the Blackjacks Roadhouse Pro Modified class despite having taken a break from racing during the 2015 season.

After qualifying first overall with a 6.639 second ET at 195.42 MPH, Clizbe moved through the eliminations setting up a final round against class newcomer Matt MacKay Smith of Merritt BC., which Clizbe won with a 6.995 second run. 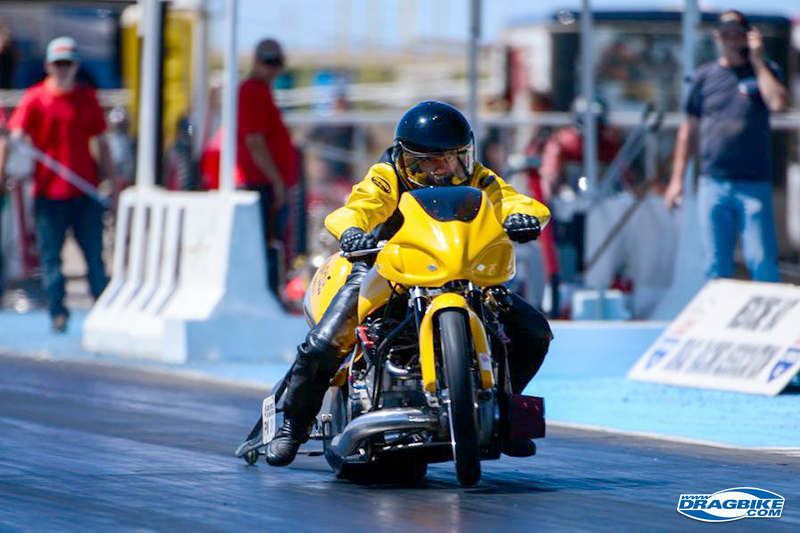 In the Hawaya Racing Products Pro Dragster class, reigning champion Al Miles of Edmonton Alberta was unable to stop the momentum of St. Albert’s Quinn Olson who qualified number one on his Old’s Kool Racing sponsored machine and went on to defeat Miles in the final elimination round.

Full results from the Spring Nationals are available on the CMDRA website. Up next, the CMDRA moves to Central Alberta Raceways in Rimbey, AB for the Summer Nationals on July 23rd and 24th.