Round 2 Recap from Central Alberta Raceways

Central Alberta Raceways in Rimbey, AB played host to the Canadian Motorcycle Drag Racing Association on July 4th and 5th for the second time in 2020. Following the season opening round two weeks earlier, the series returned to Rimbey’s 1/8th mile strip for the second round of the 2020 campaign, once again sponsored by Turple Bros. of Red Deer, AB.

In the MTMM Performance Pro Open class, Spencer Johnson piloted his Pro Mod machine to his second No. 1 qualifying result of the season with a 1/8th mile time of 4.614 seconds at 157.83 mph. Unfortunately for Johnson, mechanical failure in the first elimination round brought his weekend to a close and setup a final round Pro Mod vs. Pro Street battle with reigning Pro Mod champion Matt Mackay-Smith lining up against Pro Street competitor Danny Green. Issues during staging saw Mackay-Smith back out of the beams and completed Green’s Cinderalla weekend which saw him qualify in last position but take home the overall win. 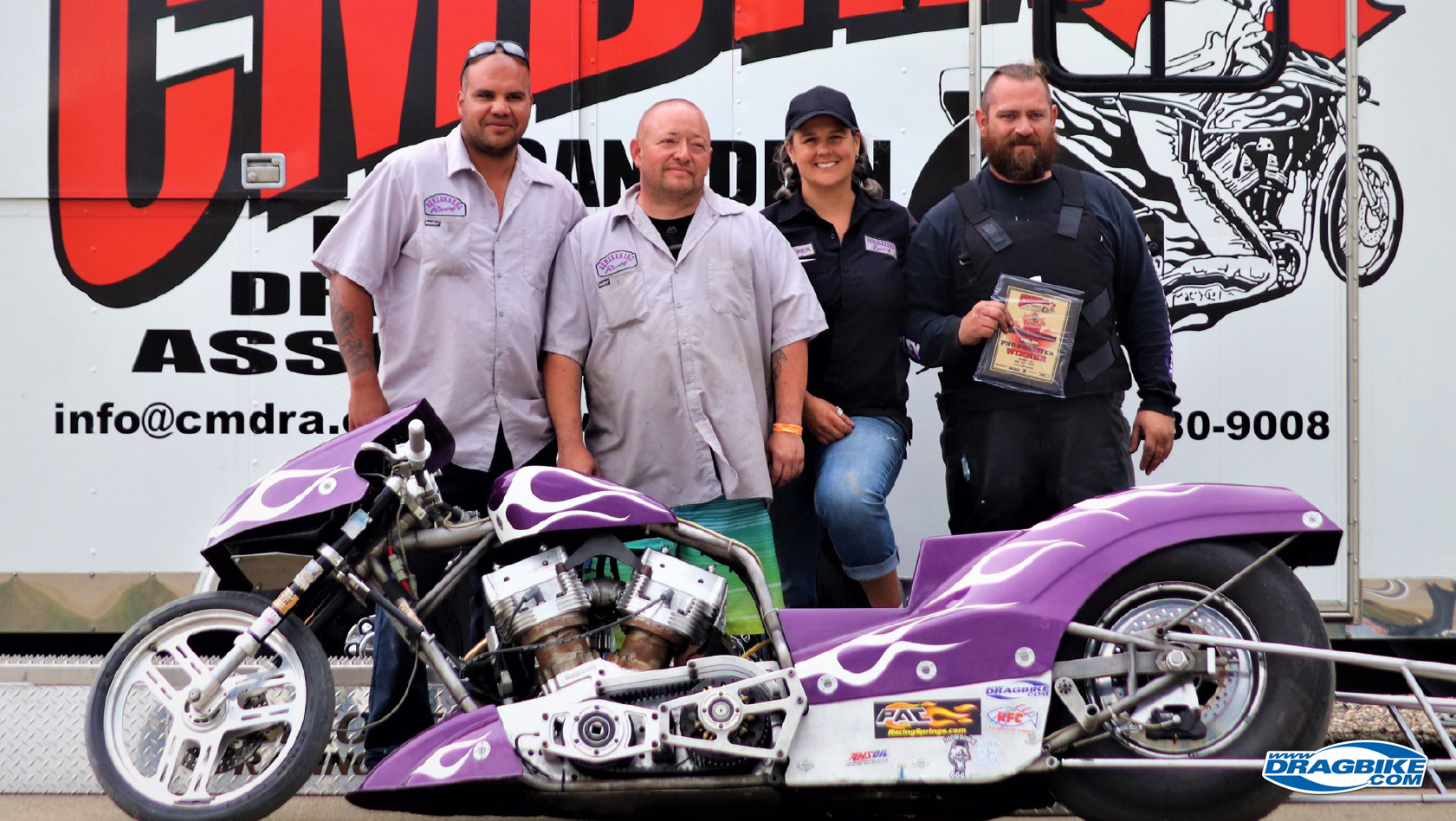 Welch’s Motorcycle Pro Dragster saw a similar result with Aaron Barsness going from last position on the ladder to take his first CMDRA win, defeating former CMDRA Champion Doug Casson in the final elimination round with a 1/8th mile time of 4.887 seconds at 133.38 mph.

Making a move in the Superbike class, Scott Richardson proved to be unbeatable, running his dial-in in two of the four elimination rounds on route to the overall win. With the victory, Richardson leapfrogged from third position to first in the overall season points standings. Next up, the CMDRA will travel north to Nitro Motorsports Park in Prince George, BC on August 8 and 9 before returning to Alberta for an event at Edmonton’ Castrol Raceway on August 29 and 30, followed by the season finals in Medicine Hat, AB on September 12 and 13.