Arana will race one of Arana Racing’s Buells as he takes a weekend off from his duties as a Seaman in the United States Coast Guard.

Seaman (E-3) Arana joined the Coast Guard in March and has served on the United States Coast Guard Cutter Cheyenne since completing boot camp. The Cheyenne is a river-buoy tender based in St. Louis, and Arana has patrolled the Mississippi and Missouri Rivers. 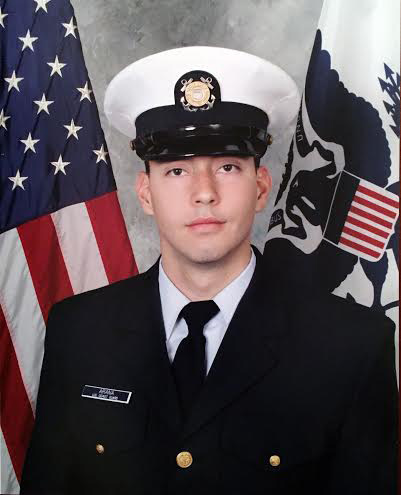 “St. Louis is really close, and I was talking to my commander, telling him, ‘It would be nice if I could race,’ ” Arana said. “My department is 20 minutes away from the track. They told me, ‘We don’t see why not?’ They ran it up the chain of command, and they approved it. I talked to Dad, and he was all for it, so I signed up for the race.”

“I don’t even know what bike I’m going to be racing,” Arana said. “Dad’s been running my bike as of late, so I might hop on his old one or I might hop on mine. That’s to be determined.”

Arana is early in his four-year term in the Coast Guard. Aboard the Cheyenne, he and his shipmates ensure there is a proper channel for ships navigating the Mississippi and Missouri, two important bodies of water in the United States.

“I like it,” Arana said. “When I first joined, I thought I’d be on a big boat surfing the ocean somewhere. I didn’t know much about the river community, but I’ve learned a lot about it. I’m glad I’m here.”