Rain may have interrupted NHDRO’s Liguori Drag Racing World Semifinals at West Salem, Ohio’s Dragway 42, but not before a unique achievement by Jeff Dalton in Pro Ultra 4.60.

His original plan for the “Autism Awareness” bike was to race grudge, but few race opportunities came his way. Looking at his timeslips, Dalton realized he could do more racing and be competitive running 4.60, eighth-mile index. So he entered the bike in the class for the first time at NHDRO’s Louisville event, and this past weekend at 42 he notched his first win—and the first-ever anywhere for a no-bar bike in 4.60.

Granted, a starting line infraction by Cleveland racer Jimmy Muntain made the final round an easy one for Dalton, but that’s racing. Muntain—doing his best Andrew Hines impression—rolled the beams on the two-step. Dalton also advanced past number one qualifier Heath McQuinn in E1. 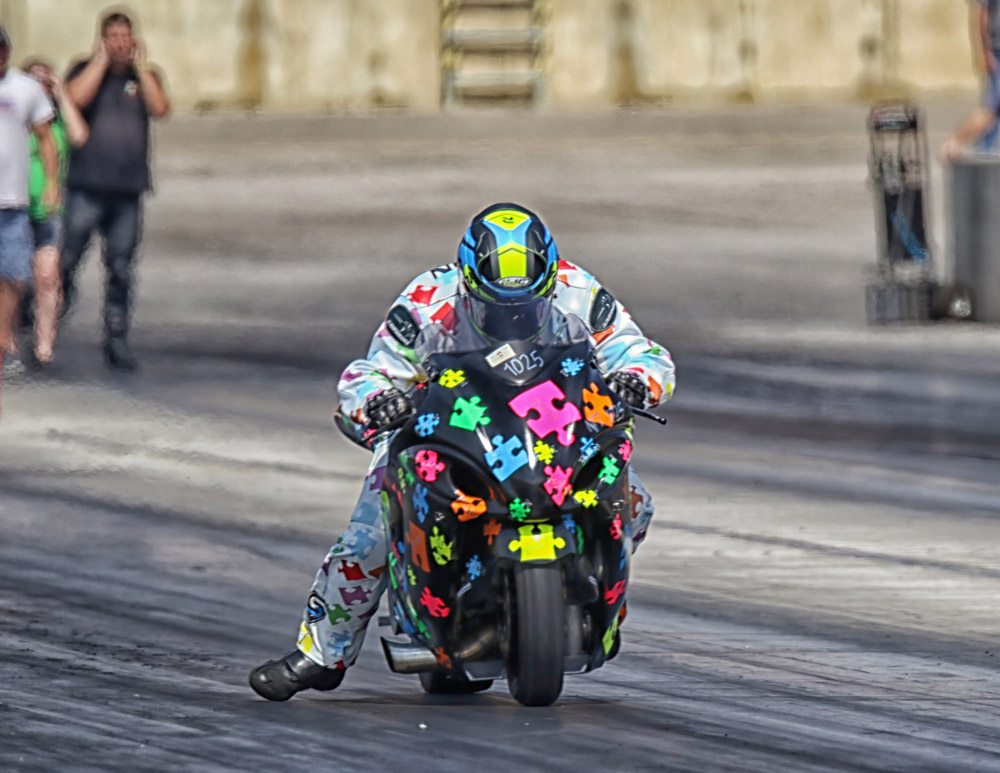 “NHDRO is the place to go!” said an enthusiastic Dalton. “I cannot wait till the 2020 NHDRO season—I am going for the championship! Started too late this year and am still learning how to get this beast consistently on the number.” 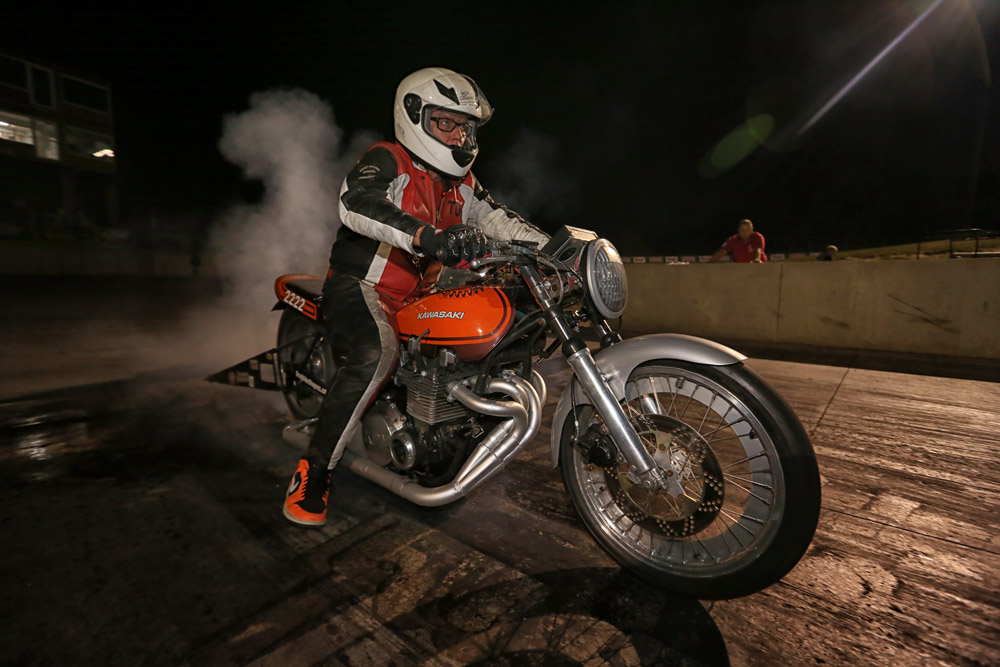 With limited track time available at the upcoming World Finals at Gateway, purses were split amongst those left racing in all classes for this event. 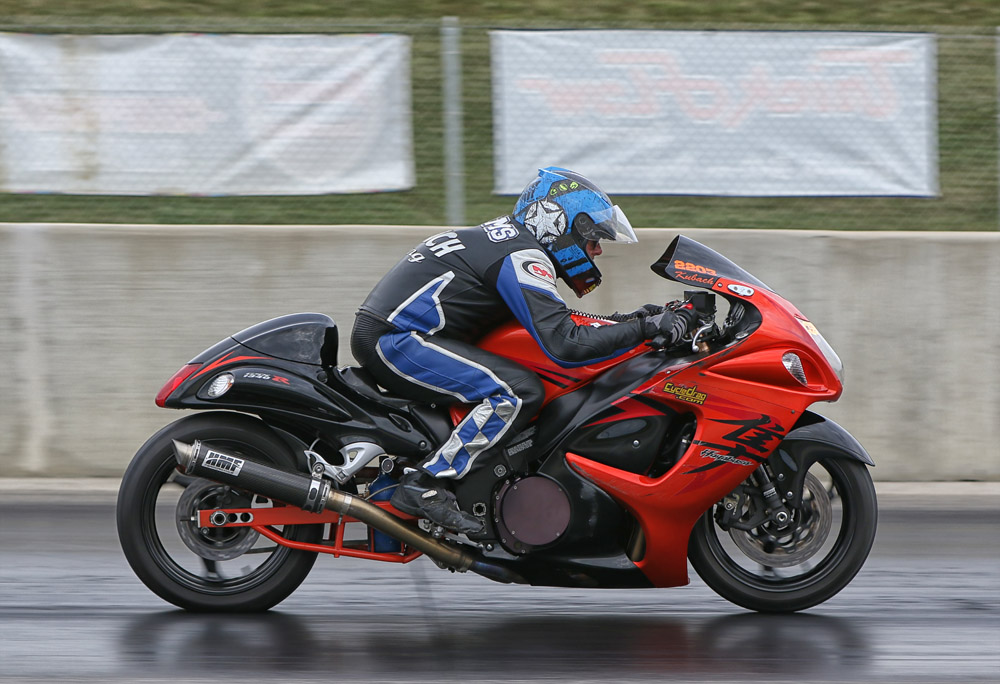 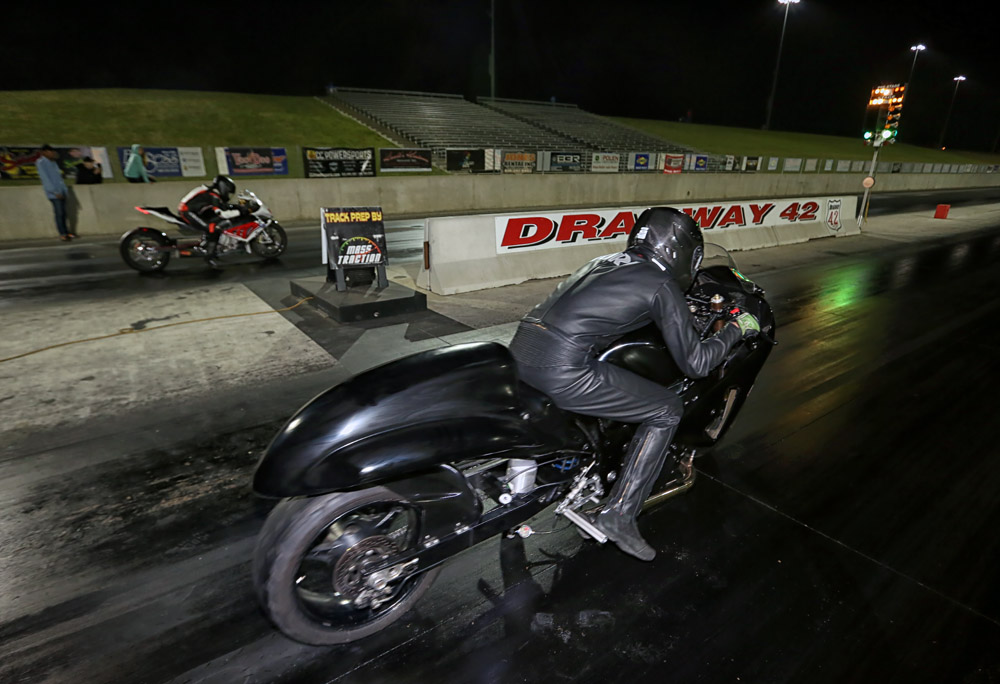 Until it rained, the weekend saw perfect weather for racing, picnicking and camping for the NHDRO racing family in Dragway 42’s park-like setting.