This record attempt reportedly drew the largest ever crowd to the Bonneville Salt Flats. Rather than attract corporate sponsorship, the Easyriders magazine “went to the people”, offering each $25 contributor the opportunity to attend the event and have their name printed on the side of the Streamliner. Over 10,000 took up the offer.  On the third day of the sixteen it took to break the record, the bike was damaged after an accident. The team and many sponsors stayed up three days and nights to fix it. The only suitably specified front tire for 400 mph (640 km/h) was manufactured by Firestone in 1967. The team had a small stock of second-hand versions. 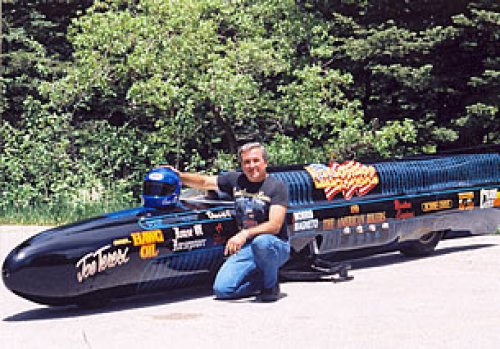 The streamliner is owned by Joe Teresi, owner, and publisher of Easyriders magazine.