After taking time off from racing Del Flores will make a full-on assault on the IDBL Real Street championship in 2017.

Flores has a deep history in the Real Street, going back to the inception of the class, including holding national records in the category. 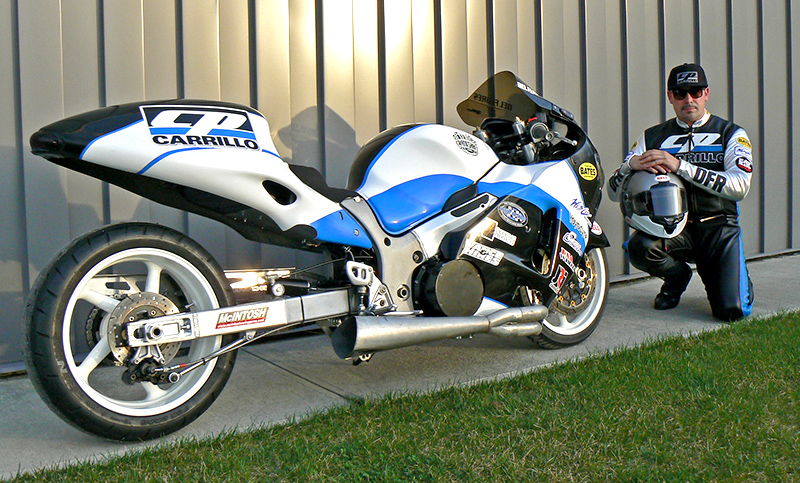 Flores’ racing career was put on hold when he sold his previous motorcycle shop, Del’s Performance in Indiana, and moved back to his home state of NJ for family and to become Vice President of Operations and COO of his father’s business, Crystex Composites. With the demands of the business and raising his son Brian, racing took a back seat.

Since that time he has been slowly building a new racing business, Del Flores Racing. “Racing is a passion, it’s a joy, it’s a stress reliever, it’s a way of life,” said Flores who is a racer, team owner, bike builder and event promoter. “I needed to get business and family set before I could come back into racing like I wanted to. The time is now.” 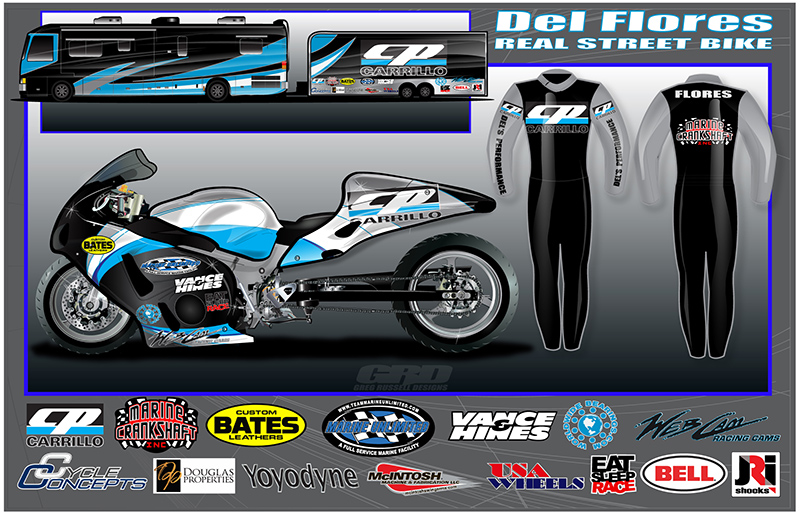 For 2017 Flores hits the track with a brand new Hayabusa. The racing machine is based on a 1999 model year bike which Flores claims is the lightest ‘Busa ever made. 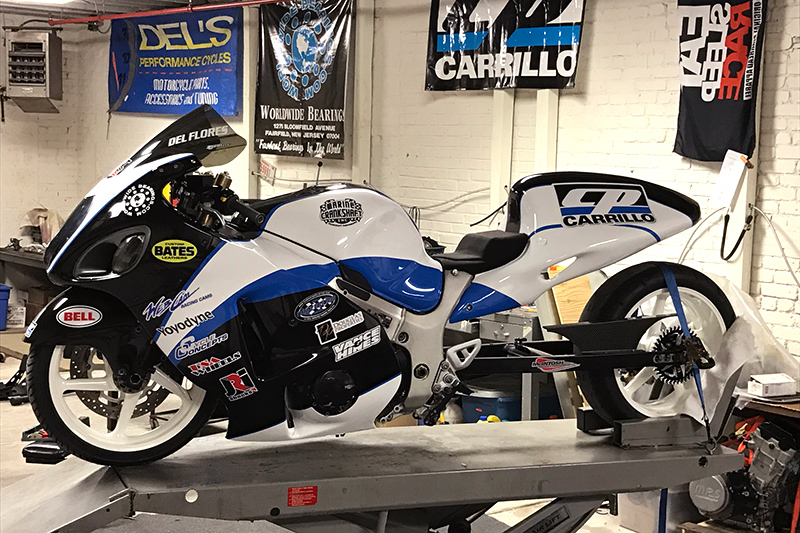 A major component of the bike is a Motec engine management system provided by Phill Davis of Cycle Concepts. “Phill and I did the same thing on my Formula Superbike in 2002, taking off all the stock electronics and installing a standalone engine management system,” said Flores. “The technology has evolved immensely since then. The new Motec performs all electrical functions on the bike as well as data logging of every possible parameter. The amount of detail is amazing. And the new digital display is bitching!”

“This is the best race bike I have ever built,” he said. “I have the best equipment available, I have the best people behind me and I’m in the best place in my life, personally and professionally.”

“I’m going to have something for those boys!” he exclaimed, his Jersey coming out.

Flores receives major funding from CP-Carrillo and will be the company’s representative with a midway display at IDBL events. He will also race select Man Cup events.

Flores started 2017 with a trip to southern California where he visited businesses and longtime sponsors in the motorcycle performance industry. 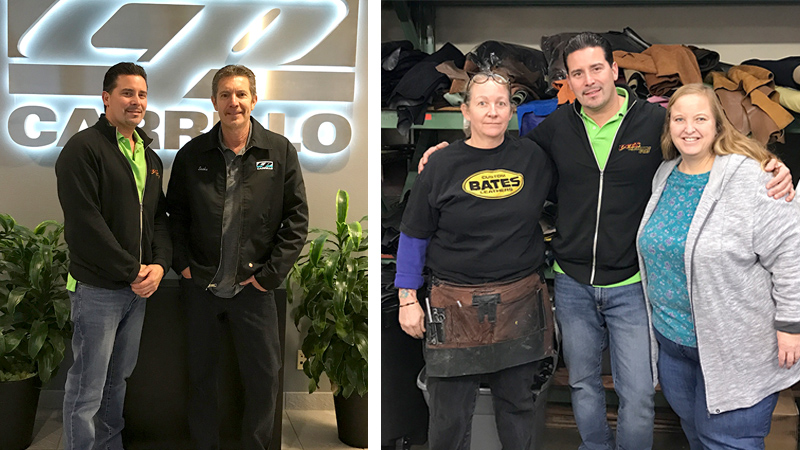 “Motorsports has been a big part of my life and it has been a goal of mine to visit southern California where a lot of the motorsports industry is based,” said Flores. “I have dealt with some of these people for 20 years and it was amazing to finally see their companies first-hand. These meetings only strengthen our relationships.”

All of these new and revitalized relationships will help build Del Flores Racing into a significant East Coast racing operation. 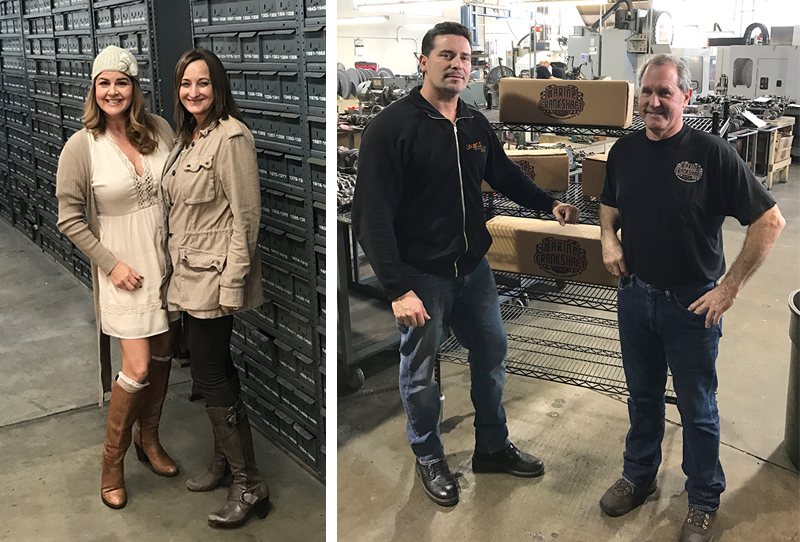 “My idea with DFR is to partner with established companies to create a functional team where you get more accomplished in less time because you avoid wasting time on the wrong issues and revisiting the same topics again and again. We put a high level of workmanship and skill and a little art into my personal bikes and all my customer’s bikes. We are attracting a new generation of racers which adds to the energy.” 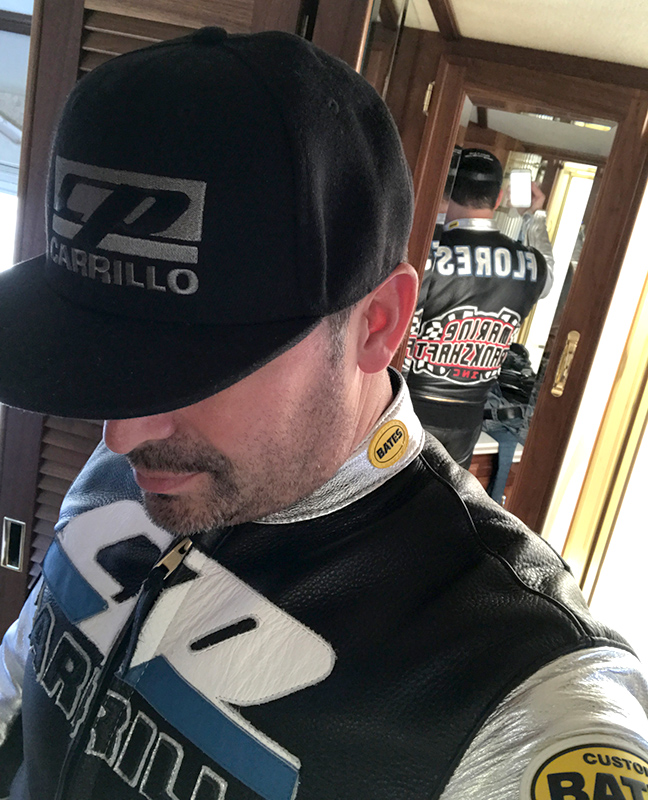