Del Flores emerged after a year off from racing with a semifinal finish on his CP-Carillo Real Street Hayabusa at the IDBL Orient Express US Motorcycle Nationals at Atco Raceway.

Flores, who has been a successful racer, engine builder, shop owner and event promoter, last raced at the 2014 Atco event.  He took the time off to focus on business and family.

Always competitive, Flores was spurred to get back to racing when he saw his all-motor Real Street elapsed time record taken away.

“I saw I was knocked out of the record book and that drove me to see what improvements I could make so I started testing,” he said.  “When I ran a seven second pass at Englishtown I got amped up.  I felt I had a competitive bike to go out there and maybe steal a win.  With the right preparation, I felt I could go rounds.” 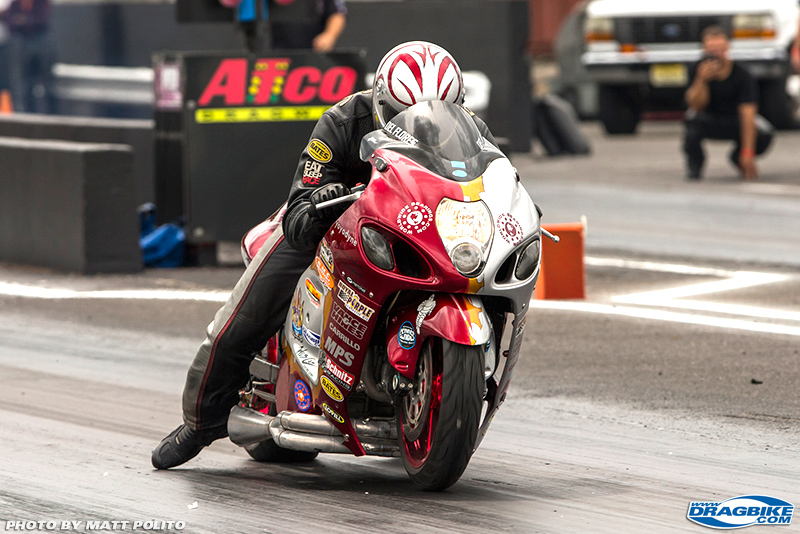 Flores qualified fourth out of the 14 entries in the D.M.E. Real Street class at Atco, running 8.031 seconds 171.40 mph.  He got by Travas Marko in the first round of eliminations with an 8.065 and Tom Federici in round two with a consistent 8.063.

In the semifinals he turned up the wick, running his best pass of eliminations at 8.035 seconds but it wasn’t enough for the eventual class winner, standout Joey Gladstone.

It should be noted that Flores’ semifinal 8.035 was better than the two semifinalists on the other side of the ladder.

“If I didn’t run into Joey in the semis I could have made the final and when you are in the final you are always in contention for a win,” said Flores.

“We were happy with the outcome,” he continued.  “We are always trying to run quicker and I am not satisfied with the elapsed times we ran but it was good to see how we stacked up against the competition in a race environment.”

With the successful outcome Flores got the racing bug back in his system.

He recently joined his father’s business, Crystex Composites, which manufactures thermal and electrical insulation components for the aerospace, transportation and analytics industries. The demands of the business and raising his son Brian, took a place above racing. 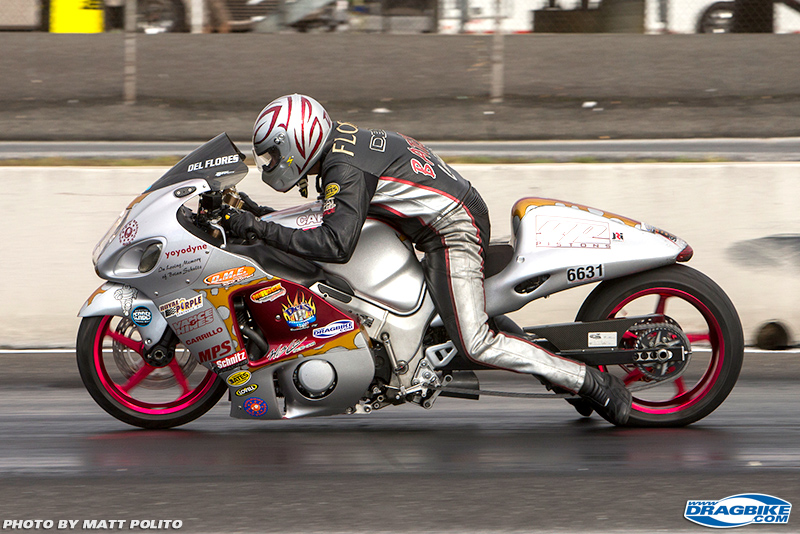 “I have a business I need to take care of and I have an 11 year old son, so my priorities are different than they used to be,” he said. “I needed take time off to get things in order. Now I want to go racing again. I think I can be competitive and balance racing and my personal life.”

Also inciting him to get back into racing was a sponsorship relationship with PowerMist Racing Fuel.

“Even though I have not been actively racing I have a network of racing friends that I keep in contact with,” said Flores. “Some of the premier engine builders including George Bryce, Lee Sheirts, Steve Knenum and Cecil Towner all recommended I try PowerMist. I spoke to Rick Fales at PowerMist and I was impressed with the input he had on using his fuel. He knew what the fuel wanted, how it needed to be tuned. The possibilities got me excited.”

He also acknowledged the continuing support he gets from his longtime sponsors, Cindy at CP-Carillo, Dave at Worldwide Bearings, Fred at Yoyodyne, Hugo at Eat Sleep Race, Laurie at Web Cam, Kurt from Millennium Technologies and Dan from MPS.

Flores plans on competing at the final IDBL event of the season, the D.M.E. Fall Nationals at Maryland International Raceway Oct. 2-4 and is considering a full run at the IDBL series in 2016. 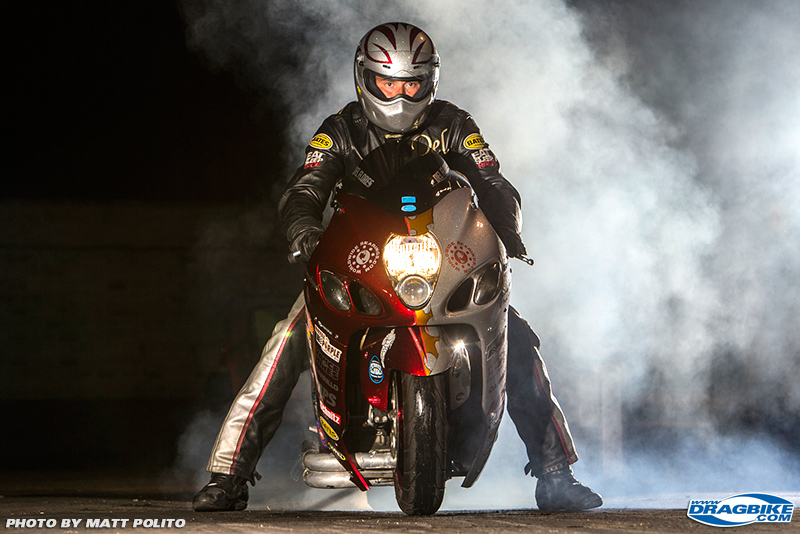 “Jason Miller doing a great job promoting the IDBL,” he said. “He is doing his best to keep parity in the class between nitrous bikes, supercharged bikes, turbocharged bikes and all-motor bikes.  It’s tough out there.  Rule revisions are part of the class and I haven’t been on the beneficial side of rule changes.  The struggle is real.”

“When I was seriously involved in racing I ran multiple bikes and I had clients at the events that required my support,” he continued.  “It became too much.  If I focus on Real Street I can turn some heads and challenge for the championship.”