Call it luck or call it skill, there is no denying that Beau Layne and his Dixxon Flannel NitroLayne Racing Top Fuel Harley team are championship contenders. With two consecutive wins on the season and the current points lead, Dixxon Flannel Co. is excited to be apart of the journey.

“We didn’t plan on sponsoring any type of team this year,” Dixxon Flannel Co. Operations Manager Justin Ahumada said. “We didn’t plan for it in the budget. When an opportunity comes along to partner with the right people, you have to go for it.” 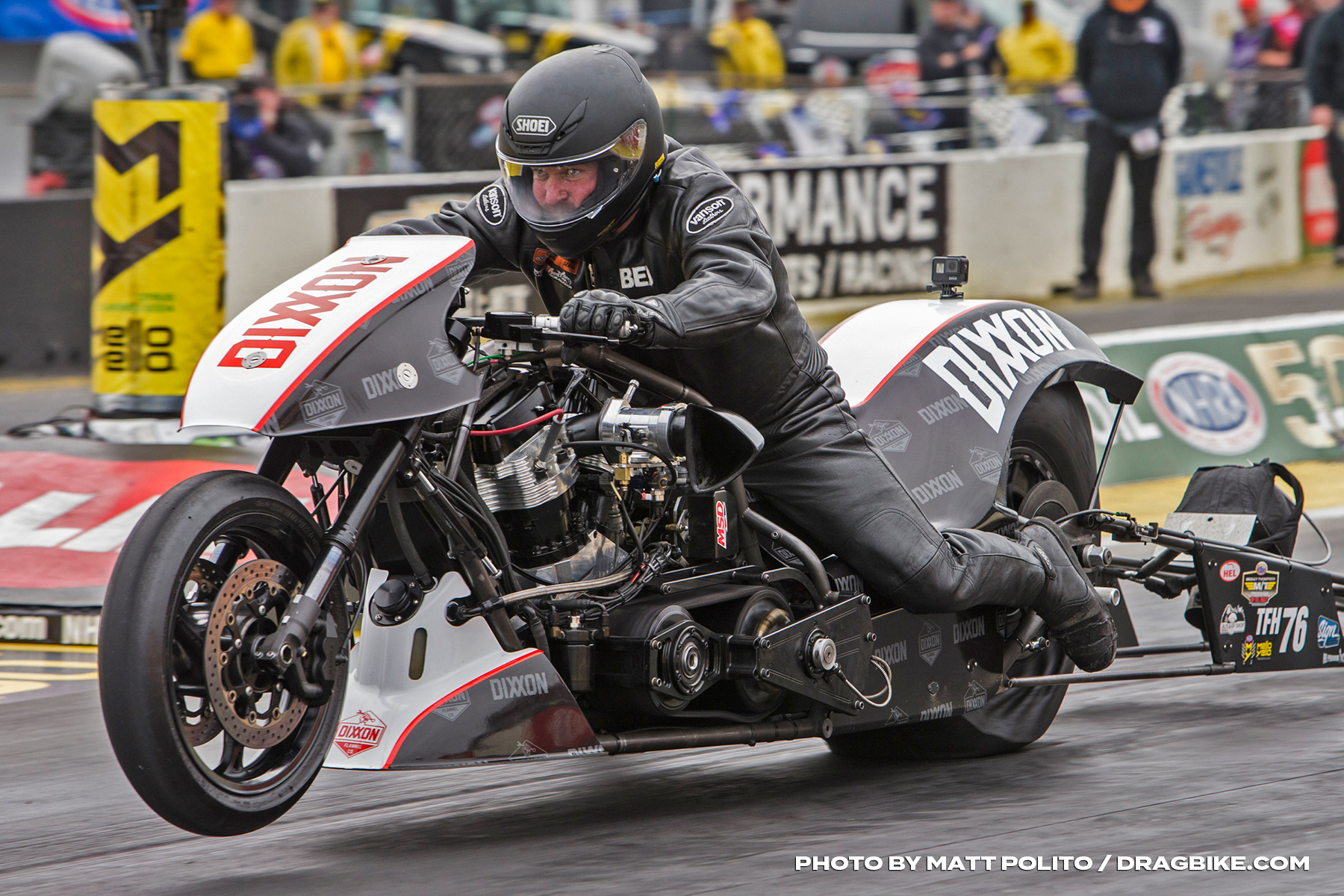 Team owner and rider Beau Layne is taking all of this in stride.

“I knew we had a good team,” Layne said. “I believe in (Crew Chief) Jack (Romine) and his abilities to make the right calls and man… he’s been making the right calls the last two races. From winning my first top fuel Harley race in Phoenix, to securing Dixxon (Flannel Co.) as a sponsor, and then putting Dixxon in the winner’s circle in Gainesville, it makes me want more! The success that we have experienced proves that we are on the right track and have the ability to provide value to awesome brands like Dixxon Flannel Co.” 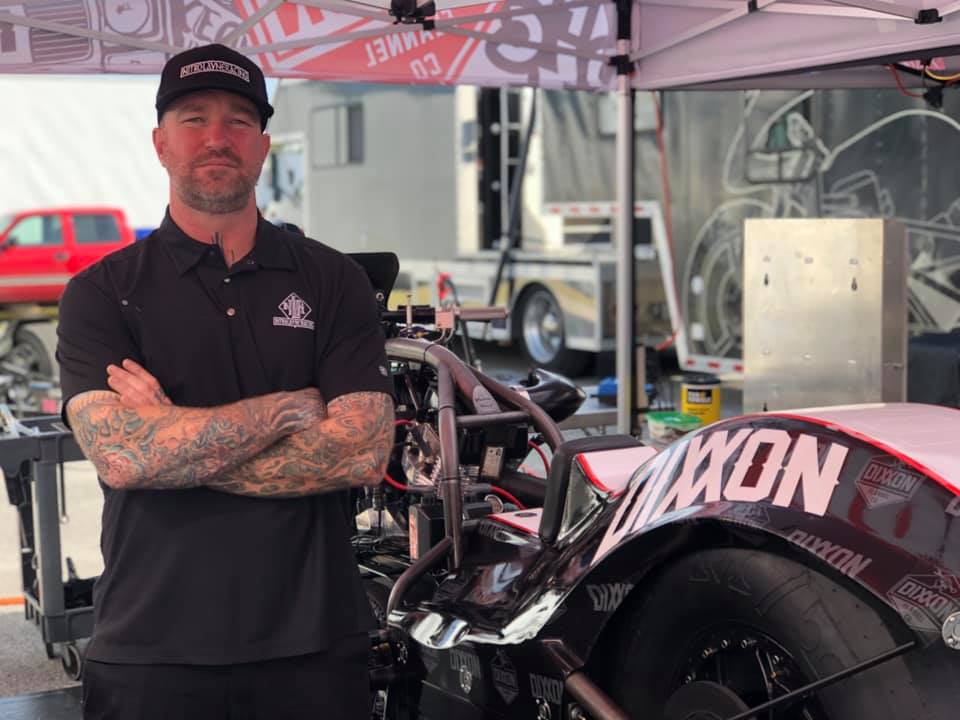 Beau Layne and his Dixxon Flannel Co. NitroLayn Top Fuel Harley in the pit at the 50th annual Gatornationals.

The NitroLayne Racing program currently has the recipe for success figured out. With managing a successful two race sponsorship with Dixxon Flannel, winning two consecutive races, and experiencing career best passes, this top fuel Harley team does not have plans on letting up anytime soon.

The NHRA Spring Nationals will take place April 12-14, 2019 at Houston Raceway Park located in Baytown, Texas. Beau Layne and his Dixxon Flannel NitroLayne Racing Top Fuel Harley will take the track for qualifying on Friday and Saturday, with eliminations scheduled for Sunday. 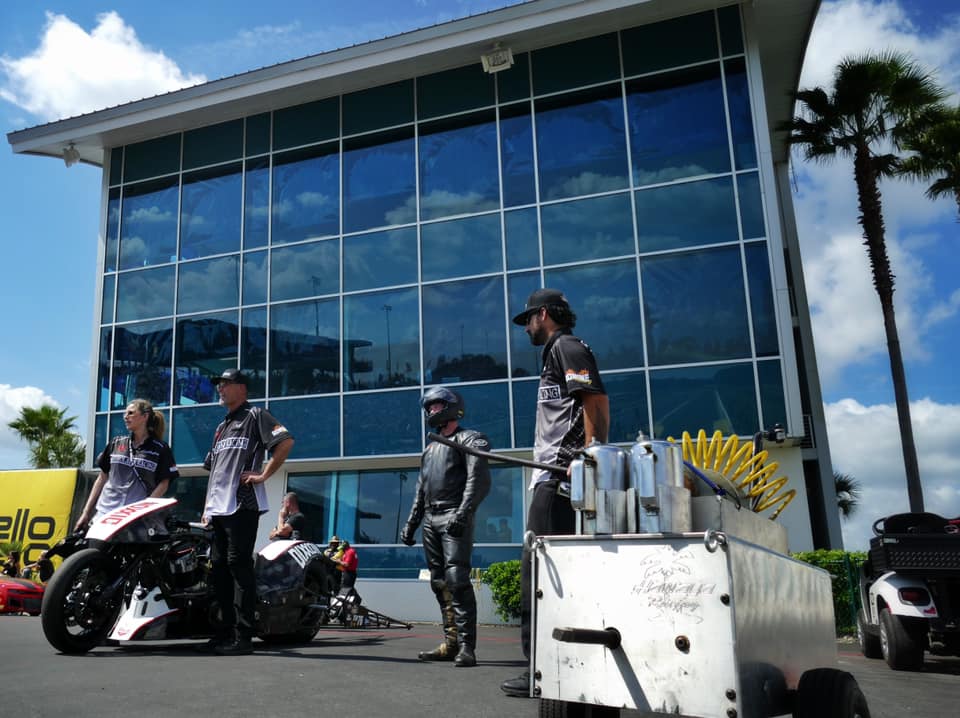 Beau Layne and his Dixxon Flannel Co. NitroLayne Race Team at the starting line at the 50th annual Gatornationals

About Dixxon Flannel Co:
We’re the stepchildren of a lost generation. Fueled by all things fast, with an addiction to adrenaline. We are the creators of the underground, escaping our civilization of forcefed media. We covet what is bold, true, and real. For the builders by builders.For the fast and the reckless by the fastest and the absolute reckless.For the working class by the working class. Wrench, ride, skate, check the waves, stage dives and circle pits…Dixxon is right there with you. We are the people for the people.

For all of the latest news regarding Beau Layne and NitroLayne Racing check out: