Mark Paquette ran a stunning 6.70—the quickest ever Pro Street pass—in round 1 of Shootout eliminations. But a quick engine swap left a sensor not keeping up with the task at hand and Paquette was done in round 2.

The final boiled down to Litten running Williford Racing teammate Rodney Williford in the final round, both riders on 700 horsepower, street legal, turbocharged Suzuki Hayabusas. “When we both won in the semis, that was the celebration right there,” said Litten. “After that, I didn’t really care which bike won.”

Well enough, but they run the race anyway. Williford held the performance advantage and was favored in the staging lanes. “He ran a few numbers better than me in the semis, and ran a few better than me in qualifying,” Litten said about his teammate.

But tuner Williford is well known for dealing himself a difficult hand, and the final against Litten was no exception. As Ehren planted and launched, Rodney spun at the hit. Twisting the throttle and leaning hard left to keep his bike in the groove, Williford gave chase but Litten was long gone to a fabulous 6.81 winning lap.

“I really want to congratulate those guys,” said DME owner Dimey Eddinger, who’s been a part of a few one-team final round lockouts himself. “Not only did they win the race, they were running some fast times.”

The whole event was filled with stunning laps, with big men keeping pace with the jockeys and many climbing their way up the GOAT list. “I’ve gotta thank Kurt Johnson for the kick ass job prepping the track,” said Litten. “That was the most consistent job prepping the track we’ve had all year. 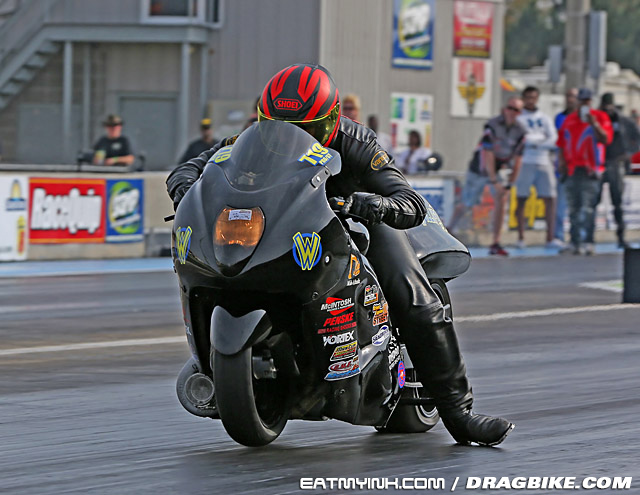 “I also want to thank Dave and Jason Dunigan, Chris Connelly, and DME for sponsoring the event,” said Litten. “If it wasn’t for all their support, we wouldn’t be getting these kind of turnouts.”

“We’ve been racing with the Dunigans for a little over three years now,” added Eddinger. “Dave puts a lot of money in the sport. He’s always helping someone out, not only us. Without Dave, we’d be nowhere near where we are right now and events like the Shootout wouldn’t exist.

“Chris Connelly also jumped in to help with the Shootout, and we really appreciate his involvement.”

“I definitely thank Rodney and Williford Racing,” said Litten. “He gives me 100% and we’ve made each other faster. I wanna thank Terry McIntosh for all the chassis parts, Cole Seitzinger with Penske for all the help, all my teammates, my wife Toni, and also Brad Griffin for the track spotting all weekend.” 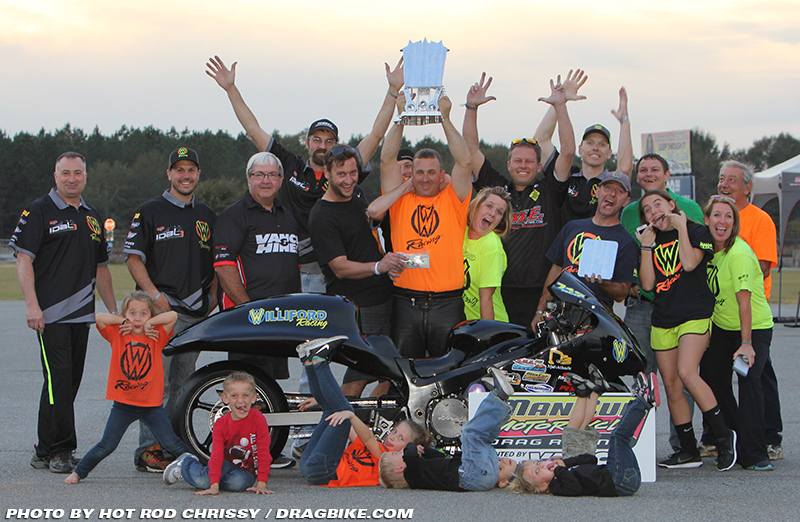 There was a large contingent of European Super Street Bike racers in Valdosta watching the action, including FIM champion Garry Bowe and DME’s own Steve Venables. Plans are afoot to get them out of the bleachers and on to the track. “Hopefully next year we’ll open up the rules and get some of the overseas racers out there,” said Eddinger.

The addition of European racers would boost international interest in what was already a huge event in its first year. So expect to not only see the DME Racing Pro Street Shootout back on next year’s schedule, expect it to be even bigger.