The DME Racing team successfully backed up its 2013 season in impressive fashion. Following a breakout year in which they secured two Pro Street Championships (MIROCK/Man Cup) with rider Joey Gladstone they knew it would take a colossal effort to match. Back for the 2014 year would be riders Terence Angela after his rookie season and seasoned veteran Jason Dunigan. The team would also field a bike at select events ridden by Ehren Litten. 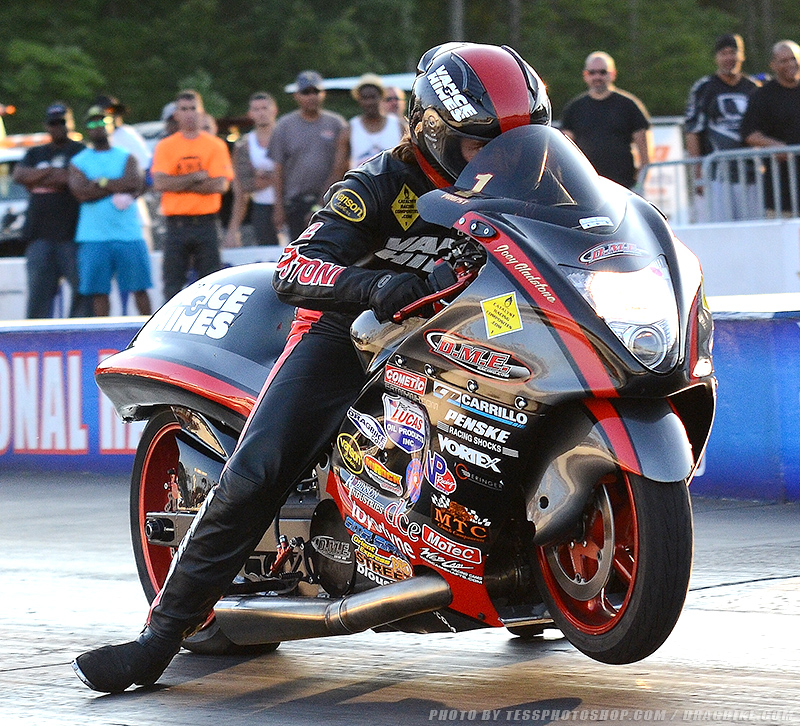 After Mother Nature postponed the season opening MIROCK event (with one round of competition completed) the team went further south for the first round of the Manufacturer’s Cup. Proving that his rookie year was no fluke, Terence Angela went straight through the field to claim DME’s first win of the season. This set the tone for the year as the team quickly followed it up at the next MIROCK race with a 1-2 finish, this time with the defending champion Gladstone taking the win over Angela.

Joey and Terence quickly left no doubt as to whom the team was to beat in MIROCK competition as these teammates took 7 out of 8 race wins (Joey 5, Terence 2). Gladstone secured his second straight MIROCK championship and Terence was a clear second. Jason Dunigan finished fourth in MIROCK points based off his strength of two semi-final appearances and a close runner-up to his teammate during the August Rockingham race. Running in just seven of the eight races Ehren Litten was able to tie for 6th place in points with Pro Street legend Rodney Williford, which was an outstanding effort for Litten’s rookie year. 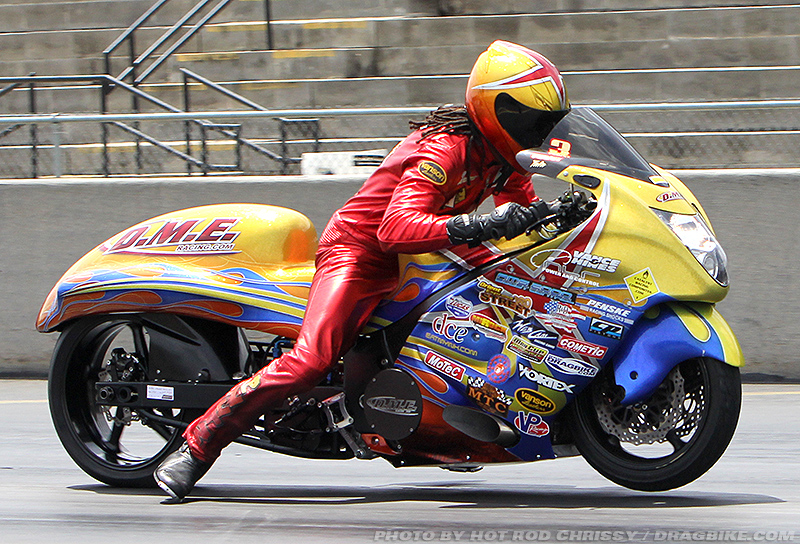 But race wins and championships weren’t the only thing DME had on their radars. With team owner Dimey Eddinger focused on winning races, crew chief Andy Sawyer was able to work his tuning magic on the Skip Gladstone built Hayabusa power plants and assault the record books. The “brain trust” of Eddinger, Sawyer, and Gladstone tuned the bikes to multiple event records throughout the season and stunned the Pro Street crowd on multiple occasions, specifically when Joey Gladstone clicked off passes of 219 & 220mph! The team narrowly missed reclaiming the outright Pro Street record at the Battle Royale with their best pass of 6.847, but that was an afterthought as they repeated by once again winning the richest race in Pro Street with an all DME final. 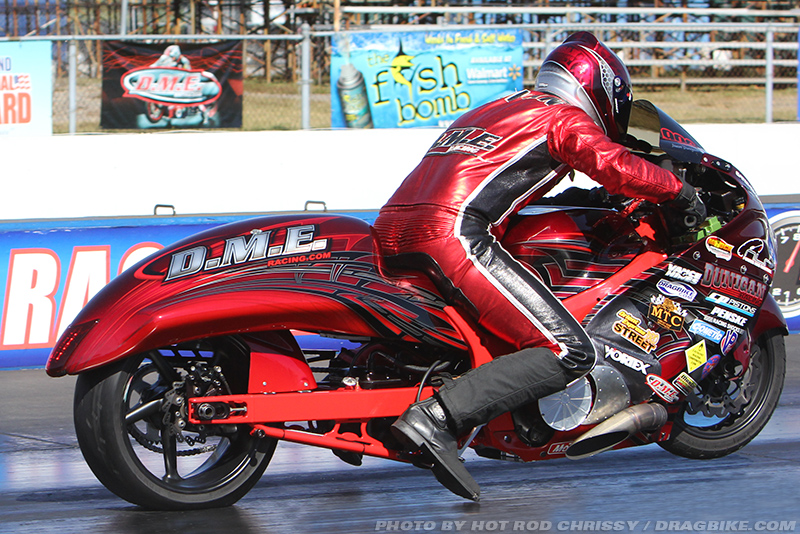 Although they did not dominate the Manufacturer’s Cup series in a similar fashion the end result was the same. Joey Gladstone clinched his second championship of the year and repeated as the series champion. Angela finished in third place and Dunigan garnered a top 10 in points even while missing one of the four races. 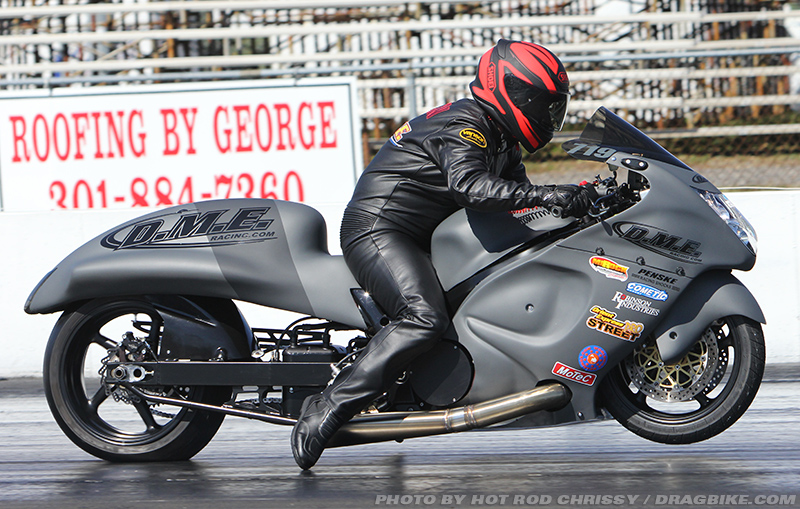 Team DME made sure they would be the talk of the lengthy off season as they rocketed into the record books at the season finale race. In the no rules Pro Open class, Sawyer and Gladstone setup their additional Pro Street bike similar to the overseas Super Street bike rules. Pairing their championship rider with an unrestricted version of their Pro Street bike netted them the honors of the World’s fastest non wheelie bar motorcycle. After qualifying with a 6.71 the team used round one to briefly touch the previous World best of 6.62. If mid six-second passes are hard to believe then imagine running speeds that only Top Fuel motorcycles are capable of achieving, which is exactly what DME did during the second round of Pro Open clocking an astounding 227.50mph. Gladstone and team then proceeded to blast the old record to pieces all the way to the final round win with a still hard to believe 6.509 at 225mph.

Dimey Eddinger had this to say about the 2014 season, “I wanted to make sure this season we showed everyone that 2013 was not a fluke. It really takes a team effort and I might be biased, but we have the best team there is and I’m really proud of what we accomplished this year. The guys really work well together and certainly exceeded my expectations. Having Skip build the motors and taking on the tedious job of clutch setup/maintenance and Andy handling most of the tuning has been a huge help.” Team crew chief Andy Sawyer was just as excited but wanted to make clear they would definitely be looking for the all out Pro Street record in 2015.

Click here to find out more about DME Racing and thier championship winning products at www.dmeracing.com