DME Racing would like to Congratulate Steve Venables on cracking the 6 second barrier!

The historic, barrier-breaking run was made at the FIM Euro Finals at Santa Pod Raceway when Steve Venables ran a 6.95 at 212 mph during competition of the Super Street Bike Cup on his all DME Racing bike.

“This mark is a significant achievement in the European series and DME Racing is proud to be apart of this milestone,” said owner Dimey Eddinger. “We knew the entire class would be gunning for a six this weekend and the entire DME crew worked in over drive the past week to ensure Steve’s engine would be ready to ship out in time.” 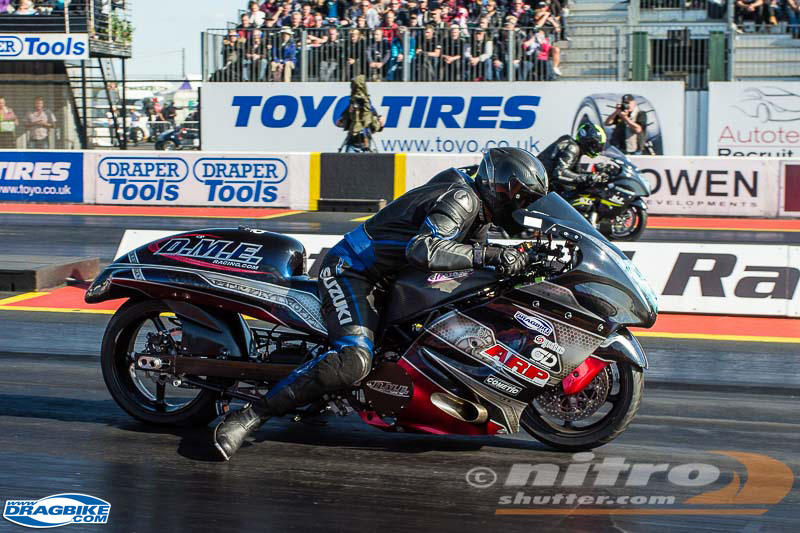 Because the rules in the FIM SSB class are different than the U.S. Pro Street rules, Steve’s bike is more ‘DME’ that then actual DME Racing Pro street bikes. 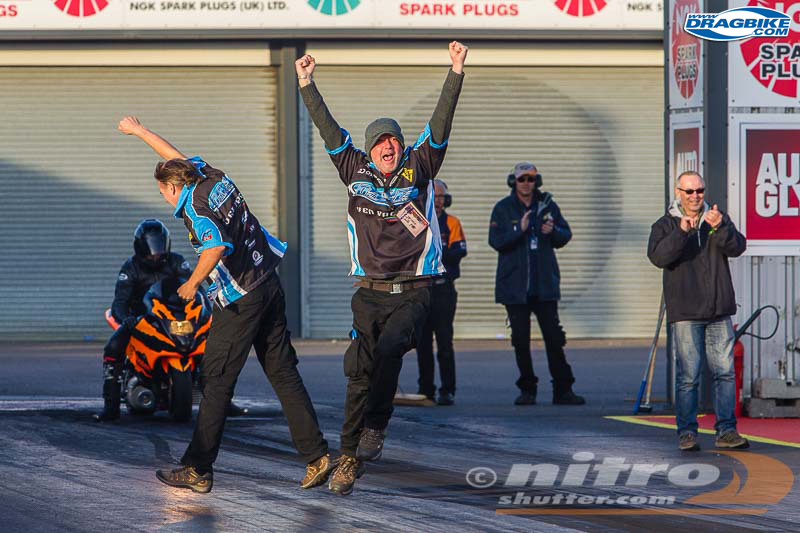 DME built Steve a custom tubular chassis from scratch that is 100% their creation; along with their championship DME swingarm, full auto transmission, Gen2 clutch, Catalyst body, E85 fuel and most importantly, a Skip Gladstone built engine tuned by Andy Sawyer. Andy tunes the bike for Steve remotely at all the events he attends. 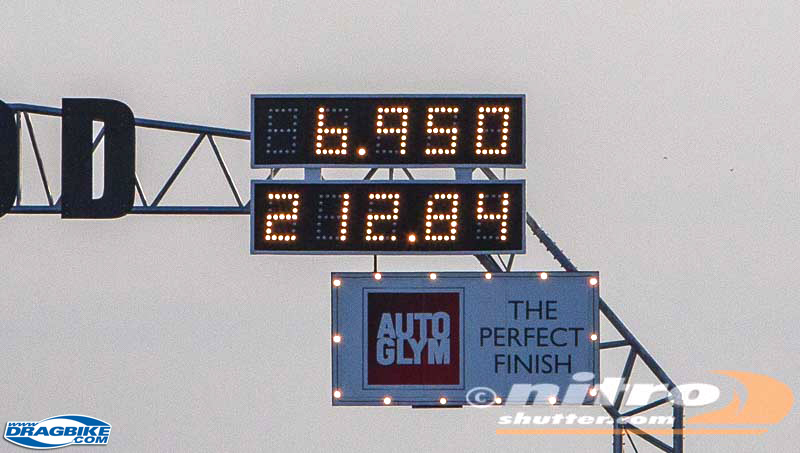 This past weekend the DME team was in the shop working while watching the Live Feed of the event. “It was very gratifying to see all our hard work yield a 6 second pass for Steve. He works really hard and deserved that six second time slip,“ said team tuner Andy Sawyer. “And the fact that he ran 7mph faster than the rest of the class was icing on the cake.”

Again the team would like to congratulate Steve Venables and his entire team on a breaking into the 6 second zone and winning the event! More to come from this team! 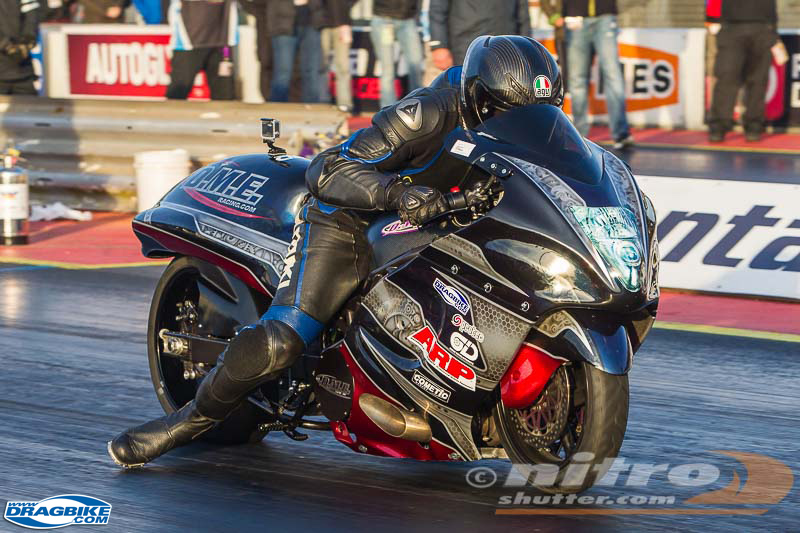