Is Joey for Real?

Joey Gladstone is known for riding the fastest no wheelie bar bikes on the planet! With a best of 6.50 at 227mph on two wheels, that’s less than a second away from the Top Fuel record. This year he started off the season with a record setting pass of 6.72 in Pro street on a turbo bike.  Shortly after this DME Racing debuted their new nitrous grudge bike. And after witnessing a few test passes, the grudge guys scattered not wanting to bet against them.

So what is the next natural progression for this young talented rider? An all motor bike of course!?!  Skip and Joey Gladstone set out last year looking for the perfect stock bike that they could turn into a record breaking Real Street bike. And with the help of DME Racing, they did just that over the winter as they prepared for the 2015 race season. 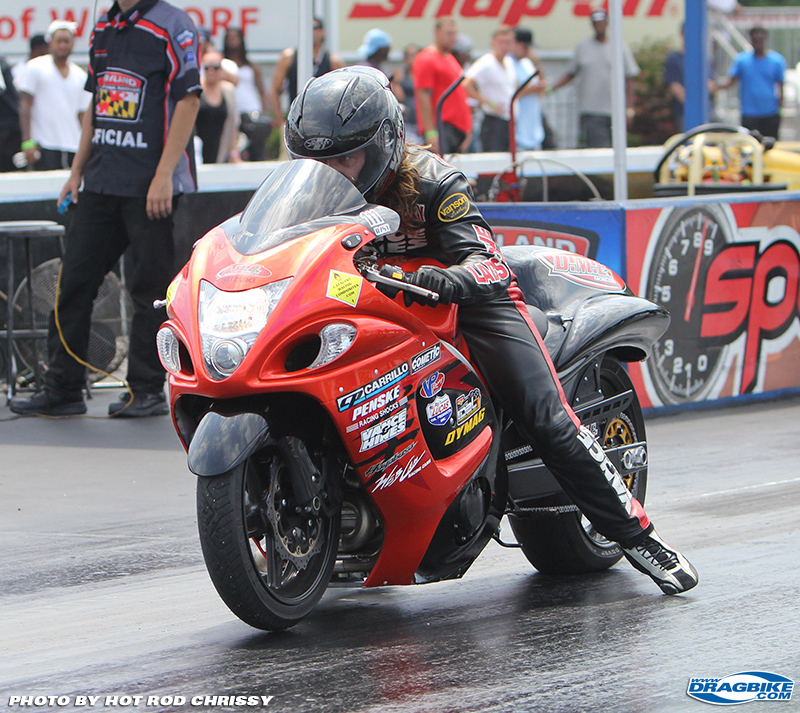 With the Pro Street bike being Joey’s main focus, the Real Street bike would take a back row seat in the beginning of the season as they started testing their set up.

Most people will think the team is at huge disadvantage running an all motor bike as these motors are naturally aspirated. When the heat and humidity of the day set in they don’t have nitrous to help them through the round. They have to tune the bike to adapt and they need a motor built ready for any condition. 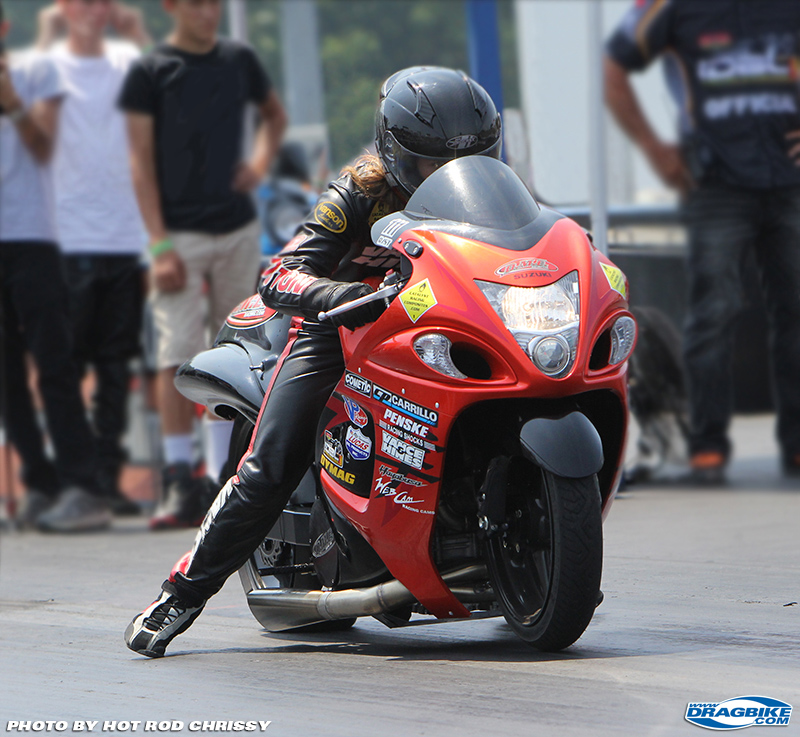 So how is the DME Racing Real Street bike set up?

Joey’s all motor bike is running at 69” wheelbase with stock plastics, stock tank and and stock wheel size. While they are required to keep the stock wheel size, they have swapped out their wheels for Dymag carbon fiber wheels from Orient Express. They are also gaining horsepower with the following products:

So with the bike built and tuned by Skip and Andy Sawyer, they have been quietly testing and progressing with faster ET’s. Finally at the IDBL Bike Fest, their hard work paid off in the summer heat.

Joey ran a 7.86 at 174.10 in qualifying to CRUSH the all motor record for ET and MPH in Real Street at IDBL. The record had been held by Del Flores at a 8.09 since April of 2014.  And then in eliminations he ran consecutive 7.86’s until he was eliminated by a nitrous bike in the semi-finals. 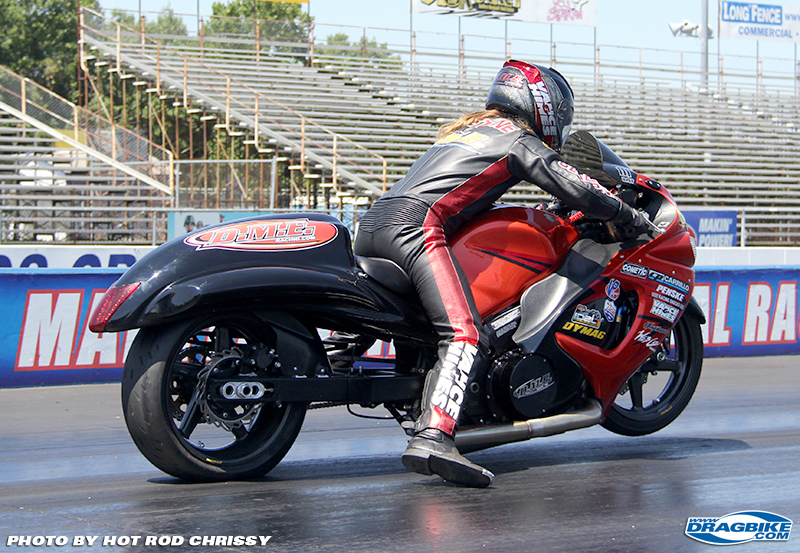 DME Racing is in the engine business, and they have proved they can win and break records with nitrous, turbo and all motor combinations. So call DME Racing for all your Hayabusa engine needs.