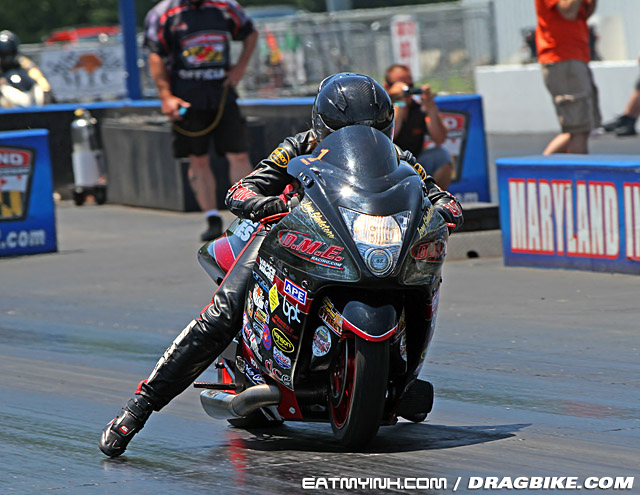 Two-time Battle Royale winner Terence Angela was the weekend’s performance leader, qualifying number 1 with a 6.87 and top speed of 219.15 mph. 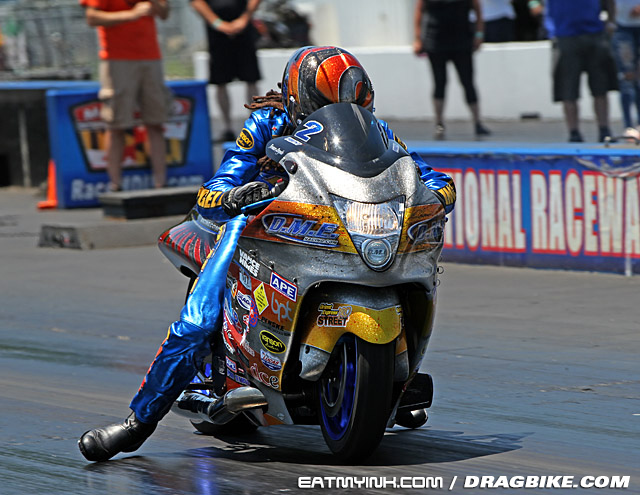 But this weekend you needed the right lane to apply the power of a DME turbocharged Suzuki Hayabusa, and Angela found himself in the left for the final against teammate Joey Gladstone. Angela wasn’t able to stay on the power in the final and watched from behind as three-time champ Gladstone won the all-DME final. 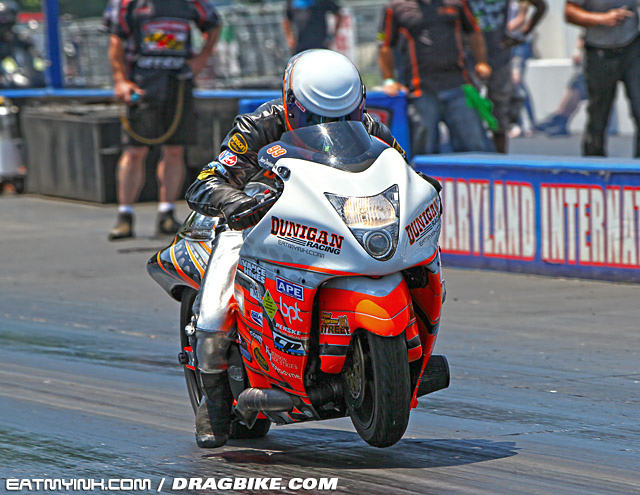 DME teammates Jason Dunigan and Chris Connell Jr. both advanced to the second round of Pro Street eliminations before falling to Angela and Gladstone, respectively. 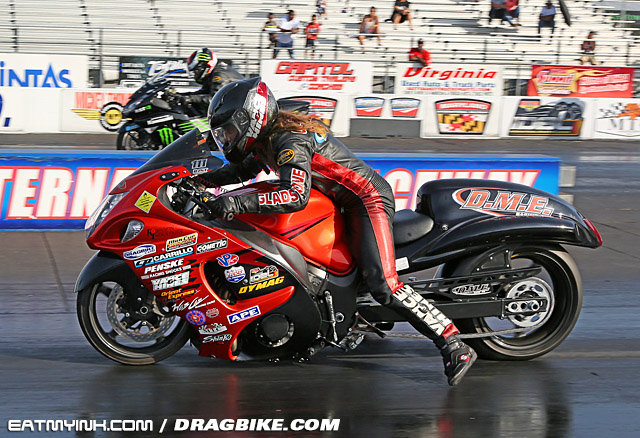 Gladstone fell on the other side of the lane choice divide in the final of DME Racing Real Street. The first 60 feet is vitally important to Gladstone’s all-motor DME ‘Busa against power-adder bikes like that of fellow finalist Anibal Merced. Joey got a jump at the tree, but a left lane spin was costly as Merced applied the spray and took the stripe. 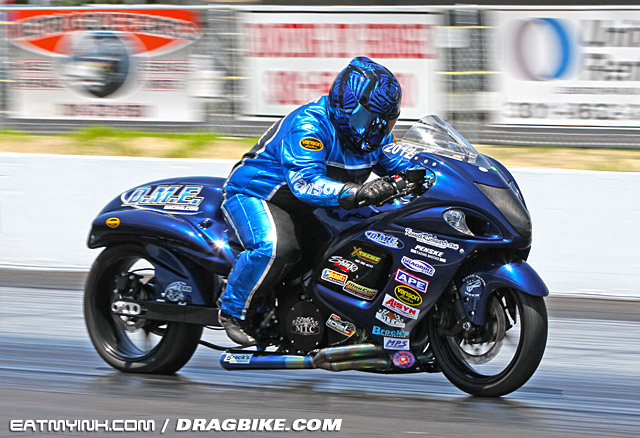 Watch this video with interviews of Gladstone and Sawyer: 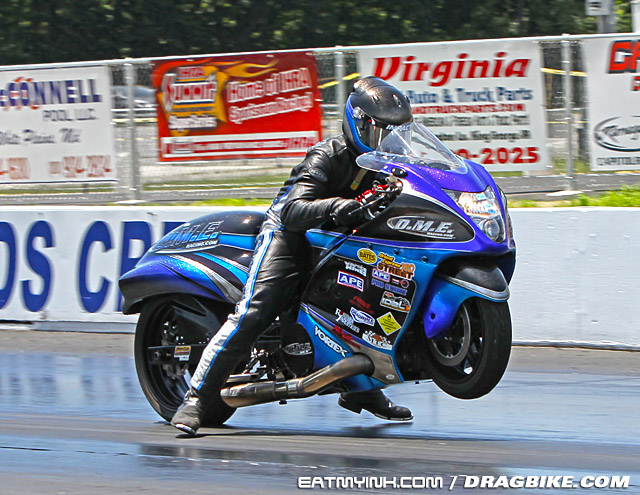