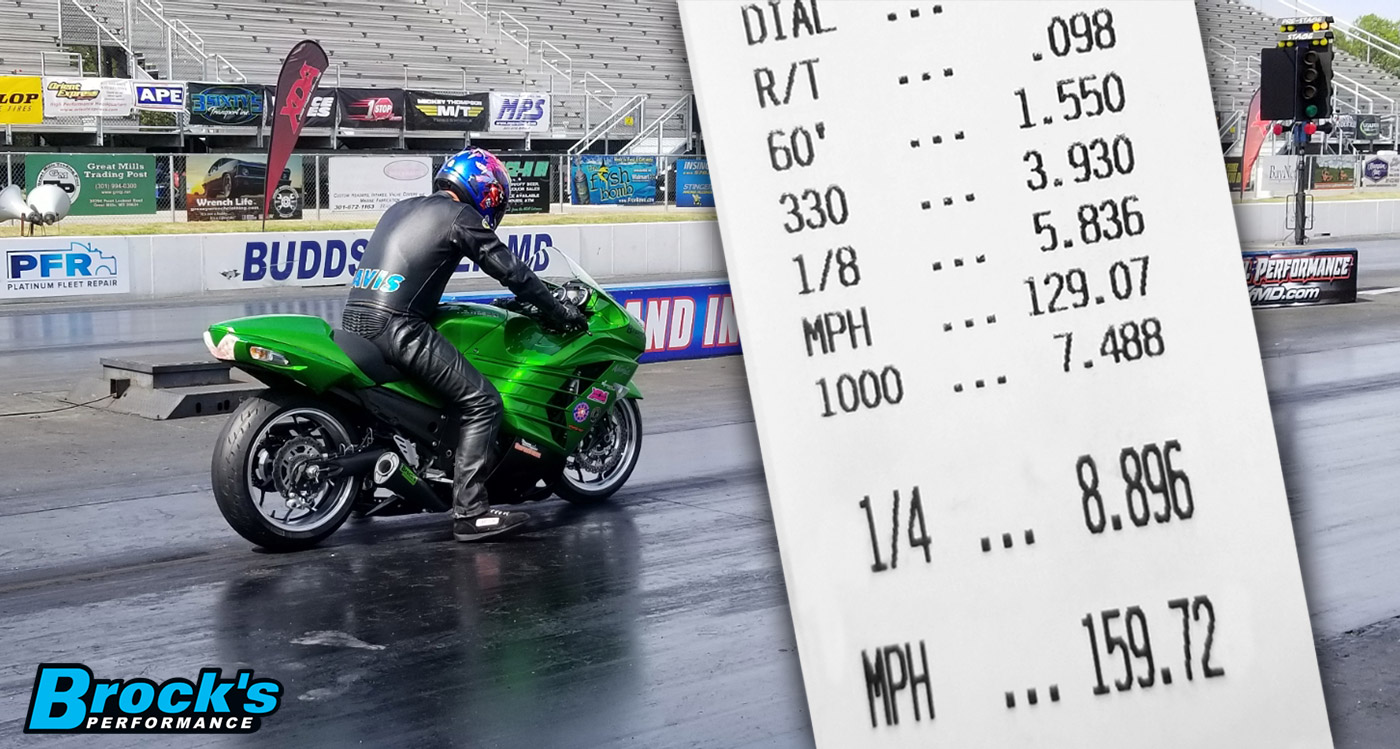 In 2020 the XDA motorcycle series launched a stock wheelbase class that has become wildly popular among the true hand clutch racers.

Mike Davis, one of our test riders for our Stock-To-Brock 2017 Suzuki GSX-R1000 Build Series aka ‘Gixzilla’, recently purchased a 2013 Kawasaki ZX-14R to jump into the Super Stock class. Mike’s only upgrades to the bike were a handful of Brock’s Performance bolt-on upgrades that anyone can purchase and install themselves. 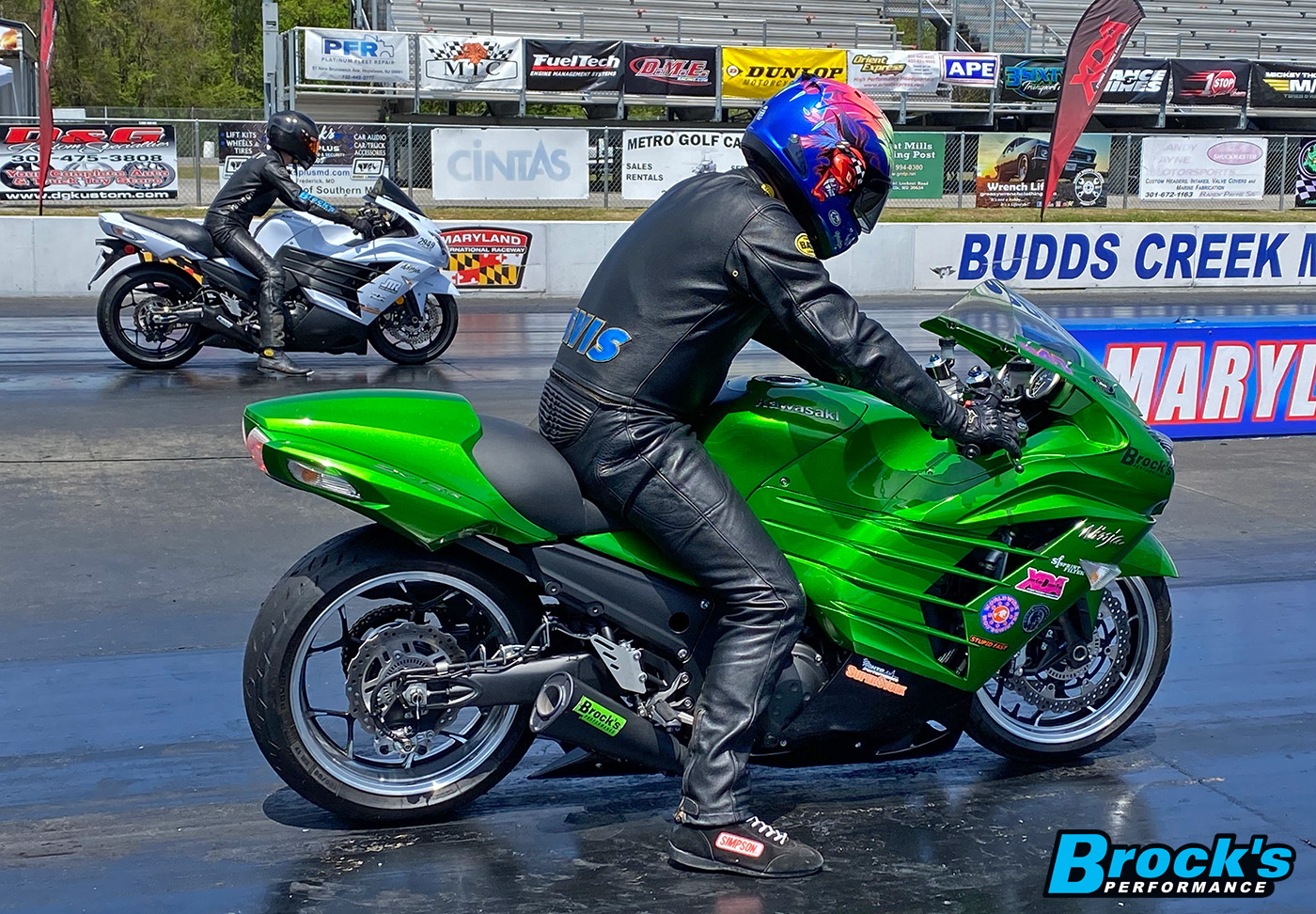 Brock Davidson for all intents is a regular guy and he has always prided himself on creating performance products that everyone can install themselves and be competitive with the pro teams. And once again, that mission has proved itself when Davis took a runner-up finish against the 2020 class champion on his first competitive outing with his new bike. It was incredible!

Davis made two qualifying passes and ran an 8.896 at 159 mph to qualify in the number five position out of thirty total competitors for the weekend.

When Sunday’s Super Stock competition started, Mike was focused and looking for green lights. In round one, he faced tough competition from Dystany Spurlock and got the win running a 9.030. In round two, Davis took another win against Drae Taylor, running an 8.921. And the wins continued in round three against Shayne Proctor, running an 8.969. In the semi-final round, he took out Derek Sobiech with an 8.904 pass. 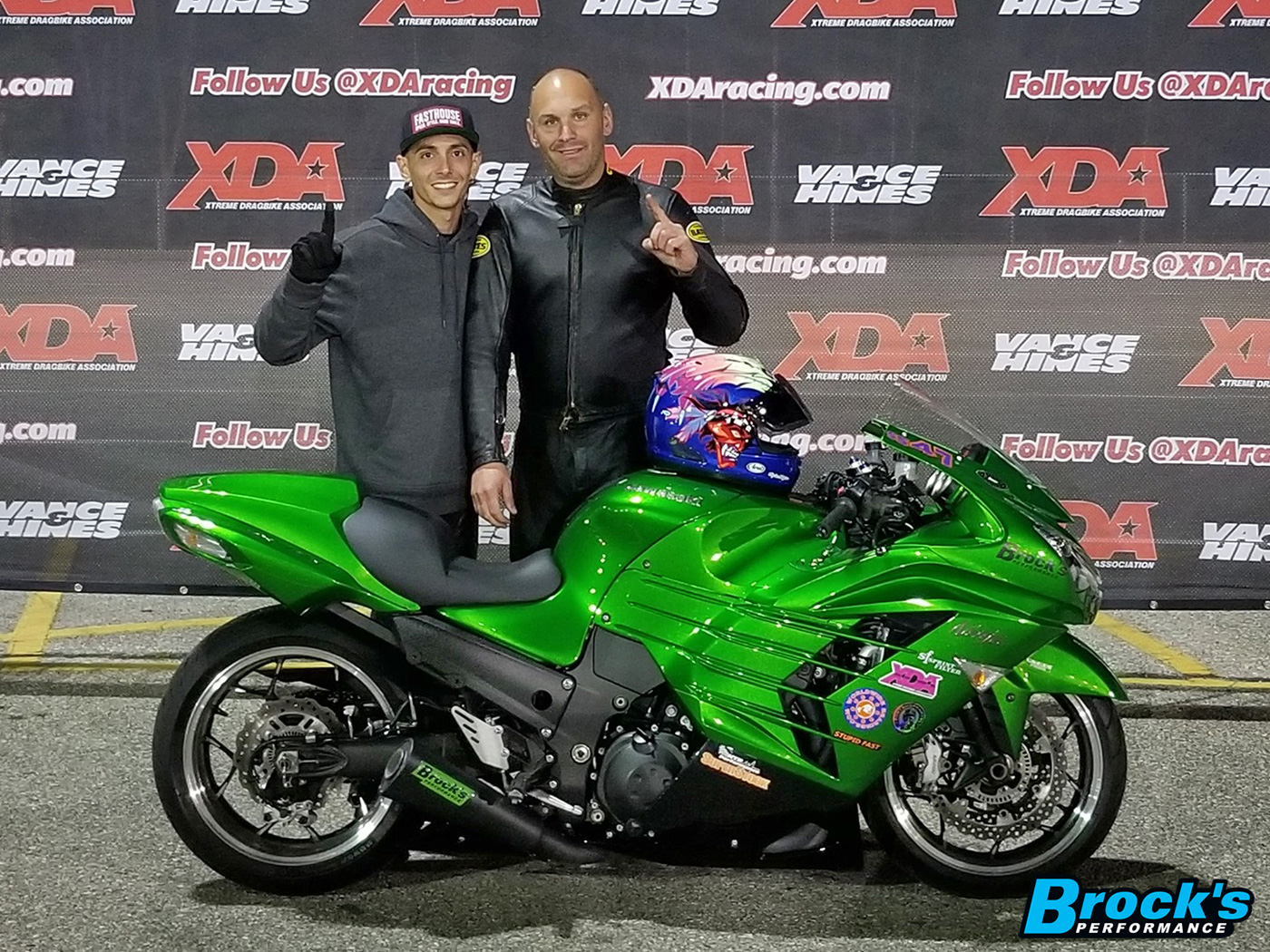 With that fourth Super Stock round win, Mike Davis now heads to the final where he has to face another Brock’s Performance equipped racer and 2020 class champion Dave Fondon. Fondon gets the jump on Davis with a slightly better reaction time at the tree, and both riders blast down the quarter-mile.

The win light comes on in Fondon’s lane as he runs an 8.66 to Davis’ 8.909. Davis didn’t get the win, but he was ecstatic at the bike’s performance and making it to the final round at his first event. Check out the video below featuring his journey to the final. 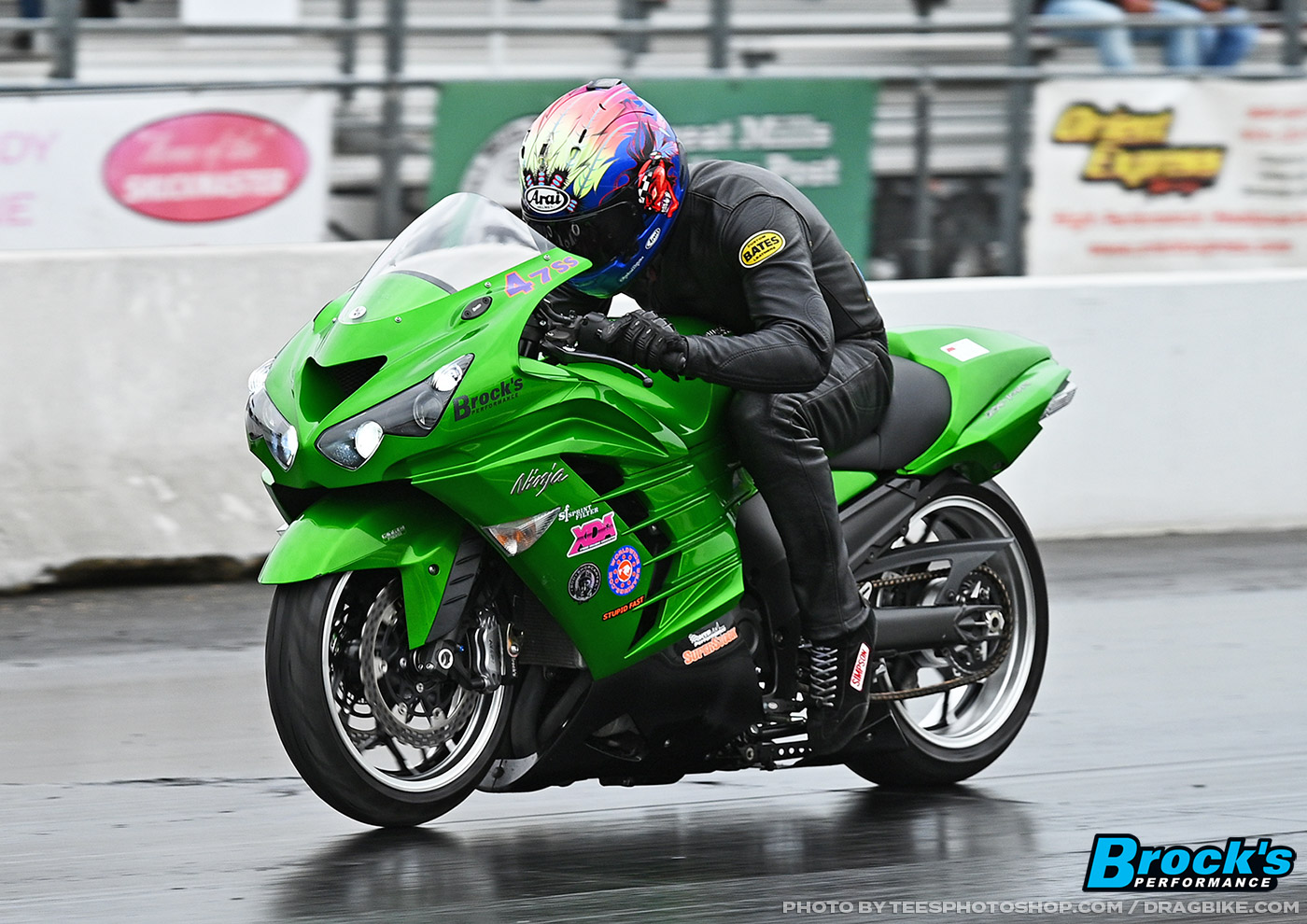