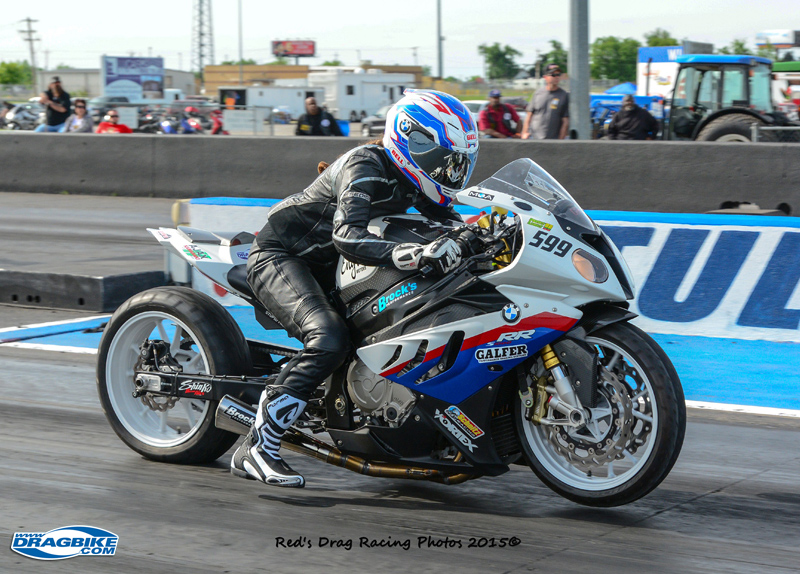 As a little girl, Elyse was always a tomboy. She would rather hit the trails on a four-wheeler, explore in the woods, or go-kart around in the yard than do girly things. She has two older brothers whose toys she gladly took as hand-me-downs or otherwise borrowed when left unattended (namely the go-kart)! 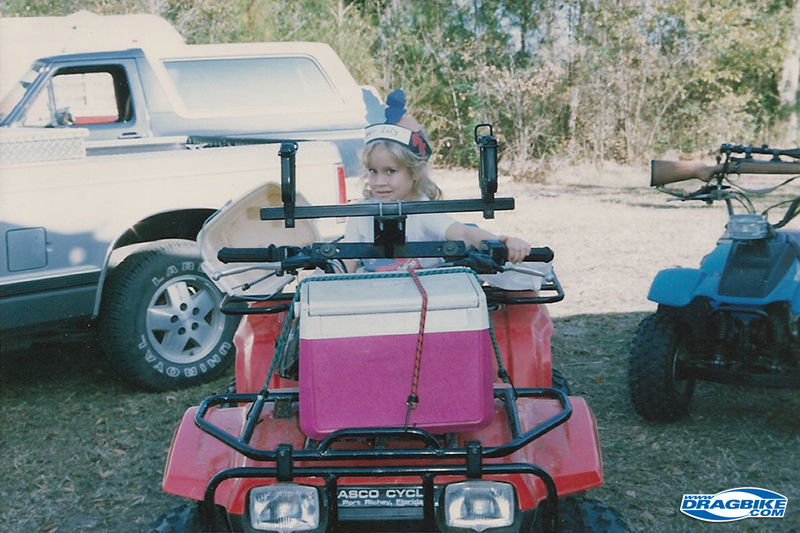 Her parents weren’t thrilled about her choice to ride & race motorcycles, but growing up they taught her to work hard, have upstanding morals, and to be adventurous. This adventurous attitude would ultimately lead her to motorcycle racing. 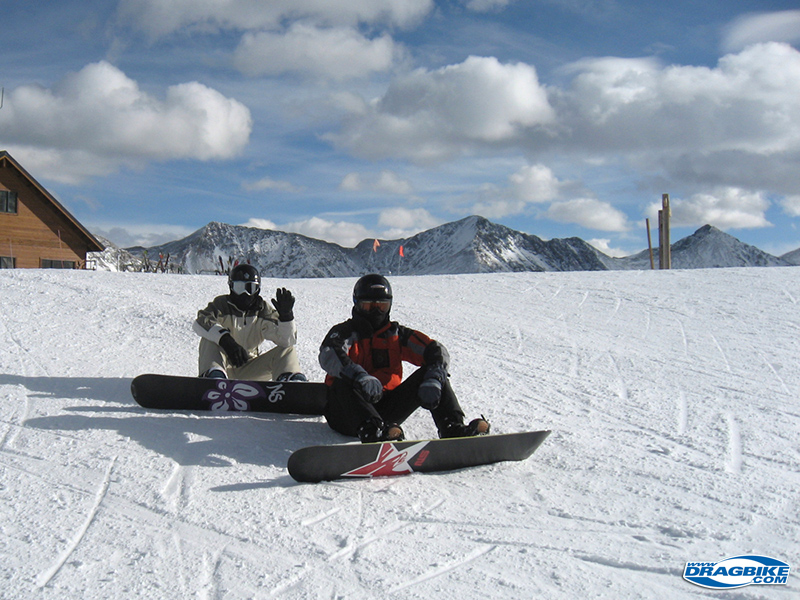 Growing up in Florida, there were always motorcycles cruising the street, enjoying the year-round great weather and beautiful ocean views. She first rode a motorcycle in college when her now-husband owned quite a few. He taught her to ride in an empty parking lot at the University of Florida campus and she couldn’t get enough! 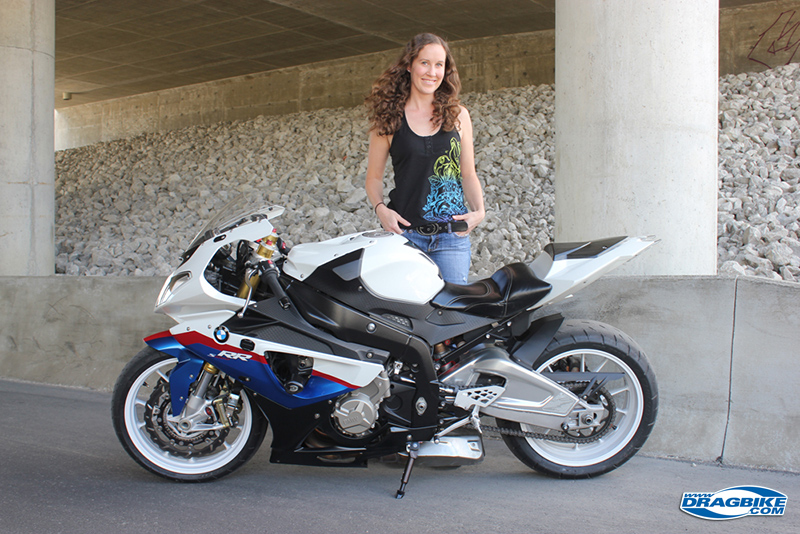 After riding on the street for several years, Elyse decided it was time to try some new things. One day a friend, fellow motorcycle enthusiast Jim Doyle, (Jim races motorcycles and is the team owner of an all-female motorcycle endurance team, G-Baby Racing) encouraged her to visit Heartland Park Topeka and check out Bike Days at the road course. She rode up there one Saturday and participated in their lunch ride, where she got to take a few laps around the road course following a control rider. She enjoyed the experience, but still wanted to try out some other things. 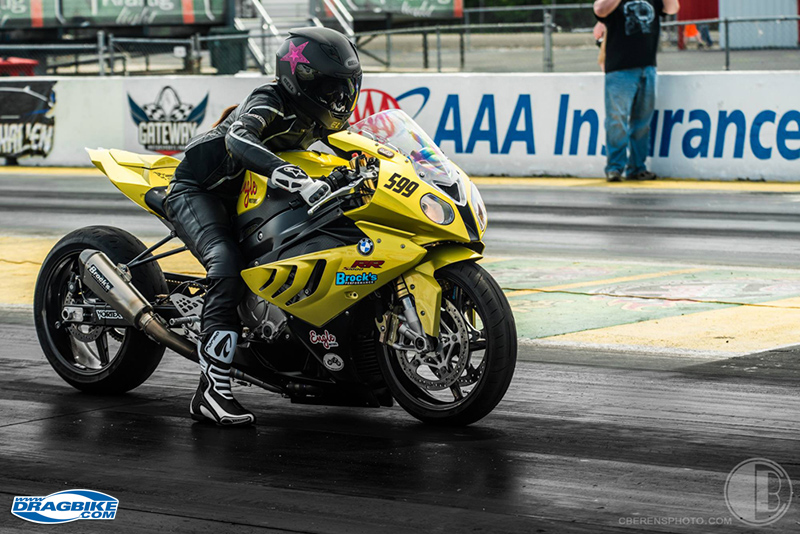 The Kansas City BMW dealership, Engle Motors, had a drag bike and had invited Elyse to come out to a test and tune session and hang out with them one night. She returned on the next street legal night to give it a try! “It was certainly no record-breaking night on my stock GSX-R 600 street bike, but it was enough for me to get addicted,” said McKinnon. That winter she built her first drag bike. 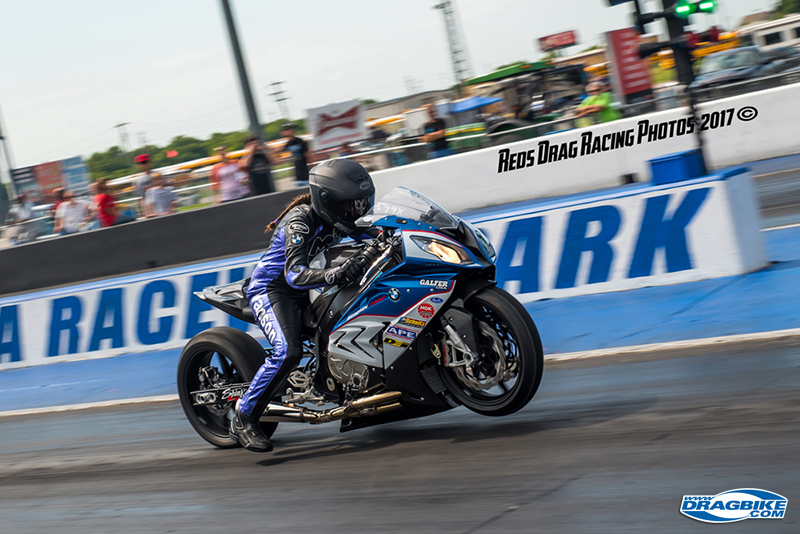 Elyse met her husband, Chris McKinnon, in 2001. They were High School sweethearts and got married right after college. Elyse says, “my awesome husband does all the hard work so that I can concentrate on racing. He’ll introduce himself to you as the truck driver, but he does everything from coordinating the schedule to getting the bikes ready for race day.”

Elyse has always raced on BMW’s. She prefers a heads-up race but will race any class she has a bike for like Crazy 8’s, Super Comp, & ET. Currently, Elyse has two BMW S 1000 RR’s of her own and also jockeys two other BMW’s for Engle Motors. 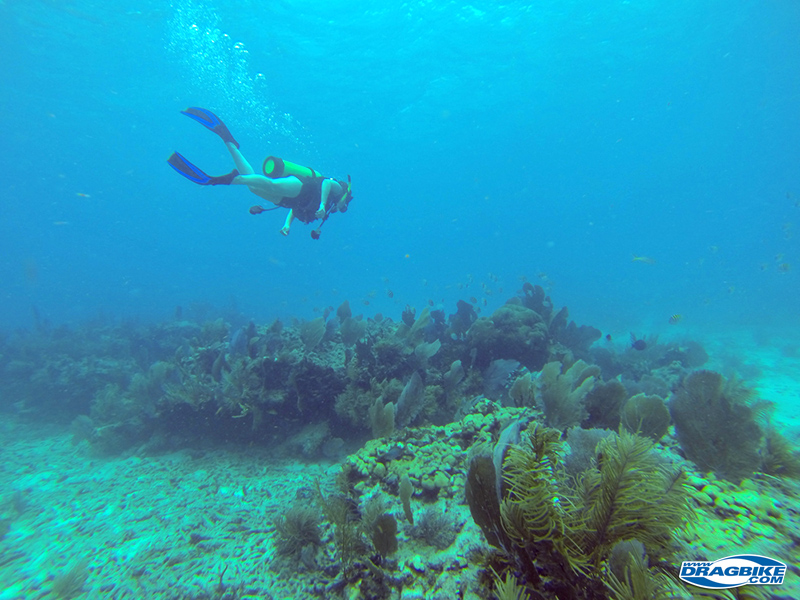 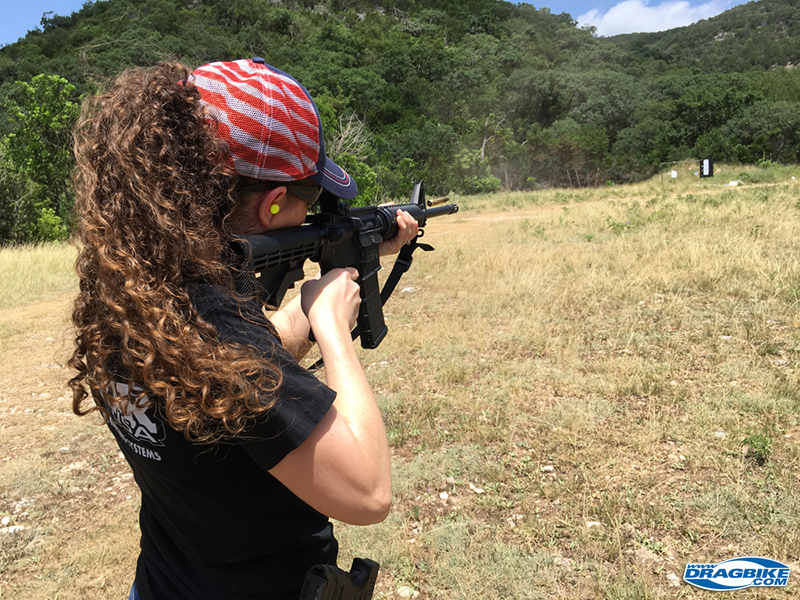 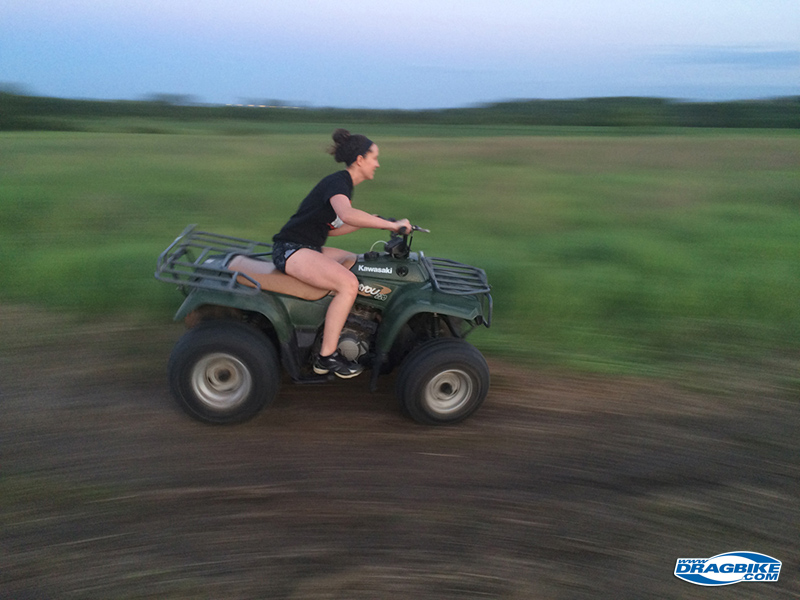 Favorite movie: Star Wars, all of them (except Episode I)

Favorite quote: “Danger is the spice of life and you’ve got to take a risk now and then…that’s what makes life worthwhile.” -Burt Munro 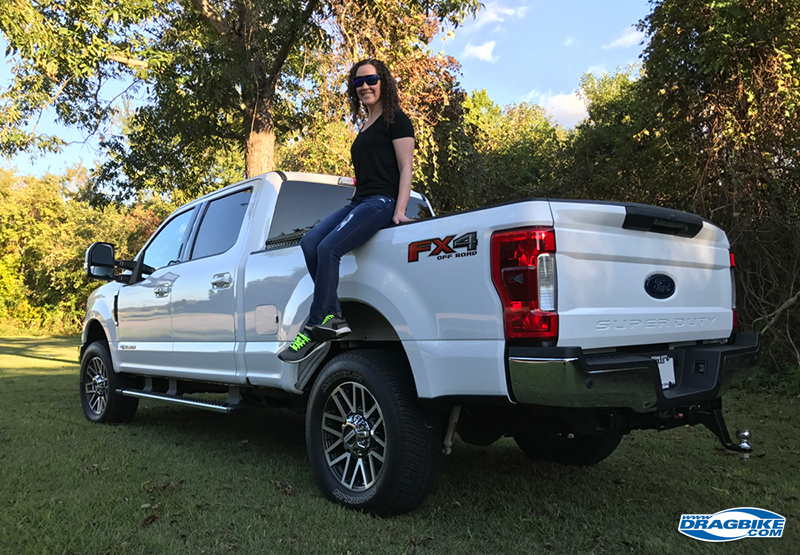 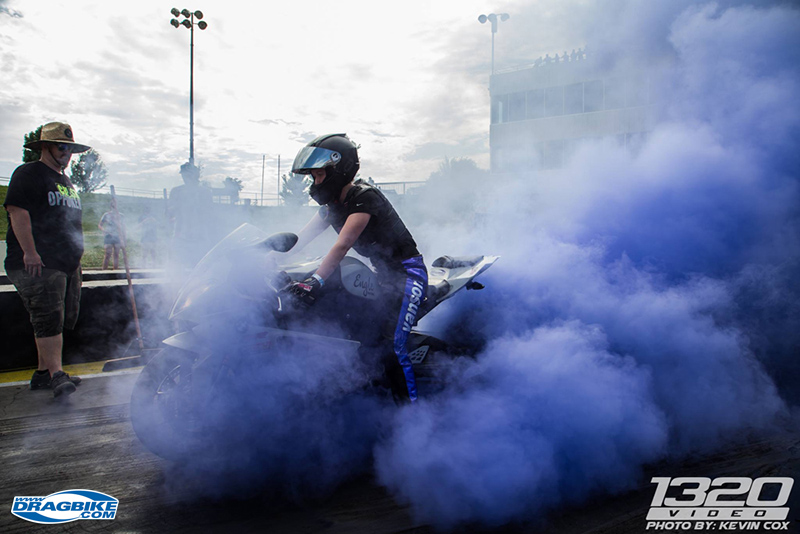 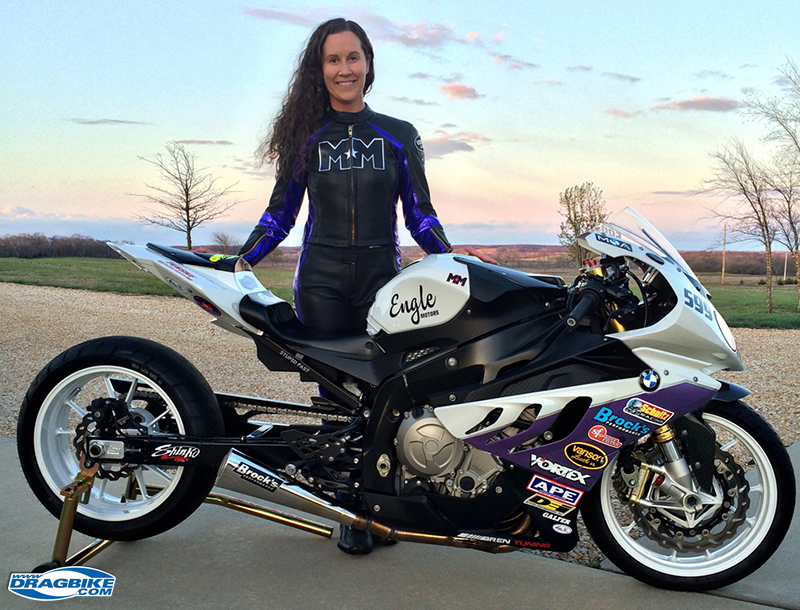 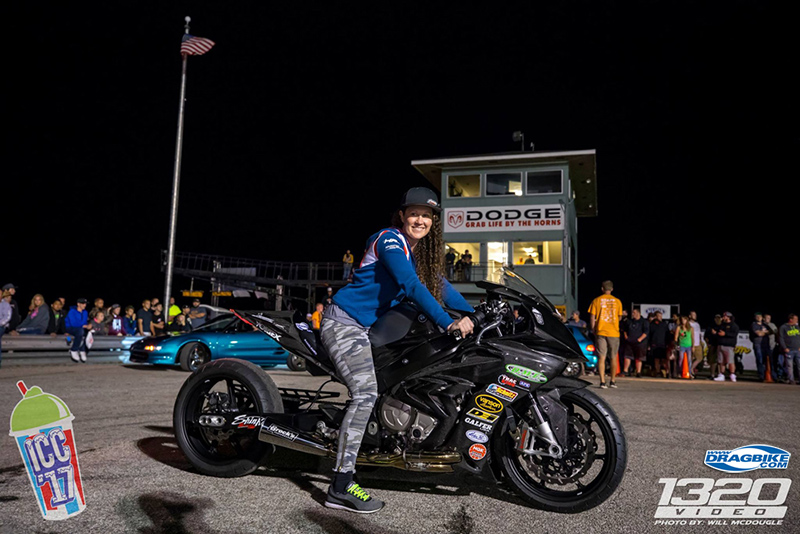 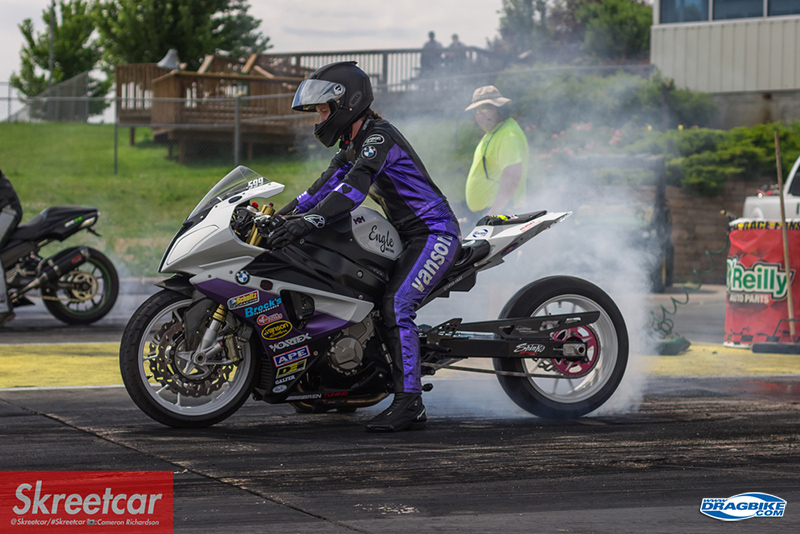