The DME Racing Real Street class saw a new winner at the MTC Summer Nationals. Eddie Chapman who has been racing in Real Street for eight years finally got his first win! Chapman led qualifying for two rounds with a 7.837 while rookie standout Spencer Claycomb struggled until he finally overcame his gremlins and took the number one spot back with a 7.789 putting Eddie back in the number two qualifying spot. The battle continued into eliminations until these two met in the final round for an evenly matched battle, Chapman and Claycomb cut .079 and .075 lights respectively. But Chapman got the edge at the finish line running a 7.72 to Claycomb’s 7.76 sending him to his first Real Street winner’s circle. 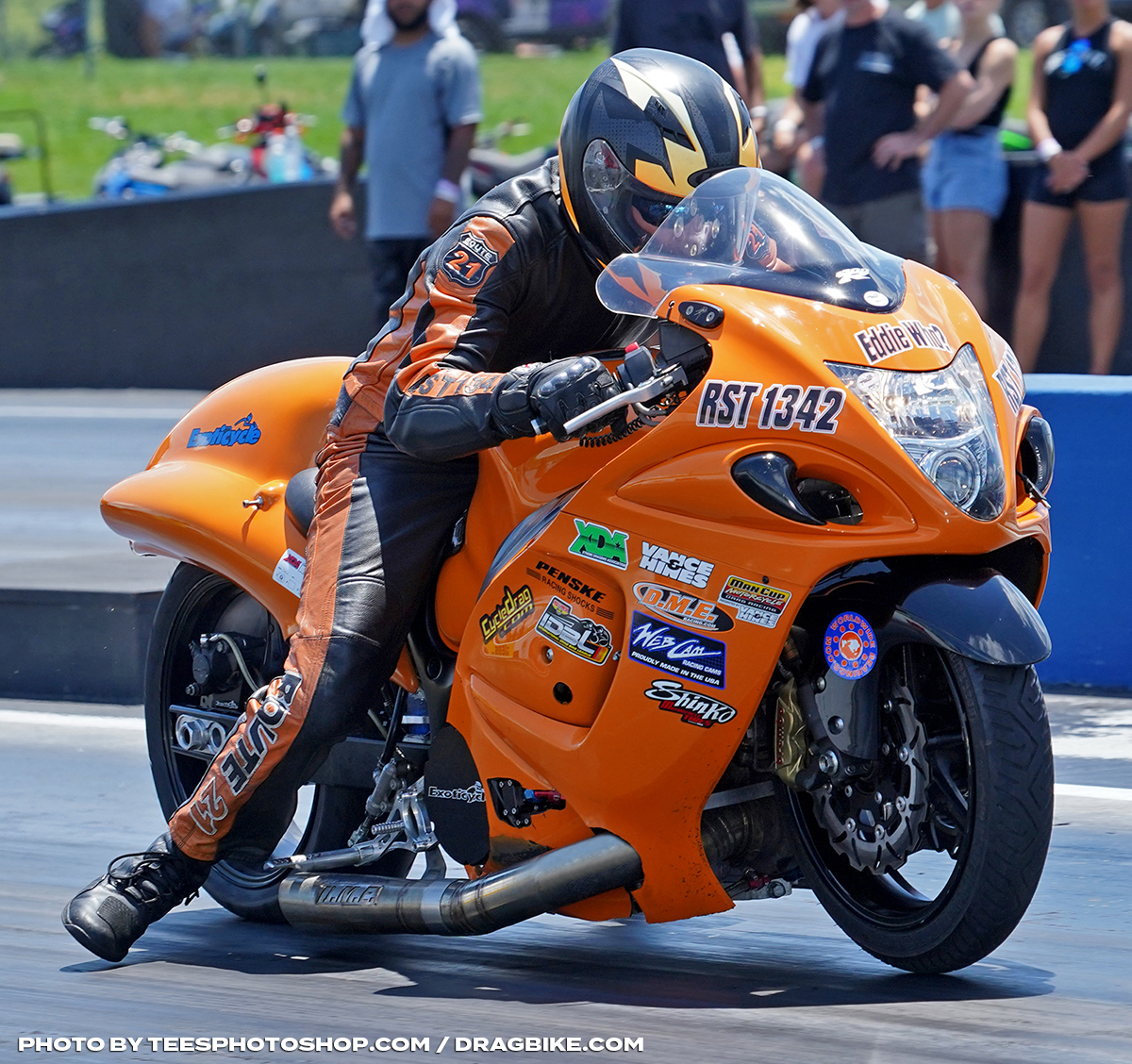 But the story behind this win is what really matters. Only one week before the event, Chapman realized his motor was hurt and wasn’t going to make the event. He called DME Racing’s Andy Sawyer to let him know, but Sawyer told him to get his motor to the shop and that he would bring it to the event ready for him to race. So, Monday morning the engine was delivered to DME Racing, and was being reinstalled in the bike Friday afternoon at the track! Great work by the class sponsor and congratulations to Eddie Chapman on his first Real Street win! Will Claycomb and Chapman continue this battle?

In his own words:

Friday the 15th I text Andy Sawyer and tell him I hurt my motor and would not be able to make it this weekend coming. He said get me the motor on Monday and I’ll see you at VMP. So Monday it was delivered. We get to the track Friday the 22nd with a bike and no engine. We get the engine installed Friday midday and off to testing we went. But we find it only shifts half the time.

We had Steve Nichols and DME Racing looking at data to help us figure it out. But we couldn’t put a finger on it. Saturday out the trailer it shifted but we weren’t happy about it,  we went qualified #1 with a 7.83. Q2 no shift, Q3 and no shift,  and we dropped down from number #1 to #2. So Saturday night Bill Kenlon and Clark Adams started looking and found a broken spring on the shifter assembly. So the motor comes out again and we were all hoping this was the only problem. 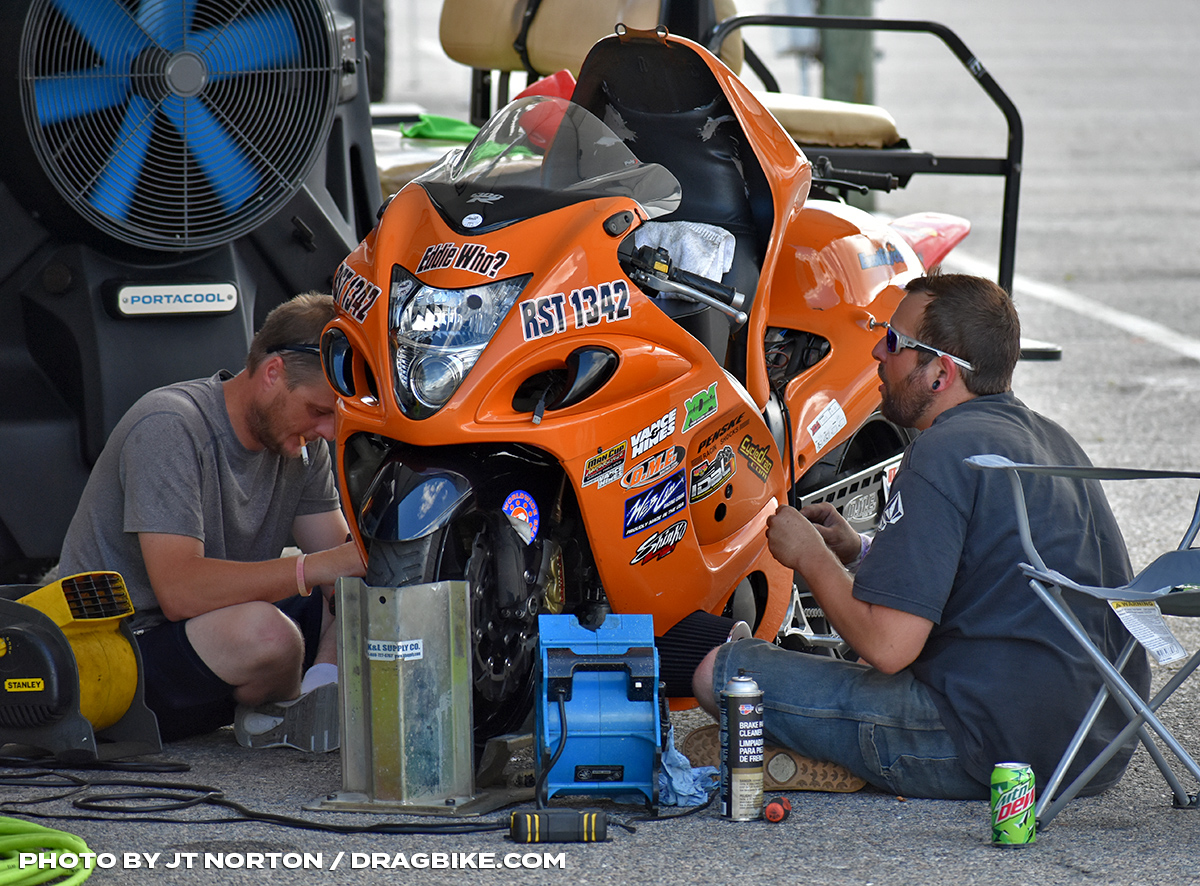 Get up Sunday morning and the guy we had to run wasn’t able to make the call, which was great for us we now have a test pass. The same tune-up runs 7.83 and it shifts! We almost got happy, but not yet because we had seen it shift once before. E2 comes up and we run a 7.75, now we are starting to get happy,  but then we find out we have Jeremy Teasley and that’s not someone you want to see in Real Street or any class for that matter. My good friend Johnny Dobrin is on the phone at this point telling me ‘you can do this, but it’s going to take a good tree to do so’.

The tree is not my strong point so I roll in deep and hit the tree with a .058 to his .077 and run 7.76 for the win. At this point everybody knows how much we want this win. On to the finals where we face off with number one man in the land Spencer Claycomb who has been killing it in RST all season. We go .079 on the tree to his .075 and it’s a race. At the 1000ft I can see he is still I’m front,  and I’m yelling for that DME horsepower to put in a helping hand here and it does,  7.72 vs 7.76 and the win light is on, and I swear it has to be the brightest light in the world! Now it’s time for victory lane pictures and tech inspection, which I’m not one bit concerned with, we stay legal so we don’t have to get legal. I know this is long, and way too much info, but for the #whocrew this has been a 8-year battle! 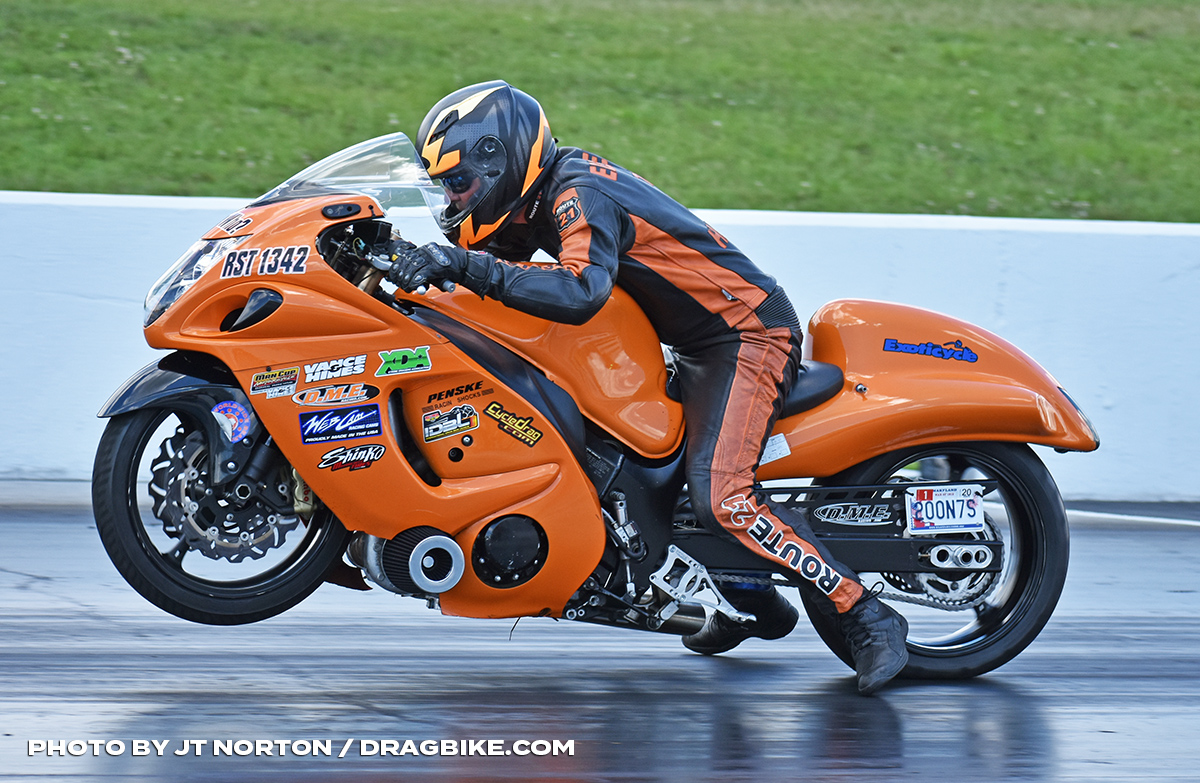 I have so many people that have helped me get this win it’s crazy:

We are done with #3 on the XDA tour and already getting fresh for battle #4.

THANK YOU EVERYONE FOR ALL THE SUPPORT.

#WHOCREW WE DID IT ONCE WE CAN DO IT AGAIN.