With no fewer than 27 riders scoring points in the championship, Super Comp Bike was one of the most competitive categories of the 2018 EDRS Pro Nordic MC. But still, Peter Östlund claimed the title with an impressive 191 points advantage over the number two in the championship after four races. Consistency and going rounds in every race were the reasons behind his extremely succesful 2018 season. 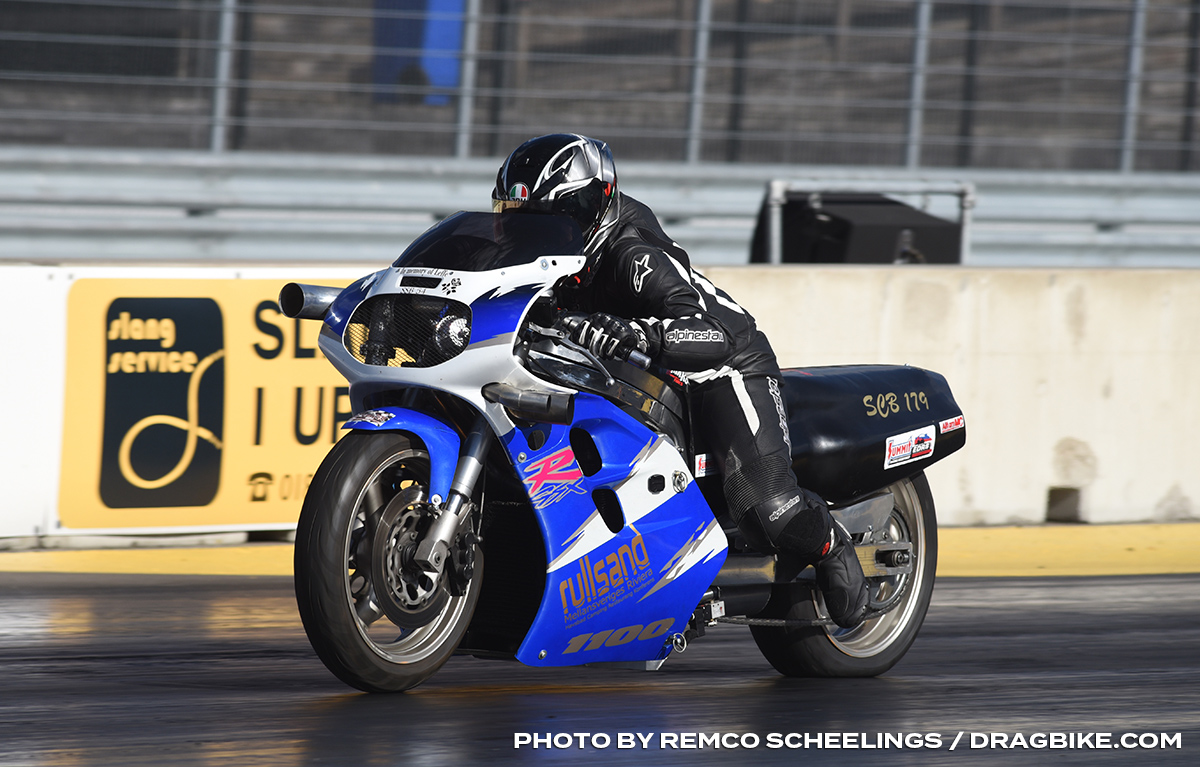 Peter Östlund’s season kicked off with a semi-final finish at the opening round at Tierp. At Alastaro his race was over in the quarter finals, but Östlund scored enough points to make up some ground and to be in the number two position after two races. The second half of the season was by far his best as Östlund finished the Drag Challenge at Gardermoen as the runner-up and the new leader in the title race. The 39-year-old Swede only had to qualify at the final race at Tierp to clinch his first EDRS Pro Nordic MC Super Comp Bike title. But Östlund claimed his title in style with a great win and a convincing 191-point lead over the number two in the championship. 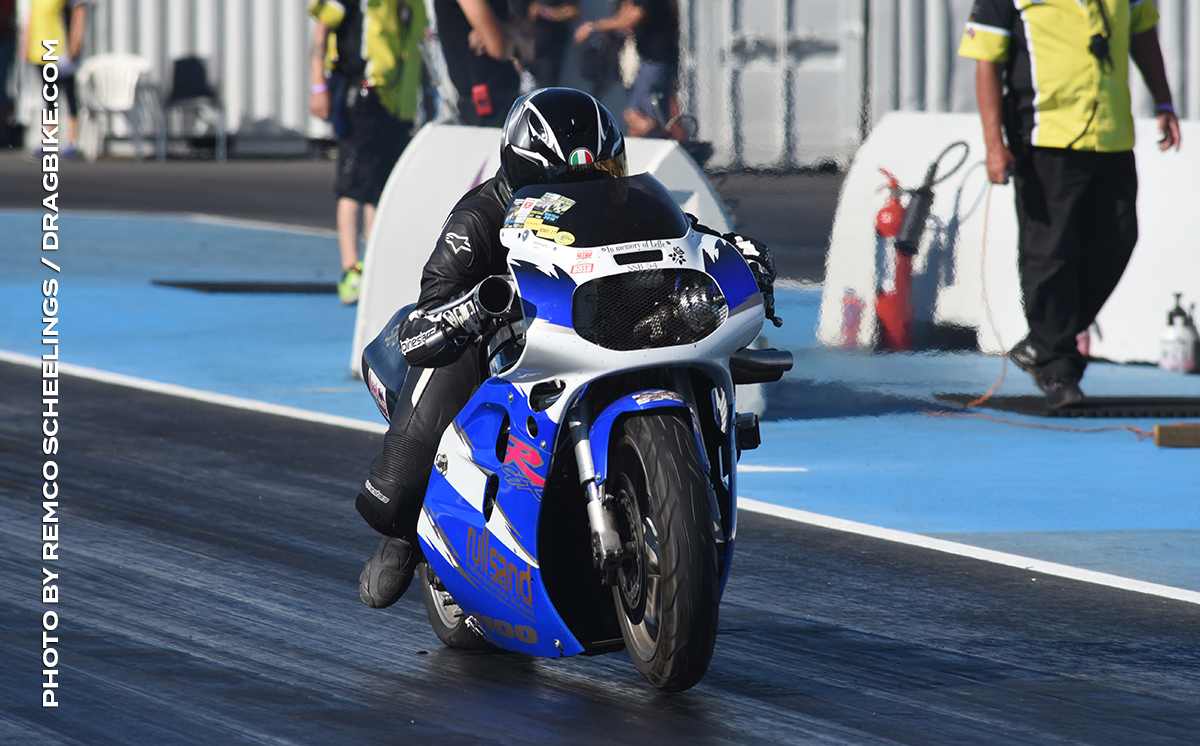 How do you look back at last season?
The season started a bit hard when the bike broke on the dyno a few days before the first race. Thus we did not test the bike at all before the first race. Because I had built a lot of new things on the bike, such as a new steering systems, it was a nervous first race in Tierp. But I quickly found out it was right and I had a good feeling. So when I look back at the season, I feel joy and happiness. 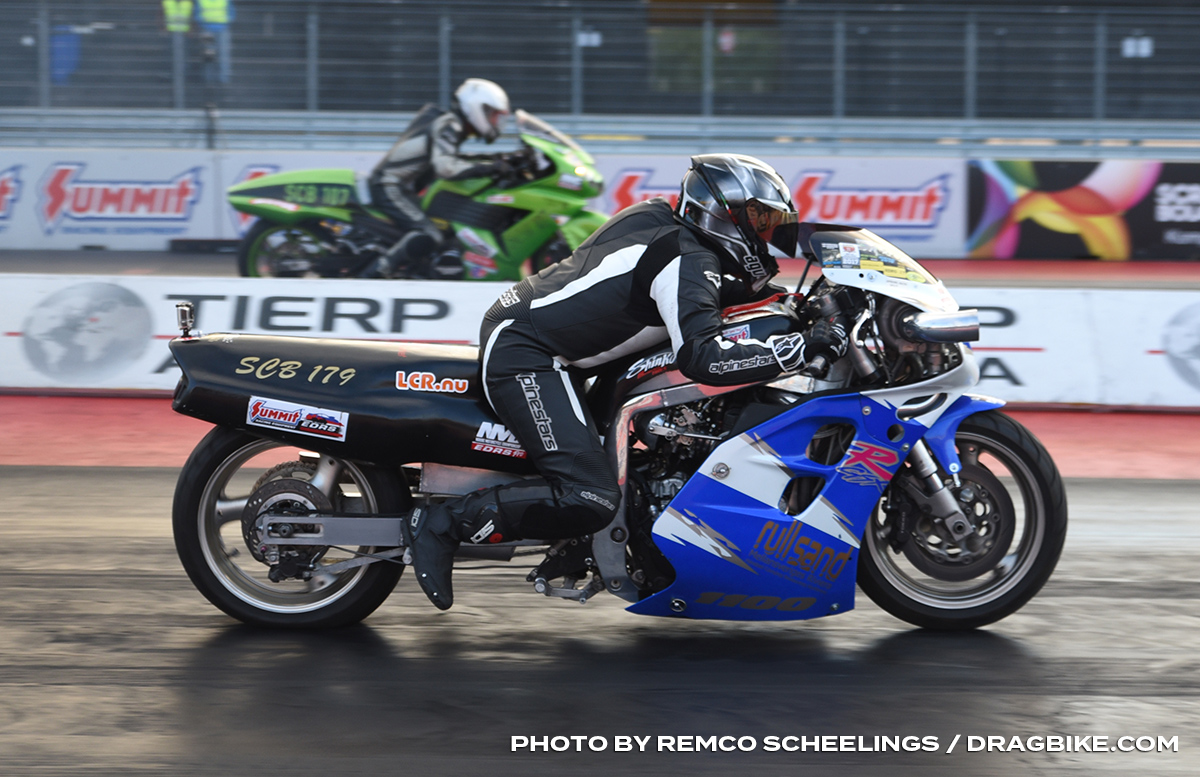 What was your best race and what was the most important race for winning the title?
The best race of the season was the last one at Tierp in August. I didn’t only win that race but I also won the EDRS Pro Nordic Motorcycle Championship in my category. Everything just rolled and went as I had thought that weekend. It was extra fun because the family, friends and sponsors were there and watched. The most important race was in Norway, when I became runner-up. After that race I knew that I just needed to qualify in Tierp to take home the EDRS Pro Nordic title. 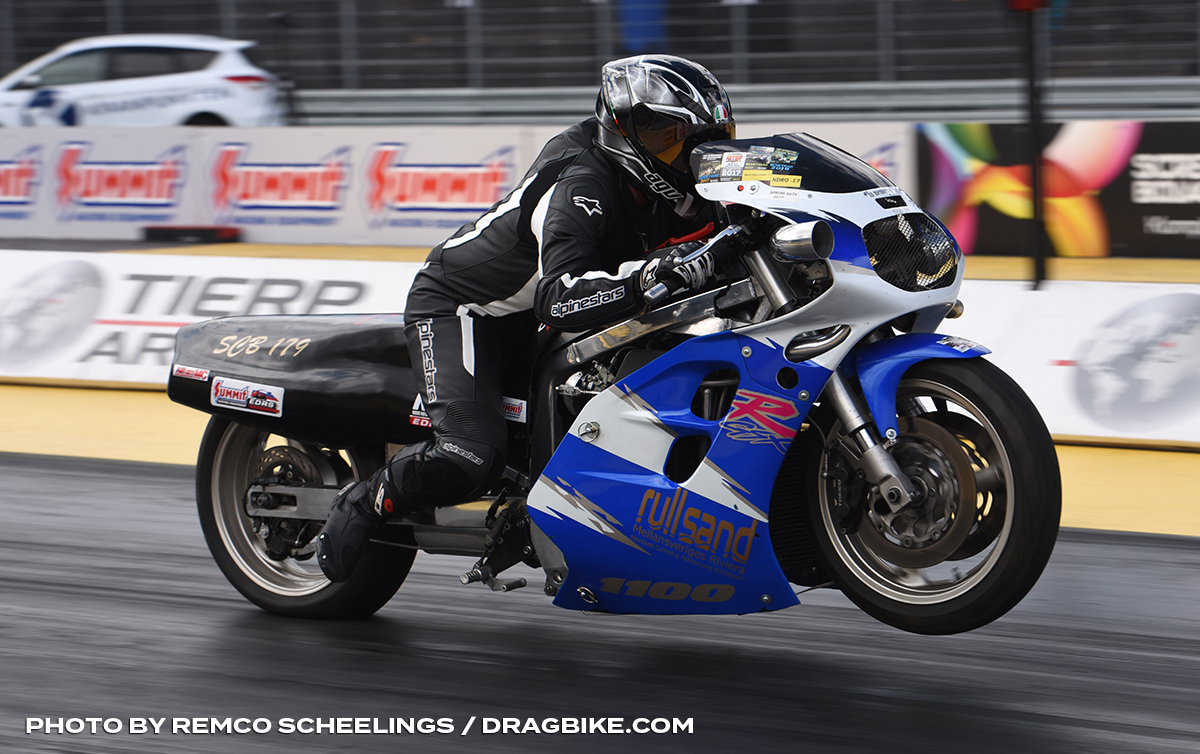 Most proud of in 2018?
The prettiest moment this year was the personal bests I reset. And winning the EDRS Pro Nordic Super Comp Bike title also feels really nice.

Worst/toughest moment of the season?
I haven’t had any really hard times this season as most things have gone my way. But the hardest thing was in Norway when I knew the gearbox was breaking apart. But somehow I went to the final, where I was defeated by Tomas Jonsson, and the gearbox as well.

Toughest competitor in 2018?
There have been many tough guys to meet, but Anders Gerdtsson, Emil Östlund and Tomas Jonsson always drive well. But there are many others who are also skilled and hard to meet. 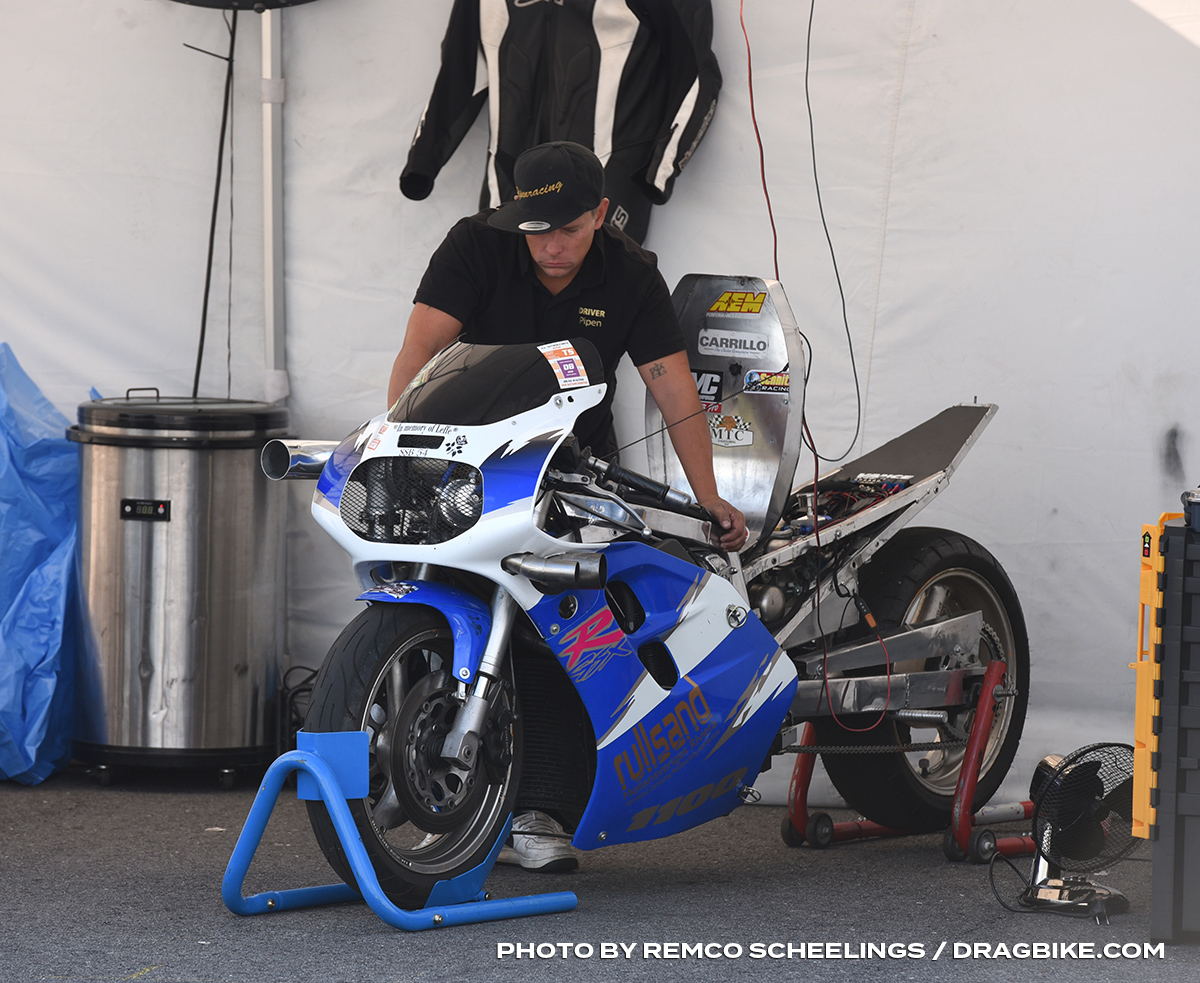 Plans and goals for 2019?
It would be fun to defend the Super Comp Bike title in the EDRS Pro Nordic championship next year. But it would also be fun and interesting to step up a class and run Super Street Bike as well. I made some test runs at Tierp on Roberth Häggblom’s TEAM 817 bike, and it was really awesome. We’ll see what happens in 2019. But I know what’s on my wish list for Santa Claus this year. 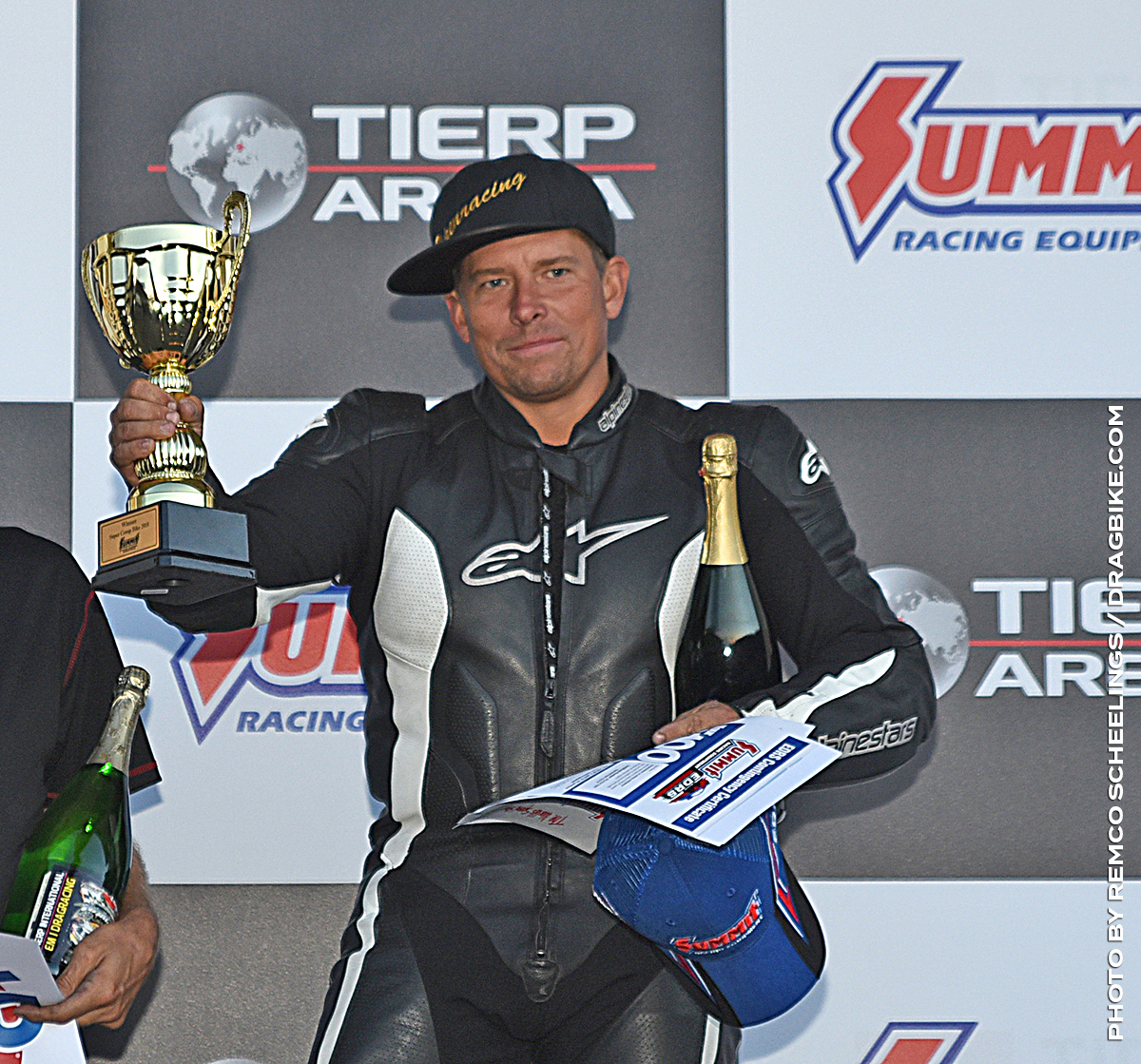