EDRS Pro Nordic Motorcycle Results from Round 2 in Kauhava

EDRS Pro Nordic Motorcycle Results from Round 2 in Kauhava

Filippos Papafilippou raced to victory in Top Fuel Motorcycle at the second round of the EDRS Pro Nordic Motorcycle Championship at the new Kauhava drag racing facility in Finland. It was the second consecutive EDRS Pro Nordic MC win for the rider from Greece. In all other categories, riders from Finland gave the home crowd a lot to cheer about as all three classes had a winner from Finland. In Super Twin Motorcycle Harri Piensalmi won when reigning champion Marcus Christiansen suffered mechanical problems in the final, in Pro Stock Motorcycle Fredrik Fredlund defeated Janne Koskinen, while in Super Street Bike Vesa Ruhanen claimed his second consecutive win of the season after beating Ida Zetterström in the second all Finnish final of the day.

After the opening round at Tierp Arena, Sweden, the EDRS Pro Nordic Motorcycle Championship had its second round at the new Kauhava track in Finland.

In Top Fuel Motorcycle there was a major upset in the semi-finals when number one qualifier Rikard Gustafsson pulled a red light, handing the win and a place in the final to reigning champion Thomas Pettersson. On the other side of the elimination ladder Filippos Papafilippou didn’t make any mistakes and after defeating Vesa Lipponen and Jan Sturla Hegre, the rider from Greece was once again in the final. It must have been one of the easiest finals ever for Papafilippou as Pettersson couldn’t come back for the final, handing the win to Papafilippou, who still stormed to a great 6.07 seconds. It was the second consecutive win for the rider from Greece as he also claimed the victory in Tierp. 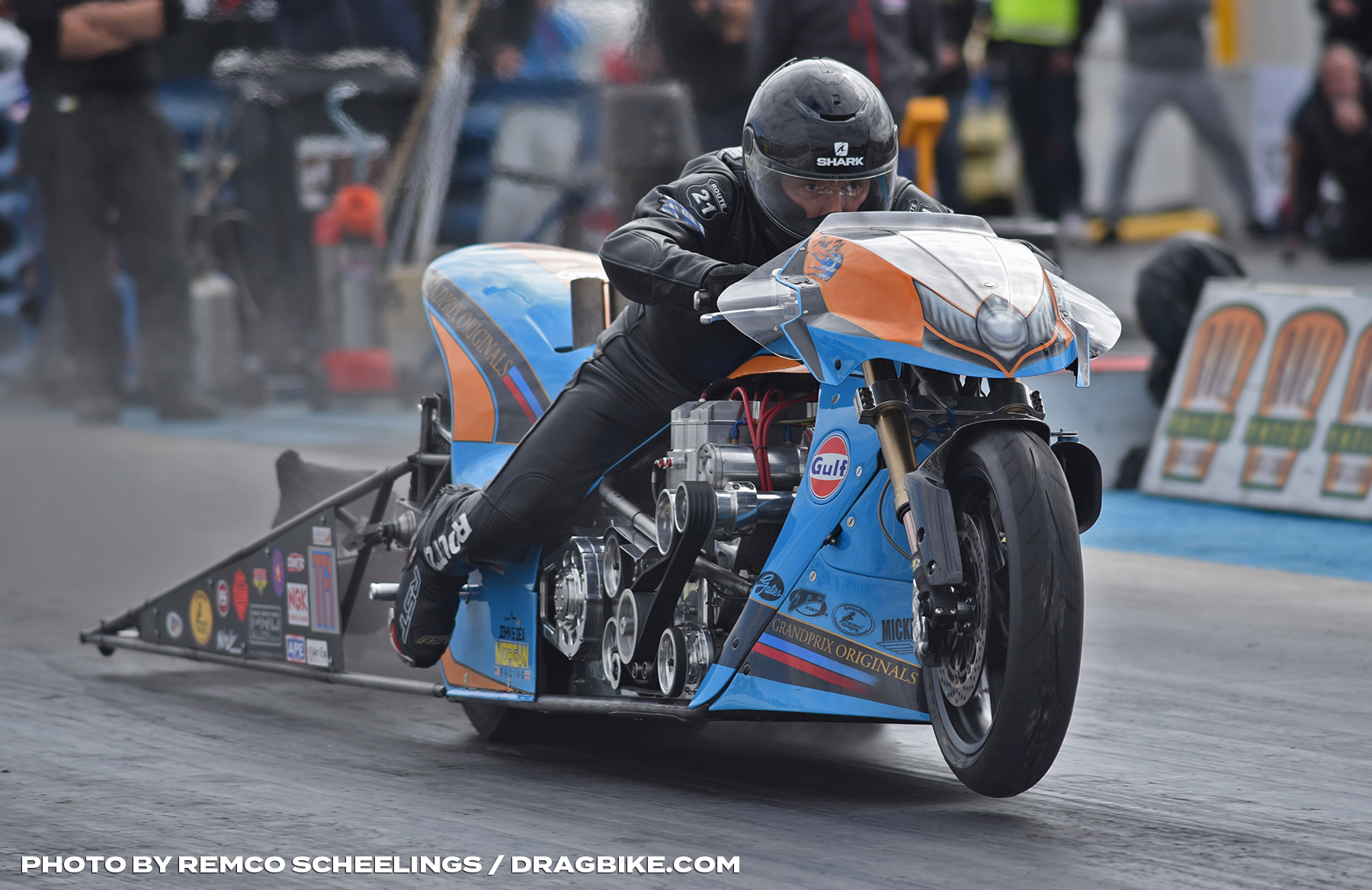 In Super Twin Motorcycle number one qualifier and reigning champion Marcus Christiansen defeated Roman Sixta in the first round and in a close semi-final Samu Kemppainen to advance to the final. On the other side of the elimination ladder number three qualifier Harri Piensalmi was too quick for Hans Olav Olstad and Gert-Jan Laseur, who surprised number two qualifier Martijn de Haas in the first round. In the final Christiansen, winner of the first race at Tierp Arena, suffered mechanical problems, handing the win to Piensalmi. 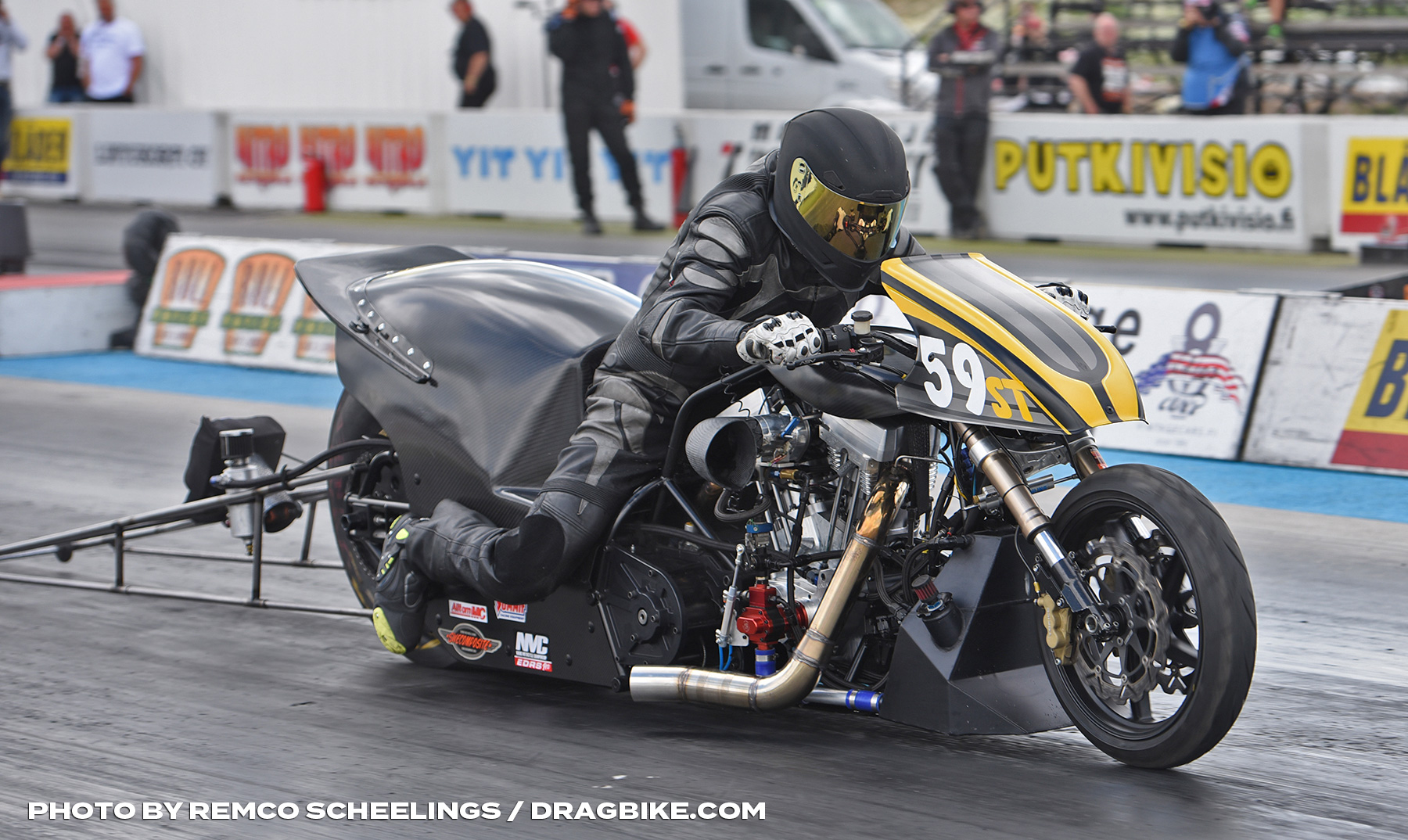 In Pro Stock Motorcycle it was an all Finnish final with number one qualifier Fredrik Fredlund and Janne Koskinen. Fredlund had a far from perfect run with 7.43 seconds, but the problems for Koskinen were even bigger, thus Fredlund could claim the Kauhava victory. 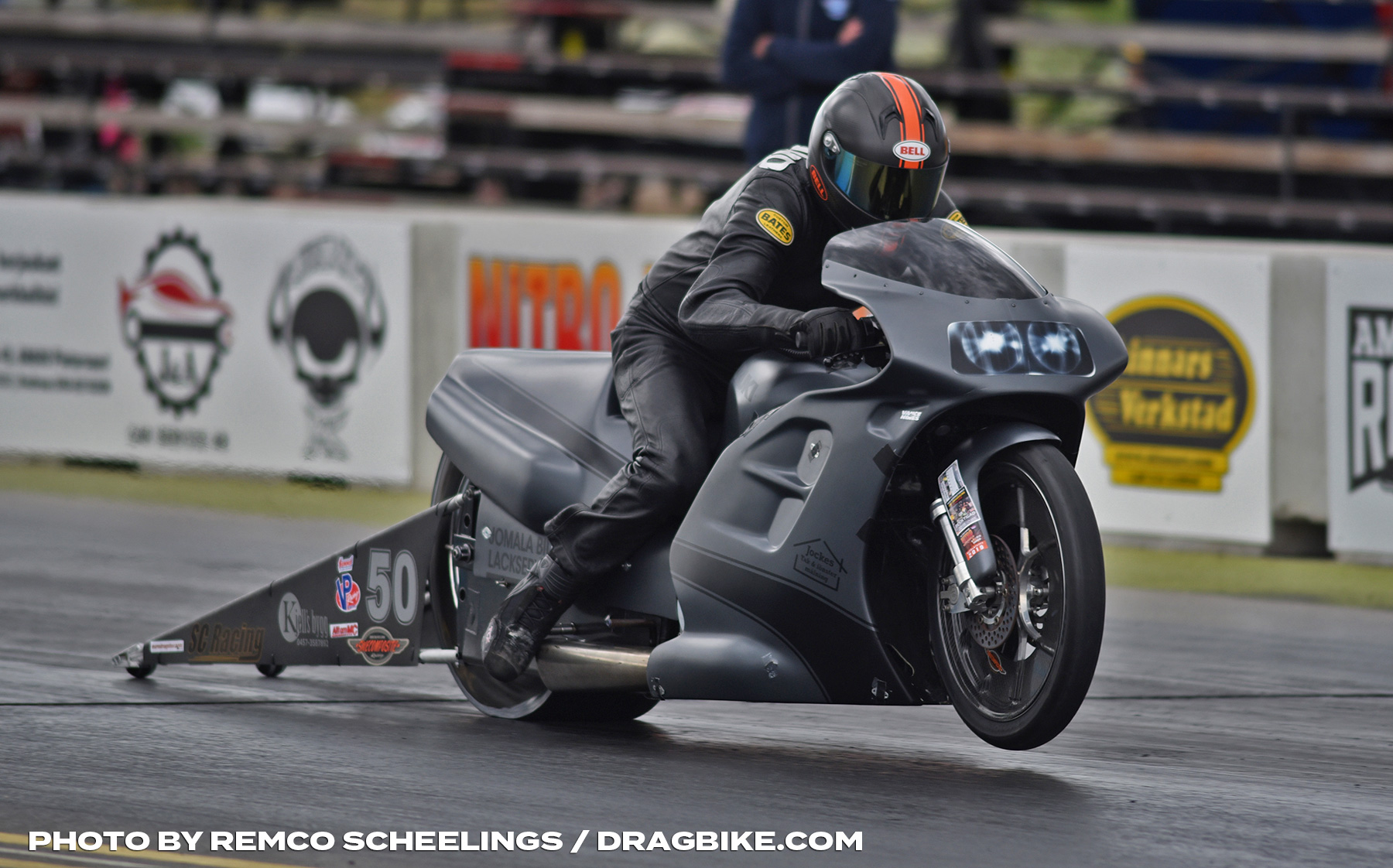 In Super Street Bike there was an all Finnish final as well. Number one qualifier Vesa Ruhanen didn’t make any mistakes and after defeating Mark Hope and Mogens Lund, the Finnish rider was in the final. On the other side of the elimination ladder there was a major upset in the first round when number seven qualifier Ida Zetterström defeated the number two qualifier Stephan Mead. In the semi-final Zetterström surprised Alex Hope as well and advanced to the final. But in the final the female rider from Finland couldn’t surprise again and in 7.14 seconds Ruhanen claimed the win, his second consecutive victory of the 2019 EDRS Pro Nordic MC season. 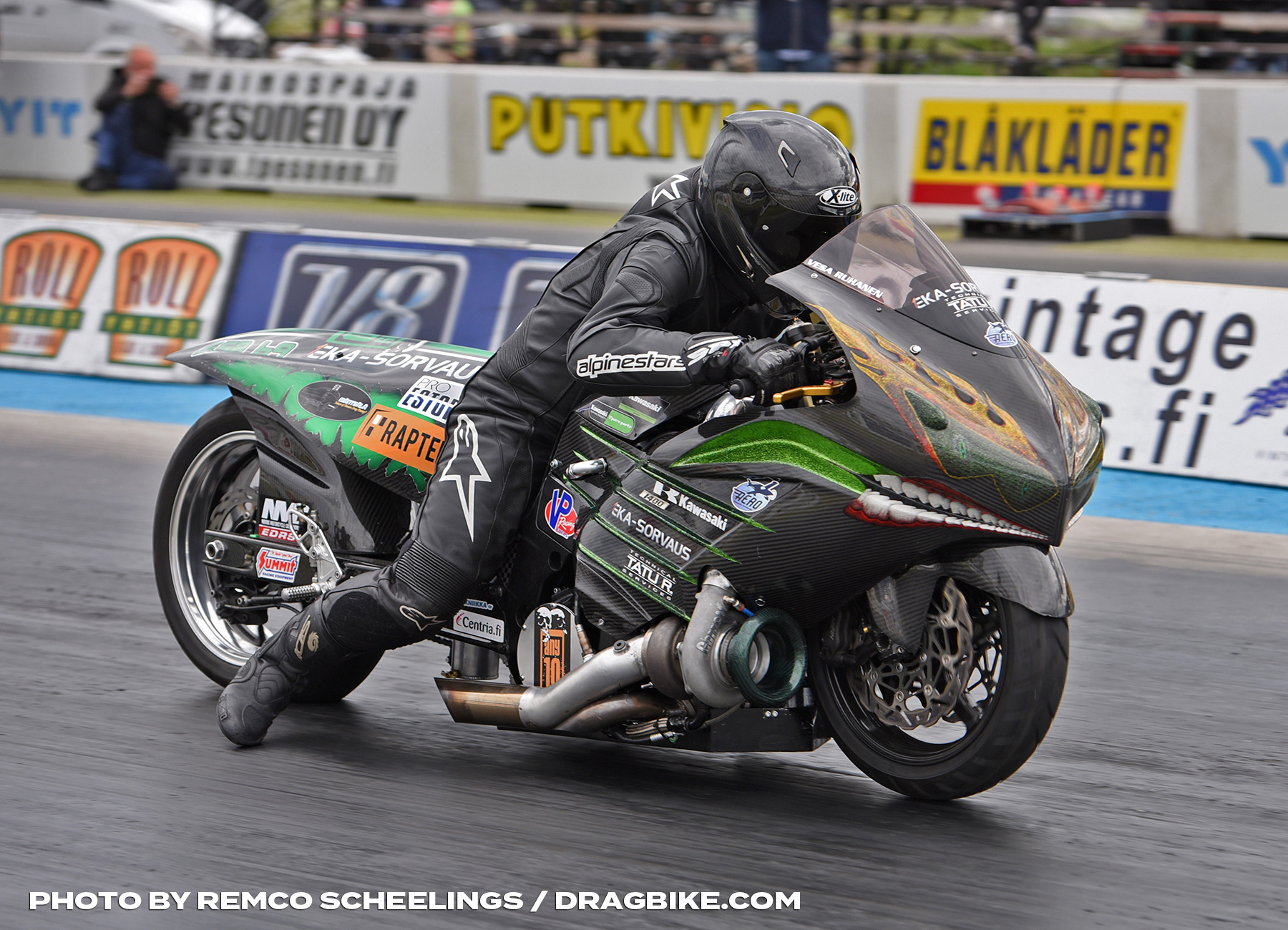 In Super Gas Bike and Super Comp Bike the finals couldn’t be run as there is an 8 PM curfew in Kauhava and some rain during the day had caused too many delays to finish the whole program in time.

For all results and points standings visit http://www.dragracingeurope.eu/edrspro/ 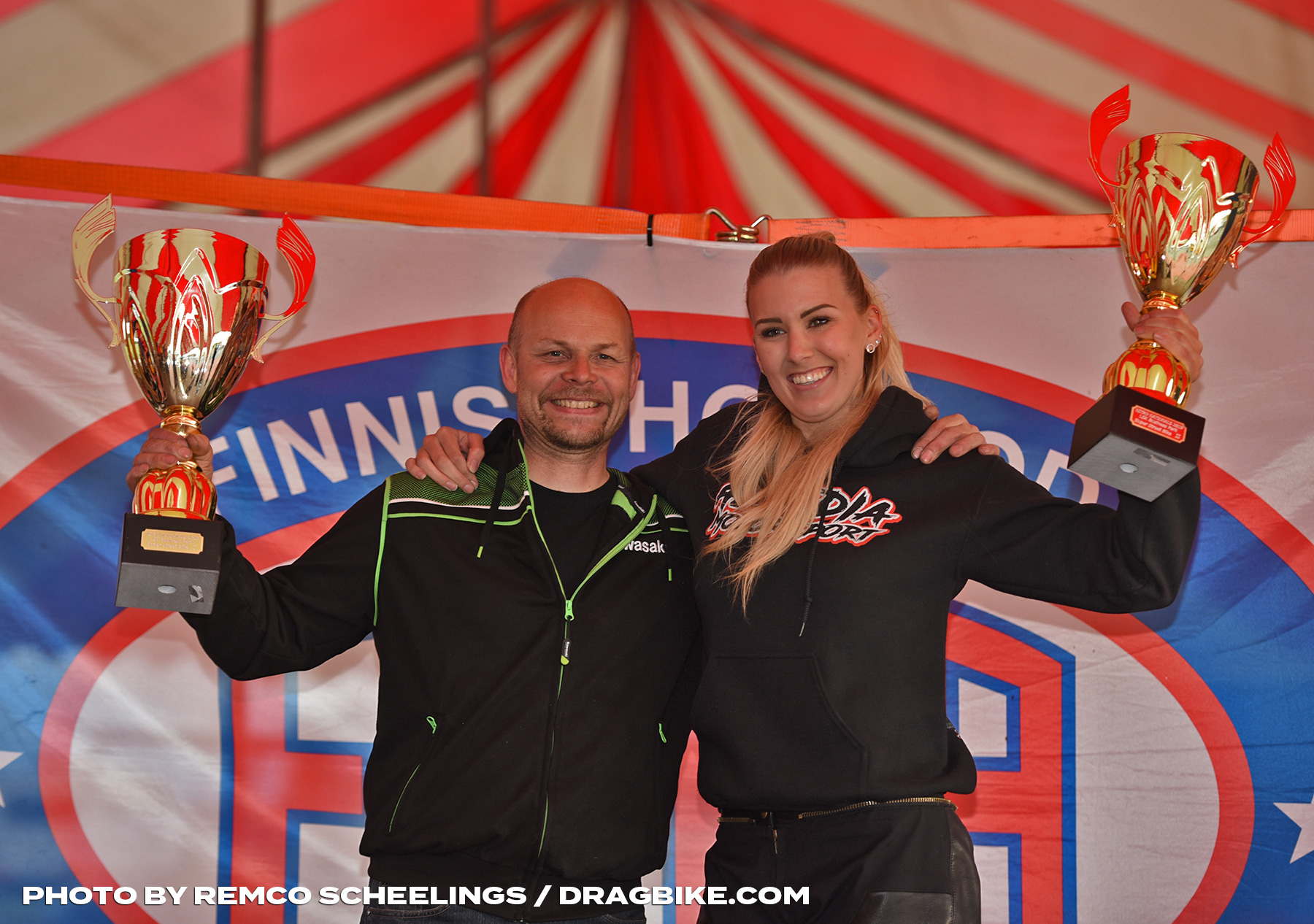 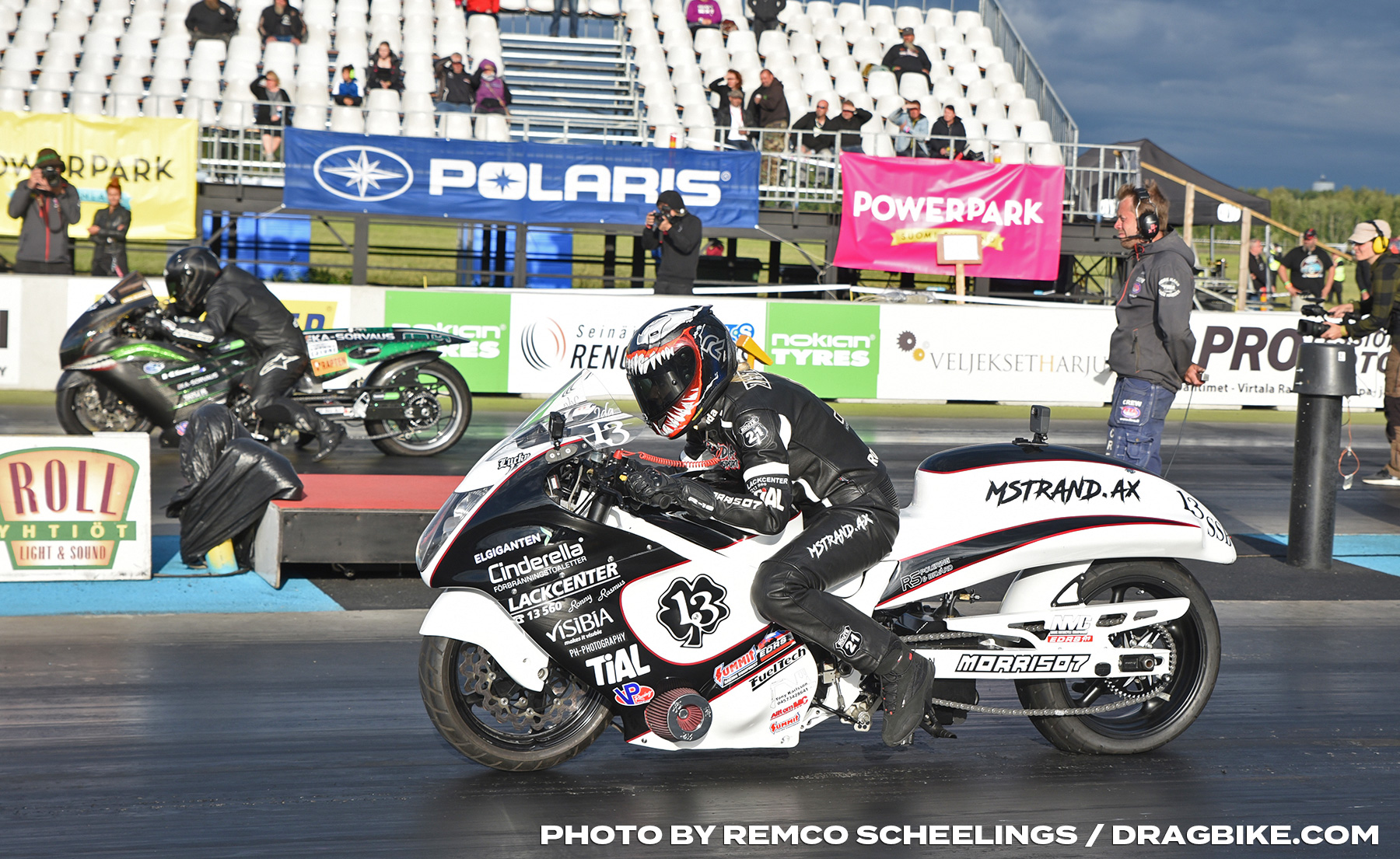 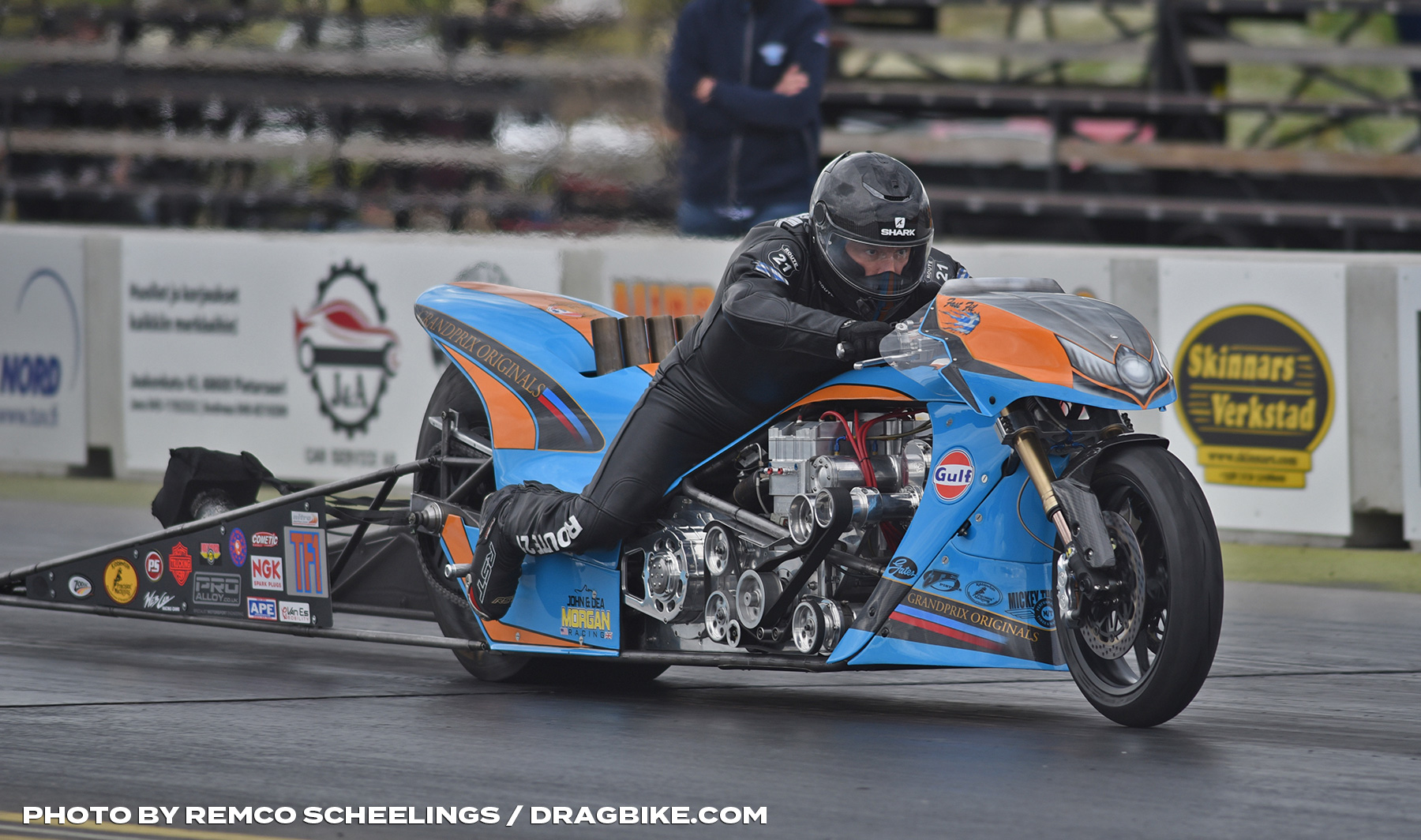