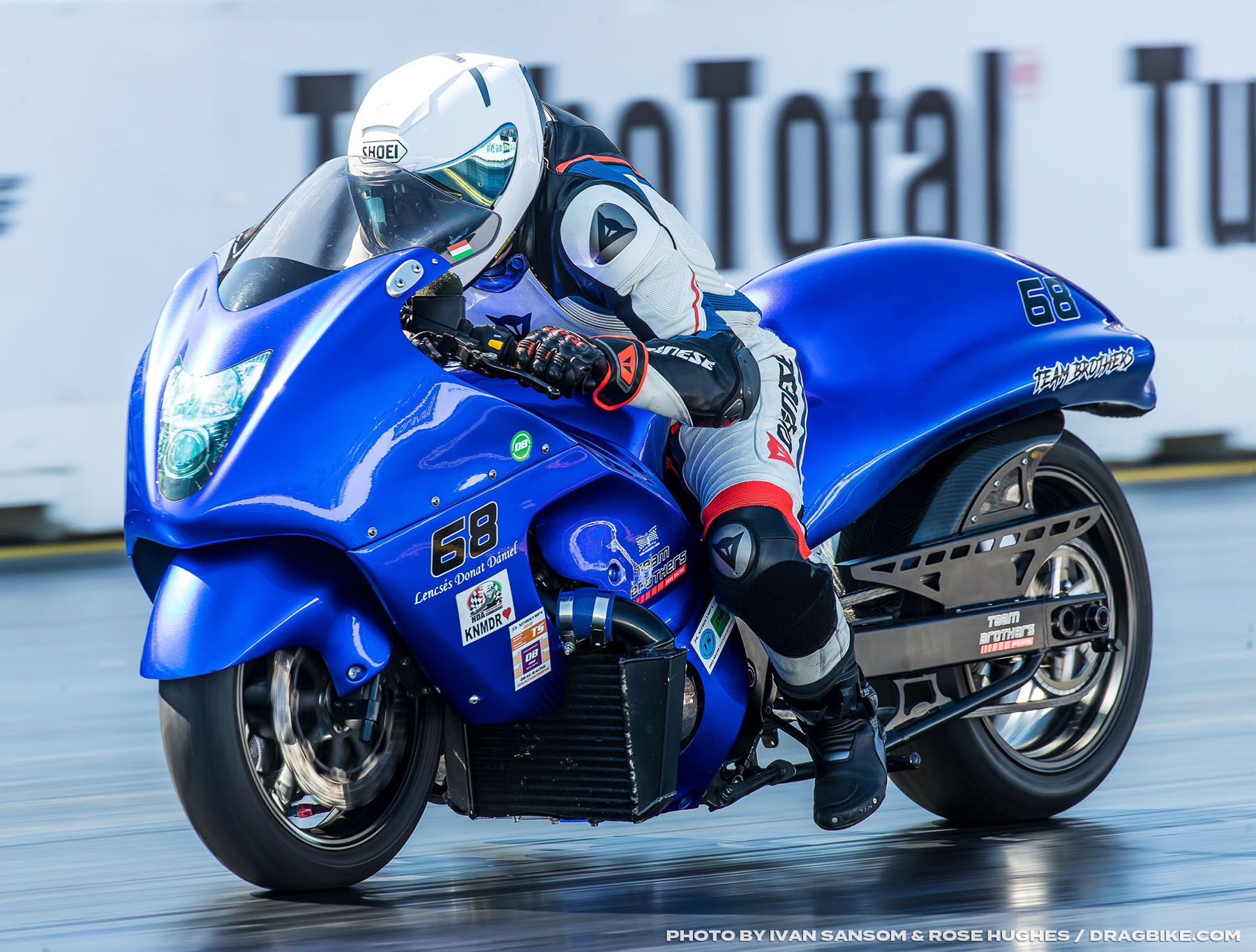 Although the late lifting of travel restrictions has prevented the traditional European invasion of the Man Cup World Finals, there will be a small smattering of spectators heading to Valdosta, along with new comer to Man Cup competition in the shape of Hungary’s Dániel Donát Lencsés. 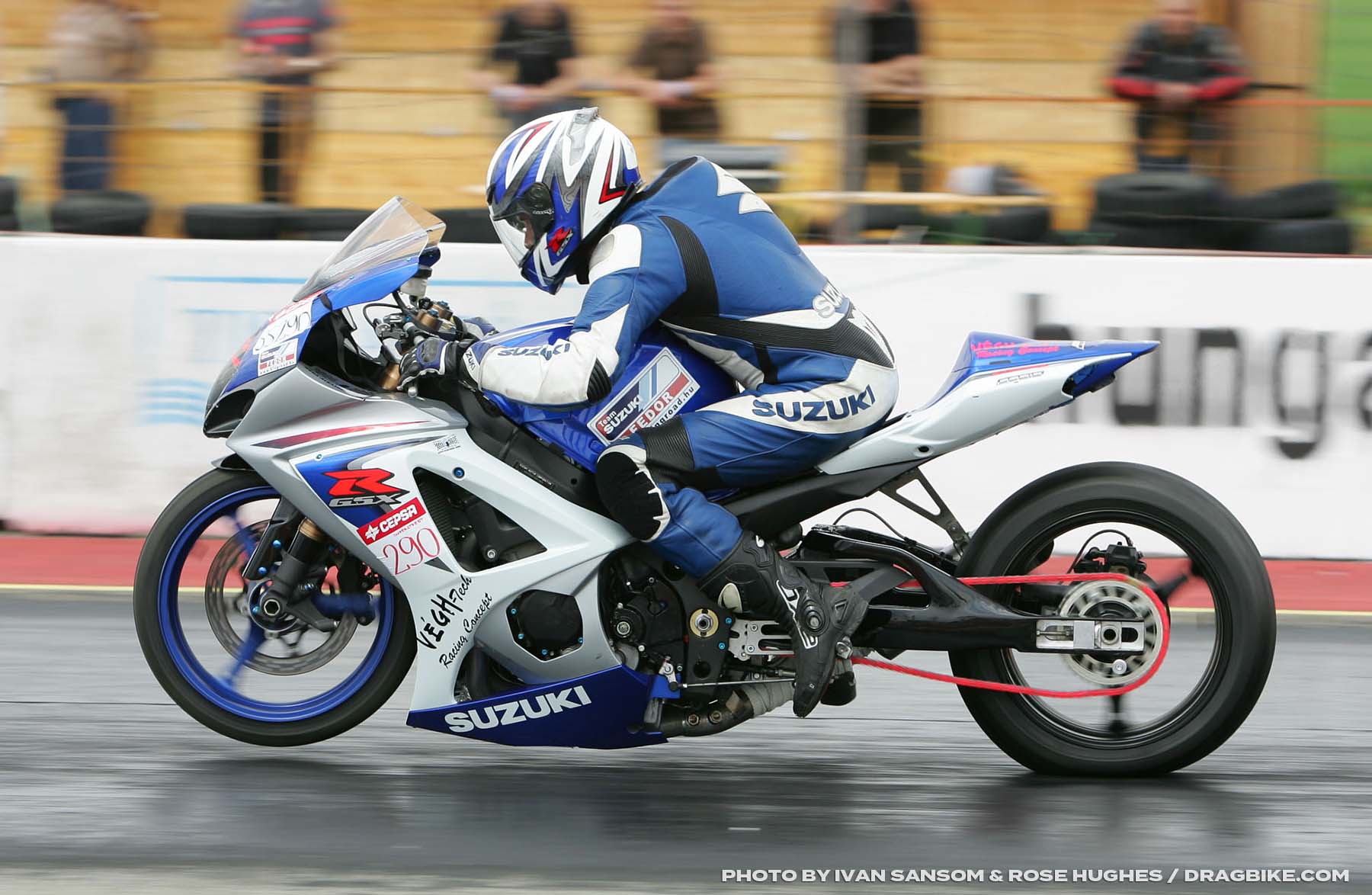 Dániel has been a familiar figure on the European scene, initially competing in street classes in central Europe culminating with an eight-second GSX-R1000, before purchasing Dave Smith’s ‘Bounty Hunter’ Hayabusa in 2013. 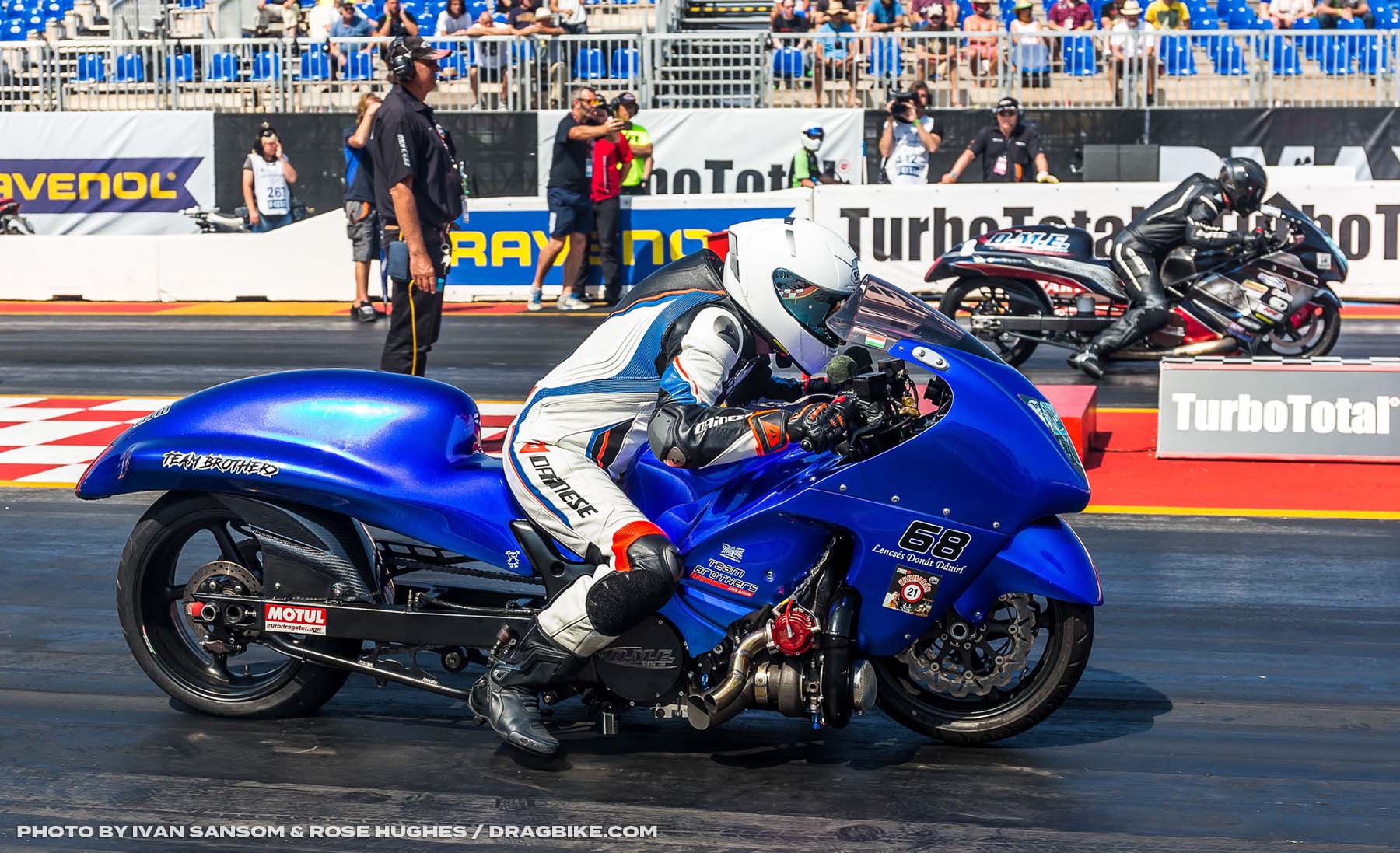 The ex-Smith Busa was a proven performer (the first ACU/FIM Super Street Bike over 200mph) from the start.  Since the purchase, there have been many performance upgrades, including moving to a side-mount turbo. With a combination of riding experience and performance upgrades, Lencsés has propelled into the sixes with a best of 6.941 (currently ranked 7th in Europe) and close to 210mph runs while being a consistent top ten performer on the FIM European stage (4th in 2017). This comes despite a lot of Dániel’s competition being undertaken in the UK at Santa Pod Raceway, some 1,100 miles away (that’s 19 hours of driving one way) from his Hungarian base. 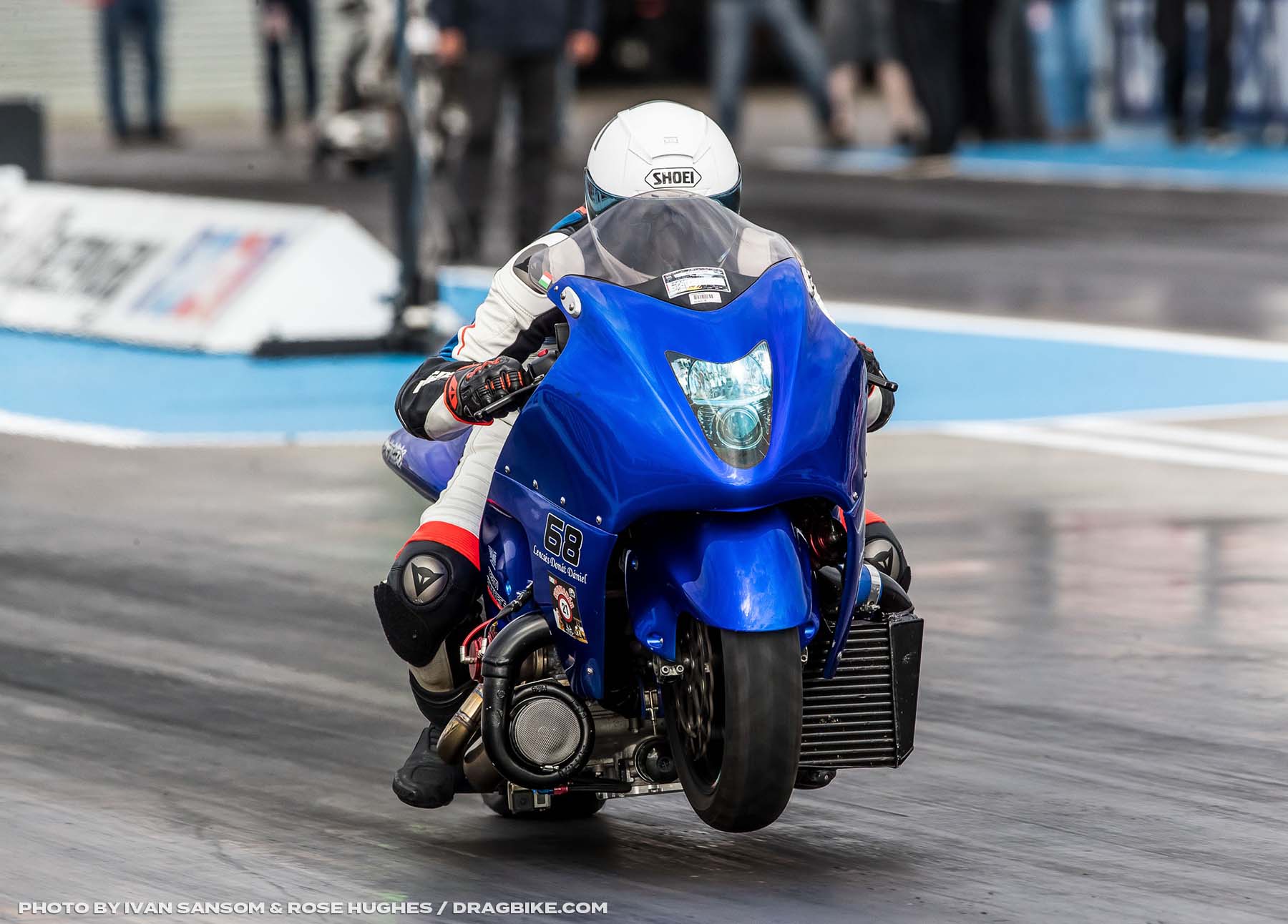 After an enforced hiatus, while Europe emerges from the ravages of the COVID pandemic, this weekend Lencsés will be a lot further away from home to shakedown his NEW Hayabusa built by Dimey Eddinger and Andy Sawyer of DME Racing. “My aim for the weekend will be getting comfortable with the bike. We are and hoping for some good ET’s, it’s difficult to say a target for the weekend,  but sixes would be good!” 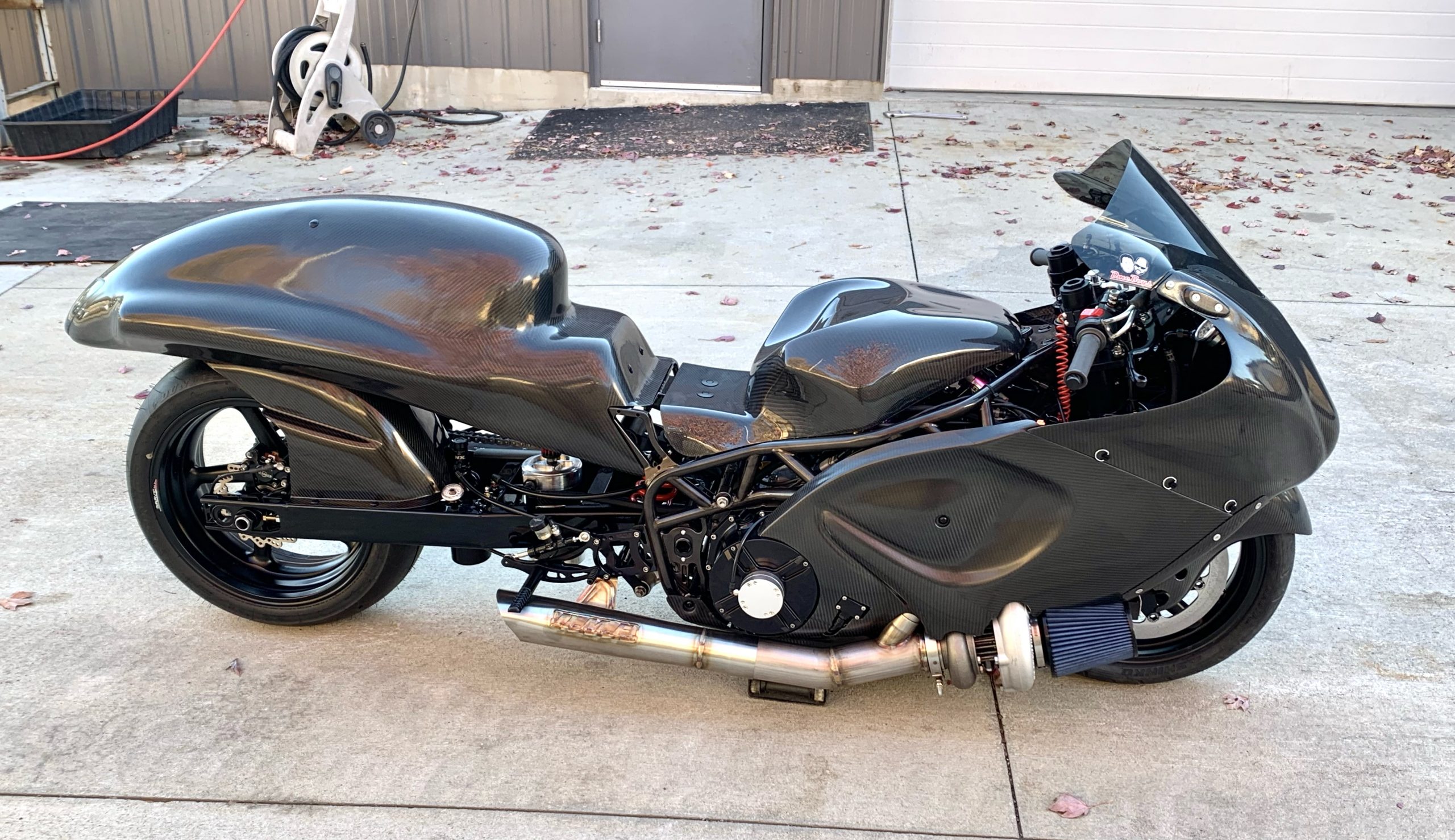 After the Finals, the bike will be shipped to Europe to further develop the methanol-fuel combination as they prepare for the 2022 motorcycle drag racing season.  Daniel noted, “fingers crossed that situation with covid turns better, and there will be a whole season of racing next year”. 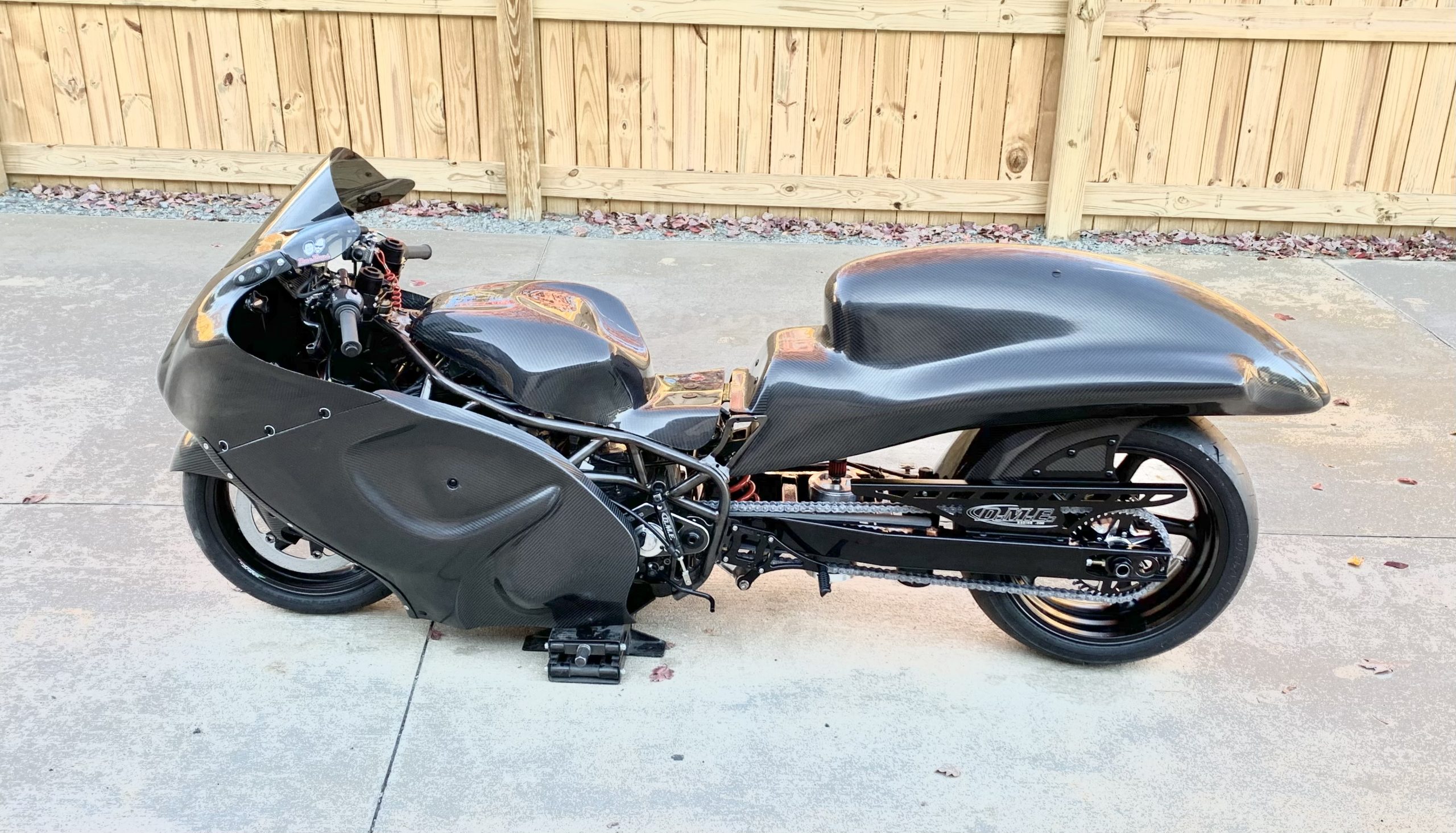 With a new mount, the Hungarian could be a major championship contender in 2022 and will no doubt be pushing current European standout Steve Venables in a DME vs. DME duel translocated across the Atlantic!

Stop by the DME Racing trailer on the Midway this weekend to welcome Lencsés and see his brand new build!