The crisp spring weather couldn’t have been better as the Midwest’s largest motorcycle drag racing series took over T.T. Jones’ Huntsville Dragway for the NHDRO April Season Opener. A lively crowd from all over northern Alabama and south Tennessee came to see what Brian and Niki Welch’s Yankee NHDRO series had to offer. What they saw was a major win by the home team. 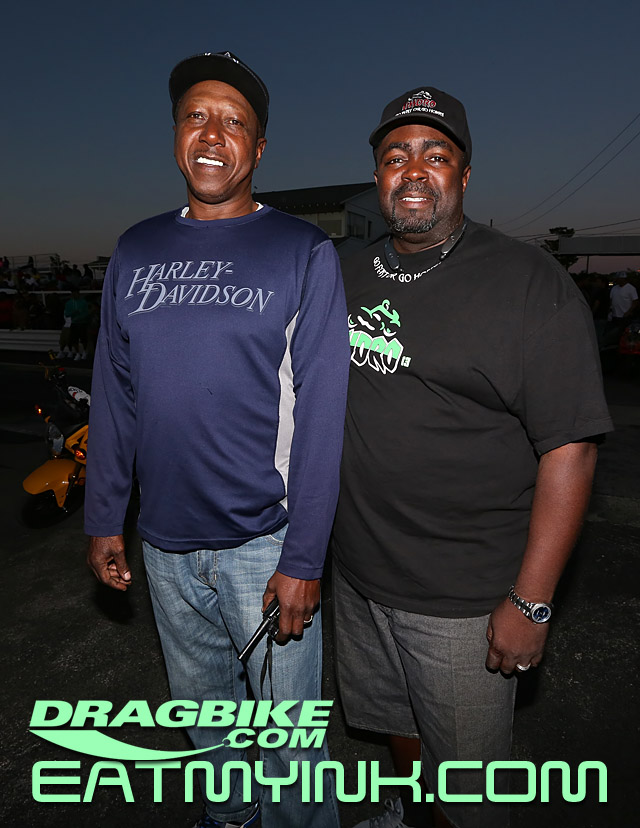 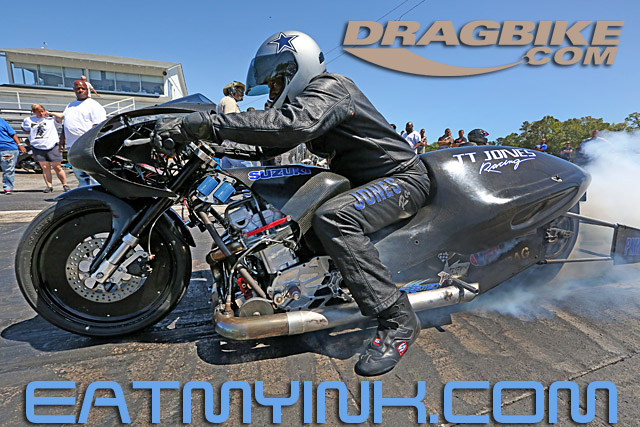 But Garner-Jones broke the clutch hat on raceday, while Gadson improved to a 4.06. It was with great confidence that diminutive Gadson faced big rider T.T. in the final, so it was a perplexed Lil’ Richard that looked over his redlight timeslip later while T.T., wife Angelia, son/tuner William, and the whole family celebrated in their own winners circle.

Gadson wasn’t the only final round favorite that went home disappointed. Justin Doucet and Derek Miller had their Two Wheel Werkz/ HMH Motorsports turbocharged Suzuki Hayabusa set on “kill” all weekend, qualifying number 1 in McIntosh Machine & Fabrication Pro Street with a 4.65 at 167 mph on Hunstville’s eighth mile. “Mothug” Doug Gall was a step behind with a 4.66 at 168, followed by Quicktime Motorsports’ Rudy Sanzottera with a 4.67. 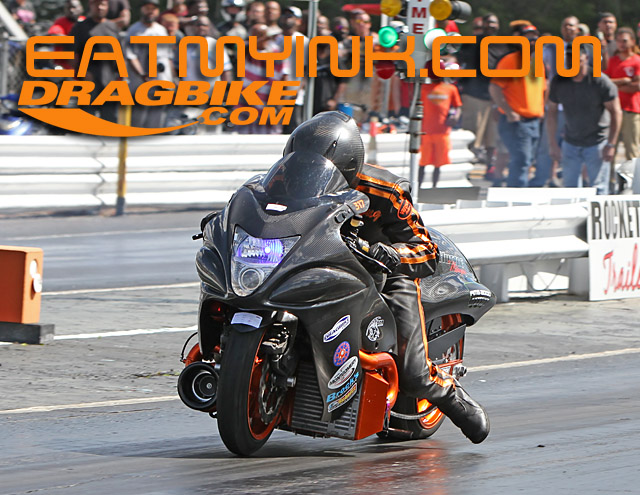 So it was a tight field that entered raceday, where Doucet improved to a .64 and faced fellow finalist Gall. But weather that had been dry and moderate turned suddenly hot under the relentless Alabama sun. “Track temperature’s gone way up,” noted a worried Miller as he rolled Doucet to the waterbox.

And indeed, Doucet’s tire spun like it hadn’t all weekend after nailing a stunning .004 light. But Gall was struggling with an opposite problem in the right lane, wheelieing through most of the eighth mile. In the end it was Gall’s winlight that came on with a 4.75 to Doucet’s 4.81. 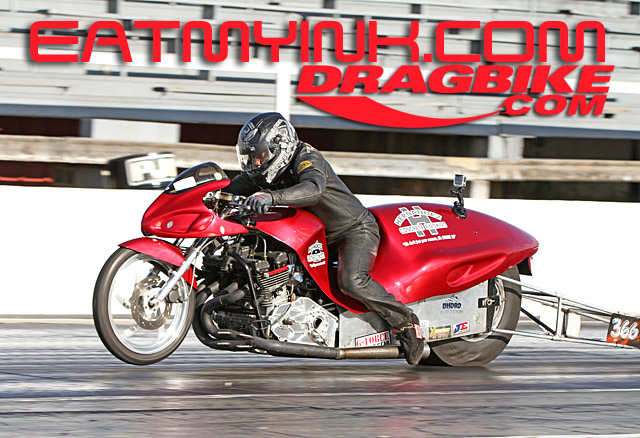 As what happened in Pro Open, the Quicktime Motorsports/Lindeman Performance Pro Ultra 4.60 win went to a local team, and also at the expense of Nashville’s Fast Time Motorsports. Decatur, Alabama’s Mantez Thompson ceded the tree to Fast Times’ Chase Morris .023 to .018, but took the stripe 4.65 to 4.69.

NHDRO double champ Dustin “Tennessee” Lee took home two wins from Huntsville— Crazy 8s and Millennium Trailers Super Comp. Ben Smiley’s .130 light doomed his final round campaign from the start, with Lee’s .037 and 5.79 sealing the deal in the 5.70 index on the eighth mile. 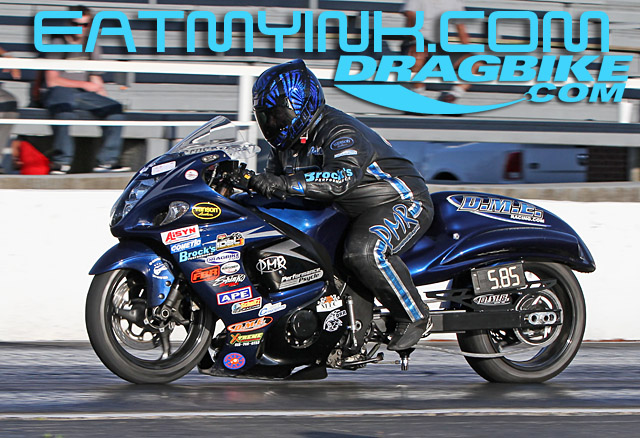 The startling consistent Lee also had an .037 light in the Super Comp final, though this time .003 slower than that of opponent John “Spooky” Markham. But it was dragbike.com’s BAMF Lee who ran the number better, running 5.61 to Markham’s .63 for the win. 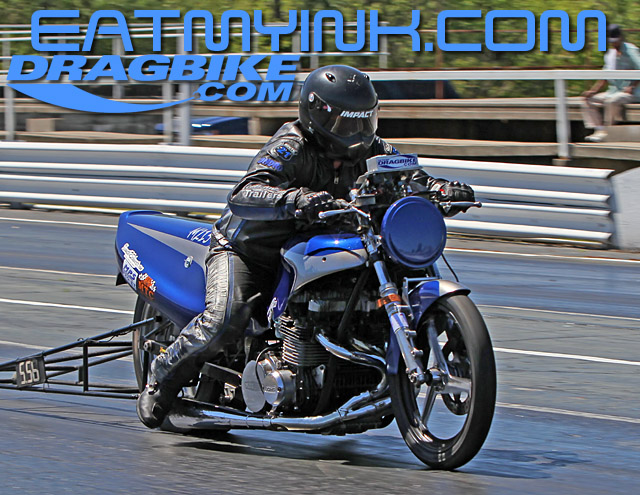 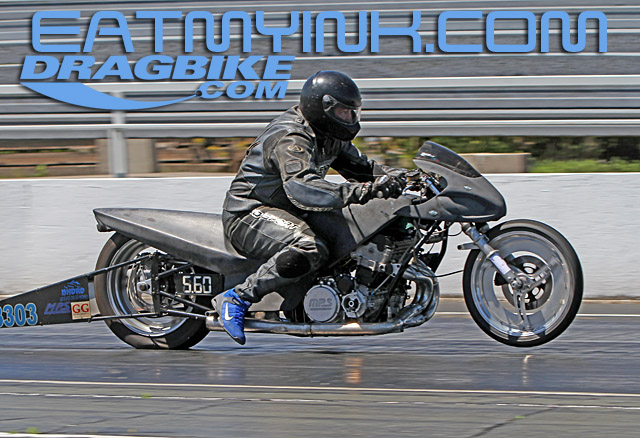 “Kounselor” Kenny Schwartz stopped fellow St. Louis area racer Heather Baldi’s relentless march of 5.10s in the G&G Metal Spinners Top Gas final. Only .002 separated the two at the tree, but Baldi dropped off with tire shake to a 5.16 while Schwartz ran 5.15 for the win. 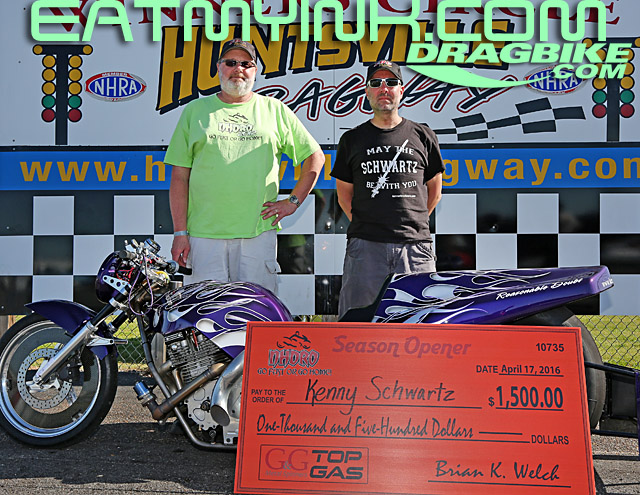 Ben “Hardest Working Man in MC Drag Racing” Knight took the tree in the 2015 Route 21 Street Fighter final, but lost anyway to Blake Parker in a double breakout race. “I didn’t stick to my game plan,” reported Knight. “I knew we were both going to break out and I was just going to lock it up at about 550, but I also knew I treed him so I tried to take the stripe. I think I took .02, but needed .015 or less.” 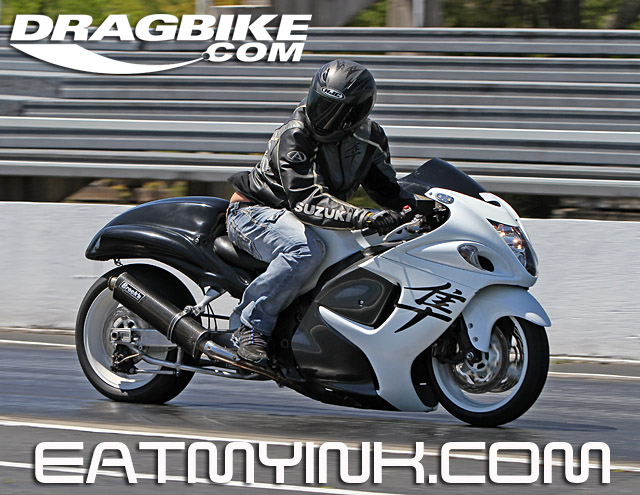 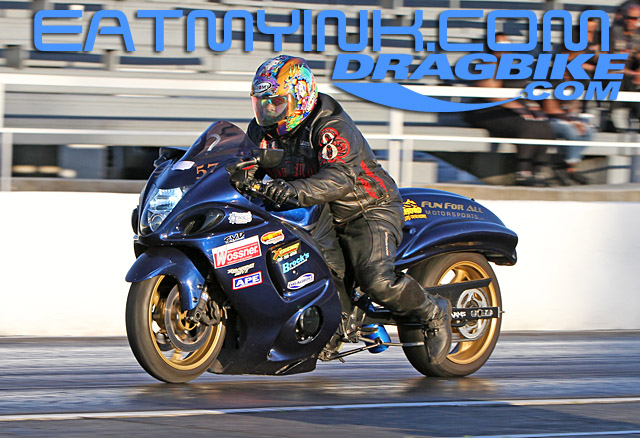 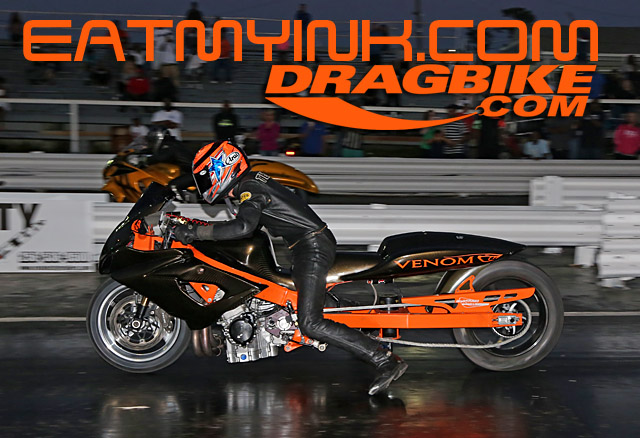 Everyone with NHDRO and Huntsville Dragway raced with heavy hearts as beloved fellow racer Eldred “BayBay” Yarbrough succumbed to severe burns suffered a month earlier in a car race in Georgia. Ron Arnold and Dustin Lee donated their winnings to the Yarbrough family to help with medical expenses, and many #BayBayStrong t-shirts were sold. 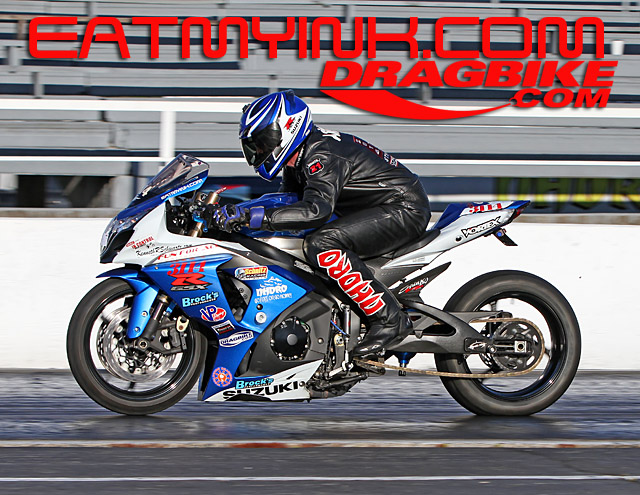 Brian and Niki Welch look forward to returning the NHDRO to their home track of Lucas Oil Raceway in Indianapolis for the May Bike Fest on May 13-15. 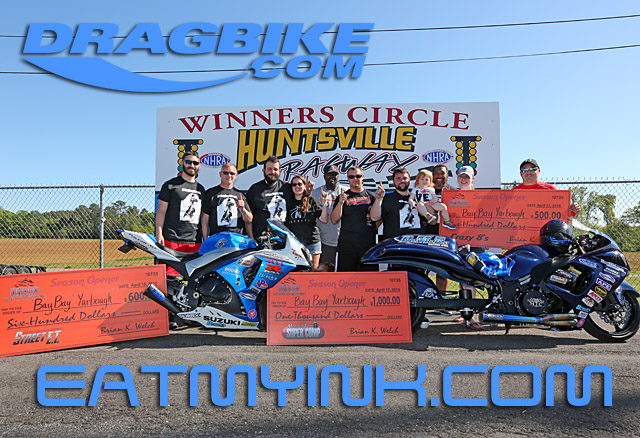 This report was prepared by Tim Hailey of www.eatmyink.com