Envision if you can, something so enjoyable, so entertaining; you need to do it again and again for 50 years. That’s what’s happening with the Truett & Osborne Drags on August 20-21, 2022, at Kansas International Dragway, in Maize, Kansas.

Most every major motorcycle drag racer you can name, at one time or another; they’ve all raced at, or wanted to compete at: the Truett & Osborne drags, a truly legendary event. It all began with two Kansas based Harley Davidson drag bike racers, Bonnie Truett and his riding, racing partner Paul Osborne, during the latter part of the 1960’s.

By 1970, they together opened up the Truett & Osborne Cycle Shop in Wichita, Kansas, where they specialized in making hot-rod parts for Harley Davidson go-fast people. Flywheels and stroker kits were some of their most notable high-performance goodies, as well as complete rolling chassis hand-crafted by Bonnie Truett, who himself, was a very accomplished, prolific racer.

Not long after Bonnie Truett and his business partner Paul Osborne opened up their speed-shop, they decided it would be a good idea to sponsor and grow the sport in the local area, by hosting an annual motorcycle drag racing event as close to home as possible. This gave rise to the annual Truett & Osborne Drags. Now here we are, 50 years later, and it’s still happening.

The pre-entry list for the nitro bikes is a strong one indeed. The known racers or teams that have committed to being in competition for the event weekend include, but are not limited to in the following classes:

This historic event, it’s only fitting that legendary Harley Davidson nitromethane burning royalty be present for the send-off. Special Guests of Honor: Pete & Jackie Hill, will be present, seated right beside “Big Mo” Marion Owens. Also their magnificent Top Fuel bikes will be on display throughout the event. Close to two-dozen nitro burners should be in the pits at the start of the event. 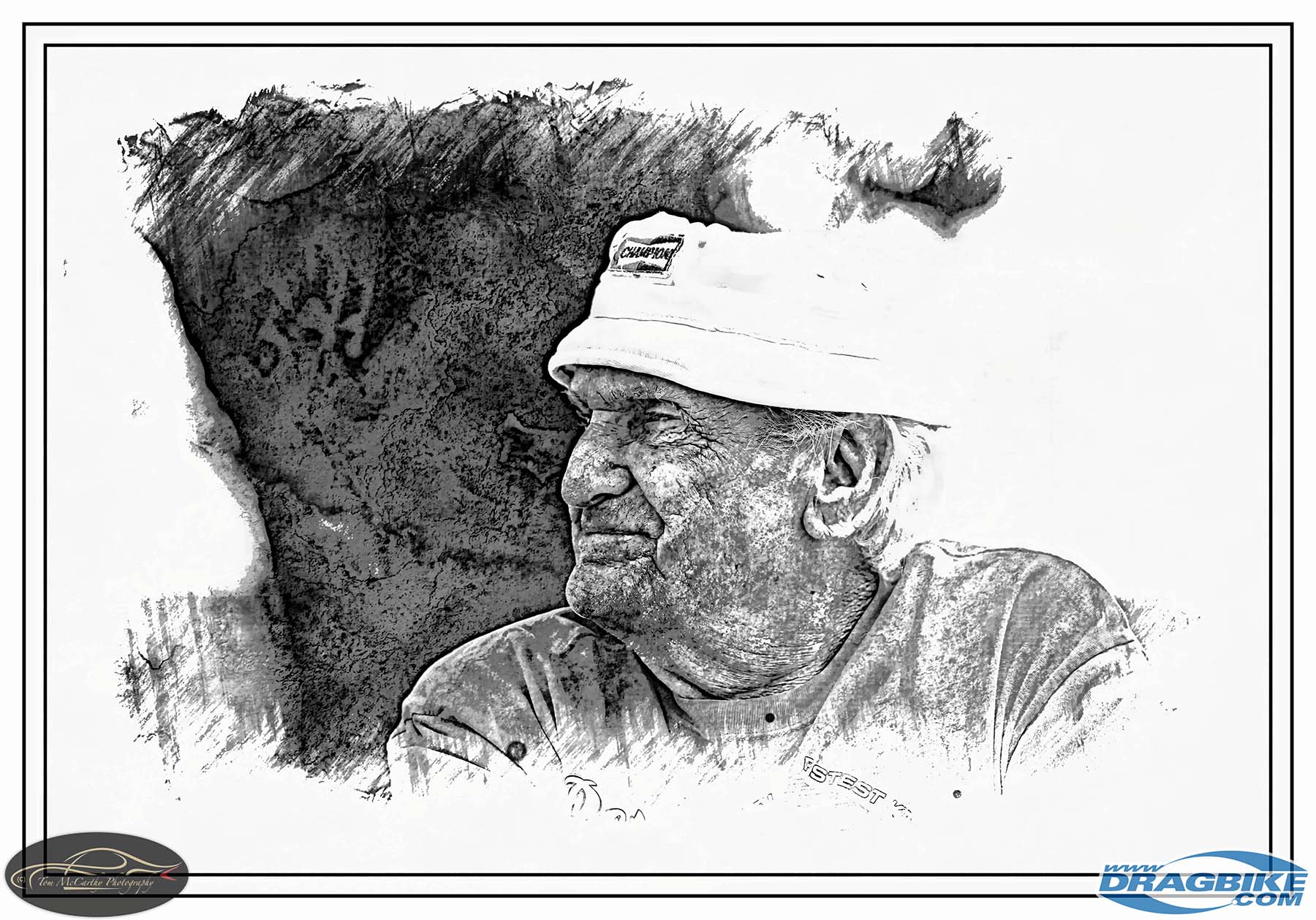 Pete HillBonnie Truett and his enterprise, Truett & Osborne, have helped put countless racers and race teams into the high-performance arena during over five decades of existence. Please join this event celebration and come say thank you to a family and enterprise that has supported our racing community since the sport grew to popularity.

The same must be said for the presence of Marion Owens, his family and of course Pete & Jackie Hill. While we could go on and on gushing about all the National Records Pete & Jackie set, or the ones Marion & Kathy Owens shattered and re-set; it’s far more important to state that the two giant families of Top Fuel set a standard for today’s Top Fuel motorcycles to follow. And they did it during an era when everything was built, not bought. The countless hours of machining parts, late night knuckle busting, hotel parking lot motor swaps, 24-hour breakfast eats as dinner: life in the fast lane. They lived it, they defined it and were two of the fastest in the world of Top Fuel motorcycles.

The announcing staff for the event will include Jacob Andrew Green. This will be his 22nd consecutive trip to the Truett & Osborne drags. He will not only be announcing, but racing. His knowledge and skills will add to the show, as will veteran broadcaster Jack Korpela. 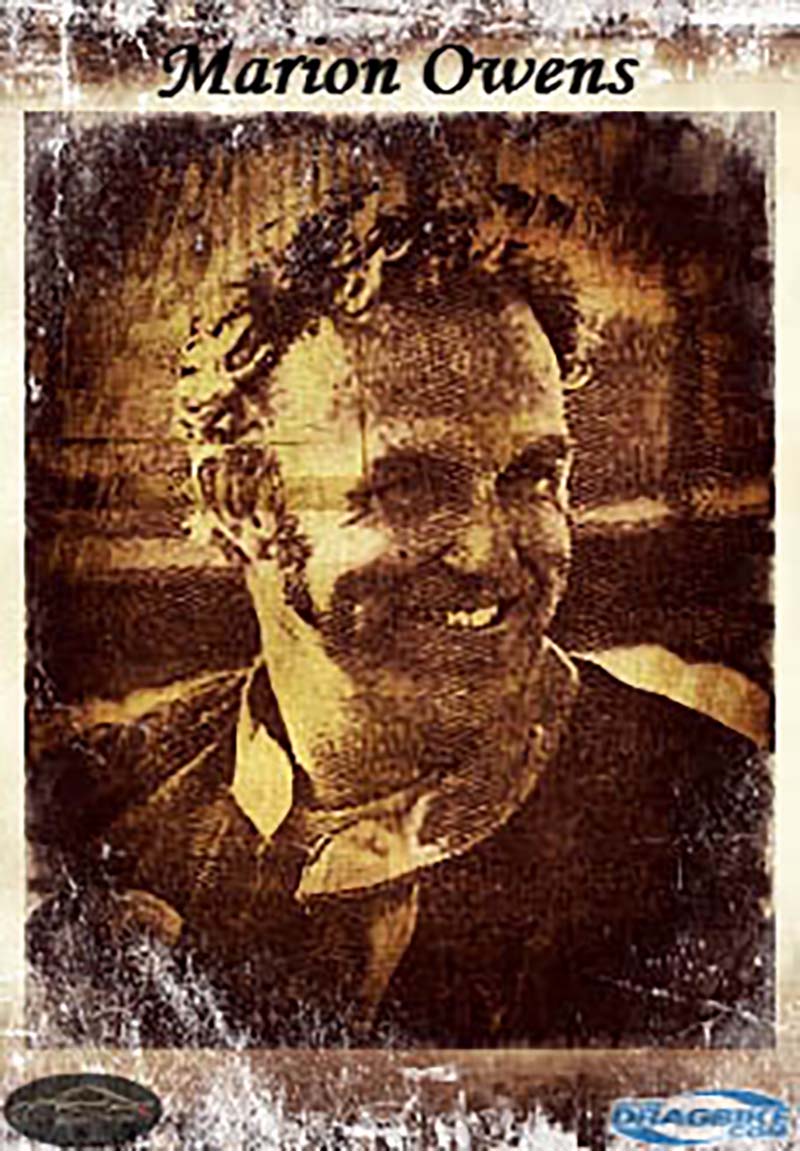 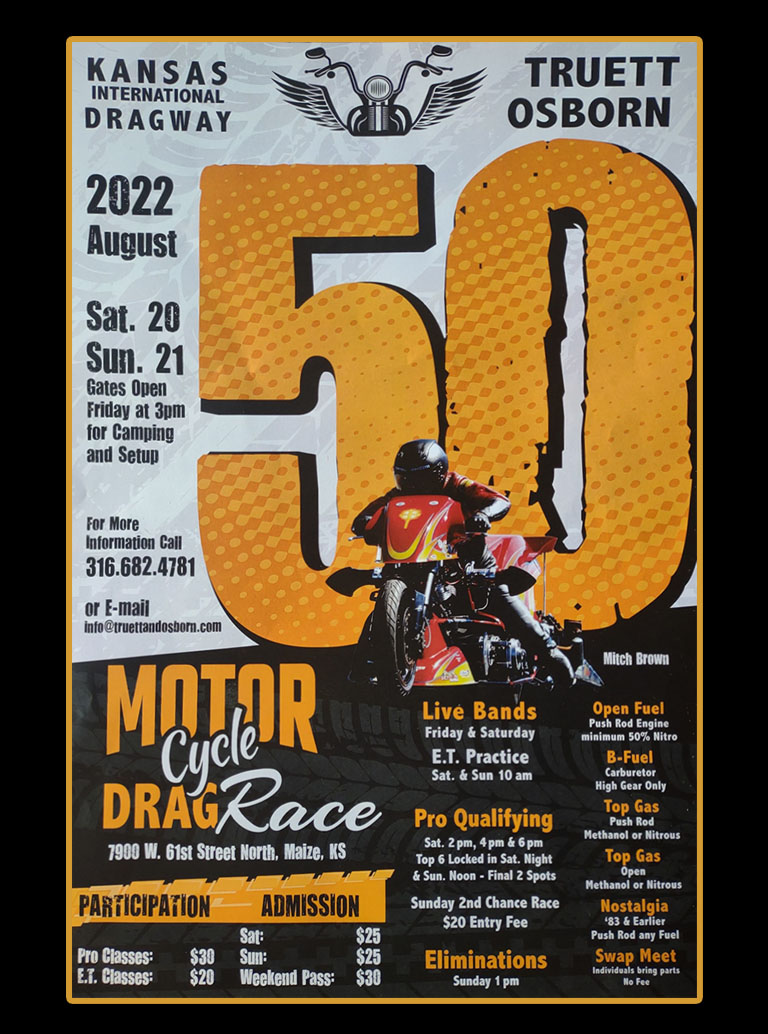