In his fully-equipped, Bloomington, Illinois, machine shop, “Bad Brad” Oehler—Ryan’s dad and engine builder—spent the “down time” hard at work, squeezing more power and reliability out of their S&S, billet, V-twin motors.

And starting with Friday’s test session at Indy, Oehler and his team were very pleased with their ability to apply that power from start to finishline. They weren’t the quickest bike at Lucas Oil Raceway, but their fifth place qualifying position showed they had a good piece to race with. 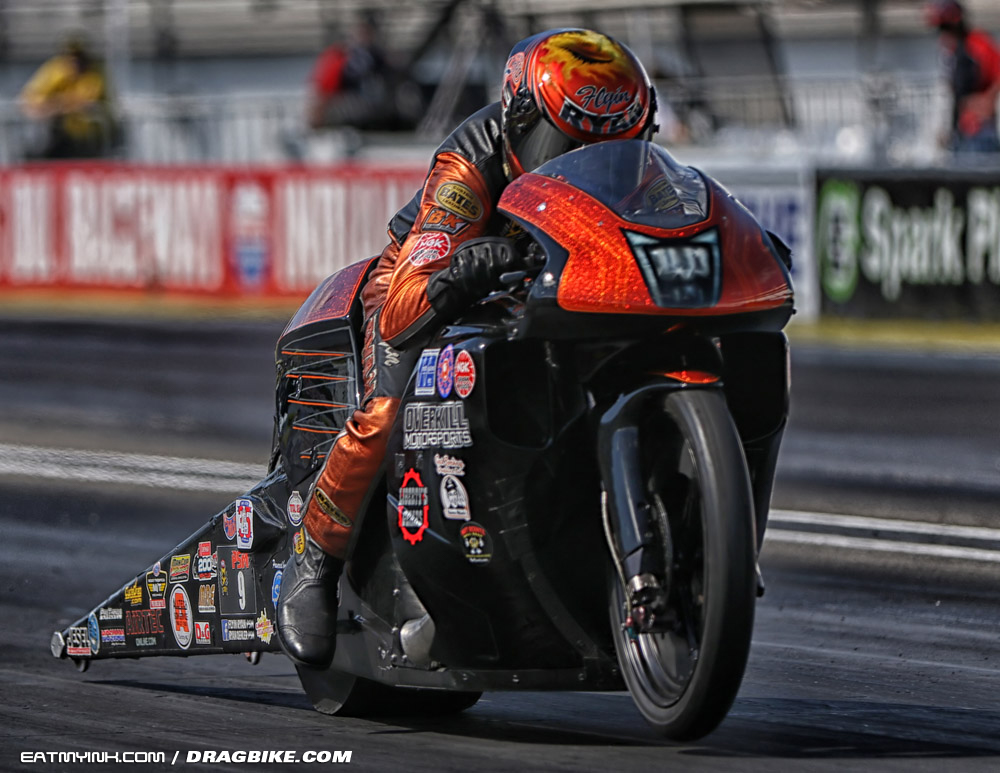 Ryan’s day started with a round 1 win over fellow independent EBR racer Marc Ingwersen. As in qualifying, Oehler’s 6.92 at 196 miles per hour (MPH) wasn’t the round’s quickest or fastest, but was easily good enough to advance.

Oehler’s team was on the receiving end of some racing luck in round 2 when opponent Scotty Pollacheck threw away one of the best laps anyone ran all weekend with a -.001 redlight start, advancing Ryan to the semis.

Now it was really time to show what the B&K Cylinder Heads EBR could do with round-leading, team-best performance. Oil company funded semifinal opponent Hector Arana Jr. took the tree by .009, but Oehler was able to drive around with a quickest-of-the-semis 6.90 at 196.34 mph (both bests of the weekend for the team) to Arana Jr.’s 6.98 for the win and the trip to the final round.

This was Oehler’s first final at a two-wide NHRA event, and it couldn’t have started out much worse. Too late, the team realized the clutch free-play was out of adjustment and as soon as the bike was started, it began pulling Ryan forward. Against an opponent as stout as three-time champion Matt Smith, this seemed like a fatal blow. 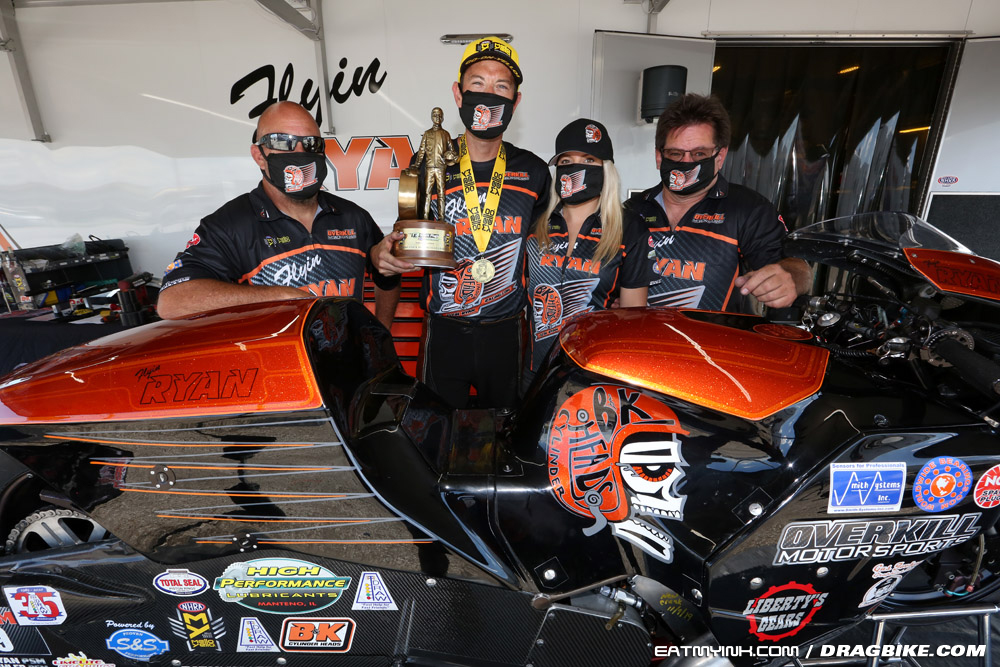 But Oehler kept his cool, holding back as long as possible while staging the bike, knowing that the bike would pull him through for a redlight if he didn’t. It was timed perfectly, with the bike rolling through for a good, green .010 reaction time. Oehler had executed perfectly in a situation that is an Achilles heel for salaried, multi-time champions.

The unusual start made for an awkward launch and poor 1.11 60 foot time for Oehler, and his goose looked cooked. But Smith’s struggles in the other lane were worse. A thrashed engine swap before the final left Smith rolling the dice, and the bike bogged to a 1.15 60. It didn’t get any better for Matt, whose transmission dead-headed and left him coasting across the finishline with Oehler’s winlight flashing brightly in the other lane.

“I really want to thank the coalition of sponsors who help keep this little program going—and winning!” said Ryan, who added: “There’s room for more, corporate America, so climb on board to go fast and get in the winners’ circle!”

Flyin’ Ryan and the B&K Cylinder Heads EBR race next August 7-9 in the Dodge Mile-High NHRA Nationals at Bandimere Speedway near Denver, Colorado.