Arana Jr. got the worst of it, as he was shutoff at the starting line prior to his run when NHRA Chief Starter Mike Gittings determined his Lucas Oil Racing TV Buell was leaking something on the track. Arana Jr. vehemently argued that he wasn’t at fault, but Gittings could not be convinced and disqualified Arana Jr. on the spot. 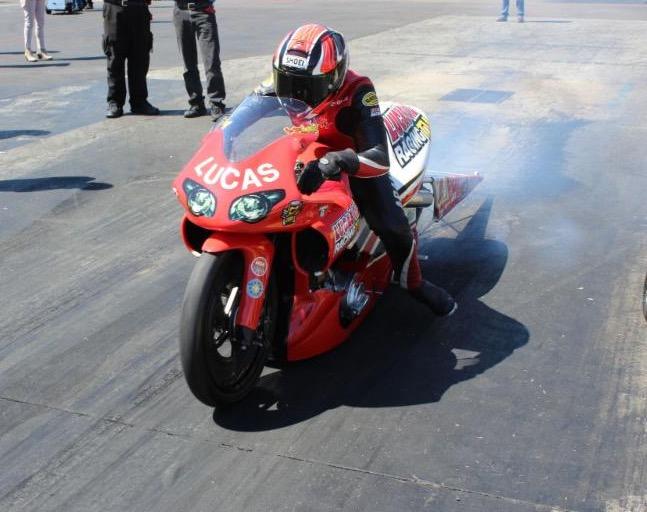 “First of all, I need to apologize to Mike because I was pretty hot when he was signaling for me to shutoff and I acted inappropriately in expressing my point,” Arana Jr. said. “Having said that I still believe the liquid on the track was not from my bike and that whatever it was on the track wasn’t oil anyway so I don’t understand why I couldn’t have made a run.

“It’s just really disappointing because we obviously had the bike running strong this weekend, we had qualified in the top half of the field, and we felt we could seriously make a run at the trophy. My emotions run high because this means a lot to me.

“At this point there is nothing we can do but put this whole deal behind us and start preparing for the next race.” 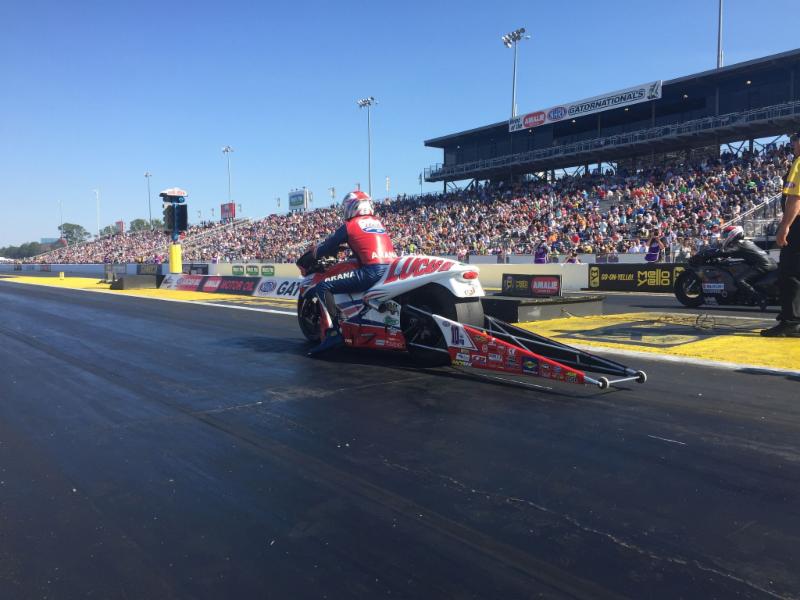 The Pro Stock Motorcycle class has six weeks off before racing again April 28-30 at the eighth annual NHRA Four-Wide Nationals in Charlotte.

The time off should help Arana Sr. cool off a little as well as he DQ’ed himself with a -.007 red-light start. The miscue handed Scotty Pollacheck the win, and for good measure he ran his best pass of the weekend, a 6.876 at 194.41 mph. Adding to the pain of the situation, Arana posted his fastest pass of the event with a 6.819 at 198.50 mph after fouling out.

“I saw yellow and dropped the clutch and the bike just yanked up the front wheel, obviously out of the beams,” Arana Sr. said. “As I passed the Christmas Tree I saw red but I wasn’t sure if it was him or me. I was going through my run like normal and when I had the chance to look up I saw his win light already on so I knew it was me.

“It was still a great weekend. Qualifying our Lucas Oil two bikes fifth and seventh and having strong bikes on race day is very encouraging. We didn’t have any luck today but we have a lot to look forward to this year. Like Hector said, we need to just forget about this result and start getting ready for Charlotte.”