Back in March I wrote about Paul Lee’s Hayabusa getting an upgrade in horsepower by having an intake cam mod performed as well as having some headwork done. The work has actually been completed for quite some time now although I have finally found the time to write about it, but before I get to his power increase I would like to mention a couple of other recent Gen 1 upgrades that were done.

Here is a popular modification to the semi – budget minded Hayabusa owner looking for power.

Michael Tlapa is the owner of a 2001 Hayabusa which was acquired through a salvage auction in 2006 by none other than myself. After he bought the bike Michael added an intake cam, a Brock’s Alien Head exhaust and a PCII which moved him from 154 HP to 171 HP a gain of 17 HP.

I have spoke with some people in the tuning industry who tell me the PCII is restricting us from getting more power and should be upgraded to a PCIII USB at the very minimum. Michael has just purchased one so I will write an update after it is installed. 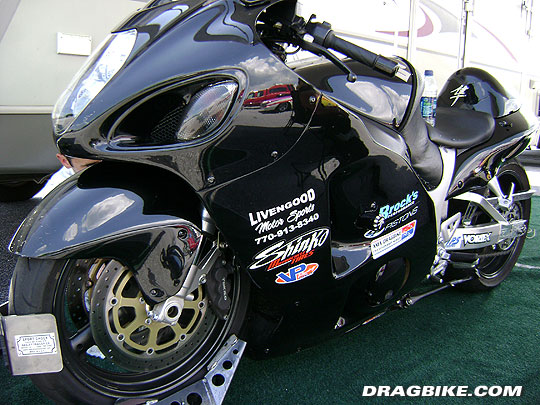 The intake cam mod and the Brocks Alien Head exhaust cost in the neighborhood of $1,700.00 including the dyno runs. Keep in mind we removed the engine ourselves for the intake cam mod and installed the exhaust system. This would cost considerably more if you were to pay someone for labor to do so. Also, I want you to know the cam mod does not require you to remove the engine, I just find it easier to measure cam clearances and degree the cams when the engine is out of the bike.

The reason I went with this change is because in the “Oh shit!” button mode which takes me from 6 lbs to 10 lbs boost the stock injectors were running at 98% duty cycle. My guess is the injectors looked like a “Super Soaker” shooting into the throttle bodies as opposed to the atomized mist of C-16 they were supposed to be supplying to the cylinders.

Another major difference with these new injectors is the way the nozzle is set up. On the older Hayabusa injectors there is a pintle style needle that allows the fuel to flow through one hole. On the new style Bosch injectors the nozzle looks like a small shower head with multiple holes. This helps create more of a mist as opposed to a squirt gun effect.

I could not help myself and had to add yet another APE part to my engine. I am not quite sure how much horsepower it added but I know for sure I lost 20 ozs. or so in weight. Plus you can never have enough billet items in your engine. 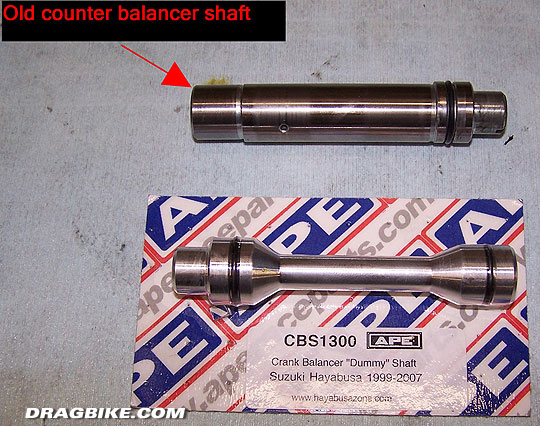 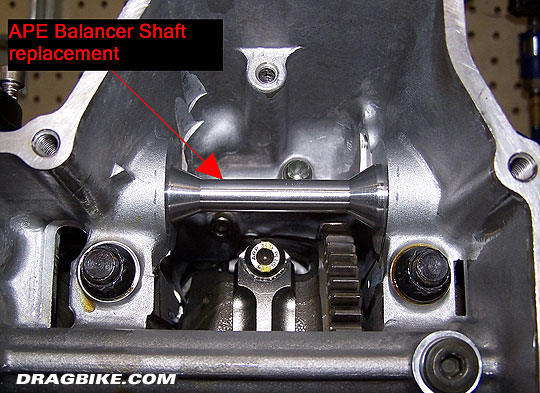 In the first part of the article we last had the bike with 156 hp, running a best of 9.71 in the ¼. After the intake cam mod and head porting the bike tuned out at 190 HP on 93 octane pump gas. I have not ridden the bike since the changes were made but Lee has run a personal best of 9.42 at 144 MPH on it since the work has been done.

Obviously, there are plenty of other modifications that can be performed on the Hayabusa. There is no doubt the biggest bang for the buck is slapping on an NOS fogger kit and picking up an extra 40 HP or more. Then there is always the route I took and coming off your wallet with 4K to add a turbo. (That is only the initial cost of the turbo, trust me, there is plenty more room to spend money once you add a turbo.)

The beauty of the modifications mentioned to Lee’s and Tlapa’s bike is that they can be ridden on the street every day as well as raced. There is no need to fill NOS bottles or monitor A/F ratios after each pass like I do with the turbo. I am also starting to become more enamored by the “all motor” concept. (That was really driven home when I was sworn to secrecy as to the horsepower of the Coby Adams built “all motor” Leonidas grudge bike ridden by Jeremy Teasely at the November 2010 Manufacturers Cup race.) 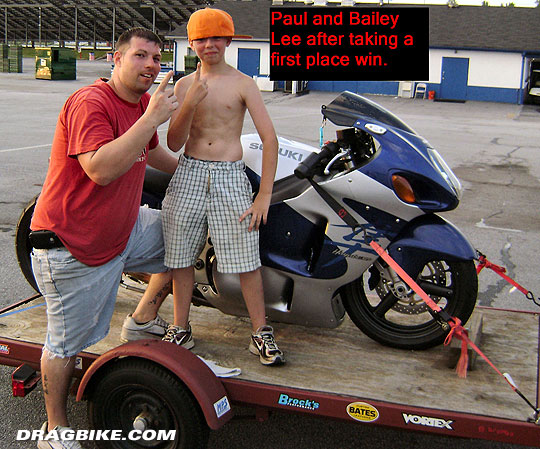 I recently rode a 2005 Hayabusa owned by Clestin Williams which was bored 4mm over with a 4mm stroke. The pistons were definitely compression building oriented when I saw them as the engine was being built. It also had big Web cams with 72 lb valve springs and a multi stage clutch. The bike was all motor and puts out around 215 HP. I was easily running high 9.20’s shifting at 9,500 because the shift light was set wrong we later found out.

So if you want to go really fast there is truly no limit to the combinations available… except your wallet.

The Hayabusa clutch and everything you ever wanted to know about it. If you think I covered tires in depth a few years ago wait until you see this. 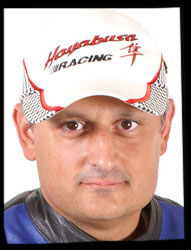 See ya at the track…