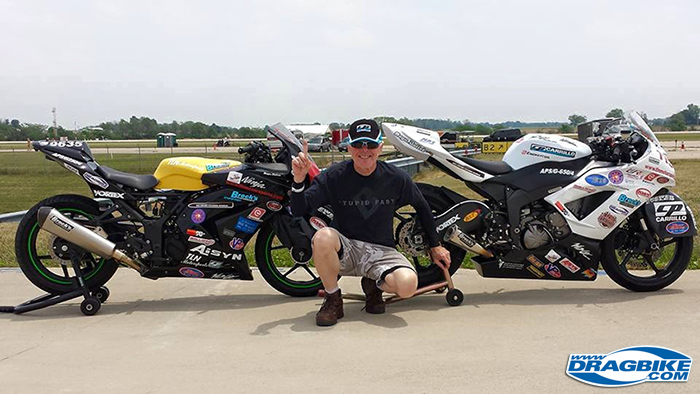 Round 2 of the ECTA’s Speed Trials in Wilmington, Ohio was another huge success for TLN Motorsports. After setting 12 new records in the season opener, they repeated that success with 12 additional records in the June event.

Saturday started with possibly the best conditions the LSR community had ever seen in Ohio. All of the teams were anticipating the chance of big speeds in the morning runs. TLN Motorsports was no different and the anticipation of the 1st run was building. The Kawasaki ZX-6R was 1st up and made the pass with a top speed of 185.9504 mph which was a new class record, but not the speed the team was looking for. The overcast sky was leaving the track cold and there was the issue of wheel spin through the first 3 gears. 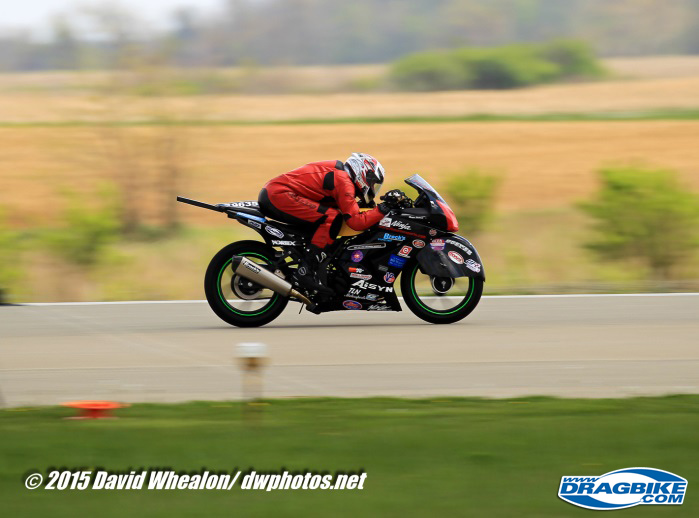 Next the teams Kawasaki EX-250R was up and the bike seemed to be on one of the fastest passes it had ever run. Rider Greg Neal stated he had never seen that bike pull the rpms it was pulling, but the bike shut off short of the traps and coasted through at 81.0519 mph. A disappointing start to the weekend for sure.

The next pass on the ZX-6R also had wheel spin issues, but the run was cleaner and the top speed at the traps of 187.9699 mph was a new record and bumped the teams current World’s Fastest N/A 650cc Standing Mile speed. The old speed of 186.7220 mph was set on the teams now retired Kawasaki ZX-6rr.

The EX-250R was put back in line as it restarted and a quick look over of the bike didn’t reveal any issues. The bike again was on a very good run when at the same point of the run it shut off and coasted through the traps again, this time at 83.2717 mph. It was becoming a trying day with that bike. 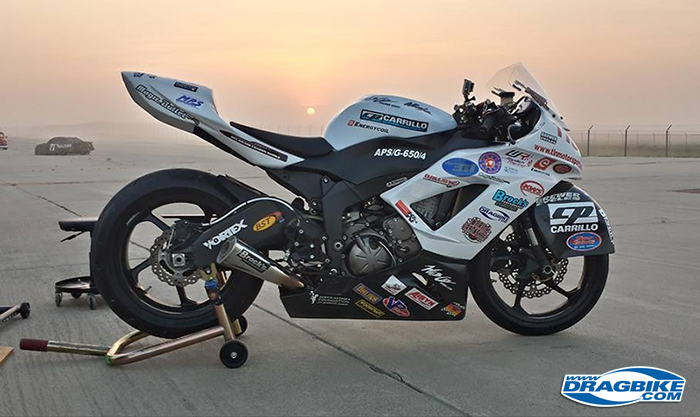 Things were happening fast so we hurried back to our place in line with the ZX-6R. The bike launched well and a short shift to 2nd gear helped with the wheel spin. The bike pulled extremely strong and once again bumped the class World’s Fastest Speed to 188.2058 mph. The team was very excited about that run and began to ask, “Was a 190 standing mile possible today”?

The EX-250R’s issue was found. The fuel line was collapsing on launch and the bike was running the fuel out of the carburetor bowls on the run, then shutting off. The next run on the bike was clean and the bike went through the traps at 109.5424 mph. Not as fast as what the earlier runs seemed to have been, but we were starting to loose air density. 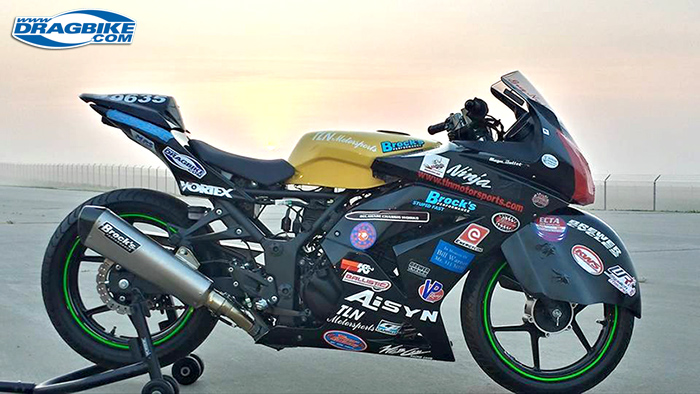 We hurried back to the staging lines and felt that this was the run we had to get it done on with the ZX-6R. Air density was rising and the wind was starting to show some crossing on the big end. The ZX-6R launched hard and again had a little wheel spin, but the bike pulled hard and was on a rail down the Ohio Mile. Rider Greg Neal said “I knew the run was good, but was it good enough”. The suspense was broken as he saw team owner Tracy Neal cheering at the timing trailer. Once more the N/A 650cc class Standing Mile World’s Fastest Speed had been bumped to 190.2748 mph. The 1st and only N/A standing mile 650cc run over 190 mph. It was an unbelievable accomplishment for TLN Motorsports.

Sunday was completely different weather wise. A big headwind and air density was over 2,000 feet and rising. The ZX-6R ran a top speed of 183.2994 mph into the wind for another class record, but the wind was continuing to build. The 250 was bracket racing 101 and 100 mph into the wind. The ZX-6R slowed even more running 178.9265 mph into an 18 mph headwind. It was time to call it a weekend. 12 new Land Speed Racing Records and bumping the 650cc class N/A Standing Mile 3 times had made it a hugely successful event, not to mention it was only the 2nd event for the new ZX-6R. 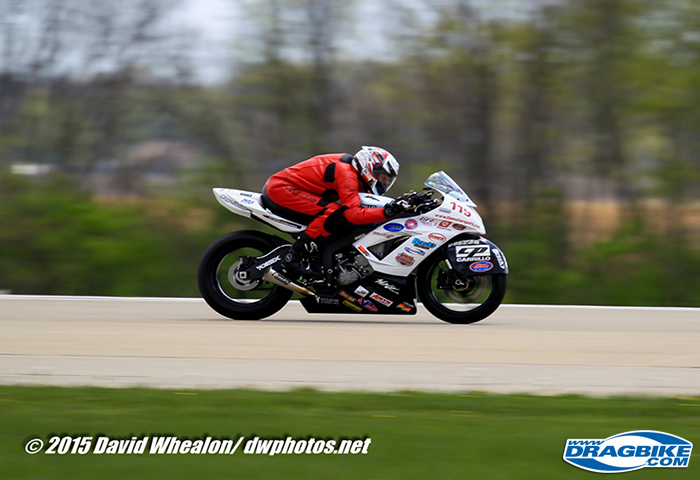 Next up for TLN Motorsports will be the LTA event at the former Loring Air Force Base in Limestone, Maine. There is a big learning curve on what the ZX-6R will like on the big 1.5 mile. There is a lot of data to go over to select gearing and set up for the event. One thing for certain TLN Motorsports will have two strong motorcycles there in Maine.