Hub City Dragway in Hattiesburg, Mississippi, was badly damaged when Hurricane Katrina marched straight up I-59 from the Gulf Coast—still a category 2 storm when it ripped through town. But Hub City’s first post-Katrina event was also the first opportunity in ’06 for the nation’s grudge racers to meet en mass, and many internet forum trash mouths were on hand to warm their motor oil and shake off the cobwebs.

The Fat Tuesday event, running concurrently with the carnival celebrations down the road in New Orleans, featured a mix of cars and bikes making runs in preparation for the big races on Mardi Gras day. Track operator Todd Nace wants to cater even more to the 2-wheeled grudge crowd next year, setting Saturday aside just for them. Sounds like a great February vacation, eh? Grudge racing in Hattiesburg followed by Mardi Gras in NOLA—mark your calendars now!

Here’s a photo sampling of who was in the house at Hub City. 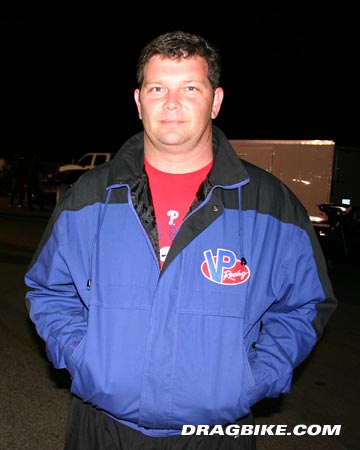 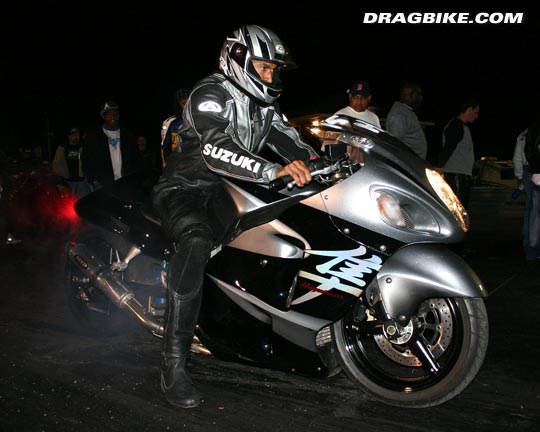 Recognize this bike? It’s the now-internationally-famous “Crate to the 8s” Hayabusa, put together by MSP’s Joe Marasco and owned and raced by Derek, AKA “Squeak”, out of Hattiesburg. Derek calls the bike “T8kover”, and it took over some stacks at Hub City. 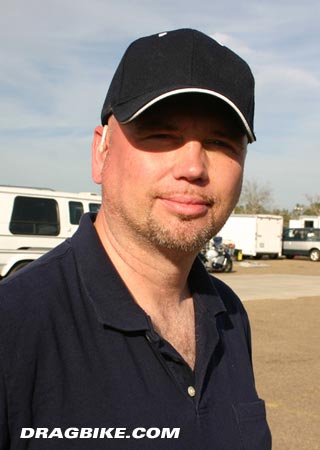 Chicago street racing impresario John St. Pierre was on hand at Hub City and looking healthier than he has in years. 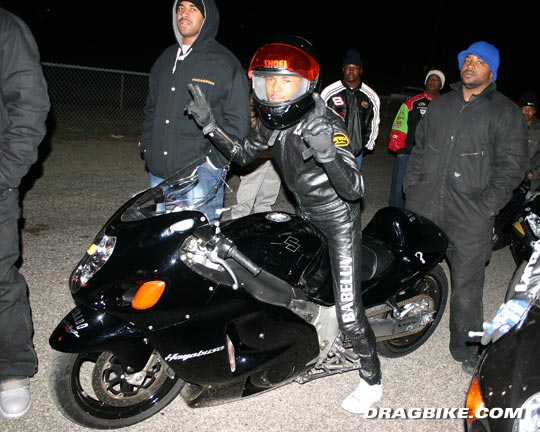 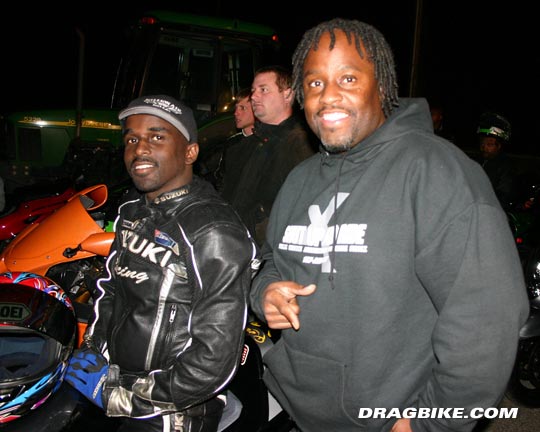 Oklahoma City’s Popapi (right) and rider Stacy (from Dallas, on left) made the scene on Sunday but, like Lil’ Fred, were gone on Monday. 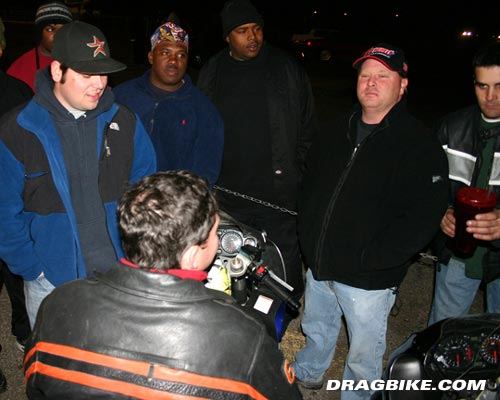 The “Mississippi White Boys” came down to the southern portion of their state looking to cover the field like Kudzu on a phone pole. 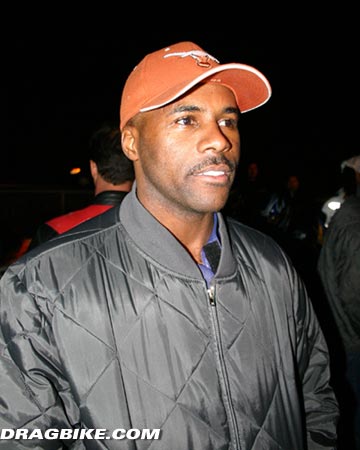 Baton Rouge NHRA superstar Michael Phillips was one of the most active racers at the Fat Tuesday races. 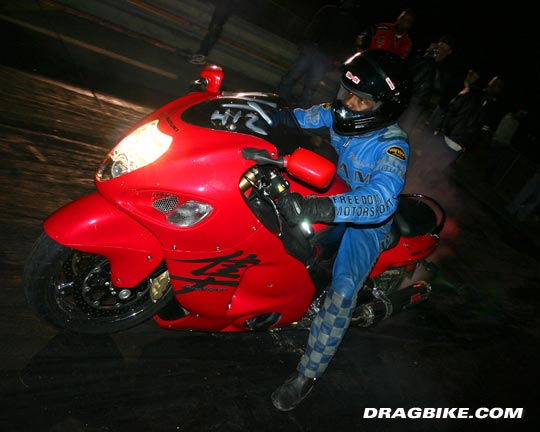 Phillips was “coaching” his “little nephew”, AKA Ed Murphy of Connecticut. 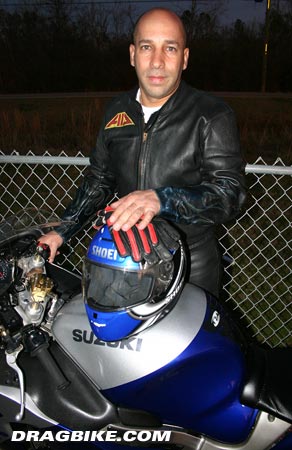 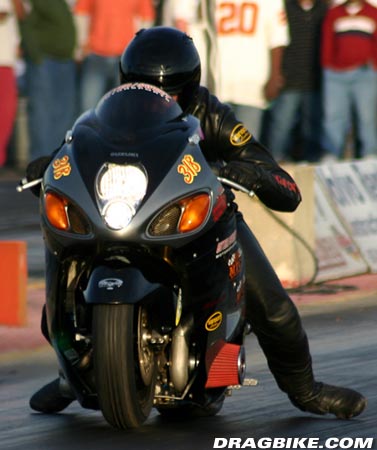 Slidell’s Keith Salles looked sharp as a tack for the coming season on his Bitter/Sweet prepped, 60 inch, turbo ‘Busa.