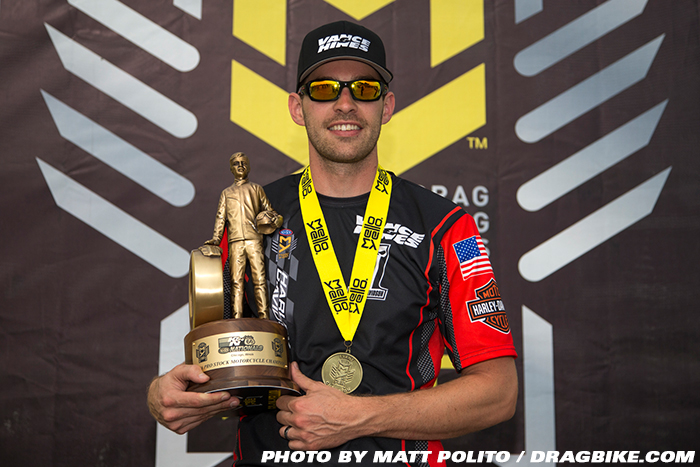 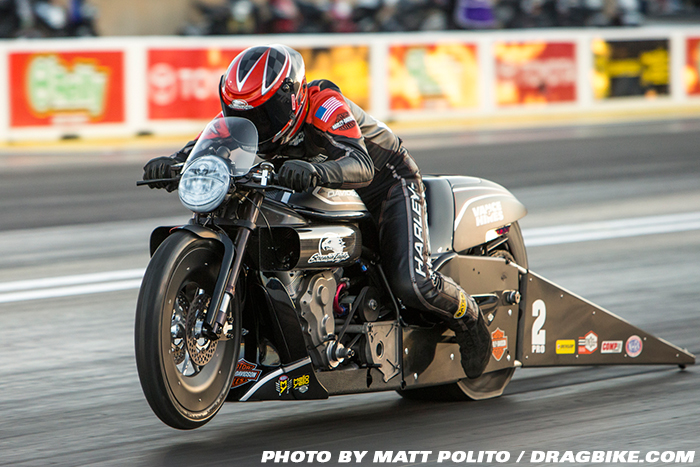 Hines qualified eighth for Sunday eliminations with a 6.881-second run on Saturday. He improved on that time in three of four runs in Sunday eliminations, including a 6.833-second run in the first round that was the quickest of the weekend and set a new track record for low Pro Stock Motorcycle elapsed time (ET). 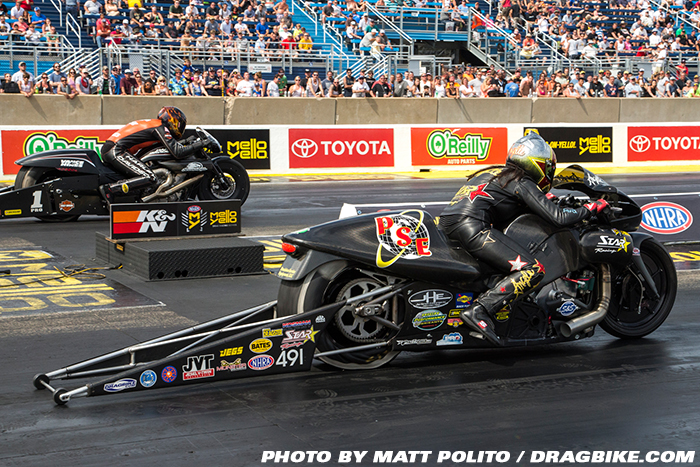 “I was hunting around for a good tune-up in qualifying, and after that first round on Sunday I knew my V-Rod would be the bike to beat in eliminations,” said Hines, the defending 2015 NHRA Pro Stock Motorcycle champion. “Low ET for the race and a new track record is a great way to start the day, and that may have been my best run of the season so far. From there it was just a matter of making straight, consistent runs down the track.” 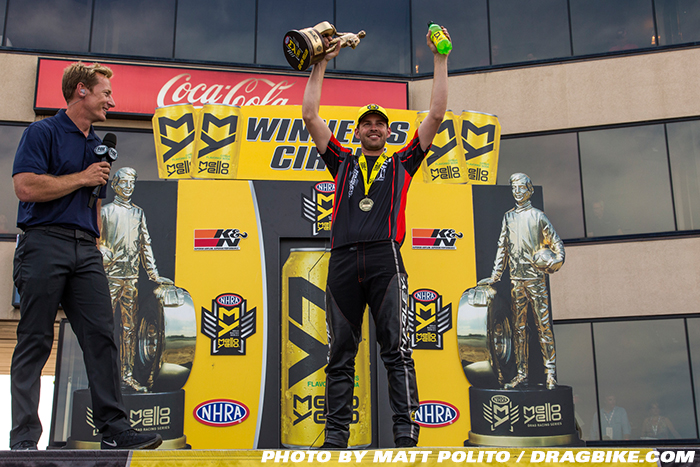 Hines and Krawiec race on competition motorcycles inspired by the unrelenting performance and sleek street style of the Harley-Davidson® Night Rod® Special, a motorcycle powered by a liquid-cooled 60° V-twin engine ready to breathe a little fire onto the street and is available at authorized Harley-Davidson® dealerships.

After six of 16 Pro Stock Motorcycle events in the 2016 NHRA Mello Yello Drag Racing Series, Krawiec leads the class with 639 points and Hines is in second place with 505 points. 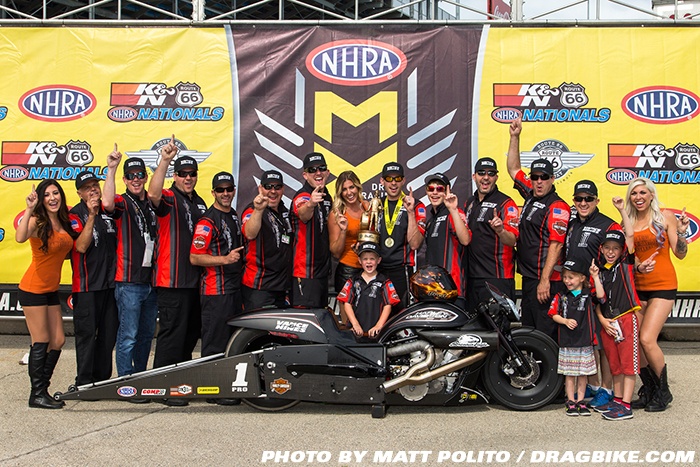 The Harley-Davidson® Screamin’ Eagle®/Vance & Hines drag racing team is back in action July 22-24 at the 37th annual Mopar Mile-High NHRA Nationals at Bandimere Speedway in Colorado.