To keep the family tradition alive, it was Heikki-Juhani Koskinen’s turn in 2019 to claim the EDRS Pro Nordic MC Super Gas Bike title, after his brother Janne won this championship in 2016. Heikki-Juhani was close to winning the title several times, with a runner-up position in 2017 as his provisional best. Scoring points in all four races, with two semi-final finishes as his season’s highlights, were the key to winning his first EDRS Pro Nordic MC title. 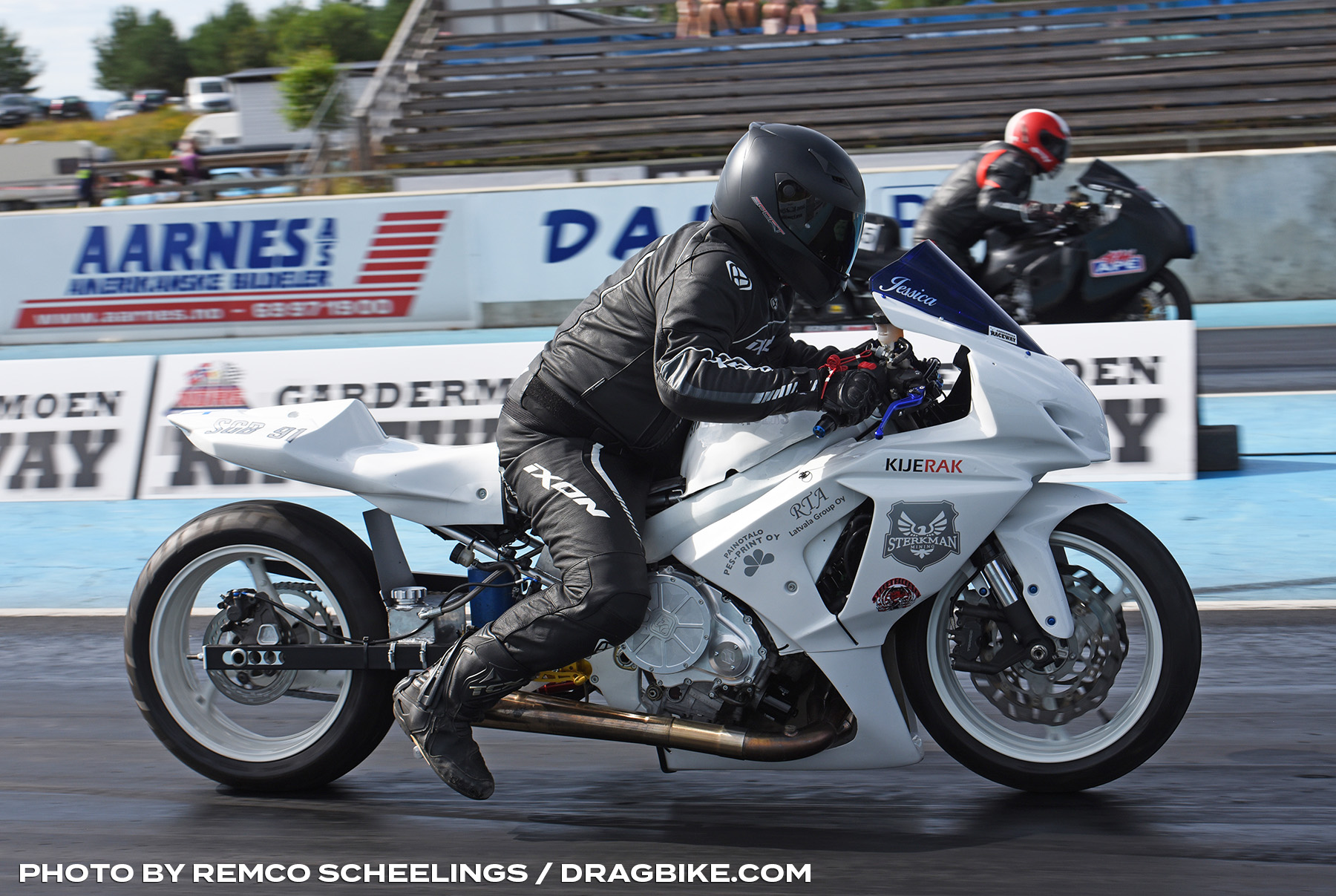 Winning the title in the EDRS Pro Nordic MC Super Gas Bike category is more than a Koskinen family tradition, it’s also a Finnish tradition. After Janne Koskinen won the title in 2016, Iiro Reinola and Jami Oksanen claimed this title in 2017 and 2018 respectively, thus Heikki-Juhani Koskinen was the fourth rider from Finland to win this championship, and because the SGB category was introduced to the EDRS Pro Nordic MC in 2016, all champions have been Finnish so far. 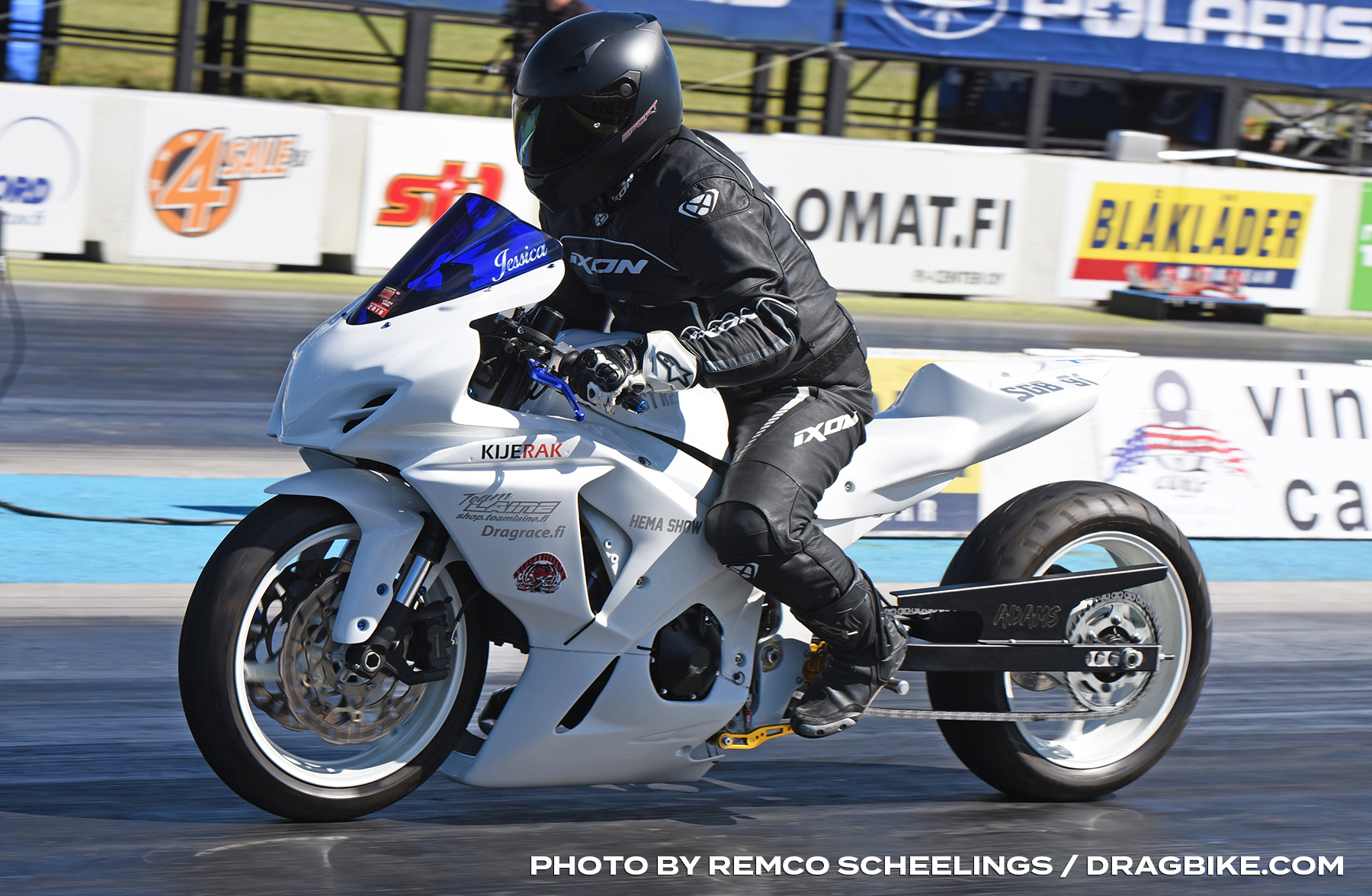 Koskinen’s start of the season was far from perfect. The Finn was eliminated in the first round at Tierp Arena in June, and that happened again at his home race in Kauhava. Because not all competitors entered both races, Koskinen climbed into the second position of the championship standing at the halfway point of the season. The Drag Challenge at Gardermoen was more or less the turning point in results as Koskinen claimed the second qualifying position, advanced to the semi-finals and took the lead in the championship with a 34-point advantage over Trygve Helgerud. At the Summit Racing Equipment Internationals Koskinen advanced to the semi-finals for the second consecutive time, but a break out kept him from the final. Because Koskinen also claimed the bonus points for taking part in all four races, the title couldn’t slip through the Finn’s fingers anymore. 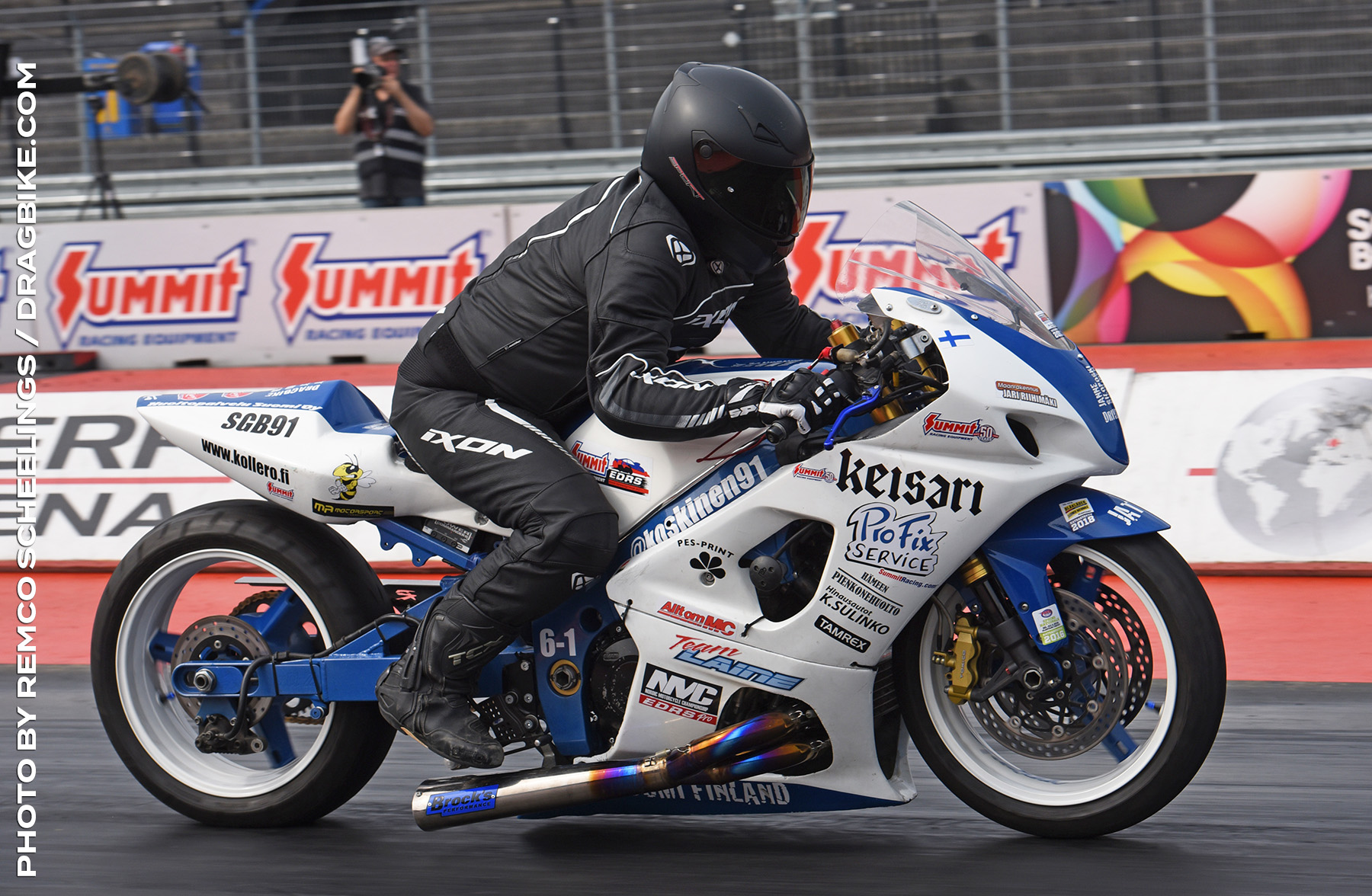 You won the 2019 EDRS Pro Nordic Motorcycle Championship in the Super Gas Bike category. It was your first title. How do you look back at last season?
The season was not easy for us. We were supposed to compete in the Super Comp Bike class with a new combination, but due to an engine failure before the start of the season, we had to rethink. We almost canceled the whole season, but after some planning we decided to compete in Super Gas Bike and I got my brother’s old motorcycle to start the season with at Tierp Arena.

What was your best race and what was the most important race for winning the title?
The past couple of seasons made us understand the importance of taking part in all races. I was 4th in the championship points standing in 2016, scoring event wins and round wins, but I competed in only three races. The same thing happened in 2017 when I was second. As a single race, Kauhava may have been a turning point for us this season. After that race everything started to work for the rest of the season. The Gardermoen race was the best for me. We were excellent in qualifying and managed to make our way to the semi-finals. 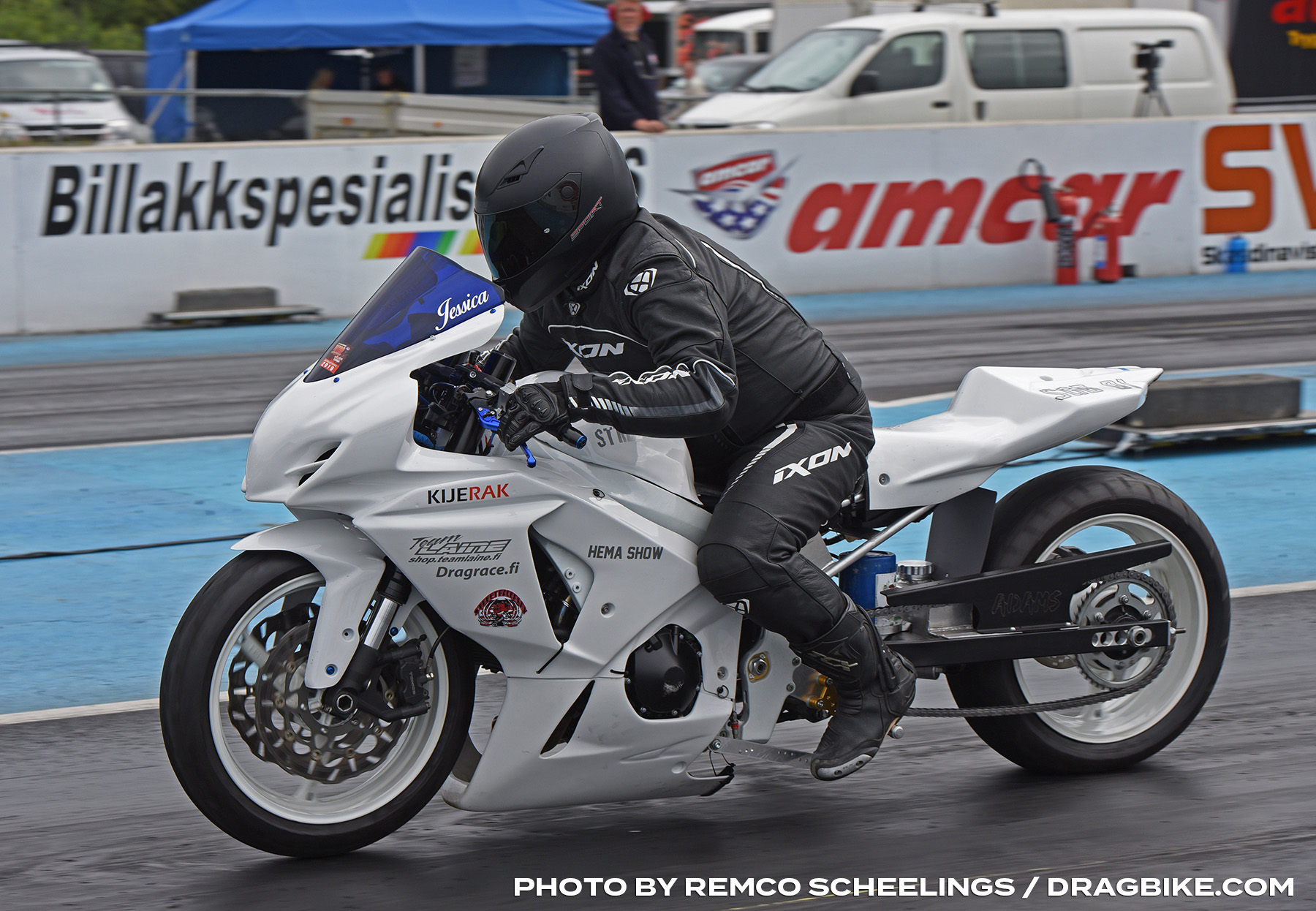 Most proud of in 2019?
My group managed to step up and work hard when the situation was difficult for us. We worked with a lot of discipline early on in the season.

Worst/toughest moment of the season?
The most important part of the season was in Tierp, when my dad was with us for the last time at a race. 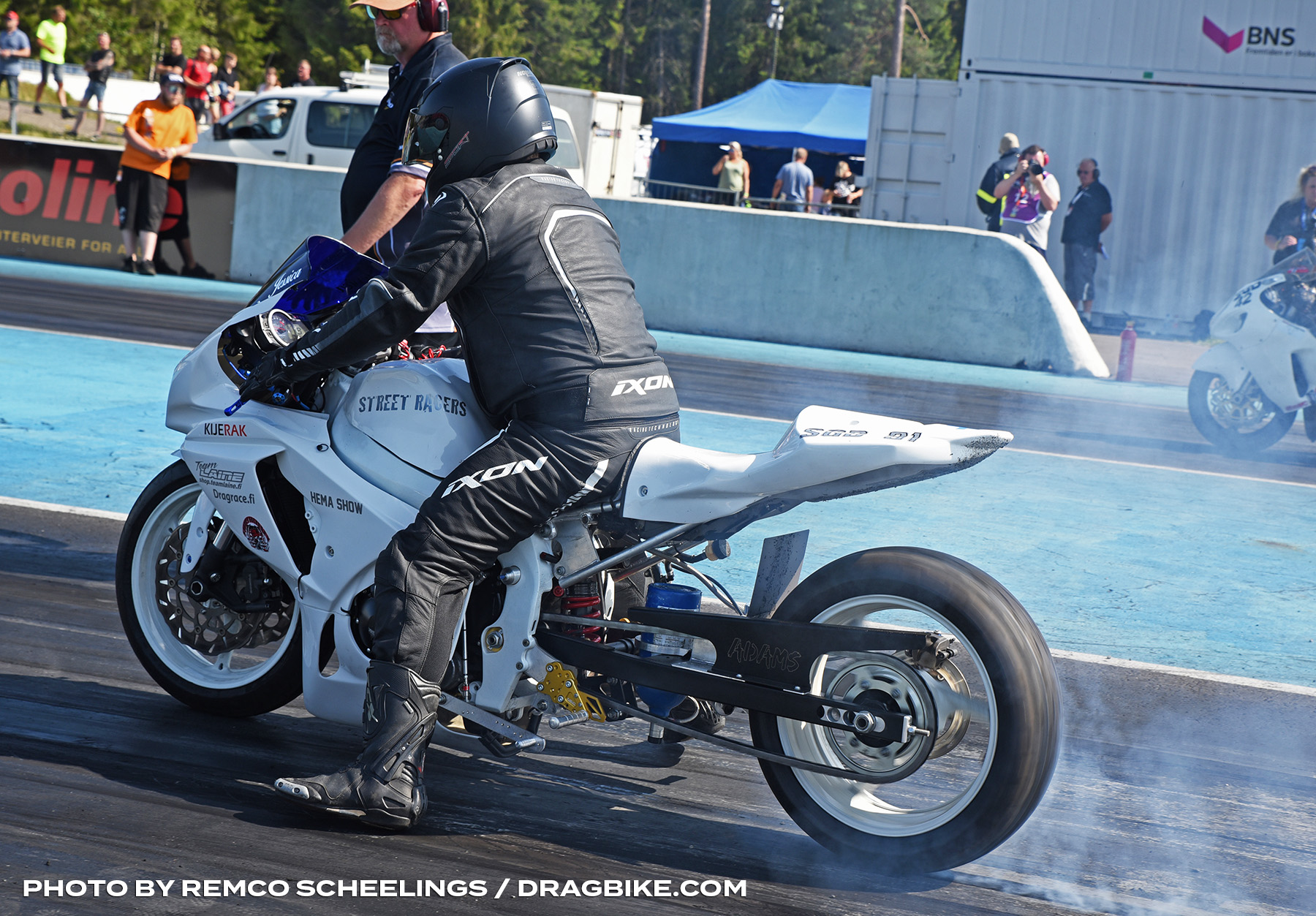 Your toughest competitor in 2019?
The talented Norwegian rider Trygve Helgerud was tough as he was also very consistent. From the Finnish riders Jyrki Sinisalo was really tough. 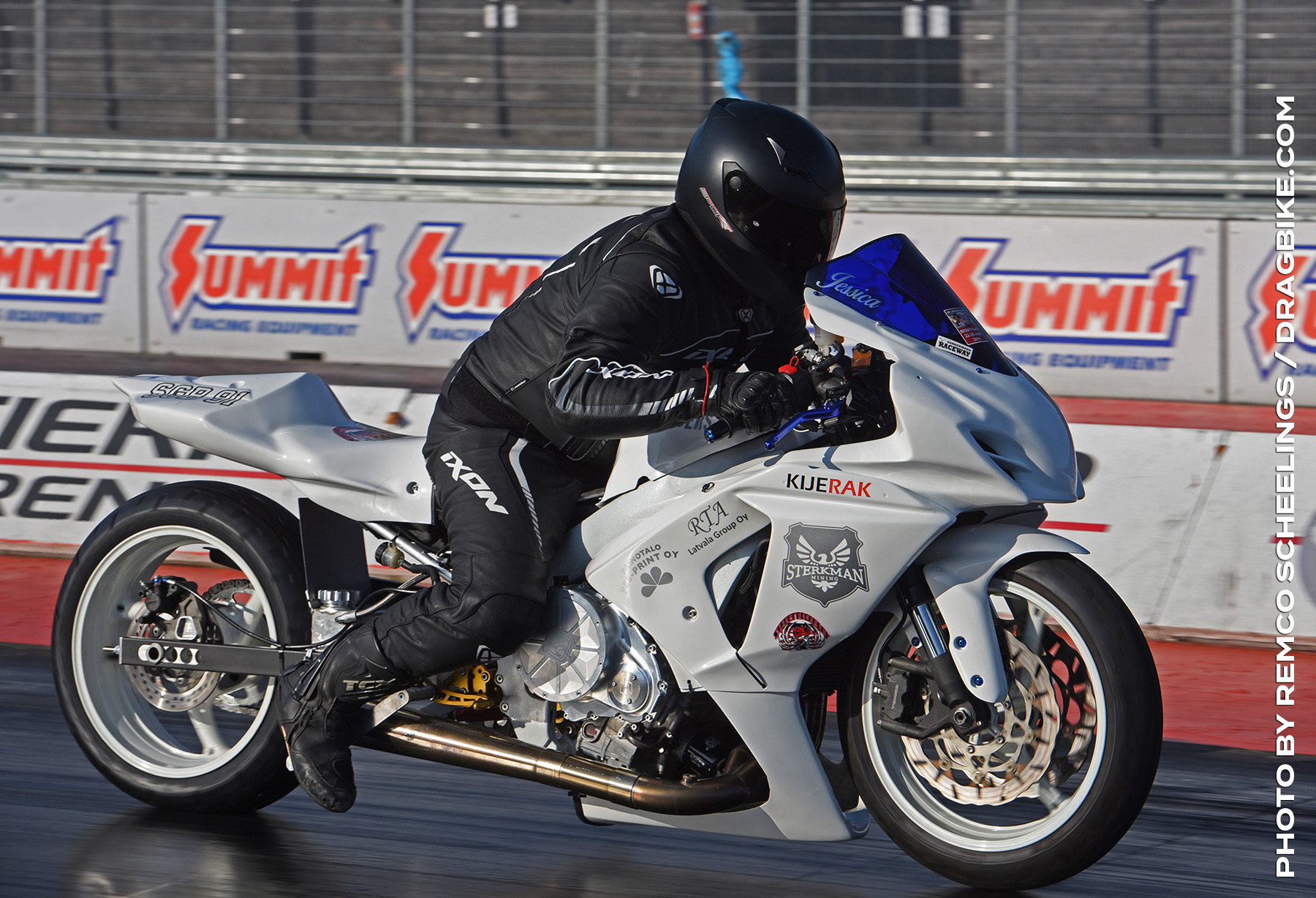 People/companies you want to thank?
I would like to thank my sponsors, in particular Kijerak, Sekito, Sterkman Mining and RTA Latvala Group. Thanks also to all the competitors, their teams, the competition organizers and the awesome audience who always encouraged good performance! 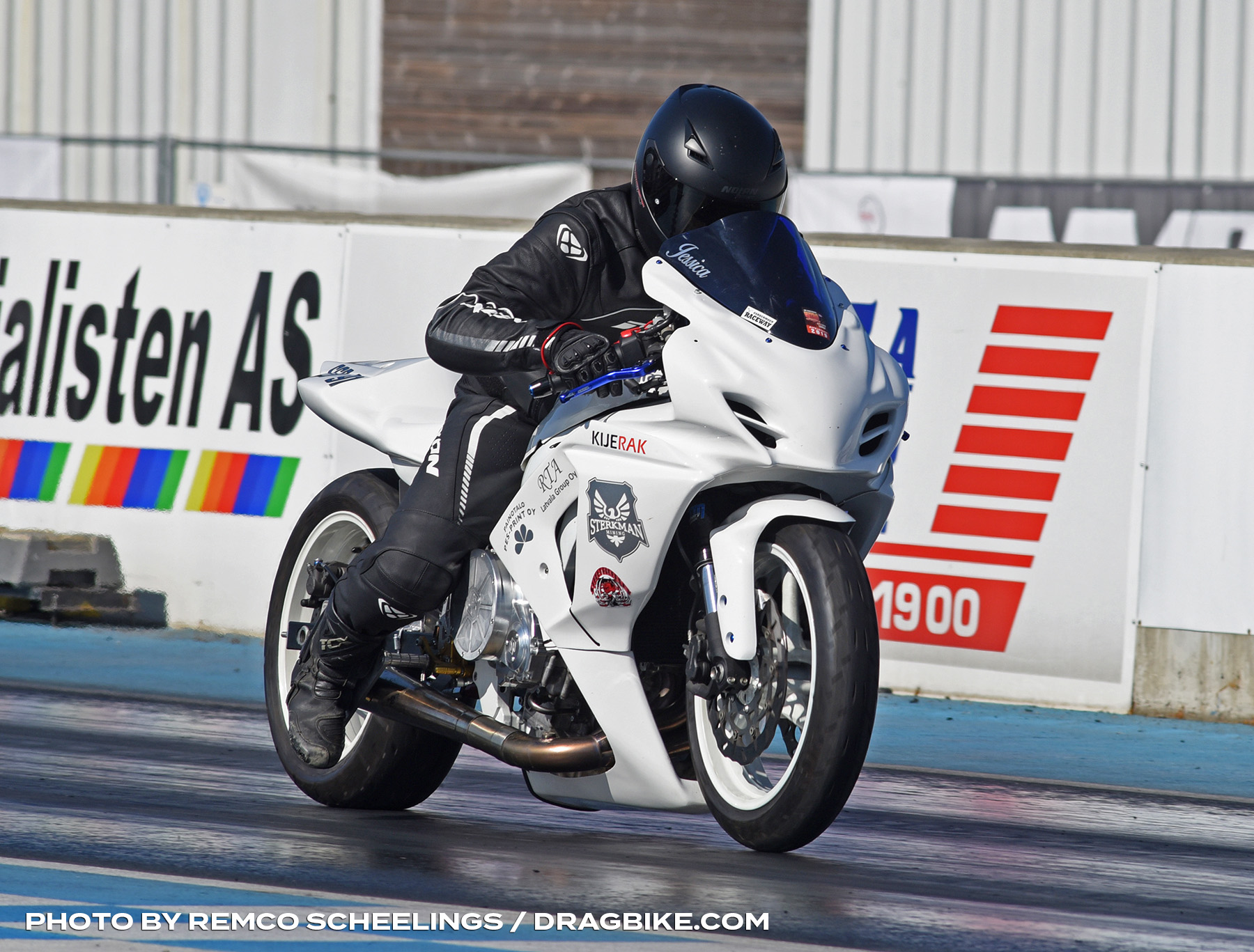 Plans, goals, and expectations for 2020?
The plan is to get the motorcycle ready for the Super Comp Bike category and compete with it in that class. I’m also going to make test runs on something even faster than Super Comp Bike. And also that bike smells power!

The upcoming season is the tenth consecutive year of drag bike racing, so that is something to look forward to. Our team are growing with new riders, so new champions can be expected in the future. I hope this will also happens elsewhere in Europe, to protect the development of the sport. 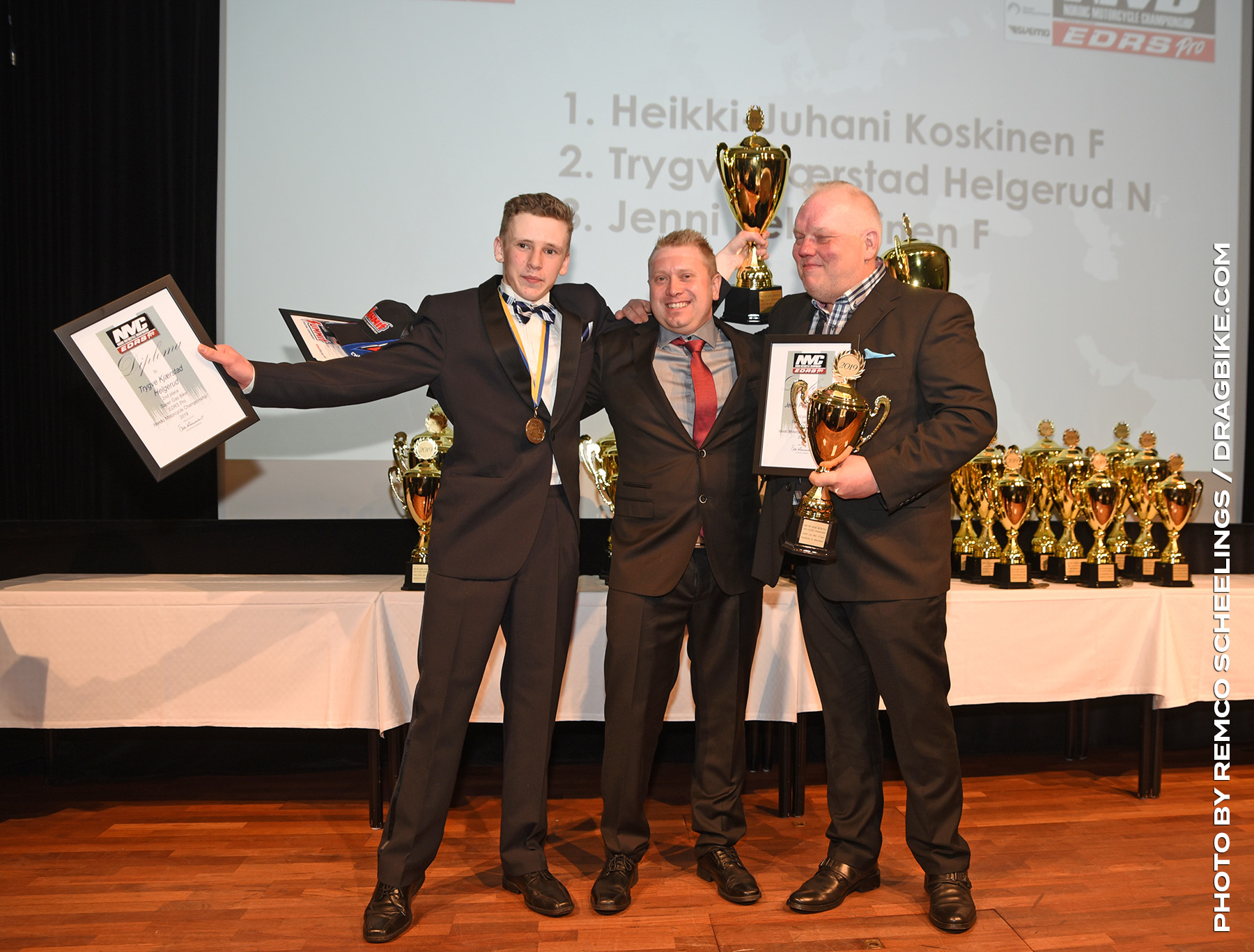