History Made at Dramatic Nitro Thunder 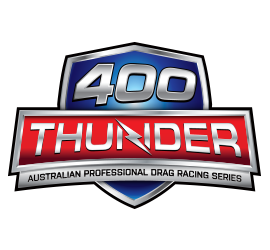 History Made at Dramatic Nitro Thunder

History was made at Sydney Dragway on Saturday night as Luke Crowley broke one of the last remaining performance barriers in modern drag racing, the first six-second Pro Bike run.

Crowley left his run until his last pass of the night, with the dramatically cooling conditions playing into the veteran racers hands. Matched against Daniel Rabnott who had the best seat in the house to witness history, Crowley focused on running his own race and a 6.90 was the reward for years of toiling away on the combination on both sides of the Pacific Ocean.

“We knew the bike had it in it. This run has been coming for the better part of 10 years, and to finally get it is such a relief” Crowley said after the race.

The Event Champion after 3 rounds of racing was West Australian Ryan Learmonth who collected his second win in succession. The event was far from smooth however, with Learmonth suffering a low-speed entry into the gravel pit earlier in the day. He raced to a 7.07 in the final, after his opponent Glenn Wooster was shut down by track crews with an oil leak.

The 400 Thunder Series now moves to Willowbank Raceway for the Gulf Western Oil Winternationals, the final round for the 2018-19 Championship season.