Roger Edgerton’s Hog’s Gone Wild event at Keystone Dragway was a raging success with the fans who flocked to the event by the hundreds. Whoever would have guessed that a motorcycle drag race, just east of Pittsburg, on the same weekend in August that the rescheduled Laconia Bike week was being; would draw more motorcycles and fans than Bike Week Sunday (23 Aug)? NO ONE saw THAT coming!

There were easily somewhere between 300 and close to twice that number spectators that filled the pits and stands of Keystone Dragway. At least 80% of that big number were motorcyclists from “The Burge.” There is no question that the previous evening’s Saturday Night VIP Party at Assim Chaudhry’s “VIP Lounge” strip club and some street shenanigans, had a positive influence on the spectacular spectator attendance.

As for the Hog’s Gone Wild drag race itself, close to one hundred entrants in the seven classes of competition came race, with the bulk of the participation coming in the popular “ET Bracket” class comprising over 60% of the entries. With a $4000 to win purse (no delay boxes) drawing the ET racers.

The competition leading to the finals was highlighted by the first side-by-side 8 second Bagger race. Assim Chaudry and Jeremy Williamson turned in identical 8.63’s, but when Jeremy lit the red-eye, that ended his chances of unseating “Kong” Assim’s very-bad, no-bars, Harley drag bike. Later in the day, Mr. Chaudry defeated Mike Beland on Chuck Briggs’ Bagzilla in the finals of “Pro Street,” for the Hog’s Gone Wild class. 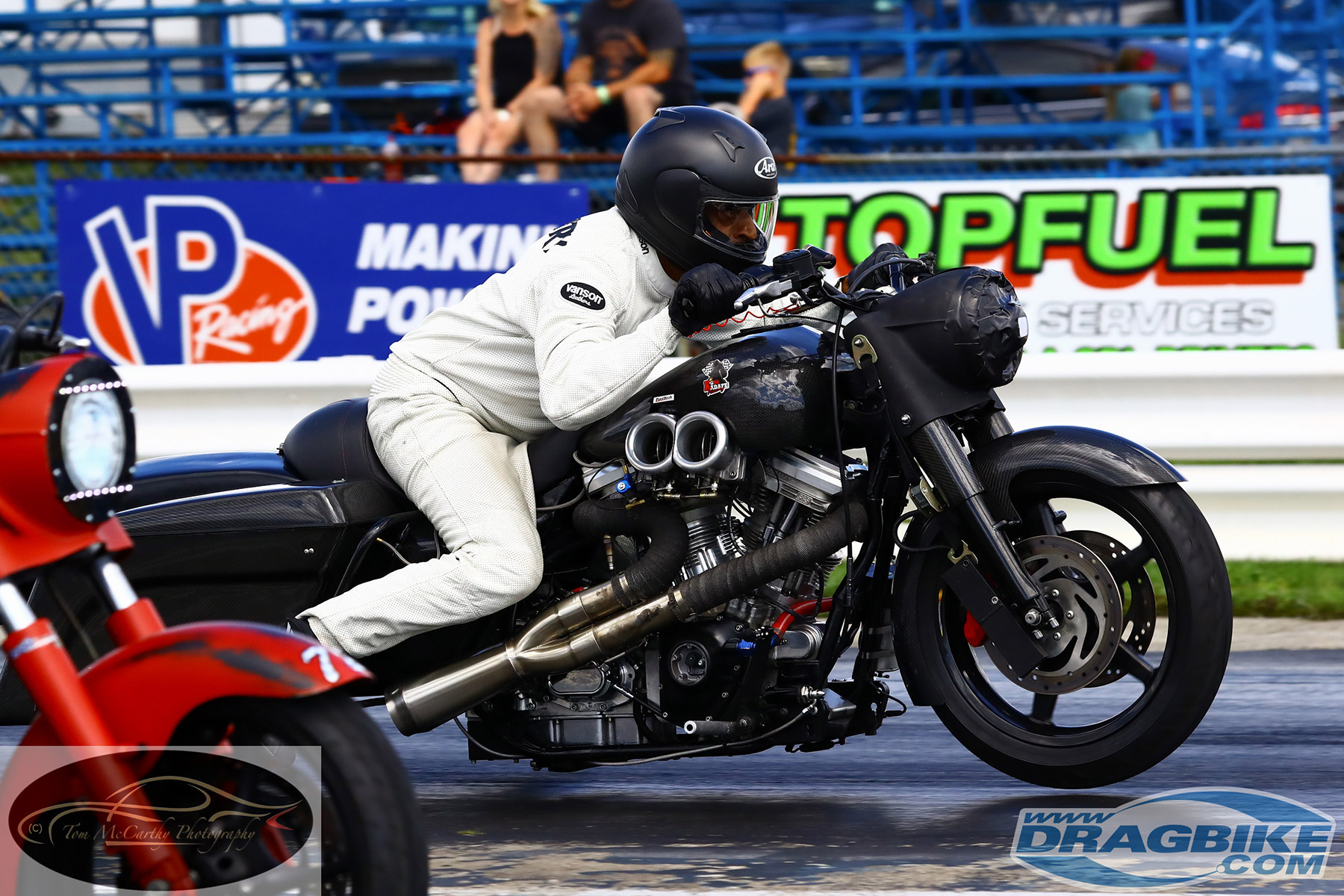 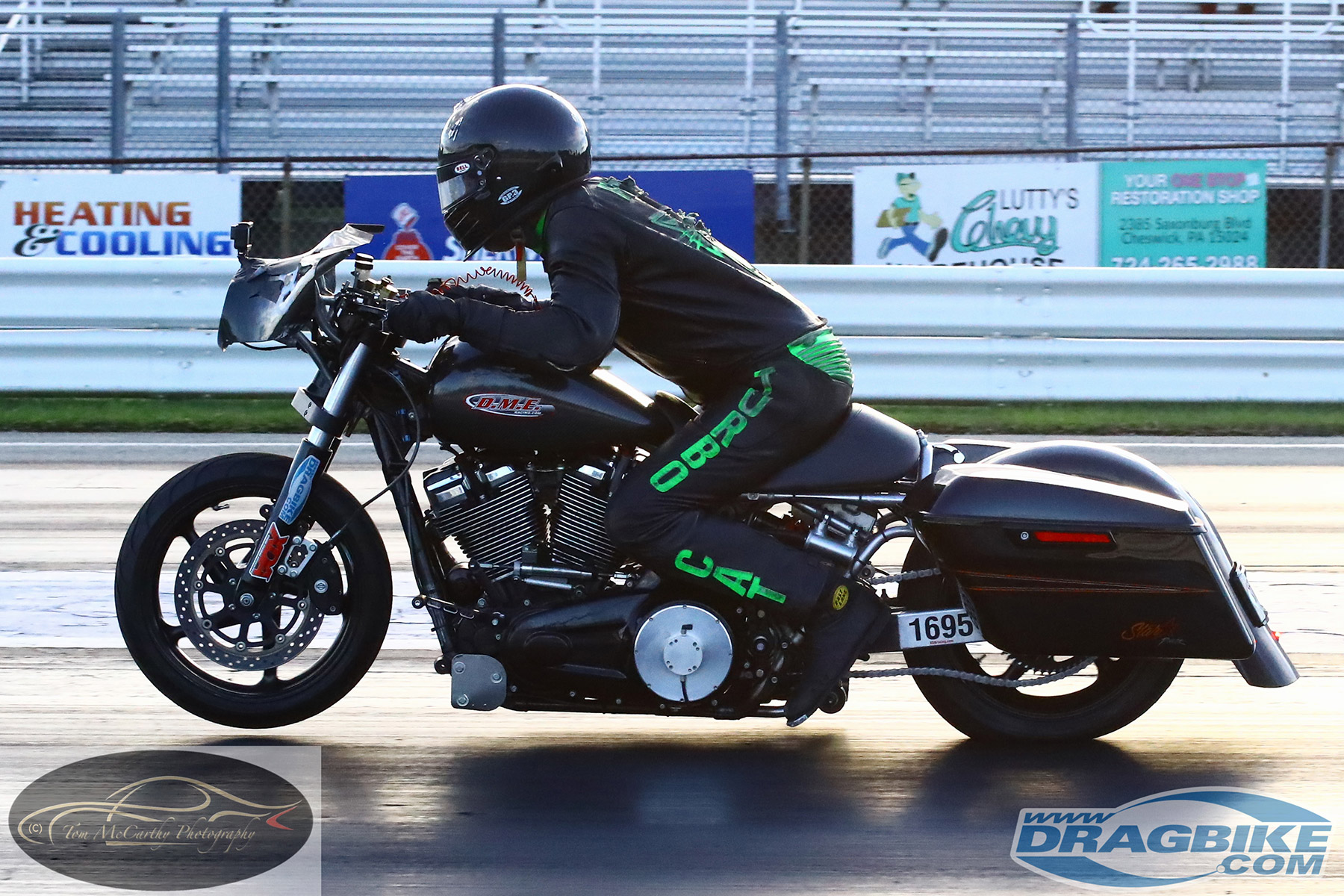 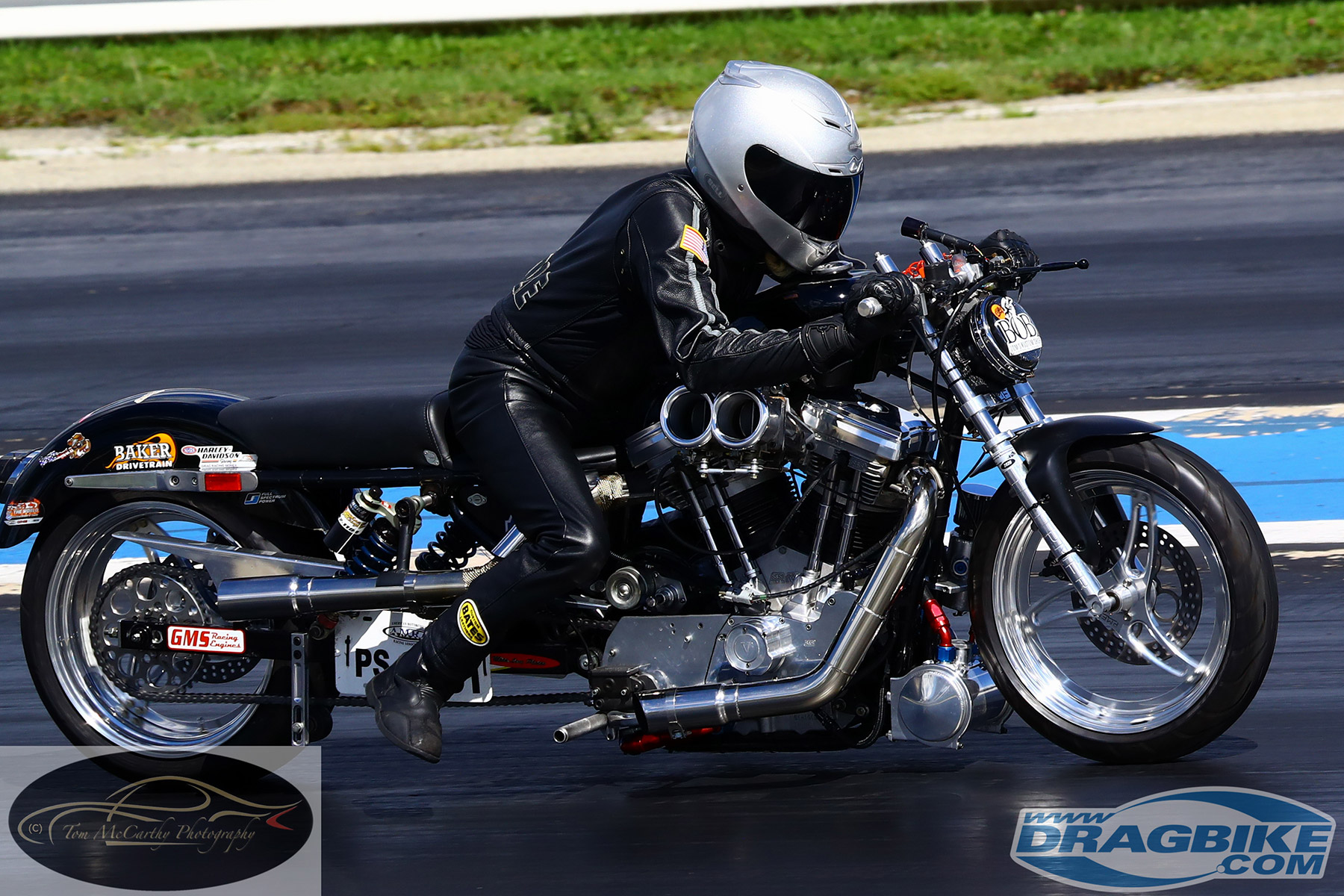 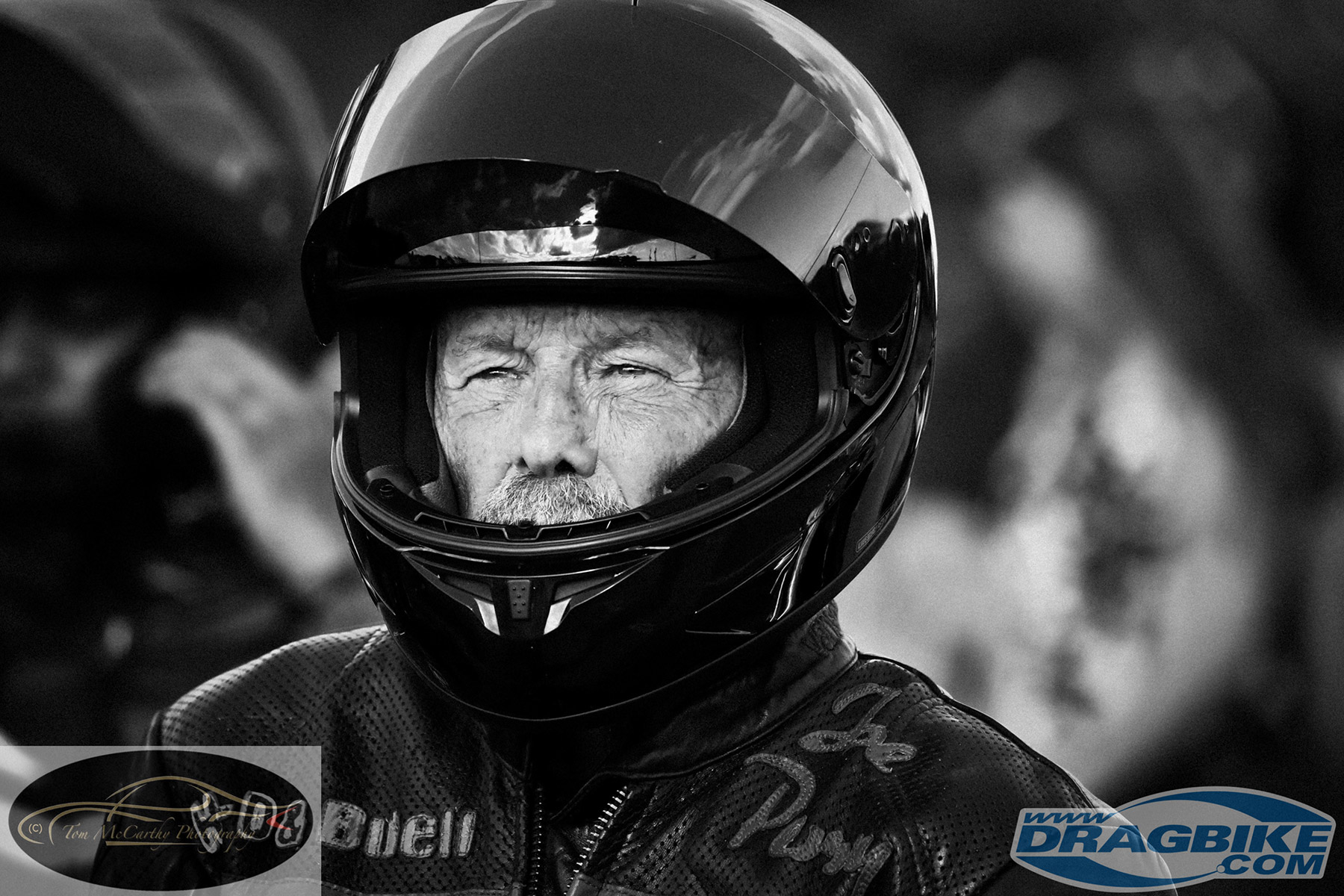 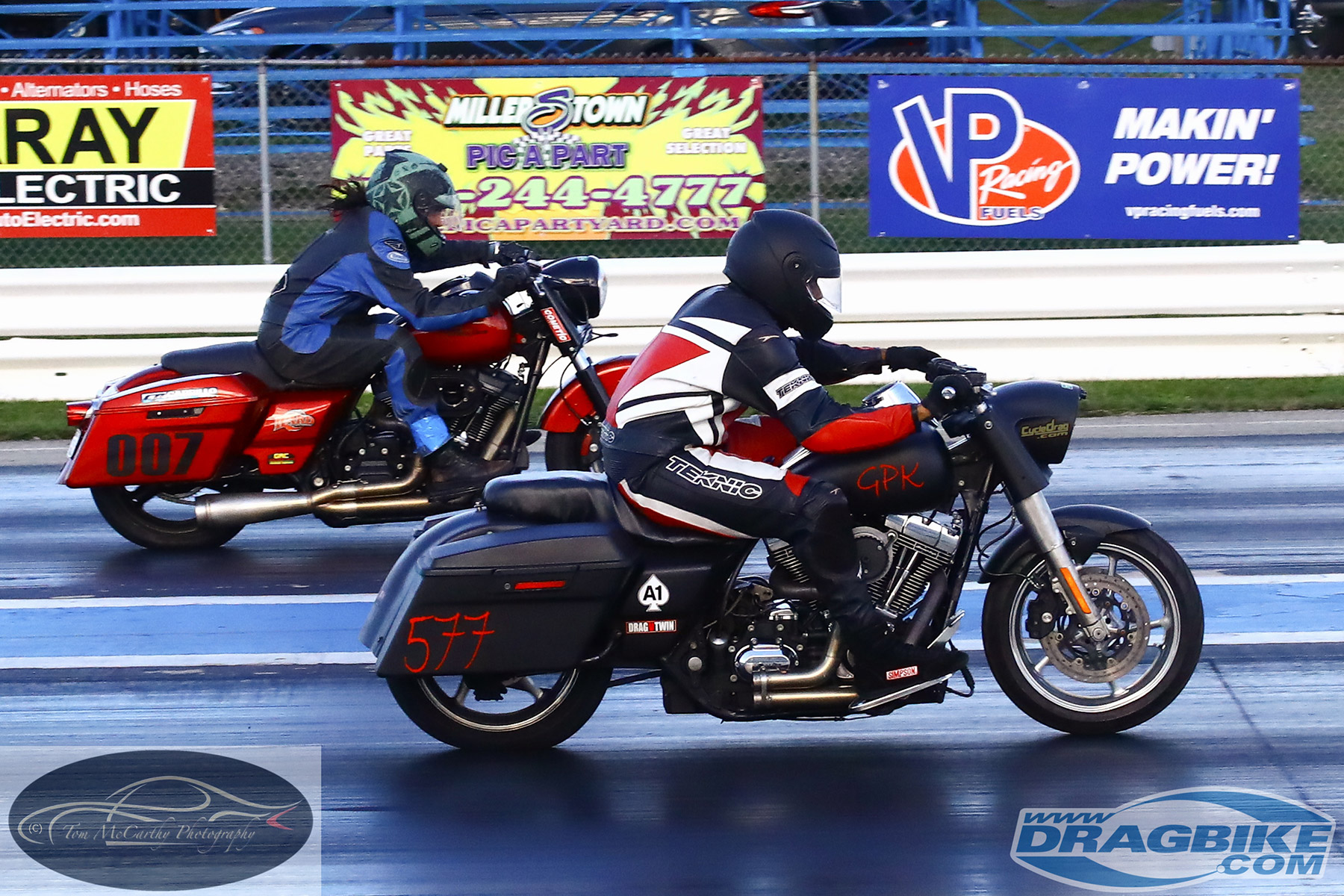 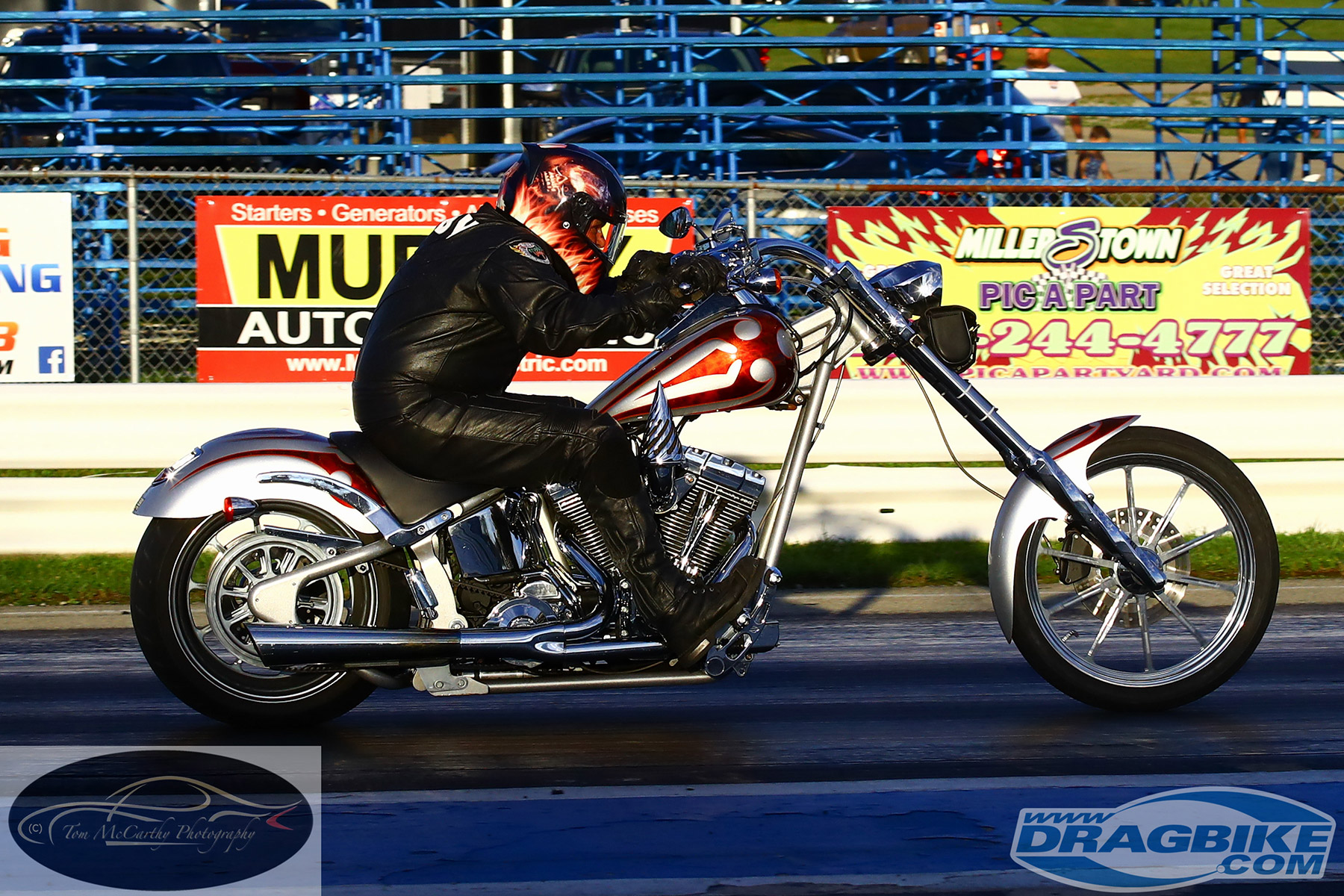 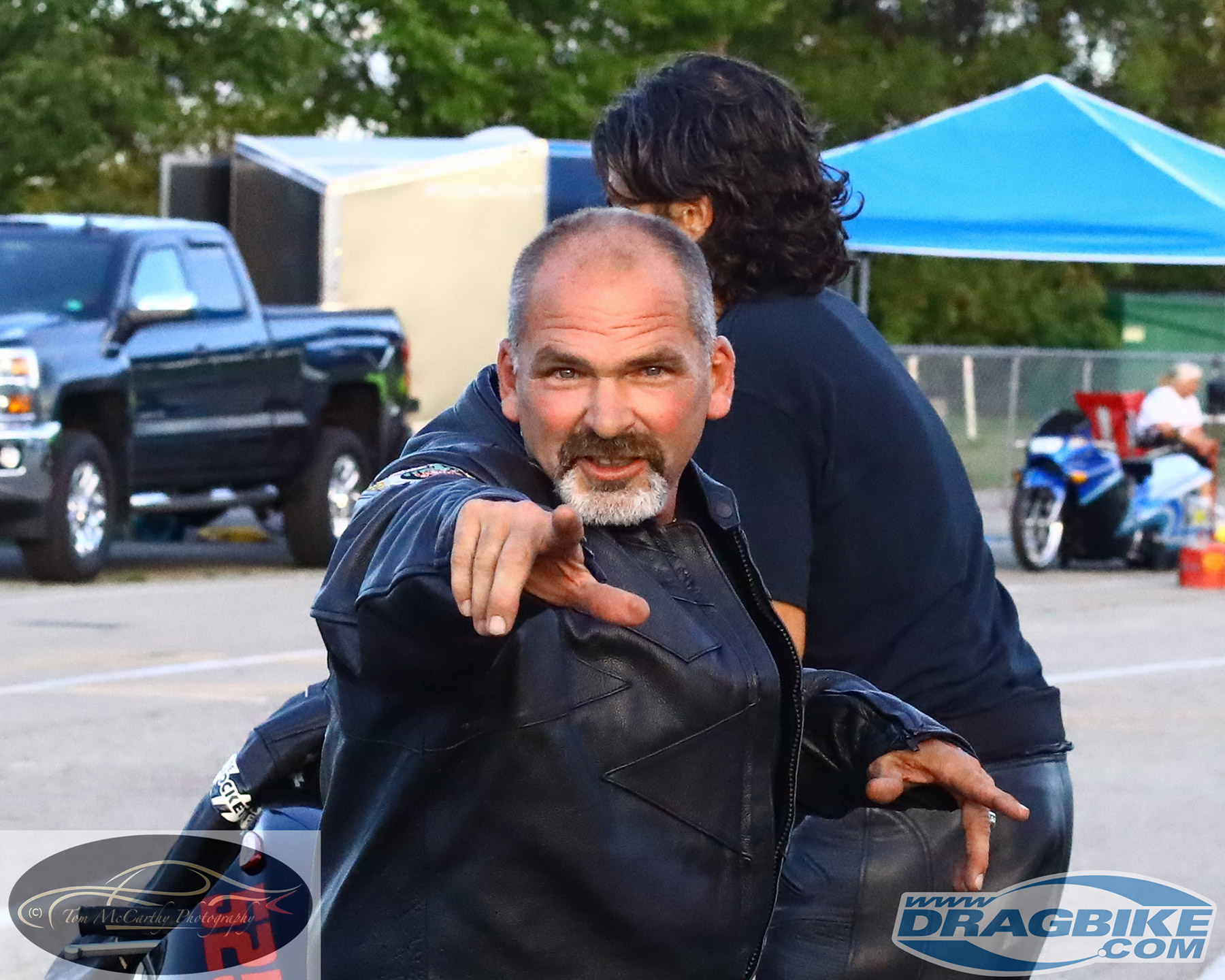 The next Hog’s Gone Wild event will be September 11-12, 2020 “Cash Days” at Thunder Valley Dragway in Red Springs, North Carolina.

Saturday morning the racers of Hog’s Gone Wild are at Keystone  Dragway in New Alexandria, PA ready to race. The weather may not be cooperative but the track staff is trying to get this event on track. 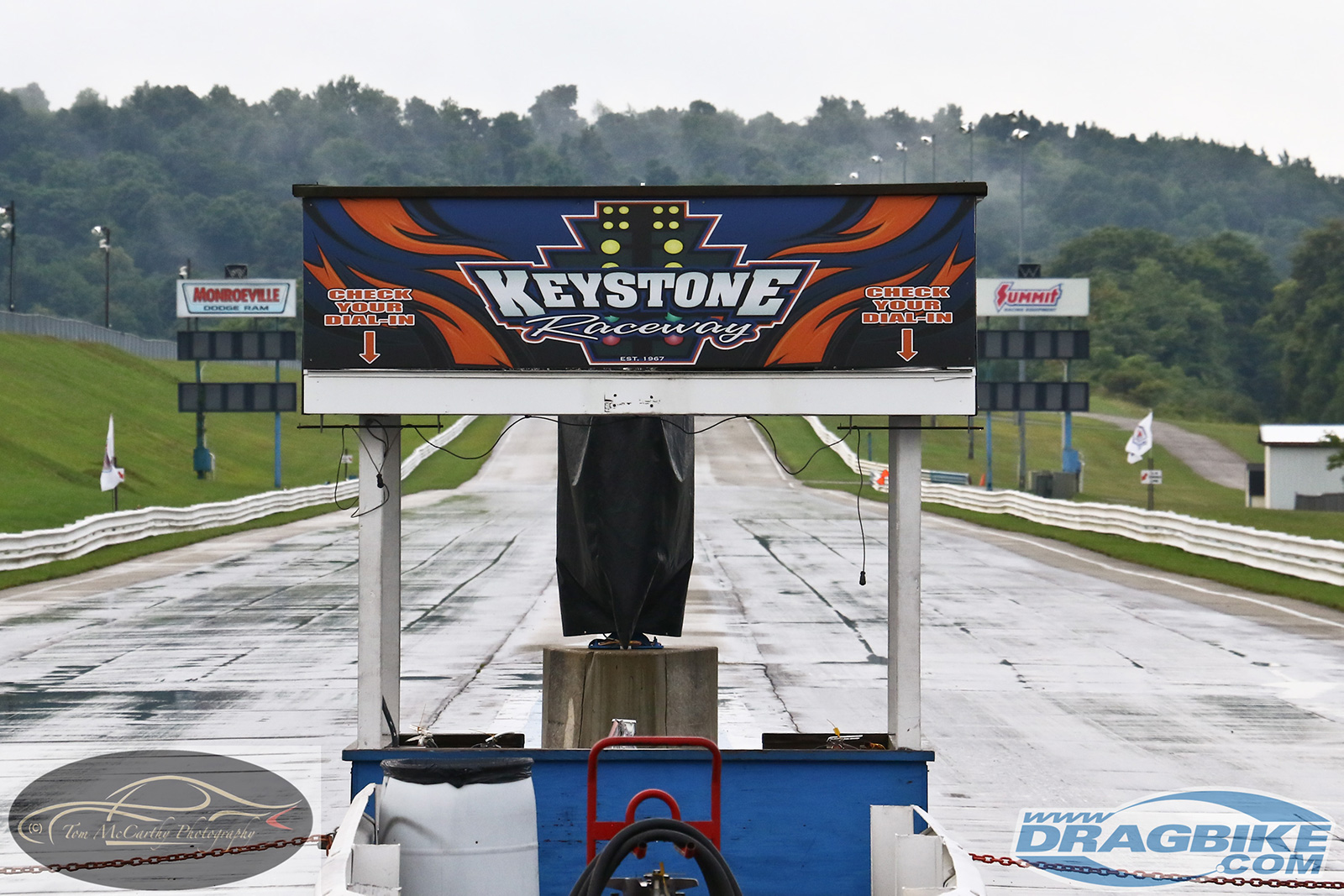 Racers from across the USA are here ready to race and get going. Scott Tomsu of Lafayette, Louisiana drove 1200 miles, a day after Hurricane Laura landed just 80 miles from his home. “The eye of the hurricane was not that far from my house. We stayed long enough to make sure all was okay at home then I hit the road.” 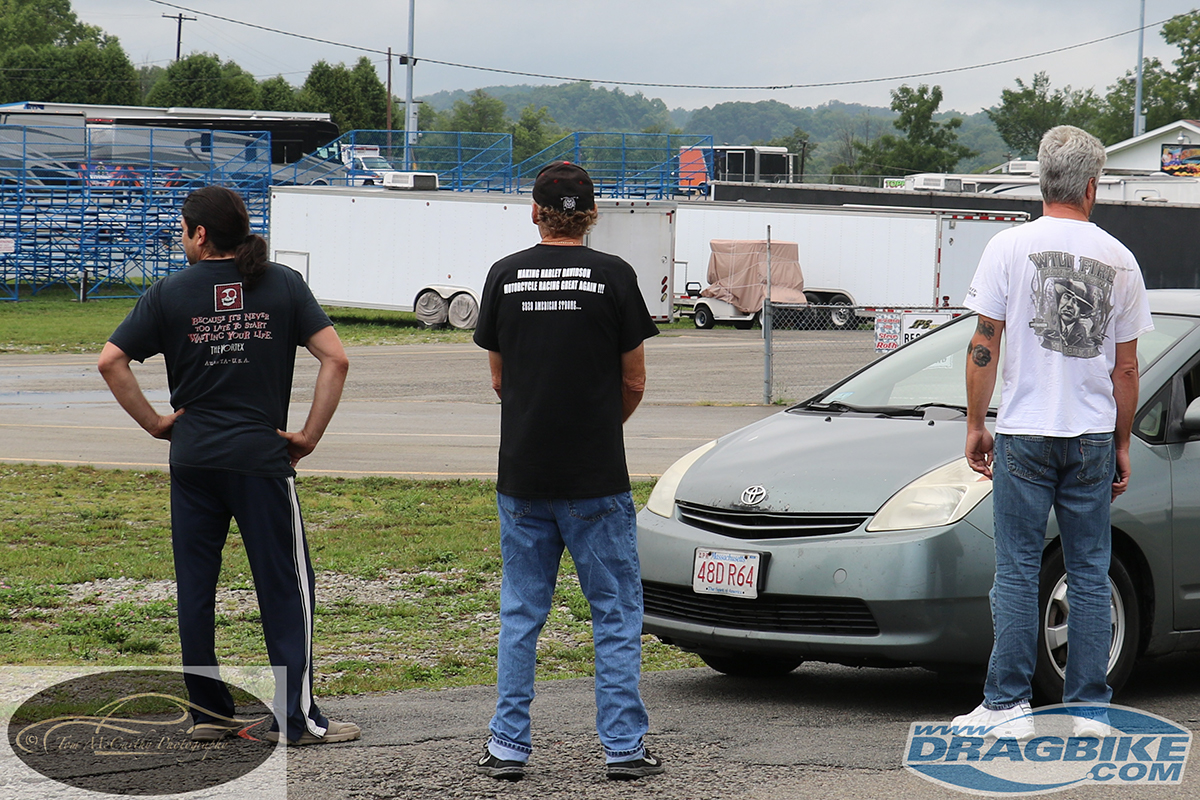 Racers here at this event came knowing the weather forecast for the event was grim for Friday and Saturday, but Sunday was forecast as excellent for race day. Yet they came anyway. Why did they come early? Because they are dedicated and a forecast is exactly that – an educated guess and it’s just a forecast!

In the words of Berry Watson of Chicago, who came with team Frickie “It was just a forecast, there’s always a chance to get the race in.” Mark & Mike Frickie and his crew came 8 hours, 525 miles to the event and they are damn ready to go racing.

Joe Perry, from Kingsport, TN traveled 404 miles because “The race is on, so here I am, let’s race.” This is the spirit, the backbone that make this a great sport. Come what may: real racers are ready to race, no matter what. 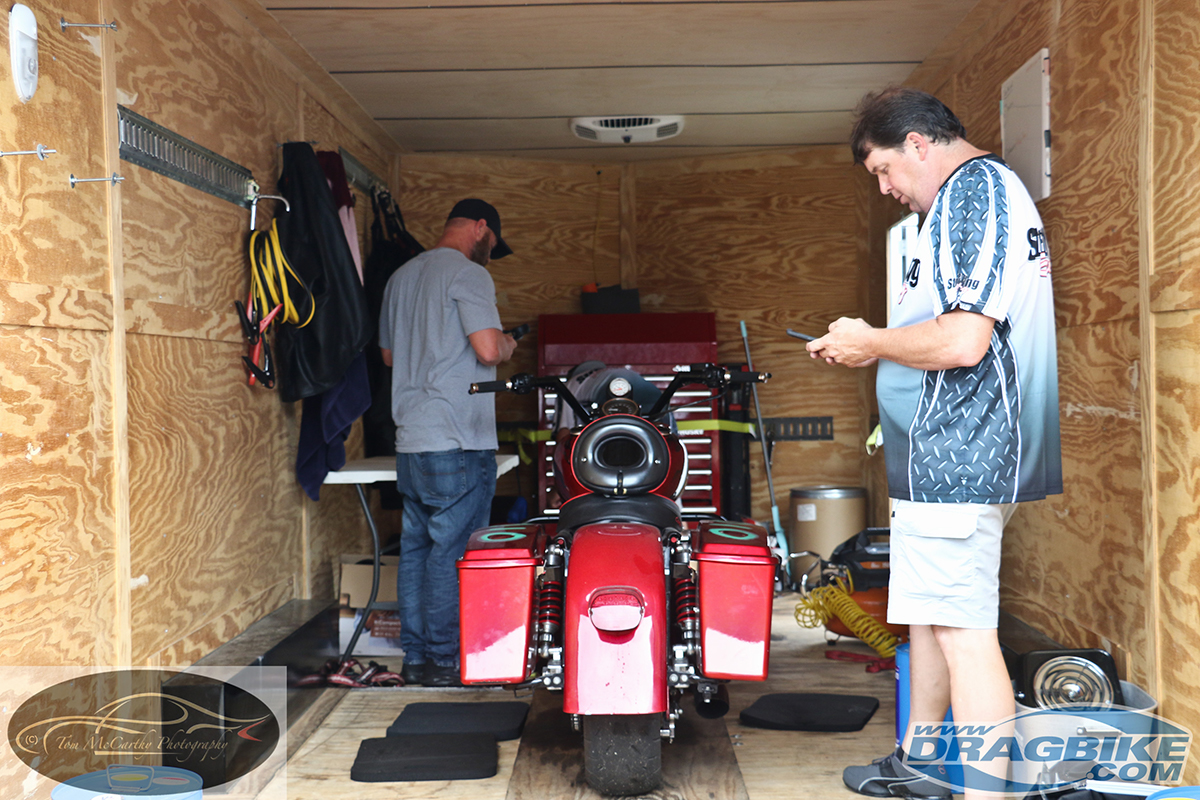 Dwyane Gee of Covington, Ga, covered 682 miles in about 11 hours to get to this race. His bikes are prepped in the trailer, ready to unload & go racing. Khole Sellers,1996, Sporty, and Dwyane’s 2004 Road Kind are ready to hit it.

Doug Fisher of Benton Harbor Michigan, “Sunday looked good for weather, so we made the trek from MI because we wanted to support and up and coming organization.” 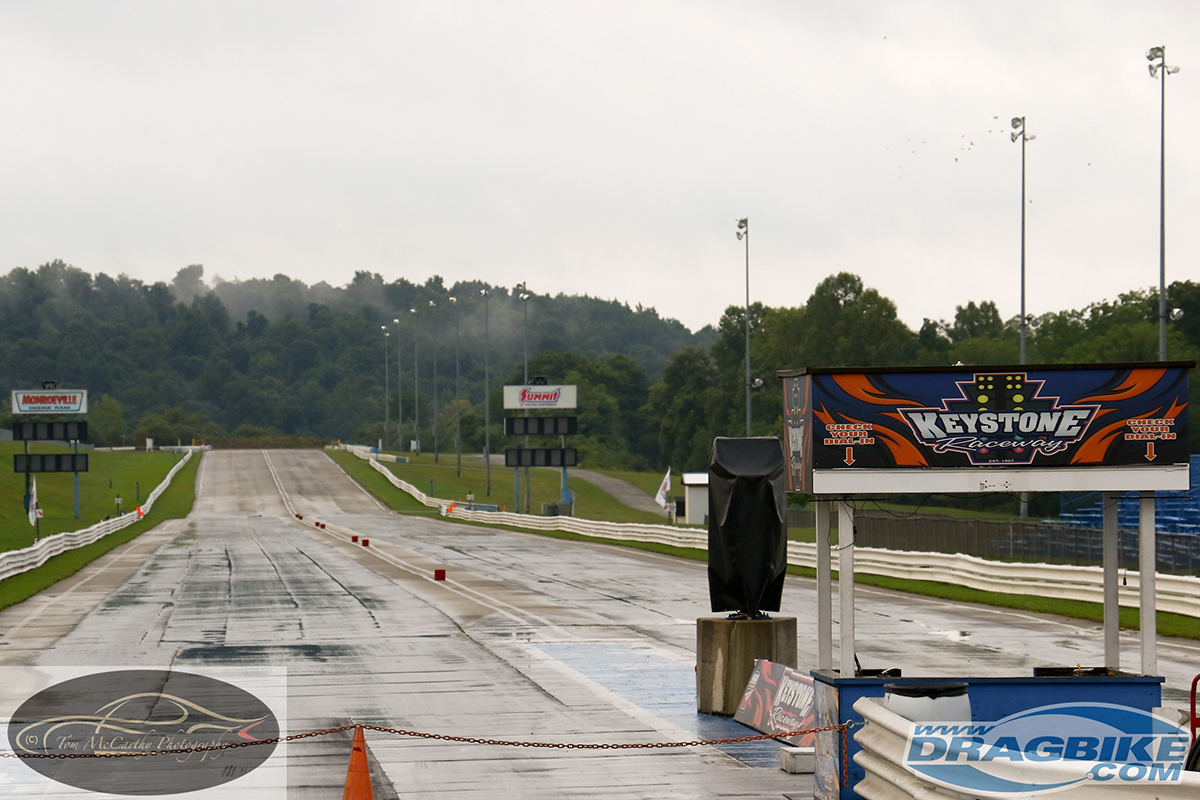 It’s racers like these who are the heart and soul of what drives this sport.

SUNDAY: Gates open at 10AM, racing to begin thereafter.

The schedule is subject to change due to prevailing conditions. 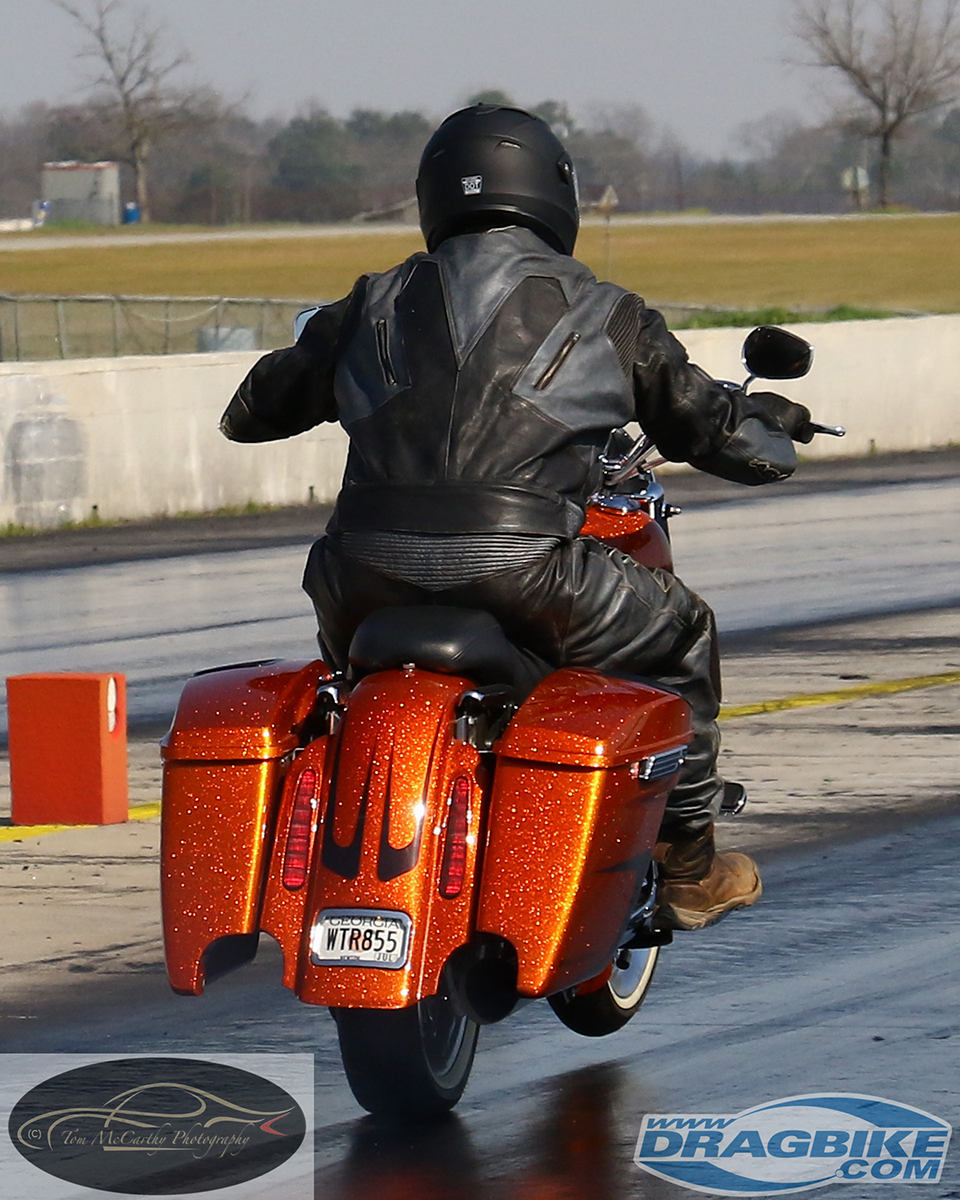 The home page for HGW is www.hogsgonewild.info where racers and fans can get details on the sanction rules and events