After a promising showing at the Manufacturer’s Cup in Valdosta, GA, the HTP Team focuses their attention towards the next MIROCK event.

“We work to take advantage of the latest technology in our race program, including the addition of the Motec M130 and the Wizards of NOS REVO controller, and each event is an opportunity for key data collection,” says HTP Owner Cecil Towner. 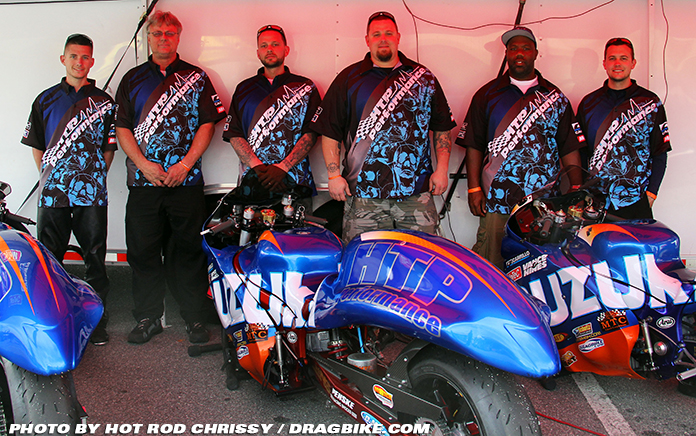 The Manufacturers’ Spring Cup was a valuable learning experience for the team. Ryan Schnitz and the HTP Crew arrived early to take advantage of Thursday’s test and tune session. By the end of the evening, they had finally sorted out the chassis issues that had plagued their 2014 debut at the MIROCK Opener in Rockingham, North Carolina.

Cox had a great first pass, running 7.18 off the trailer Friday morning. However, as they entered into Q1, the team feared their traction issues had returned to haunt them. Both Schnitz and Teasley struggled with spinning, while Cox ran a 7.33, and had a close call with the right wall and scoreboard approaching the 1/4 mile marker. 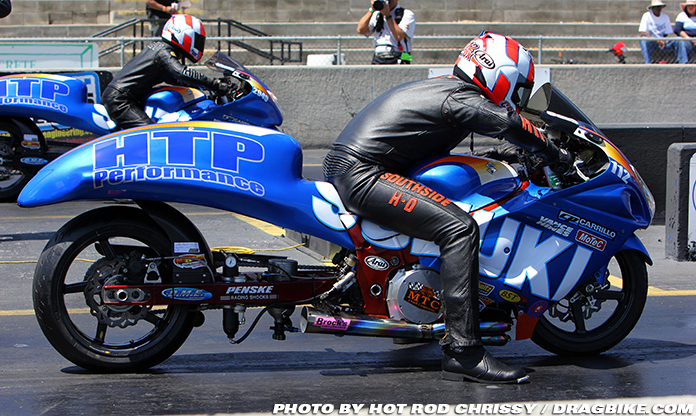 Ultimately, Schnitz qualified in the A class and teammates Teasley and Cox were forced to face each other Round 1 in the Pro Open. Shifting issues prevented Cox from making a clean qualifying run, but it was fixed in time for him to defeat his teammate. Teasley is driving a new turbo Hayabusa for 2014. “With less than 10 passes on the Turbo bike, we’re excited about the potential it’s showing,” said Towner.

Schnitz ran 7.15, 7.02, 7.08, 7.11in Sundays eliminations, making his way to the Finals. “We’re just getting started,” joked Schnitz. “We’re learning a lot and showing great improvement with each pass and are eager to see what we can do this weekend.” 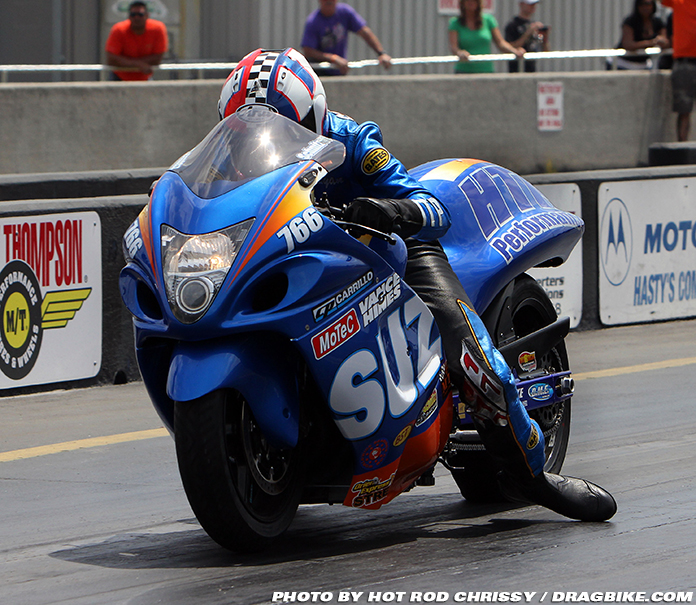 With the help of their sponsors, Team HTP expects continued success at this weekend’s MIROCK event in Budd’s Creek, Maryland.