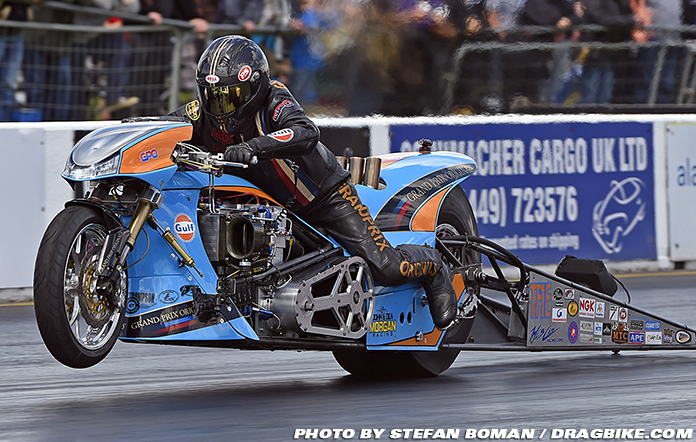 Along with the usual members the team was joined over the three days by a TV crew of five people from Discovery Canada’s in-house production company who were filming the team as the subject of an episode for season two of the series `Megaspeed’. 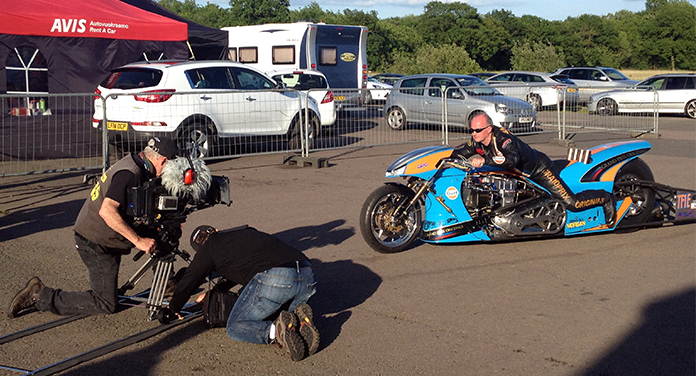 However, inclement weather led to cancellation of the first day of qualifying and with the weather radar showing better conditions for the next day but forecast a return of wet weather for Monday race day all teams had to take best advantage of the two remaining qualifying runs.

And the team hit the ground running with an off the trailer shakedown pass of 6.26 secs @ 189.64 mph (3.997 secs @ 194.2 mph at the 1/8th) to put the team into number one qualifying position despite Ian having to come off the throttle early as the wind caught him towards the top end. 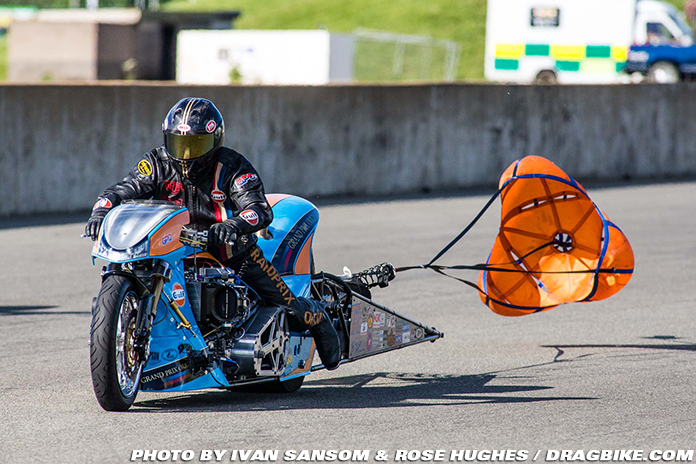 And this was the end of the team’s weekend as the forecast proved true raining off the final day of qualifying.

However, despite their disappointment the team once again made history as their European Championship lead coupled with their US Championship lead made them the first team to lead these premier Top Fuel Championships on both sides of the Atlantic at the same time. 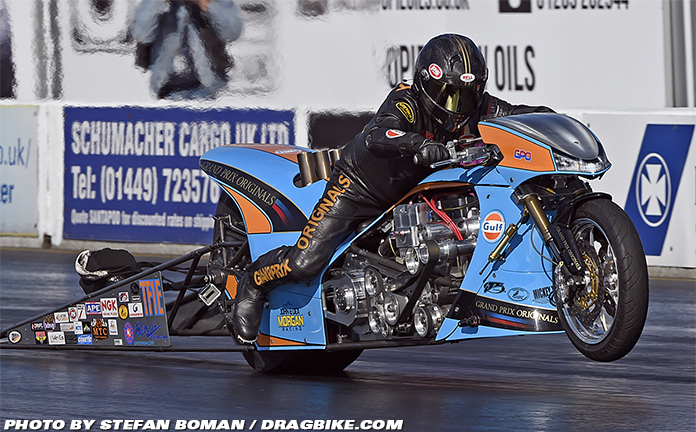 The team move on to Alastaro in Finland for the FHRA Nitro Nationals on the 4th – 6th June for the second round of the FIM European Championship.

The Gulf Oil – GPO Dragracing team uses and endorses exclusively Gulf Oil greases and lubricants in their history making machine. The team is extremely proud to be supported by many leaders in their chosen markets in winning the 2013 European Championship and in their 2014 endeavours:-

For more information on Gulf Oil Dragracing go to www.gulfoildragracing.com

DME Racing Ready to Launch into a New Year DME Racing will start the 2021 Pro Street season with a new rider on the World's...
Read more