The Gulf Oil Top Fuel Motorcycle Dragracing team kicked off their new season in style with consistency of the highest order, a new European Record and an event win to take an early lead in the 2016 FIM European Dragracing Championship. 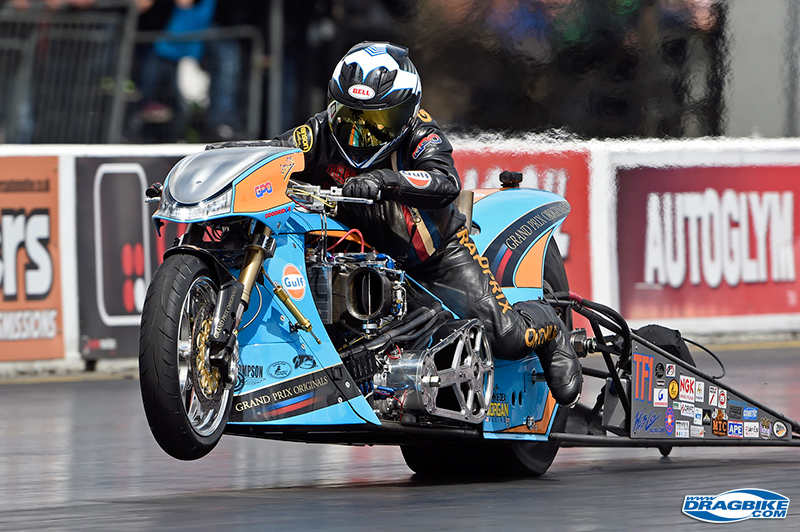 The target for the team was 5 second consistency and so small but meticulous technical enhancements particularly in areas such as clutch were undertaken over the winter stop. This approach was proven effective when an off-the-trailer first competitive pass of the year 5.95 seconds @ 239.85 mph pass, and a new European speed record if backed up within 1% in any subsequent run of the weekend. However, the team were plagued with damaged drive & rear wheel sprockets and drive chains on each and every pass due to the problems also experienced by many riders in this machine category across the globe due to chain stretching issues following an unknown and as yet unresolved change in manufacturing.

Video of the chain stretching on a run

The team remained in number one qualifying position for the entire two day qualifying session, running two more 5 second passes, one a 5.8172 seconds @ 233.77 mph, a new European elapsed time record to add to the potential speed record should it also be backed up within 1% over the event. 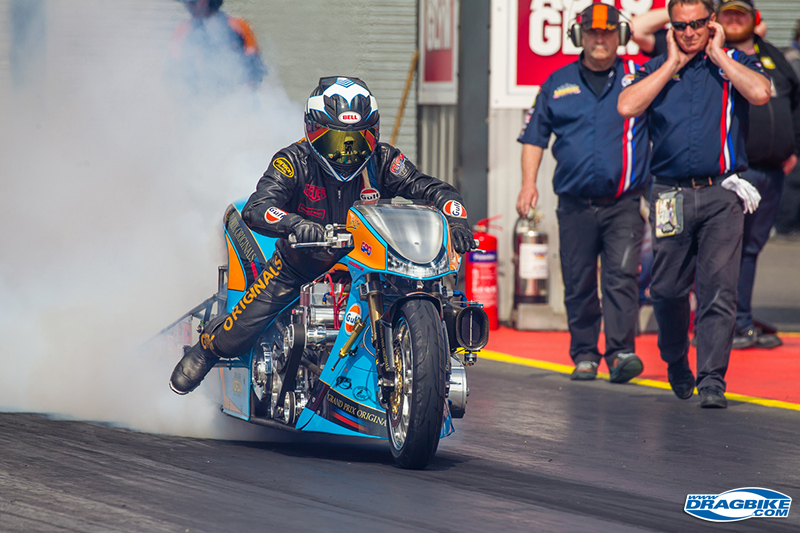 The first round of eliminations saw King overcome Glenn Borg despite breaking a drive chain mid way on the run, a slowing 6.46 seconds @ 163.68 mph still too quick for the Maltese rider.

Round two saw King run another five second pass, a 5.904 seconds @ 228.93 mph that would have been too quick for Greek rider Filippos Papafilippou even if his run had not been aborted at the start. 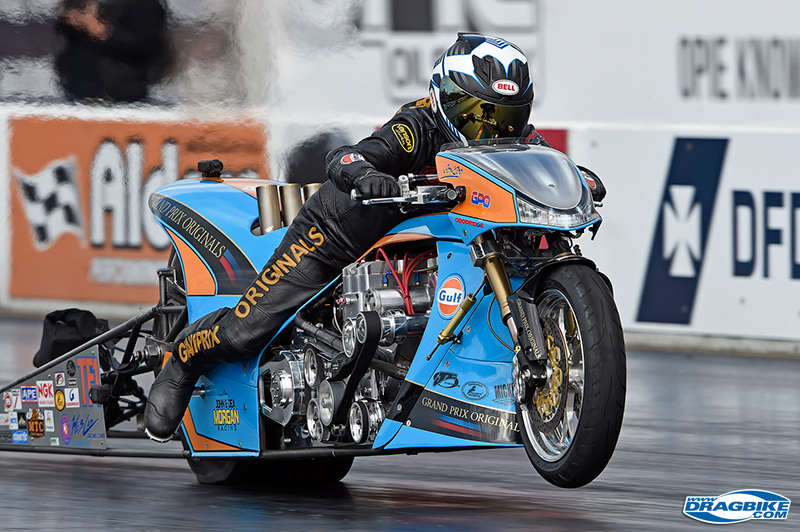 The final saw King up against his great friend and long time rival Rikard Gustafsson in what was looking to be a possible first European side by side 5 second run following the Swedish rider’s stunning 6.04 second pass earlier in the weekend in his debut competition on his own new Puma powered and supported nitromethane machine. Unfortunately it was not to be when the Swedish team suffered a minor technical issue that necessitated shutting off before staging, but King did not disappoint the expectant crowd with another fine 5.893 second run at 239.95 mph, his fastest speed of the weekend and resetting his own FIM European Speed Record.

A stunning start to the European Championship season for the team, number one qualifier, five x 5 second runs out of seven, a new European Top Speed record and an event win!

The Gulf Oil Dragracing team’s next event will again be in the UK after being invited by the Earl of March and Kinrara to appear once again at the world’s biggest and most diverse motorsport event – the Goodwood Festival of Speed within the grounds of his ancestral home alongside the great and the good from all aspects of motorsport. Click here to see the entry list. 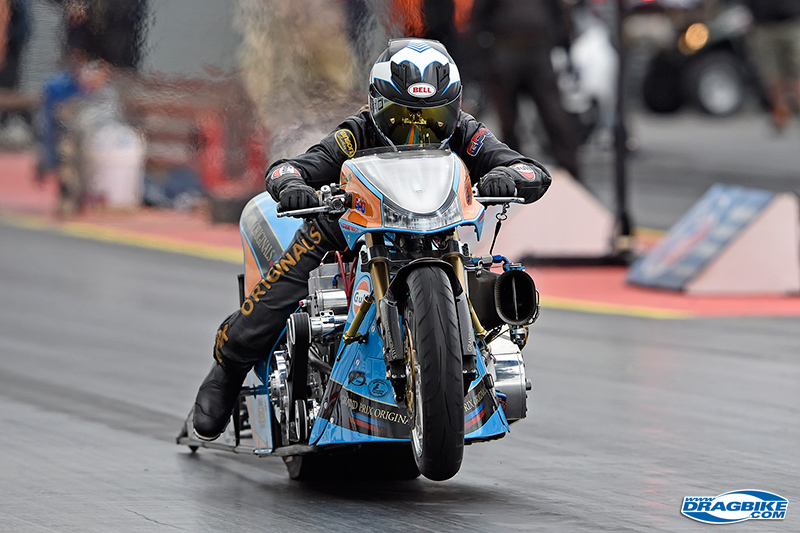