After a disappointing rainout in May, the Mickey Thompson International Drag Bike League™ (IDBL) returns to action with the MTC Engineering Summer Nationals on June 24-26. And Maryland International Raceway’s new smooth, black asphalt back half that the bikes barely got to touch in the wet of May can show it’s full glory in the June sun. 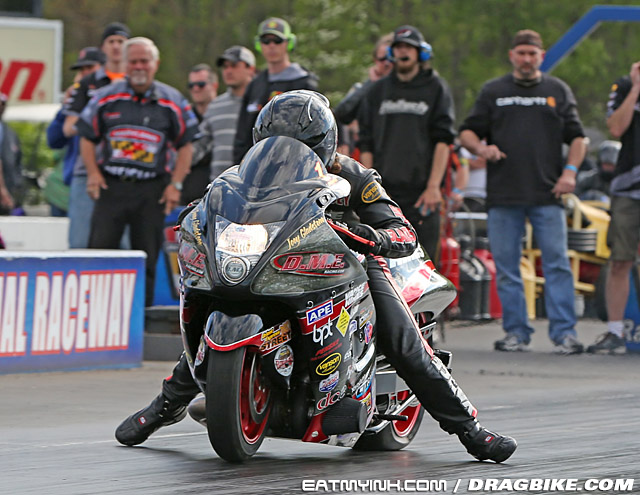 But the world’s quickest streetbikes are all stepping up big time and Gladstone can expect some serious challenges to his crown. His DME Racing teammates Terence Angela and Jason Dunigan, Williford Racing’s Ehren Litten and three-time champ Rodney Williford, the DAS Performance “Master Blaster” supercharged Suzuki Hayabusa of Tony Ficher, and more will all be aiming for high-wheelieing, high speed, Pro Street glory. 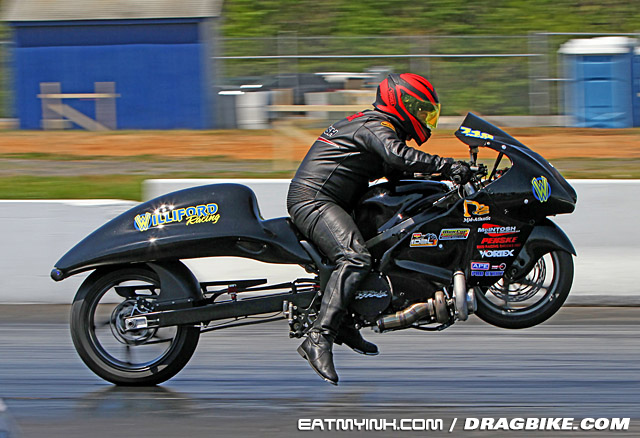 Gladstone’s DME Real Street all-motor ‘Busa has shown a clear performance advantage in that class so far in 2016, but the Delaware rider posted a rare round 1 redlight in April. Now he has to chase defending champion Anibal “Cannibal” Merced while battling with the rest of the field. Gladstone posted a very quick 7.739 before the rain came in May. 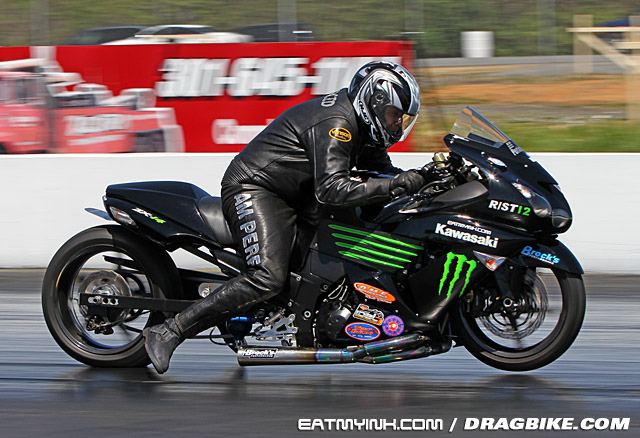 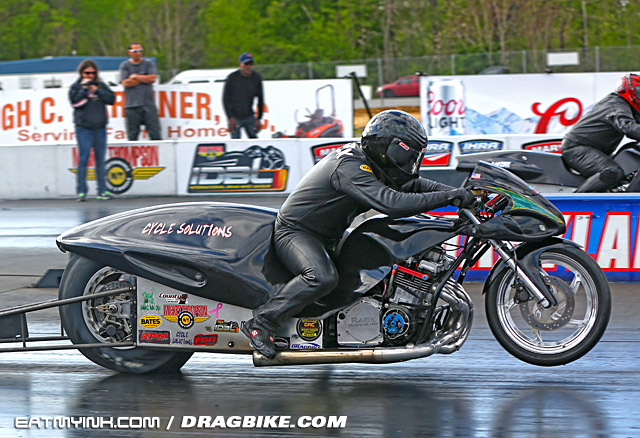 Top Sportsman distills its 32-bike field down from the quickest Shinko Pro ET bikes. MDIR homeboy Chris Clontz and veteran Delaware racer Jay Windsor are always in the fray with their 7-second dragbikes, but so are streetbikers like class champion Andre Jones and Clontz’s wife Kelly. 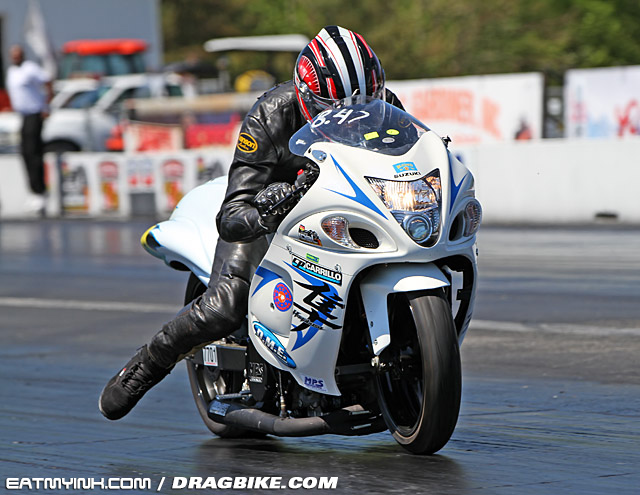 Grudge will take over the track until late Saturday night, with HTP Performance bikes “Redskin” and “Django” leading the way with riders Lavar “Lil’ Charlie” DeLee and Jeremy Teasley in the saddle. 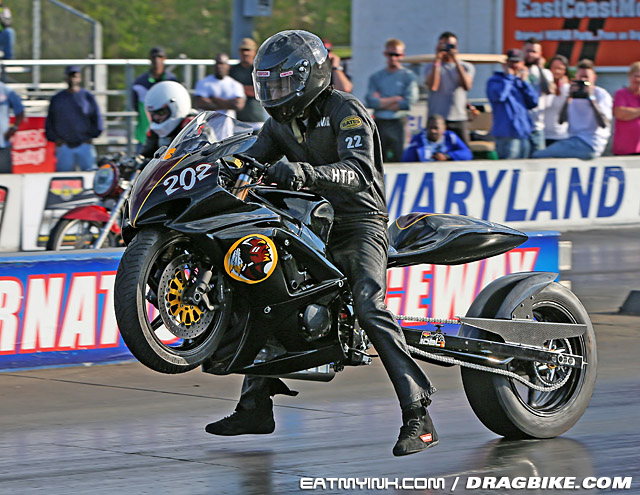 In appreciation of everyone that—despite a sketchy weather forecast—made the effort to attend the May event and turned in a tech card, a special $500 bonus will be paid to any of these loyal racers if they are Sunday class winners at the MTC Engineering Summer Nationals. All racer entry fee/crew/spectator tickets from May will be honored.

The whole staff of IDBL and MDIR can’t wait to send bikes down the finest 2-wheeled racing surface in the world—make sure your bike is one of them!

This report was prepared by Tim Hailey. Enjoy everything there is to read, see and watch about motorcycle drag racing and more at http://www.eatmyink.com